Everything wonderful about Chicken Cordon Bleu pressed into a crispy panini, this sandwich makes for a great lunch or dinner! 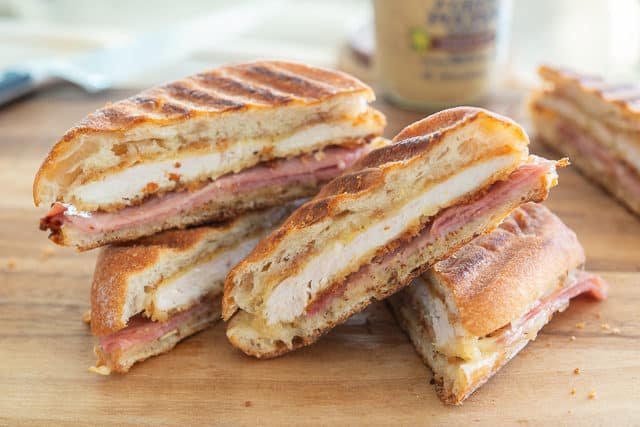 Chicken Cordon Bleu has always been one of my favorite recipes ever, and it’s all my older brother’s fault.

Andrew made Chicken Cordon Bleu all the time when we were growing up, and who can resist a crispy chicken breast stuffed with ham and cheese?

You can think of this sandwich as a fun way to enjoy a classic in a different form. 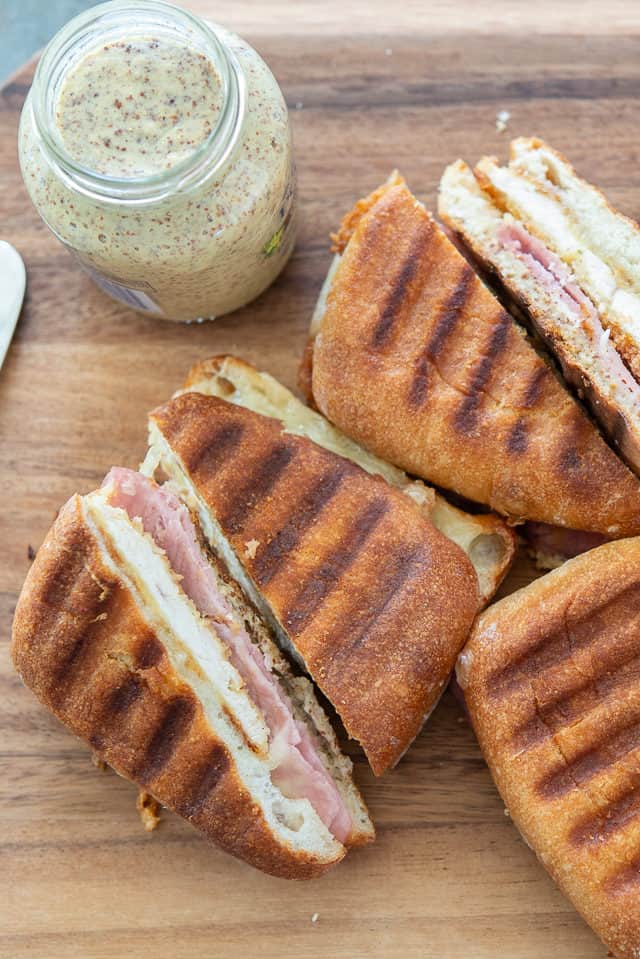 You’ve got crispy chicken milanese, ham, and swiss, sandwiched between your favorite bread and pressed on a panini grill until crispy.

It’s my second favorite sandwich between a Croque Madame.

I always follow the same process as my Chicken Milanese or Parmesan Crusted Chicken, basically just breading chicken with flour, egg, and breadcrumbs: 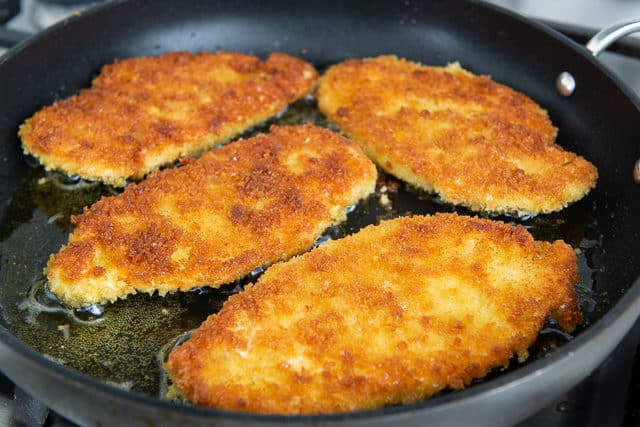 Fry them for about 4 minutes on each side until crispy, and they’re ready to go.

Next, cut four ciabatta rolls in half and butter the tops and bottoms: 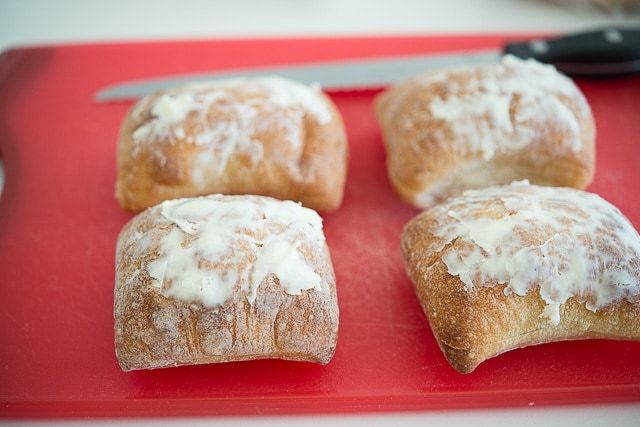 I like using ciabatta rolls for my paninis, but you can pretty much use whatever bread you’d like. A traditional sliced loaf works well too.

Spread mustard onto half of the rolls, then layer on ham and swiss cheese: 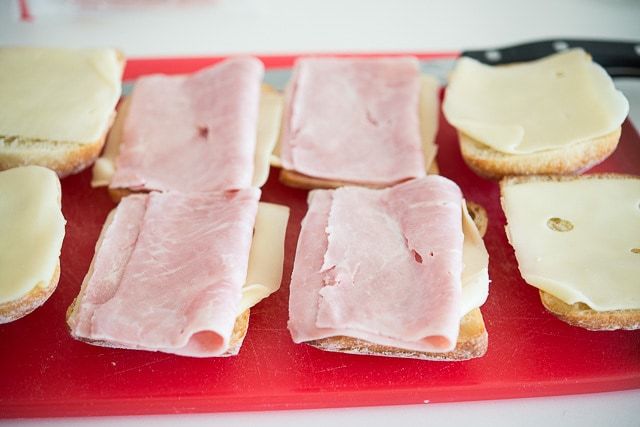 Cut the chicken cutlets to fit each sandwich: 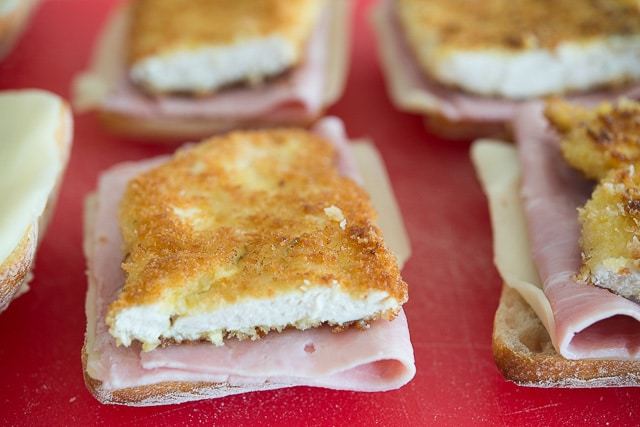 Put the tops on: 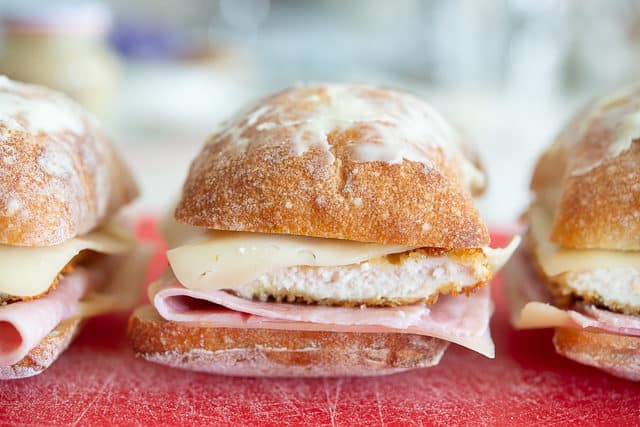 And now the sandwiches are ready to be pressed: 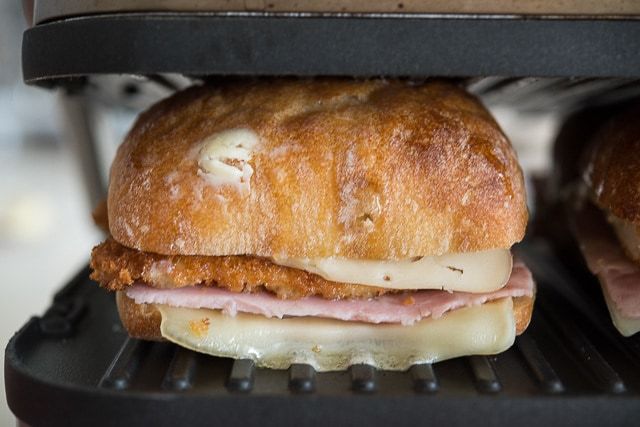 Press for about five minutes, until the bread is golden and crispy, and the cheese is melted. 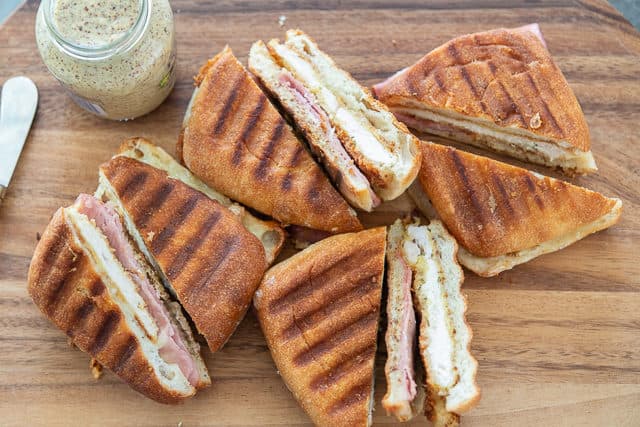 Cut in half and enjoy!

This Cheesesteak Sandwich, Eggplant Parmesan Sandwiches, and Italian Club Sandwich are some of my other favorite sandwiches to make. They are anything but ordinary. 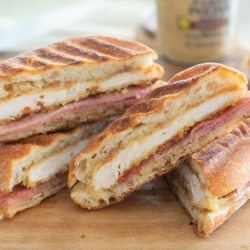 For the Chicken Cordon Bleu Sandwiches:

Side Dish Ideas for Pairing:

*I recommend a batch of Chicken Milanese or Parmesan Crusted Chicken here. There are detailed instructions, recipe amounts, and step-by-step photos in both of those posts, so I recommend following those. But if you want a quick summary of what you need, here it is: Place the flour, egg, and panko each in a separate dish. Whisk to blend the egg. Take each chicken cutlet, season it with salt and pepper, then coat it in flour, egg, and panko, in that order. Pan-fry in a skillet filled with enough olive oil to coat the bottom of the pan, for 4 minutes over medium, until golden and crispy.