This Panini has all the flavors of Apple Pie between two crispy pressed slices of cinnamon bread. It’s crispy, sweet deliciousness! 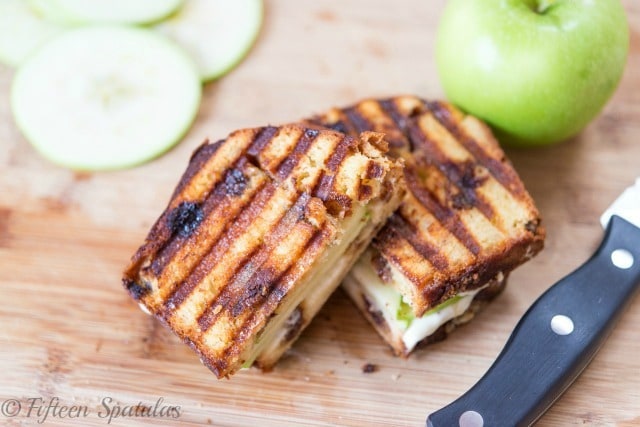 If you’re looking for an apple pie experience without all the work of making an apple pie, this is a recipe you must try.

This Apple Pie Panini is the brainchild of my friend Kathy Strahs, who blogs over at Panini Happy. As you might guess from the name, it’s all about creations made with the panini press. Kathy recently published her first cookbook, The Ultimate Panini Press Cookbook, and it indeed has every recipe imaginable for amazing sandwiches, grilled dishes, and even homemade ice cream cones.

I bookmarked quite a few recipes, but I knew I had to try this Apple Pie Panini first. We love all things apple in this house, from Crockpot Applesauce to Cinnamon Sugar Baked Apple Chips, so it was a no brainer! 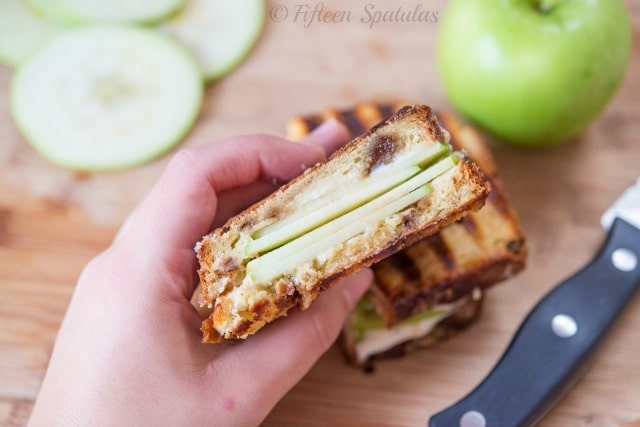 First you’re going to take two slices of cinnamon raisin bread (I used a homemade recipe that I’ll be sharing on Thursday), and spread the outside of each slice with room temperature butter: 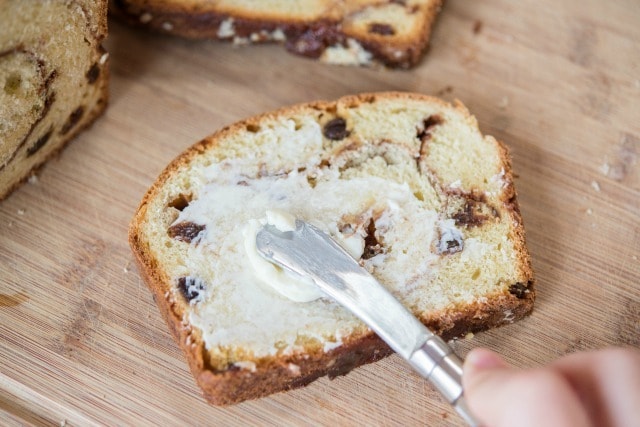 Flip the bread over and spread the other side with a honey mascarpone mixture: 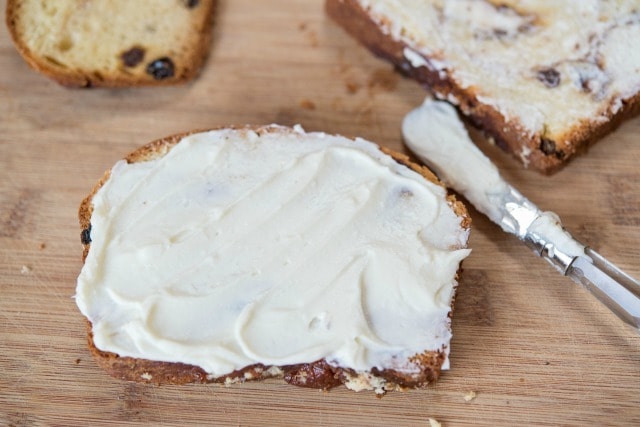 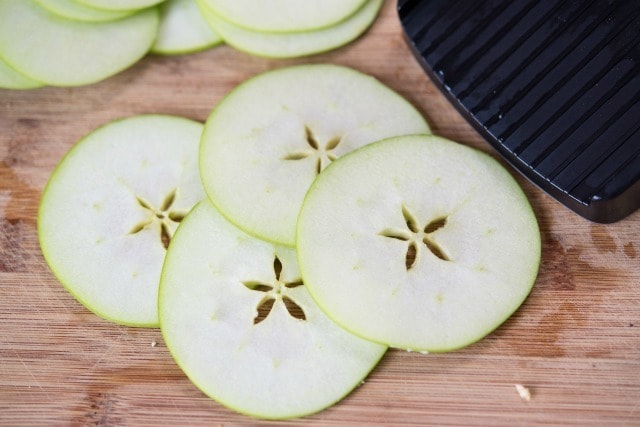 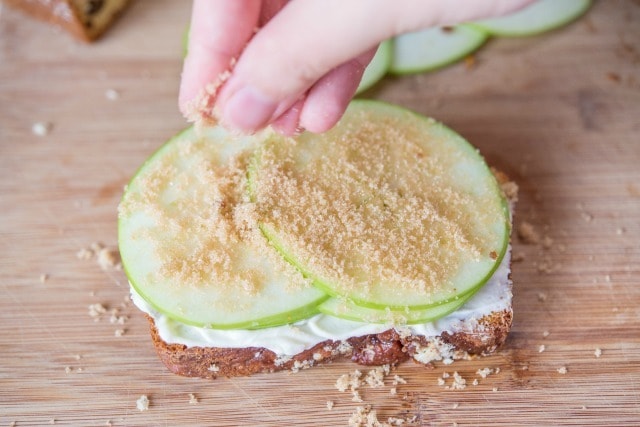 Add the other slice of bread on top, butter side up: 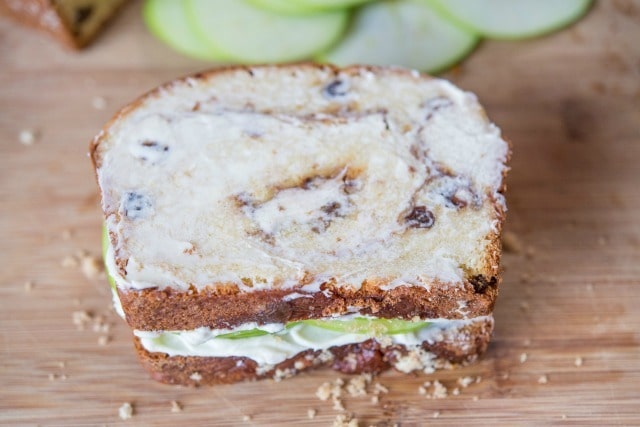 Sprinkle a little extra brown sugar on the outsides of the bread, and place the sandwich in the panini press: 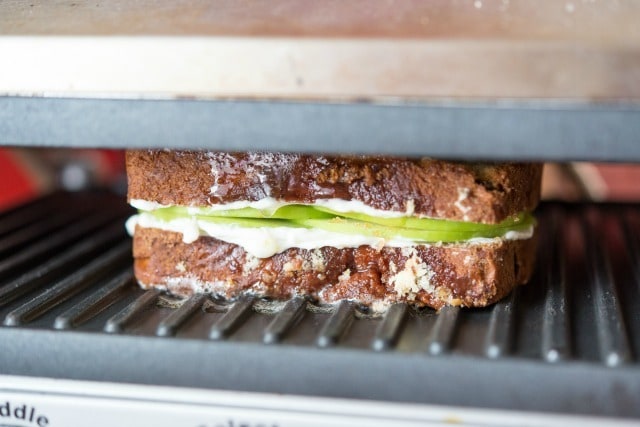 Press the sandwich for 3-5 minutes until the bread has a crispy, golden brown, caramelized crust: 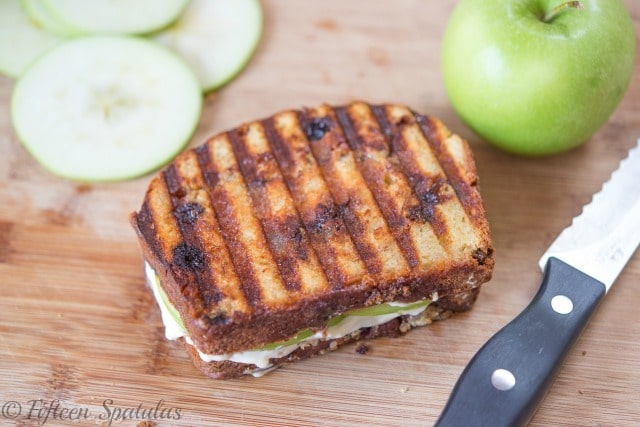 Slice it in half and enjoy! Happy panini making! 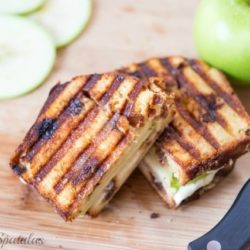 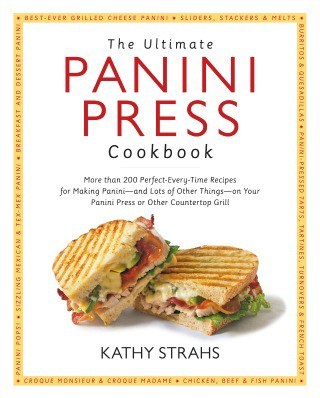