For this homemade Cheesesteak Sandwich, thinly sliced ribeye is paired with peppers, onions, and mushrooms, then topped with provolone and stuffed into a hoagie roll. 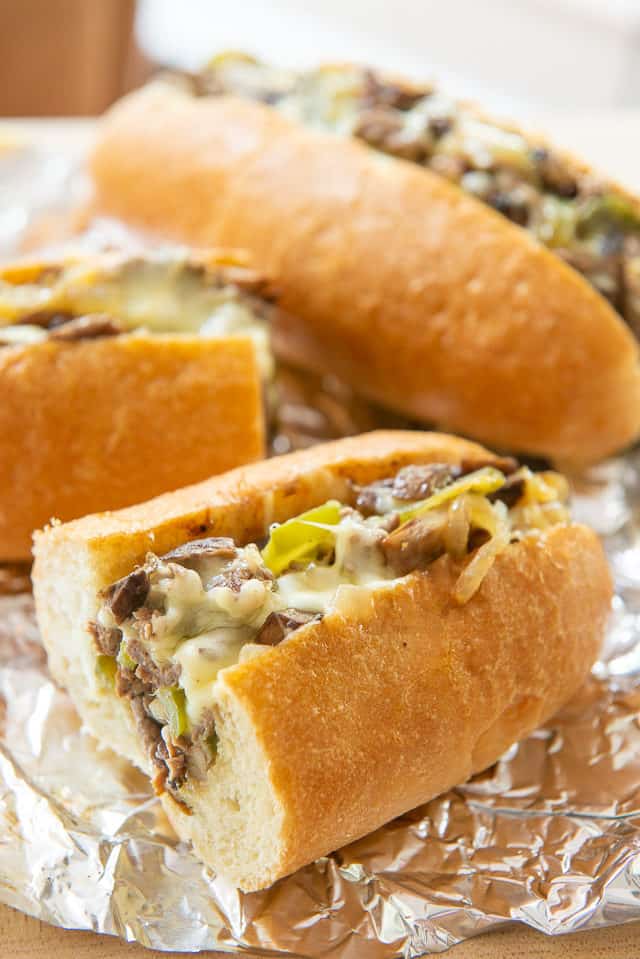 Even though I now live in Philly where the cheesesteak was born, I’ve been eating cheesesteak sandwiches ever since I was a kid growing up in Northern California.

There was a local cheesesteak shop in town and my family and I went there enough that we had one of those loyalty punch cards. Everything was always so good.

Even though I can go out and get a cheesesteak at a million different places nearby, my preference is to make them at home.

I get to use my own high-quality steak, and make a generously stuffed sandwich at a fraction of the price of dining out. It’s a win-win. 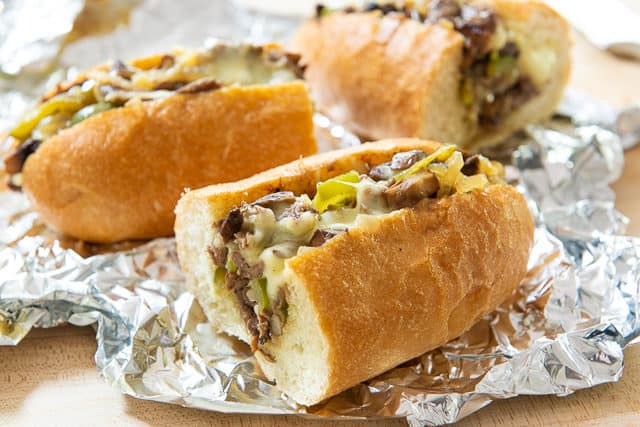 This is my favorite kind of cheesesteak, but let me note that this is not a traditional Philly cheesesteak. The original rendition involves Cheez Whiz, which…no thank you.

I prefer to use a gooey sliced provolone, which has a pretty neutral flavor, but binds everything together in gooey, melty strands of cheese. It’s good stuff.

How to Make a Cheesesteak Sandwich: 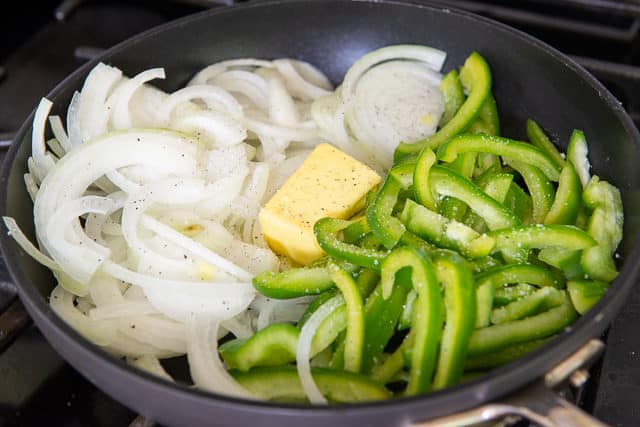 Cook for about 15 minutes, until everything has softened: 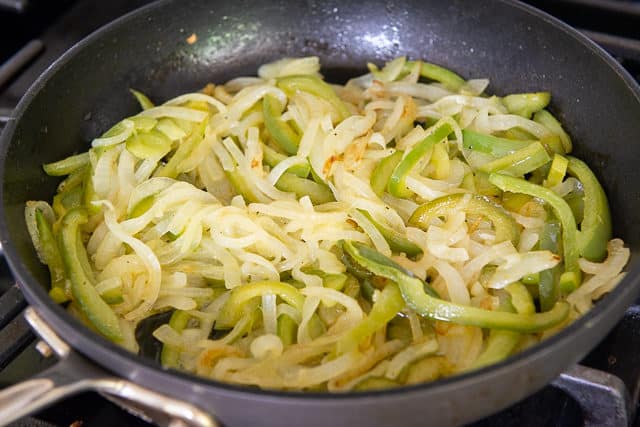 Remove the peppers and onions from the skillet and add chopped baby bella mushrooms. Cook them until they are thoroughly browned: 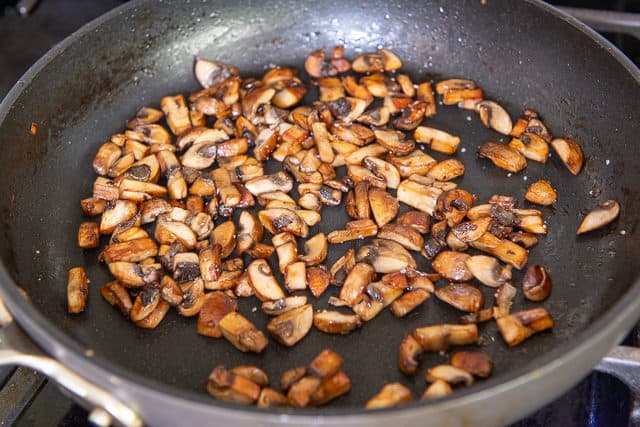 Remove the mushrooms from the pan, and cook thinly sliced steak in two batches, until browned and cooked through: 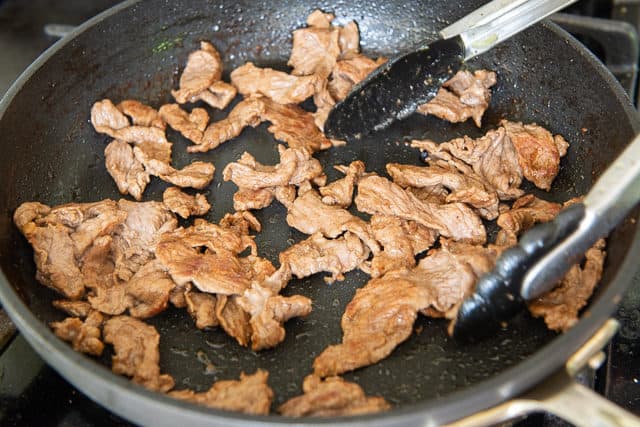 Also, if you can buy it pre-shaved, you can save yourself a lot of knife time.

But you can also just slice a couple ribeye steaks yourself. It’s easier to slice if the steak is slightly frozen, by the way.

When the beef is cooked, add the peppers, onions, and mushrooms back in, and toss it all around: 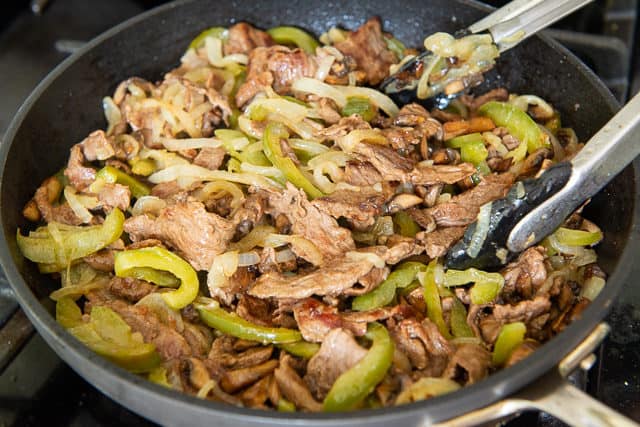 Divide the filling into four sections, and put two slices of provolone cheese on each one: 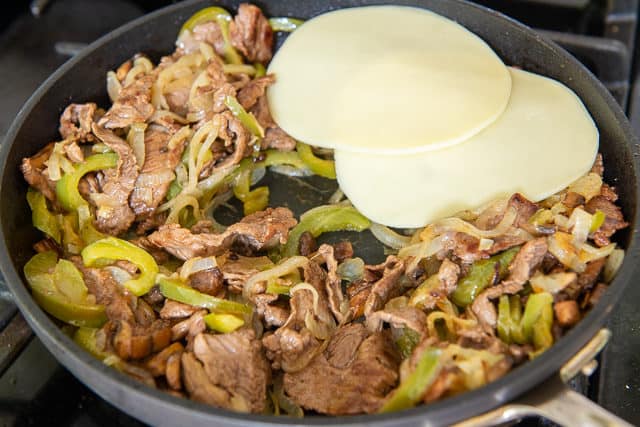 Cover with a lid or pop the pan into the oven for a few minutes to melt the cheese slightly so that it drapes over the meat and veggies: 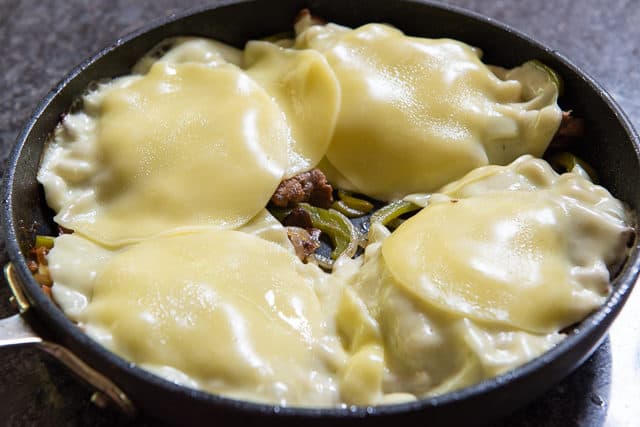 Slice some hoagie rolls in half almost all the way through to the bottom, then spoon a section of cheese covered meat and veggies into each roll: 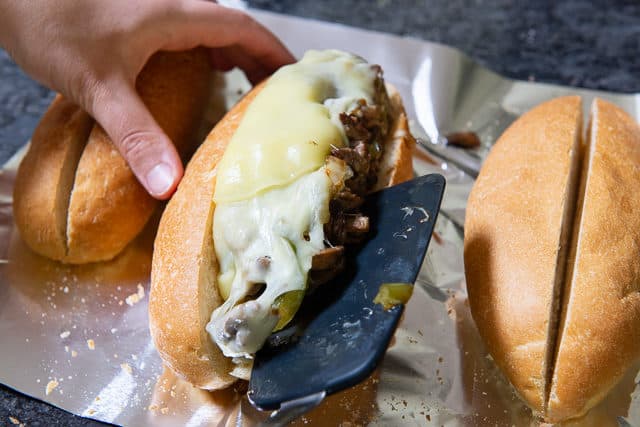 Then wrap each hoagie tightly in aluminum foil, to seal: 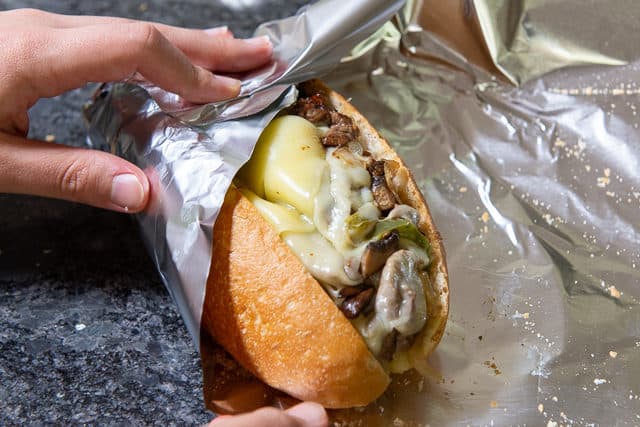 Place all of the cheesesteak sandwiches on a sheet pan, so they can bake in the oven: 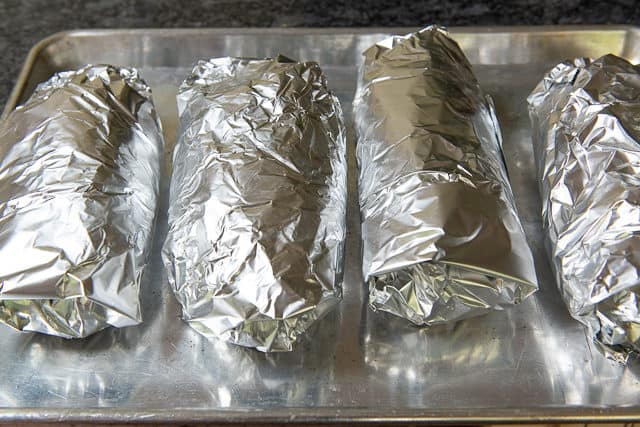 The oven time will further melt the cheese, warm up the bread, and give the meat and veggies time to soak the hoagie rolls a little bit.

It gets slightly soggy, but in a pleasing way that’s very intentional here. It helps the sandwich meld. 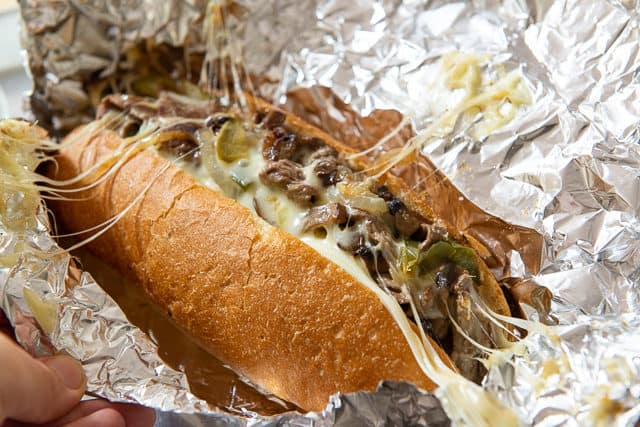 Slice the cheesesteak sandwiches in half, and serve while hot and gooey. 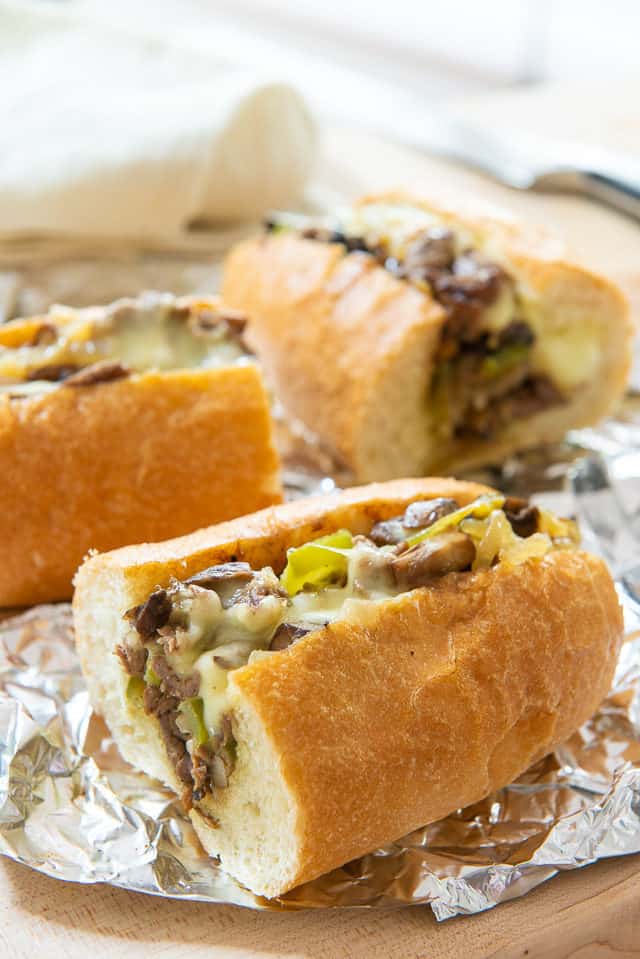 Eggplant Parmesan Sandwiches, this Italian Club Sandwich, and Muffuletta Panini are a few of my other favorite hearty sandwiches on the blog. Enjoy! 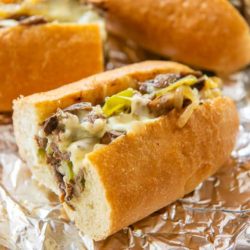 *Strip steak works great too. For slicing, if you can buy the beef pre-shaved, that will save you a lot of prep time. If you're slicing it yourself, freeze the steak for 30 minutes, and prep and cook the other ingredients while you wait. Freezing the steak makes slicing MUCH easier. Recipe adapted from The Little Kitchen.