This Muffuletta Panini has all the elements of the classic New Orleans sandwich, pressed into a cheesy panini and grilled until crisp. 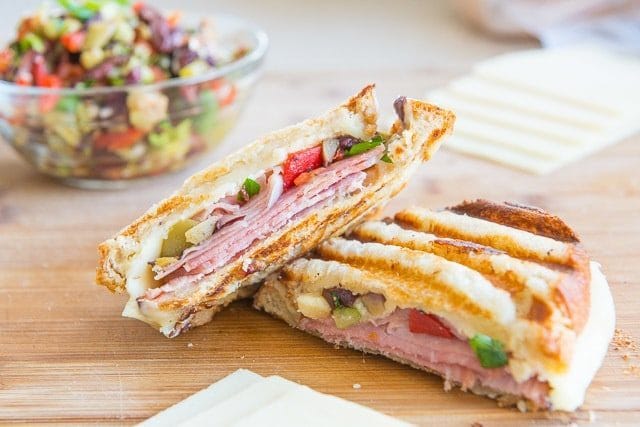 If you’ve ever been to New Orleans, you probably have an idea of why a total cold-weather creature like me would consider braving the sweltering heat and living there for a year, just to eat the food.

One of my favorite foods from New Orleans is the famed Muffuletta Sandwich.

What is Muffuletta? It’s an Italian sandwich filled with an olive salad, Italian meats, and cheese, and it’s generally regarded as one of the best picnic sandwiches around. It reminds me so much of an Antipasto Platter, but in sandwich form.

I do love a classic picnic sandwich, but I thought, what if you take all the elements of the Muffuletta and press it into a gooey, cheesy, golden, crispy panini?

It’s even better, if you ask me. 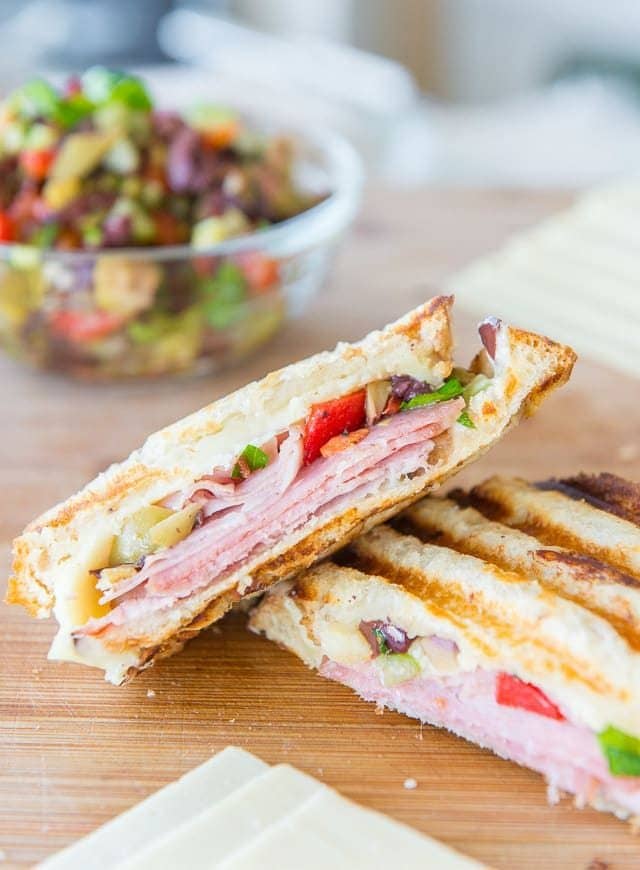 Any situation where you take things into the “golden brown and crispy” territory is always a good idea in my book, and this is basically like a cross between a grilled cheese and the muffuletta. 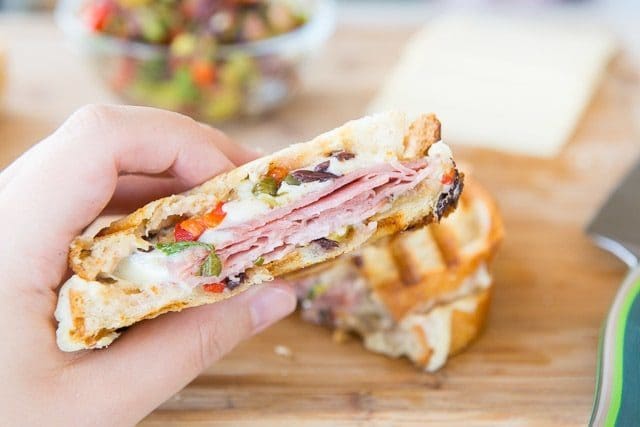 Let me show you how to make it!

How to Make Muffuletta Panini:

The olive bar at my grocery store actually has a fresh muffuletta mix that you can buy, so if it’s available to you, feel free to use that as a shortcut if you prefer.

I’ll show you how to make my abbreviated homemade version.

Everyone’s muffuletta mix is a little bit different, but here I like to use green olives, kalamata olives, roasted red pepper, celery ribs and leaves, parsley, capers, and garlic as the main fresh components. 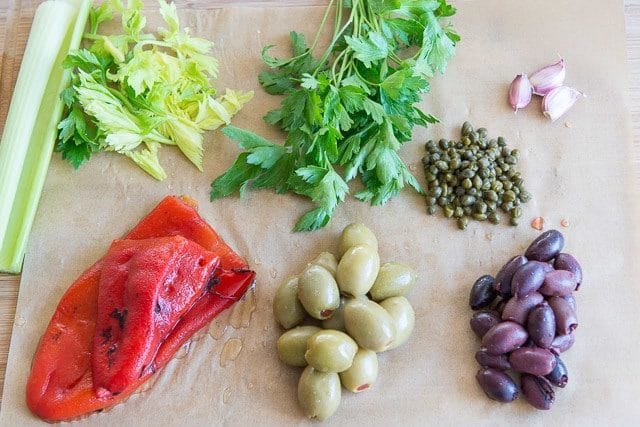 Chop all the ingredients into small pieces, and place into a bowl. 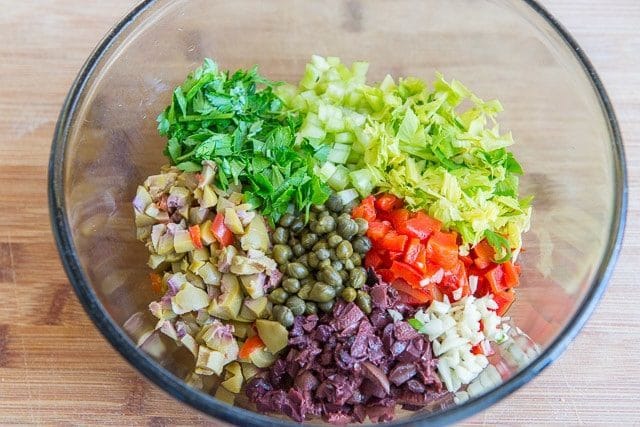 Mix all the olive salad ingredients with a splash of vinegar, olive oil, and black pepper, then mix well.

Try to let it sit for two hours, so the flavors can meld together. 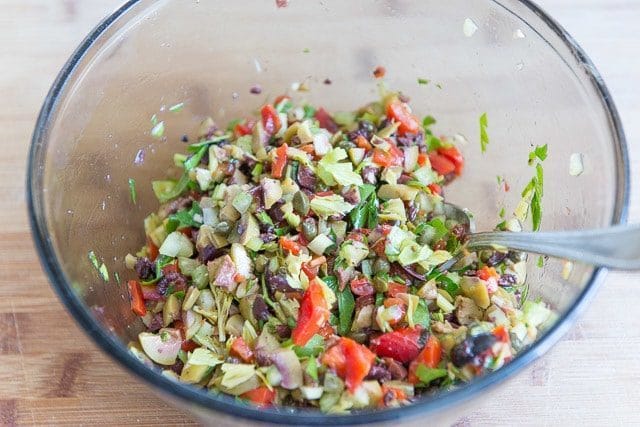 When you’re ready to make the panini, lay out all the meat and cheese.

For the meats, I’m using mortadella, ham, and genoa salami. And for the cheese, I’m using a 4-cheese Italian blend.

Heat up a sandwich press, then spread the outsides of two slices of Italian bread with softened butter. 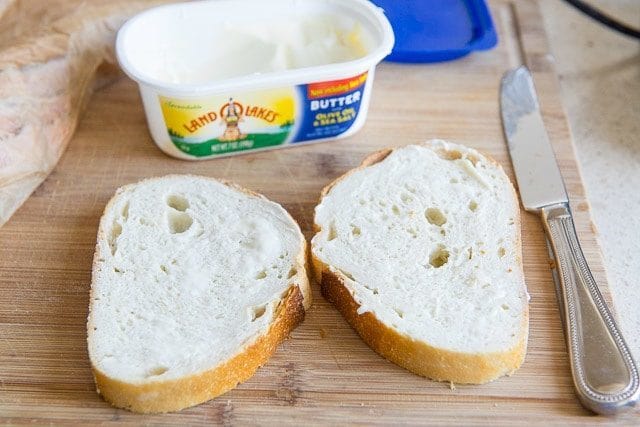 Flip the bread over and add a couple spoonfuls of the olive salad. 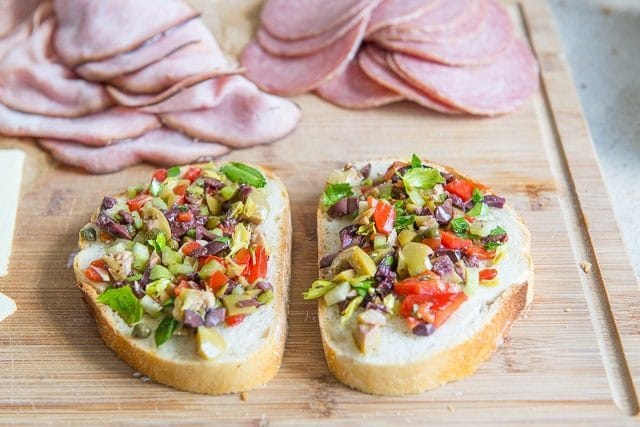 Then cover the olive salad with cheese. 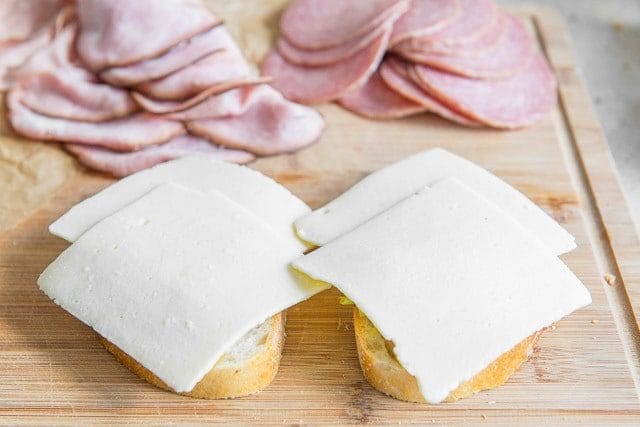 Next layer on the mortadella, ham, and genoa salami. 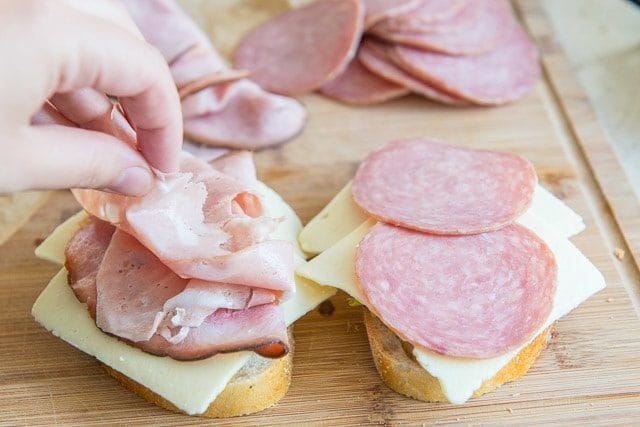 Put the sandwich together and get it on a hot panini press. 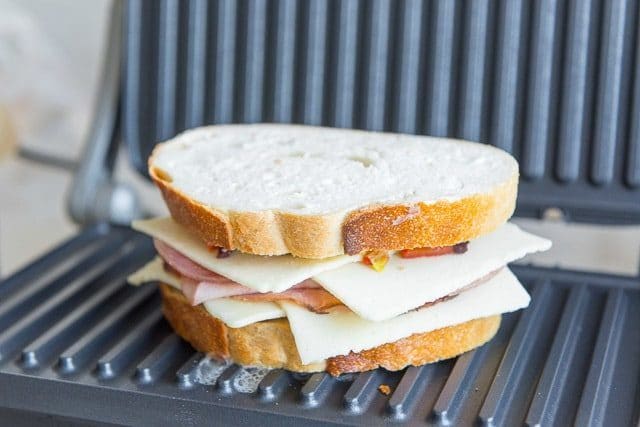 Press the lid down and let the sandwich compact and crisp up.

Once the cheese is melted and the bread is crisp, take the panini off the press and move to a cutting board. 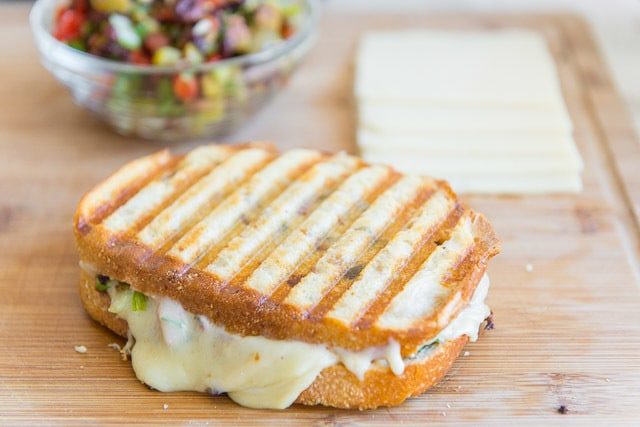 Cut it in half and it’s ready to enjoy! 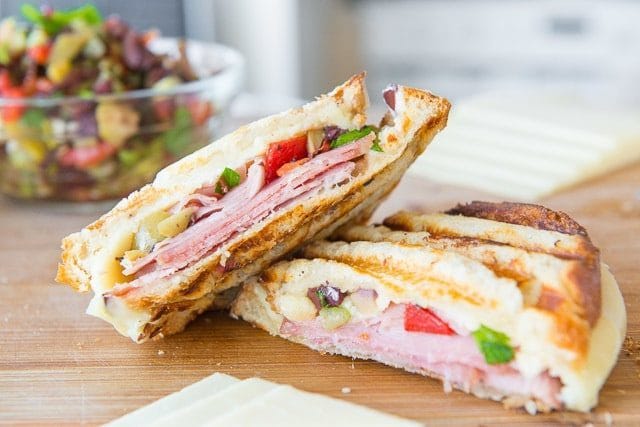 Eggplant Parmesan Sandwiches and this Jalapeno Grilled Cheese are some of my other favorite hot sandwich recipes on the blog.

For the olive salad: