These heavenly Eggplant Parmesan Sandwiches make for an easy and delicious hot lunch.

Crispy fried eggplant is layered on a ciabatta roll with parmesan and mozzarella cheeses, marinara sauce, and fresh basil. 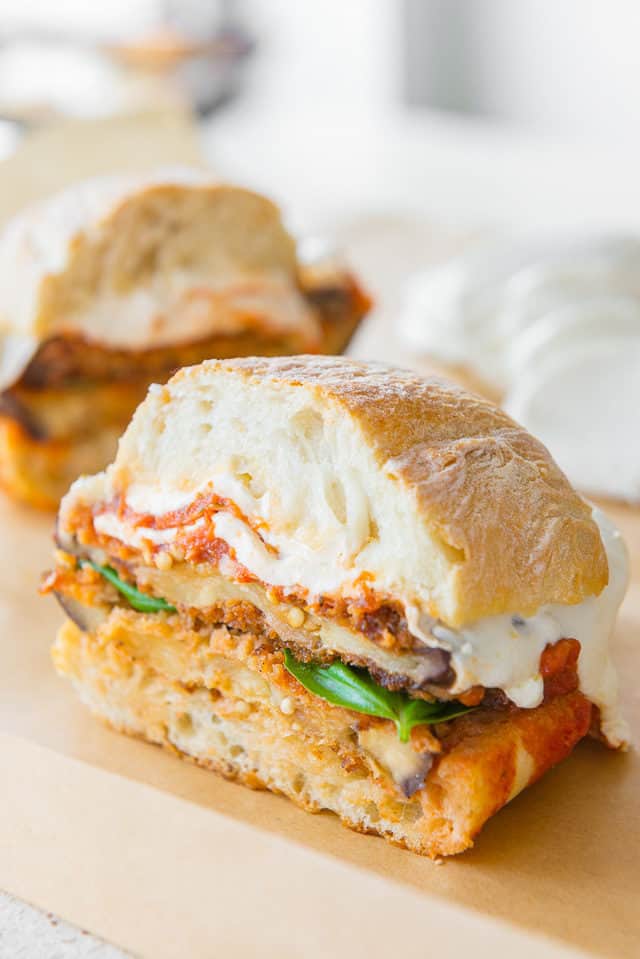 I get the convenience of a simple PB&J, but I LOVE the more elaborate sandwiches. Especially the hot and cheesy ones!

Thanks to a local NYC restaurant called Parm, I recently fell into a TOTAL sandwich craze. Remember this Italian Club Sandwich I posted a month back? That was a recreation of a Parm sandwich.

And today we will tackle another pick from their menu, the Eggplant Parmesan Sandwich. 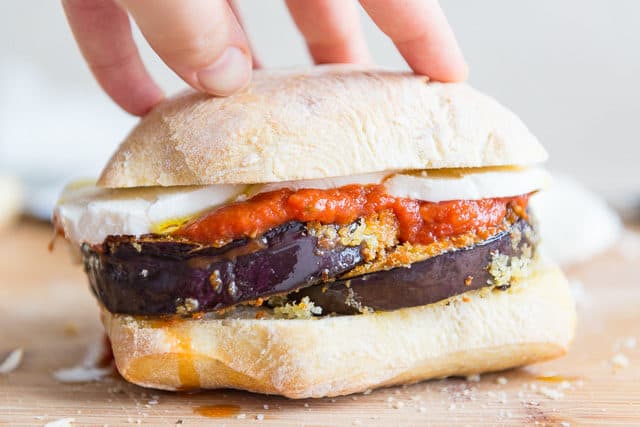 Chicken Parmesan is one of the most loved recipes on this earth, but personally I love Eggplant Parmesan even more, and always have.

There’s something about that crispy eggplant texture that I can’t get enough of.

And let me say, even eggplant haters love this sandwich.

My husband has never been an eggplant fan but totally devoured these. 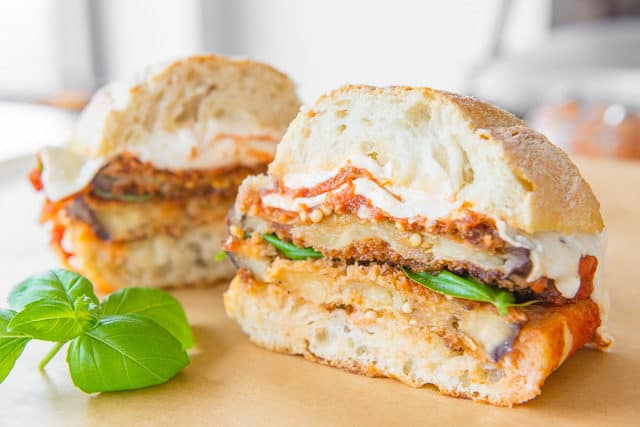 When my husband saw me editing these photos he said, “I want to eat another sandwich.” When I told him to go ahead and eat another one, he said “but my belly is still full from the last two.”

How to Make Eggplant Parmesan Sandwiches:

The first thing you want to do is slice up a couple eggplants into disks: 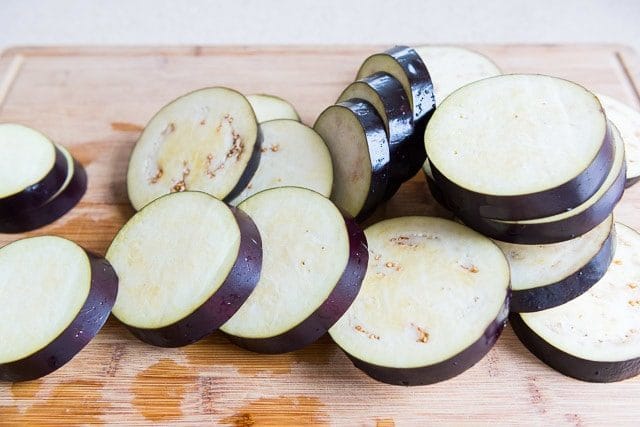 Make sure you pick firm eggplants from the store, that don’t have any indentations in them.

A quick note on “draining” the eggplants: If you have the time, go ahead and salt the eggplants and let them sit for 30 minutes to drain, then brush the excess salt and moisture off with paper towel. If you don’t have the time, I found that in this recipe you can get away with not salting them and letting them sit. 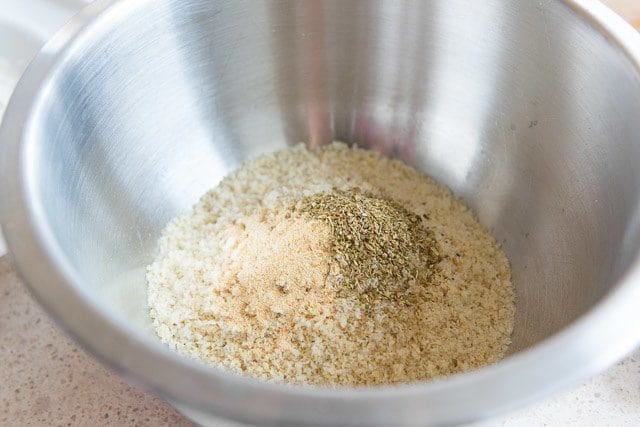 In another two bowls, add flour to one, and eggs in another: 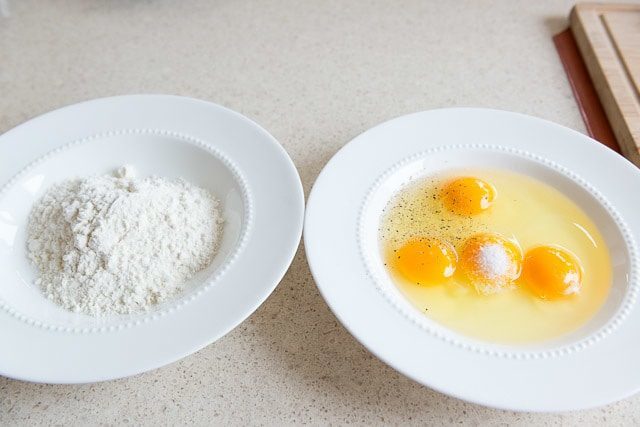 Dip each eggplant slice into the flour: 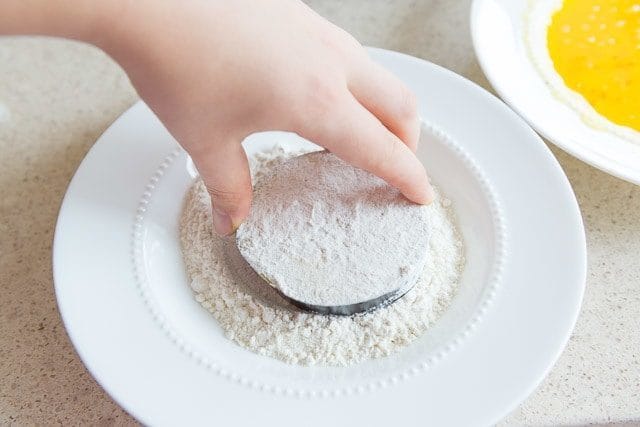 Then into the egg: 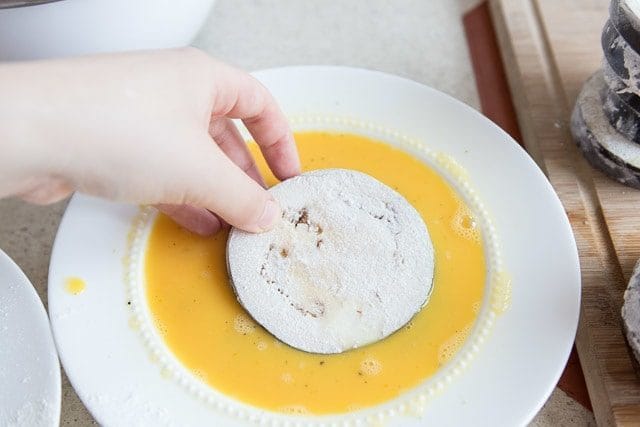 Then into the bread crumbs: 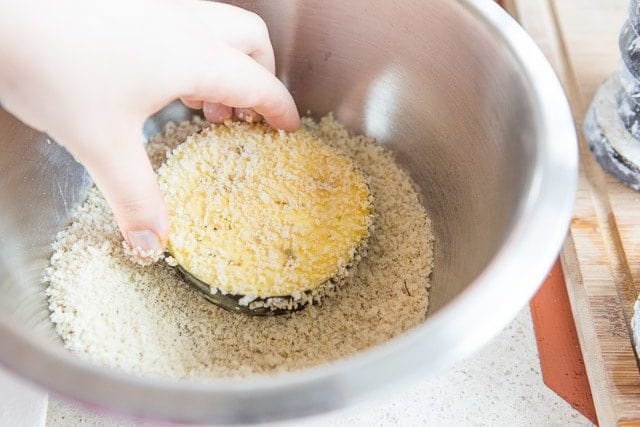 Fry the eggplant in batches for a few minutes on each side, until golden brown: 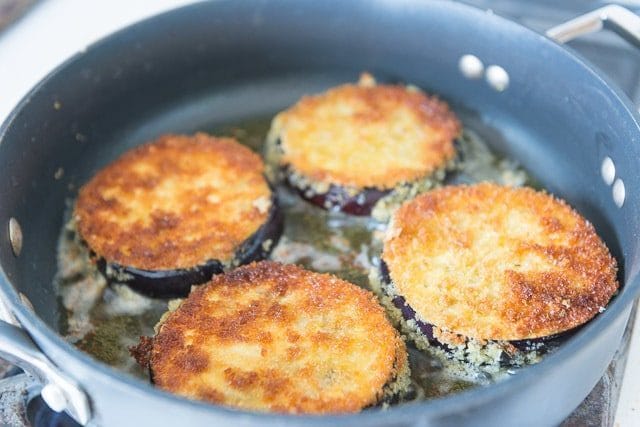 To assemble each sandwich, slice a ciabatta roll in half and lay on a few crispy eggplant slices, seasoned with salt and pepper: 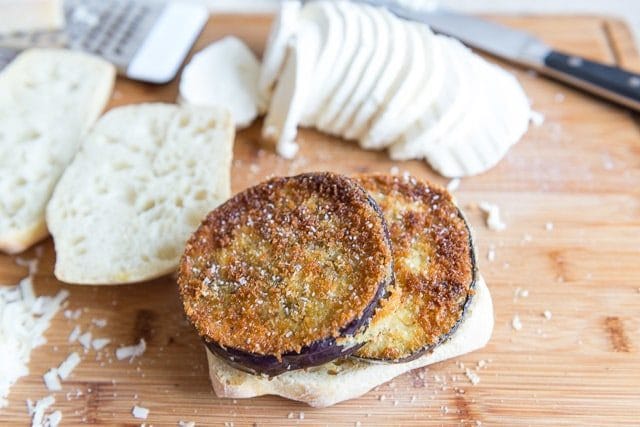 Add a layer of grated parmesan cheese, then a layer of marinara sauce: 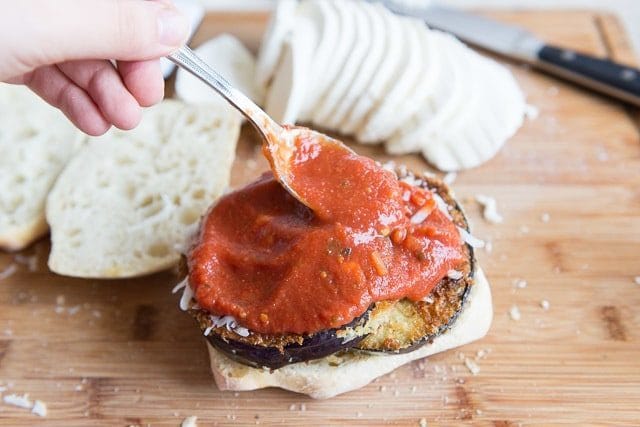 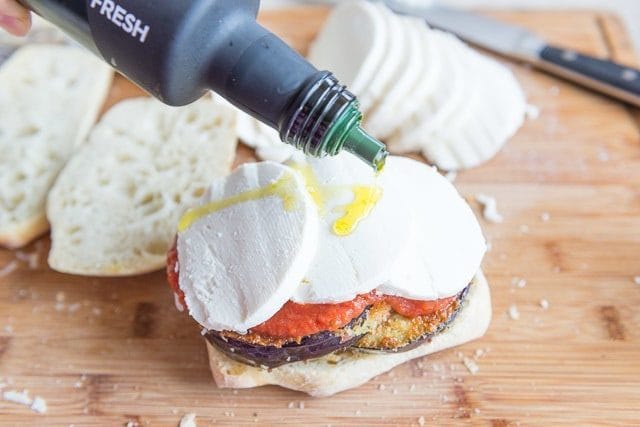 Sprinkle the mozzarella with salt and pepper, then put the top piece of bread on.

Bake the sandwich(es) in a 350F oven for 10 minutes, so the ciabatta can toast nicely and the mozzarella cheese melts.

Then you can stick a few basil leaves inside the sandwich, for a final touch: 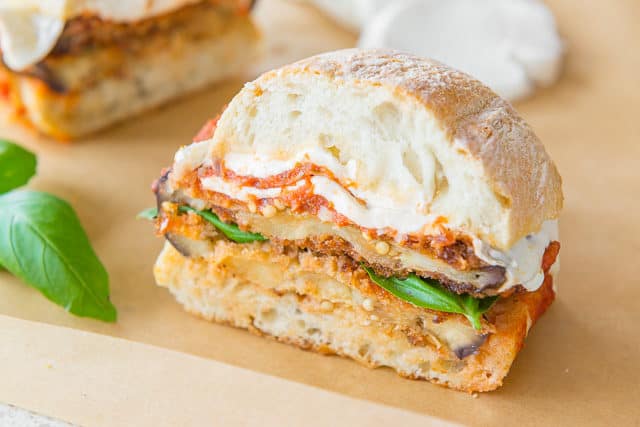 These definitely qualify to be a meal on their own, but you can also add a side salad like Zucchini Ribbon Salad or Kale Salad. Enjoy!

Lasagna is another one of my favorite recipes that has a similar flavor profile. Leftovers keep beautifully too! 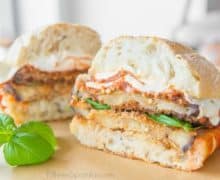 For the Eggplant Parmesan:

Products used in this recipe:

(may include affiliate links) 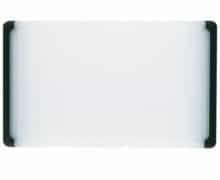 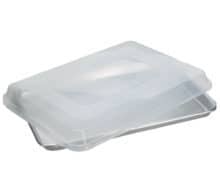 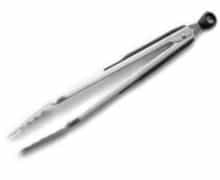