Like mini spanikopita cups, these phyllo bites are filled with zucchini, spinach, scallions, and feta. They’re great for a light appetizer or snack. 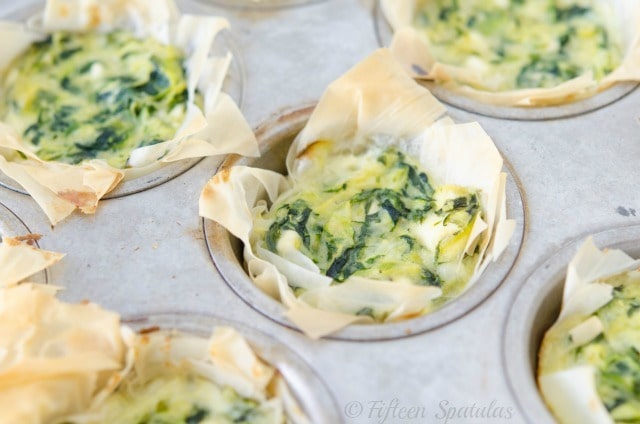 Do you get tired of sauteed vegetables from time to time?

Many times I’ve spent so much time on the main course or dessert that in order to get any vegetables on the plate, I have to do something simple like a quick saute with olive oil, garlic, and salt. Sauteed vegetables are good enough in a pinch, but sometimes I want my vegetables a bit more dressed up. That’s where today’s recipe comes in!

These phyllo cups are little bites made mainly from grated zucchini, spinach, feta, a little gruyere, and egg, and it’s one of my favorite ways to eat zucchini and spinach. 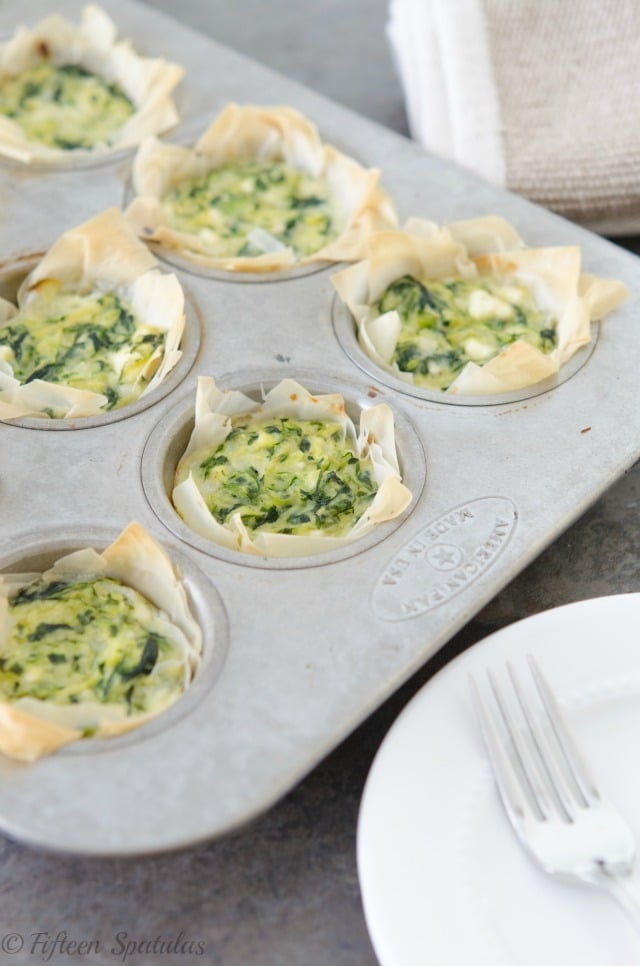 The veggies are nestled inside a phyllo cup, and you can put as much or as little phyllo as you want to line the muffin tins, depending on how much crunch you’d like. I did 3 sheet layers in each cup, which is just enough to line the tin but still gives you that “a million pieces shatter in your mouth when you bite it” crunch effect.

To prep the vegetables, you want to cook the water out. Wilt the spinach for a few minutes over high heat, drain the water, and do the same with the grated zucchini. This prevents our phyllo cups from getting watery. 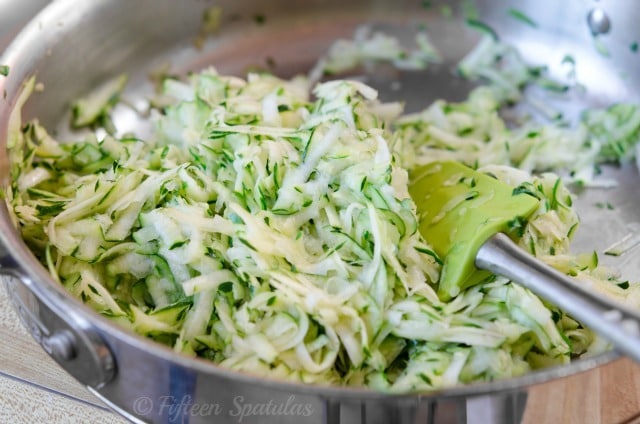 Then it’s just a matter of mixing the cooked spinach and zucchini with egg, scallions, feta, gruyere, plenty of black pepper, and a couple tbsp of flour to help thicken. Scoop this mixture evenly into phyllo lined muffin tins: 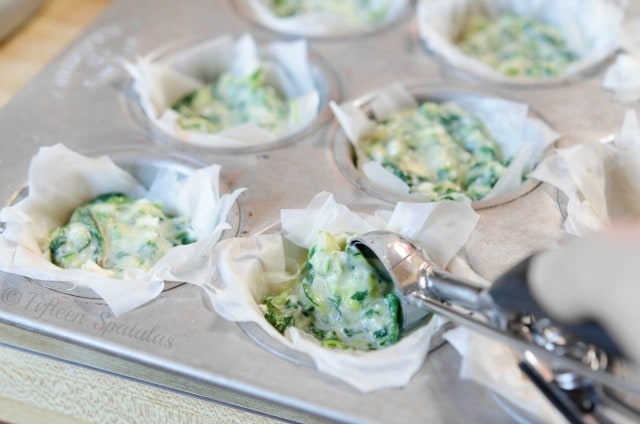 Into the oven they go for 25 minutes until the inside has set and the phyllo is golden brown on the edges: 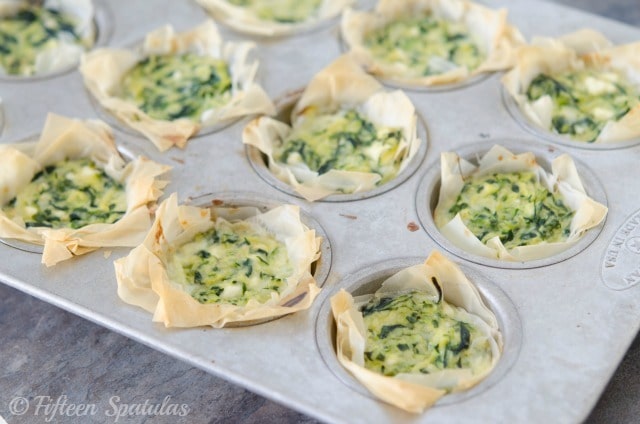 Make sure to remove them promptly from the muffin tins to prevent the sides of the cups from getting soggy. 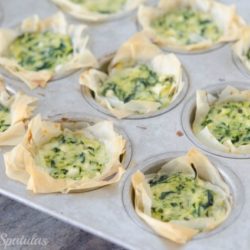 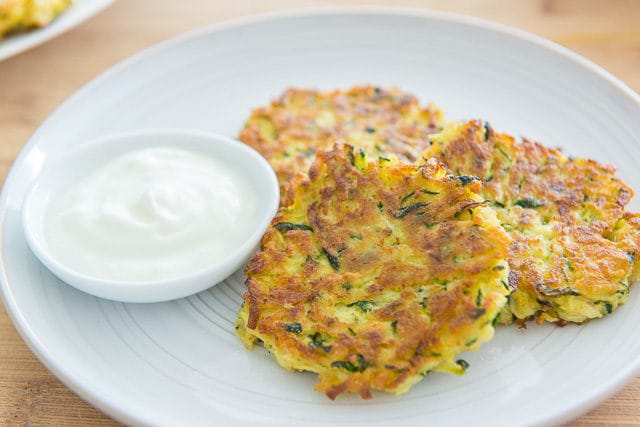