These Mini Apple Pies on a Stick are a fun bite-sized dessert! The crust has cheddar in it, which is a delicious savory compliment to the apples. 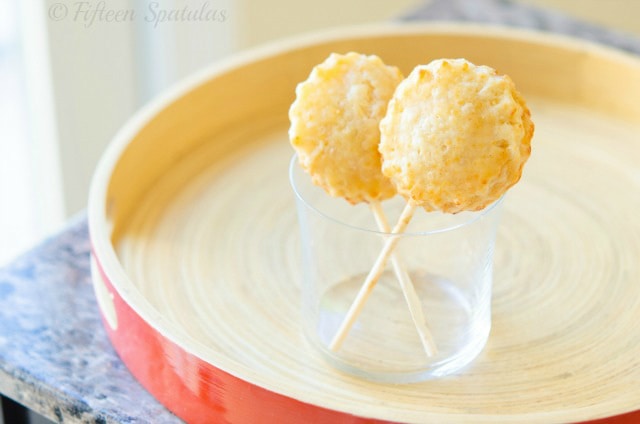 Have you ever eaten a pie and thought, this could really use more crust? You know, I’m talking about those single crust pies…it’s totally not enough, and such a tease for the crust lover. If this is you, then today is your day!

These apple pie pops are a new way to eat your pie, and they have a higher ratio of crust to filling. I mean, the filling is really just an excuse to eat a bunch of buttery, flaky goodness, isn’t it? Not that the filling isn’t important too. 😉 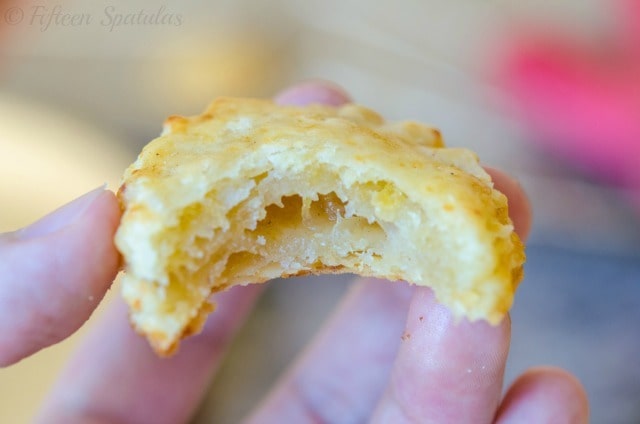 Despite seeing everyone’s Instagrams blow up with photos of berry pies during the July 4th holiday, all I have wanted since then is an apple pie. Don’t ask me why. I know apples tend to be associated with fall, but I always seem to get cravings for unseasonal recipes. In the wintertime, I’ll get a craving for ice cream. In the spring, I’ll get a craving for beef stew. And though it’s still summer, I want apple pie. Good thing Granny Smiths are available year round! 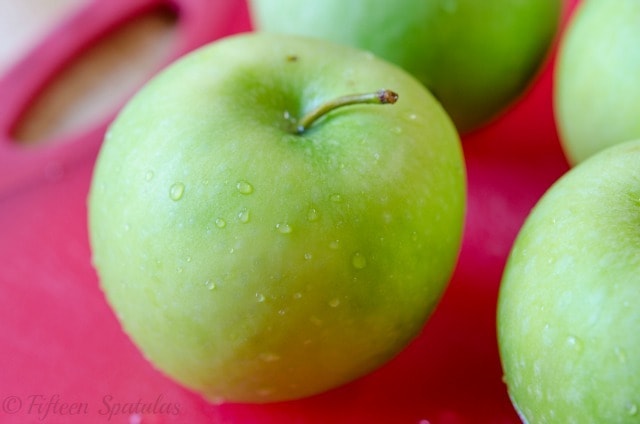 Regardless, whether you make these now or bookmark them for the fall, these pie pops are definitely worth making!

But are you skeptical of this cheddar crust?

It’s hard not to be skeptical if you’ve never tried it before, but now I can’t imagine eating apple pies without it. 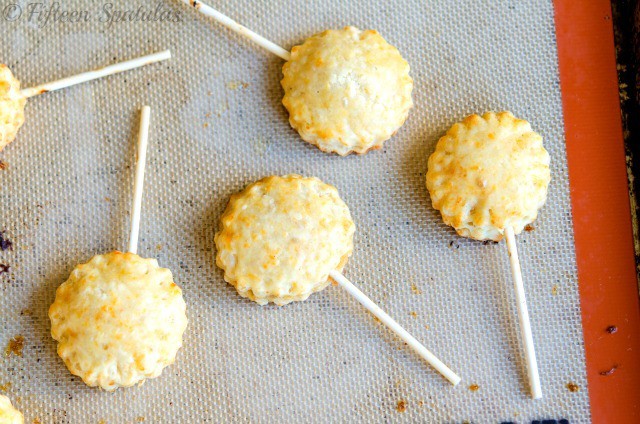 The crust doesn’t necessarily taste cheesy, if you know what I mean, but rather the sharp cheddar enhances everything else that is there. Apples and cheddar really have a strong affinity for each other, and it’s very apparent once you’ve had a cheddar crust apple pie. 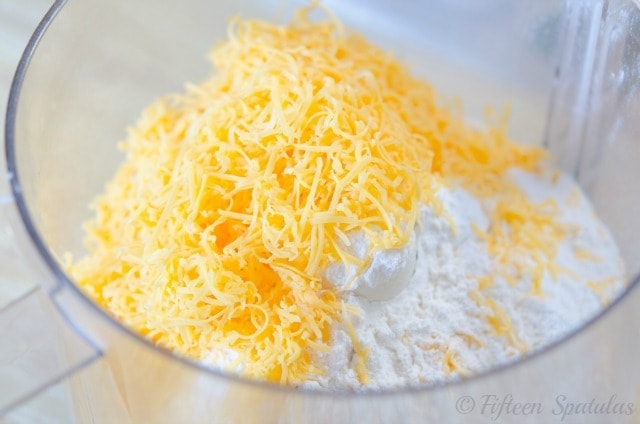 Since the crust only has five ingredients…flour, cheddar, butter, sugar, and water, please make sure to use a good quality cheddar cheese. My favorite is Cracker Barrel’s sharp cheddar (they won first place in the Medium Cheddar category at the US Championship Cheese Contest® with this cheese)! It has a really rich, full flavor that works really nicely in the crust.

Pulse the flour, cheddar, sugar, and cold butter cubes together until the butter is broken down into small pea-sized crumbs, then dump the contents out into a bowl: 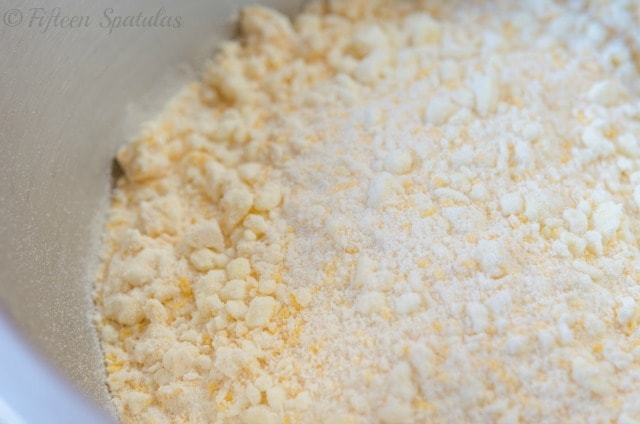 The food processor/bowl combo is one of my secrets for making amazing pie crust. You want to use the food processor to quickly and efficiently cut the butter, but you want to add the liquid to the mixture in a bowl by drizzling it over and tossing everything around to moisten evenly. This lets the ingredients bind together nicely, with little gluten development. You’ll see what I mean if you watch my pie crust video. 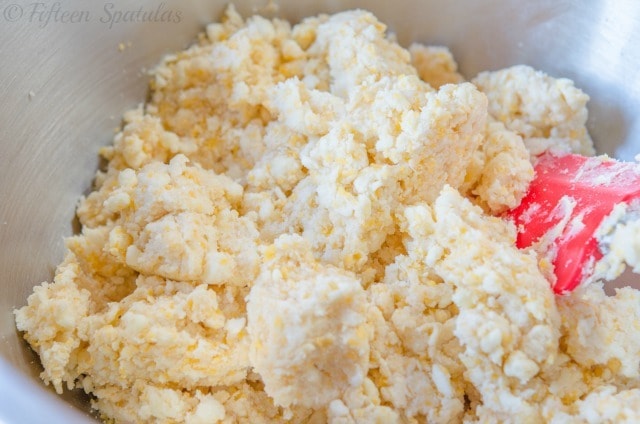 Form the cheddar pie crust into a disk and let it chill for at least one hour, and move on to the filling.

Chop up the apples and place it in a pan with sugar and lemon juice: 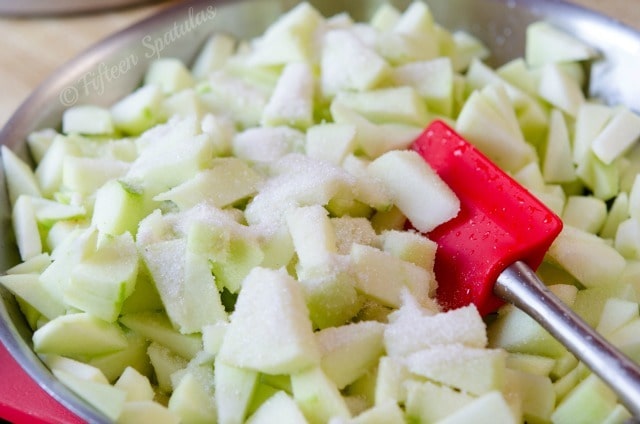 Add some cinnamon and lemon zest, and cook it for 10 minutes to soften the apples and turn it into a chunky apple sauce. Use a fork to mash it up slightly, but still leave some chunks: 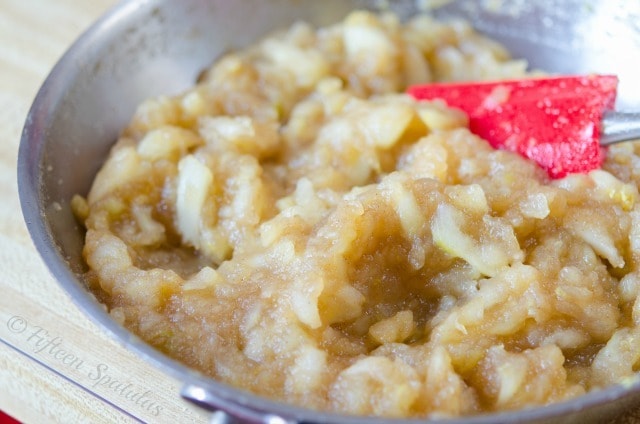 Roll the chilled cheddar crust out on a floured surface and cut out circles: 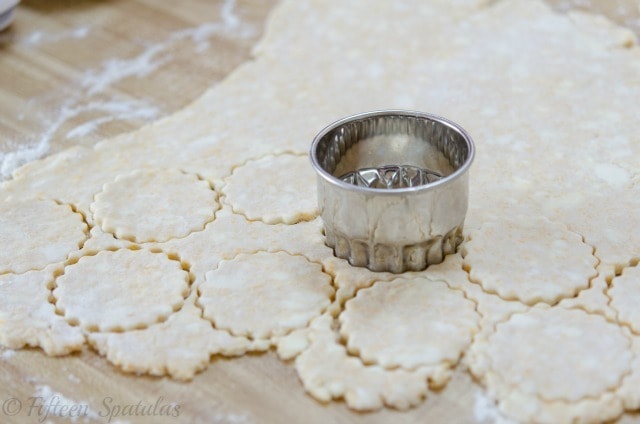 Then dollop a spoonful of the apple pie filling on top of a circle and lay your lollipop stick down: 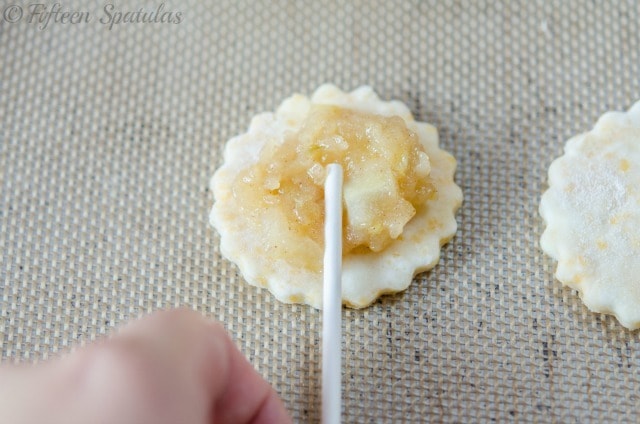 Press another dough circle on top and crimp it well: 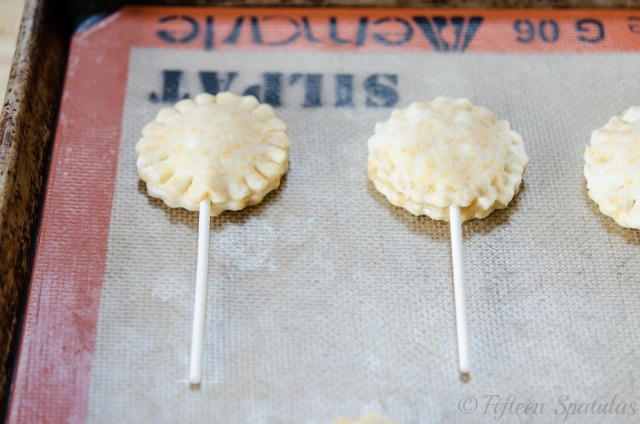 Brush the tops with egg white to give it a glossy look (or use a whole egg if you want it to look more golden brown): 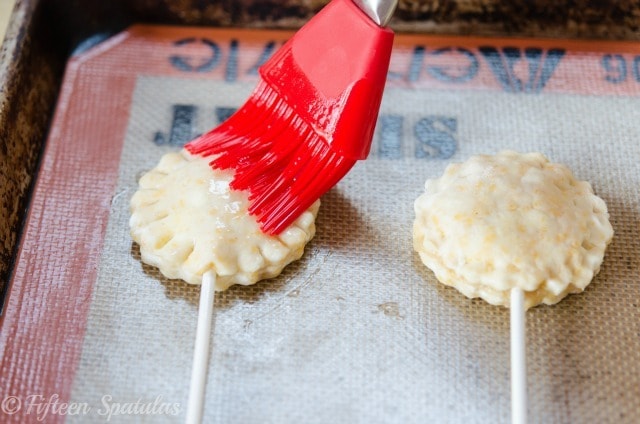 Bake for 20 minutes and they’ll come out golden and beautiful! 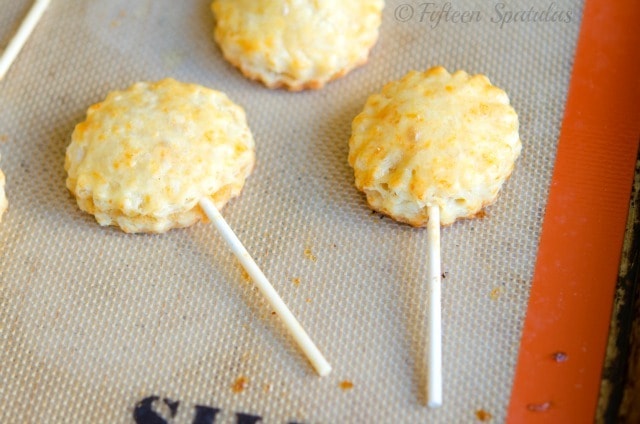 And that’s it! They’re ready to eat.

P.S. If you’re not digging the pie pop thing, this would work as hand pies as well. Just cut the dough into squares, fill them, crimp, and bake. Enjoy! 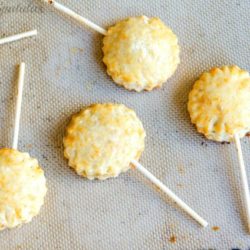 Servings: 24
Prep Time: 15 mins
Cook Time: 30 mins
Total Time: 1 hr 45 mins
These Mini Apple Pies on a Stick are a fun bite-sized dessert! The crust has cheddar in it, which is a delicious savory compliment to the apples.
Print Recipe Pin Recipe
2
reviews
Leave a Review »