This creamy Corn Dip gets great flavor and heat from roasted poblano chiles. It’s a delicious appetizer and perfect for game day!

I can say from experience that if you show up to a party with a dish of this corn dip, you will make new friends 🤣 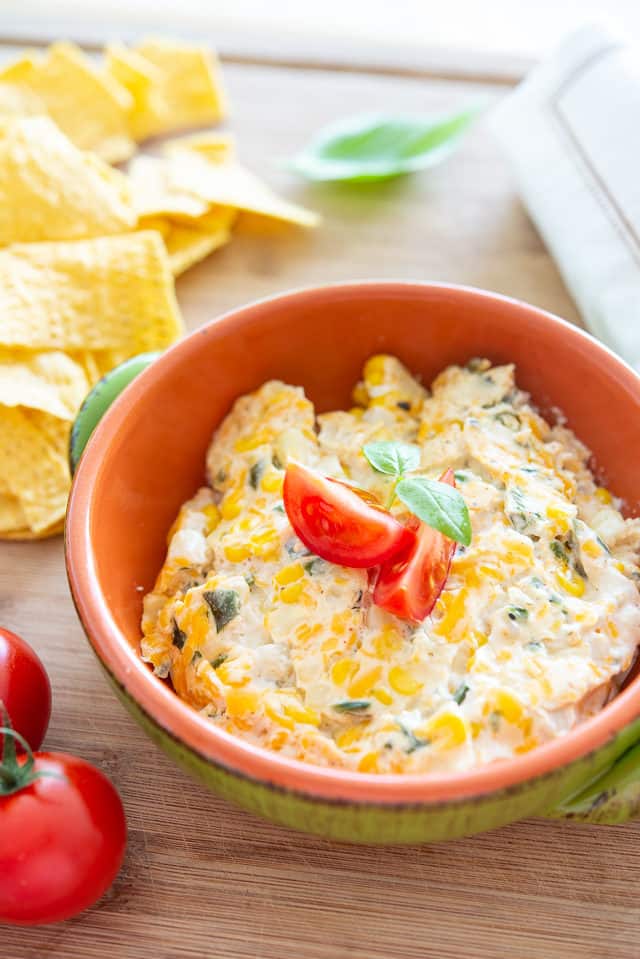 Next to Buffalo Chicken Dip and Blue Cheese Dip, this is one of my all-time favorite dips to eat, and friends always go crazy over it. It’s kind of like a Creamed Corn side dish, but with next level creaminess. This is total party food.

I like to roast my own poblano chiles to chop up and put into the dip, but if you’d rather take a shortcut, you can get away with adding a can of diced green chiles.

I’ve even seen options where you can get more specialty type chiles, like New Mexico Hatch chiles, already prepared.

How to Make Corn Dip:

Start by charring some poblano peppers on a gas burner (or under the broiler of your oven): 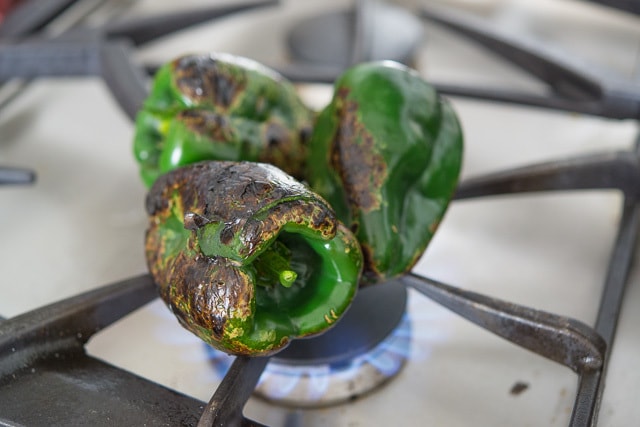 Place the poblano peppers in a bowl and cover with plastic wrap for 10 minutes: 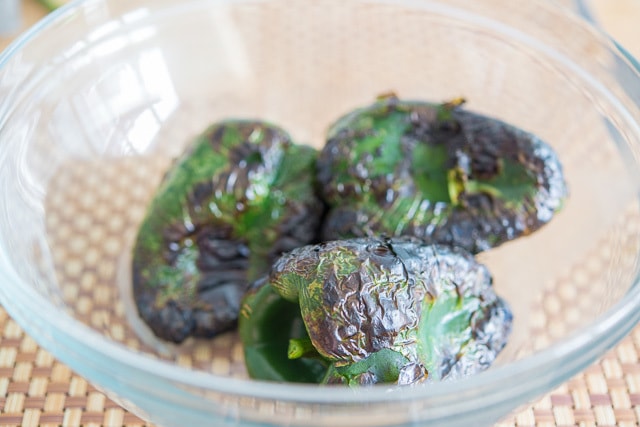 Scrape the skin off the poblanos with a knife, remove the seeds and ribs, and chop the poblano up: 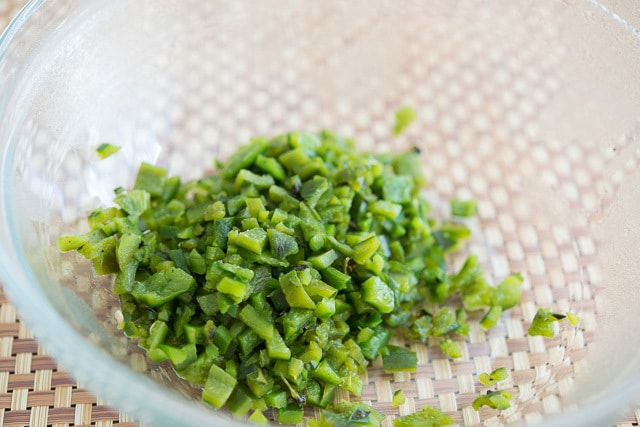 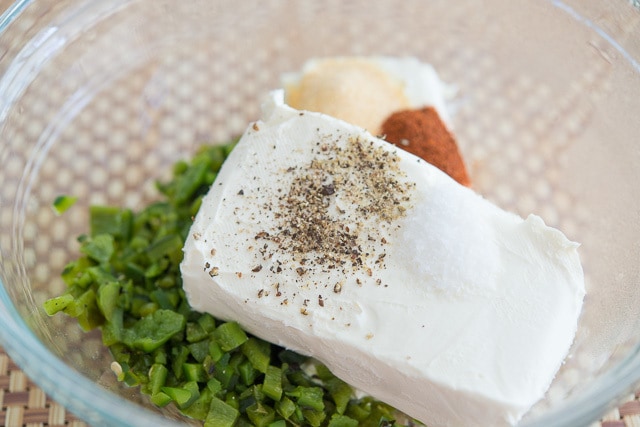 Stir it all together: 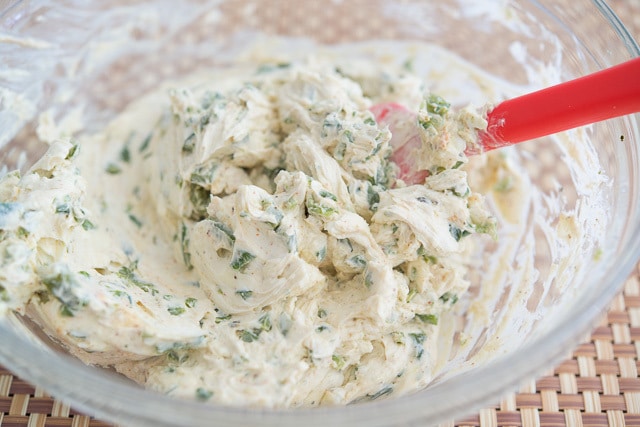 Now you can add tons of corn and cheddar cheese: 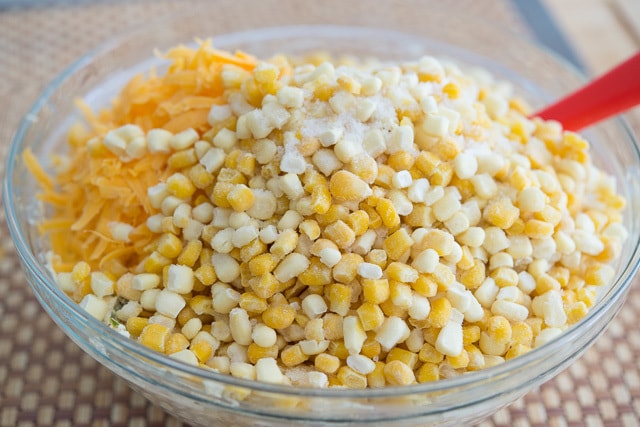 And, this is when I decided to switch to a larger mixing bowl, and add in a touch of sour cream: 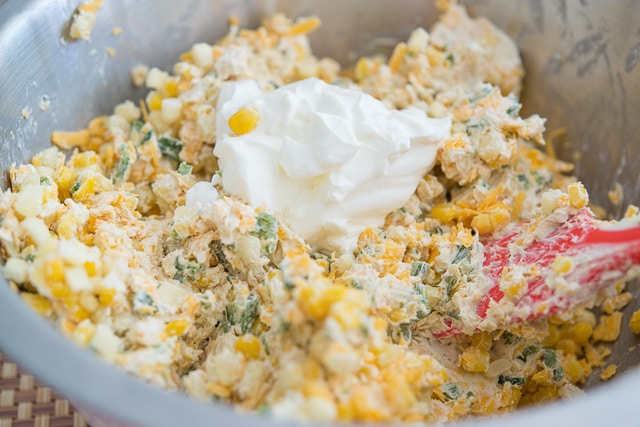 Once everything is mixed, spread it out into a baking dish: 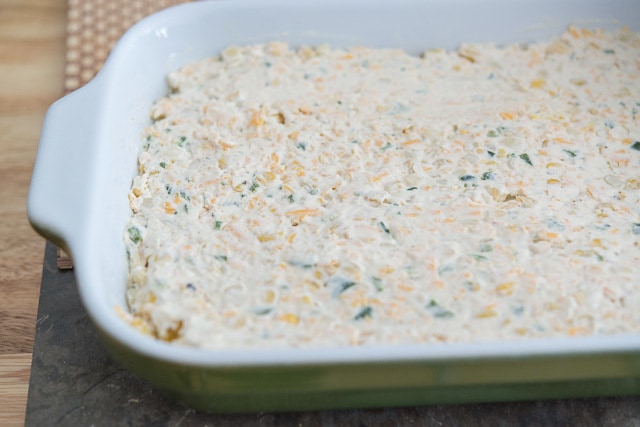 And if you want to bake it in something else, like a skillet, you could totally do that too!

Bake until bubbly and golden on the sides, then serve: 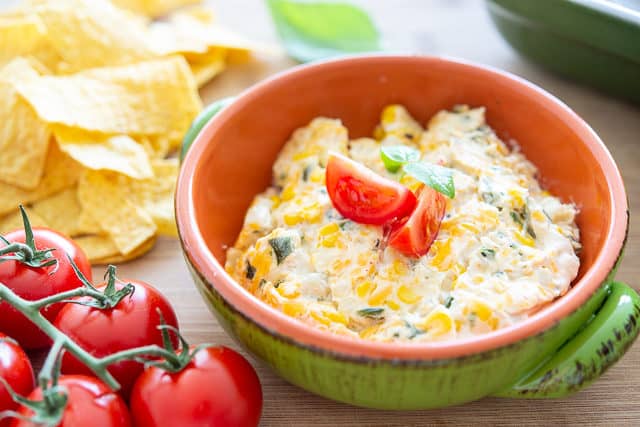 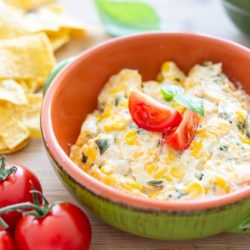