Home » Recipes » Chicken & Poultry » Should you Truss a Chicken or Not?

Should you Truss a Chicken or Not?

Some people say you should truss a chicken, and others say don’t bother. In this post I test out both methods side-by-side to compare juiciness, cook time, and more! 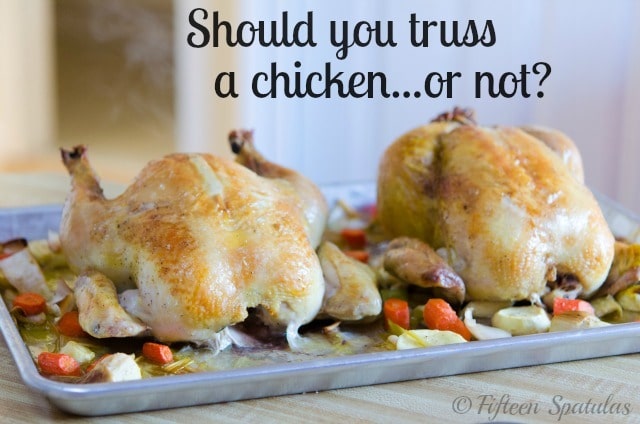 Should you truss a roast chicken or not?

This question has been weighing on my mind for a while now because I have heard arguments for both.

The hilarious part is that people say the chicken cooks unevenly if you don’t truss it, yet people say the exact same thing about if you DO truss your chicken. Well my friends, it can’t be both. It just can’t. Reading the same arguments for both options made me bonkers so I decided to test it out on my own, and today I would like to share the results with you. 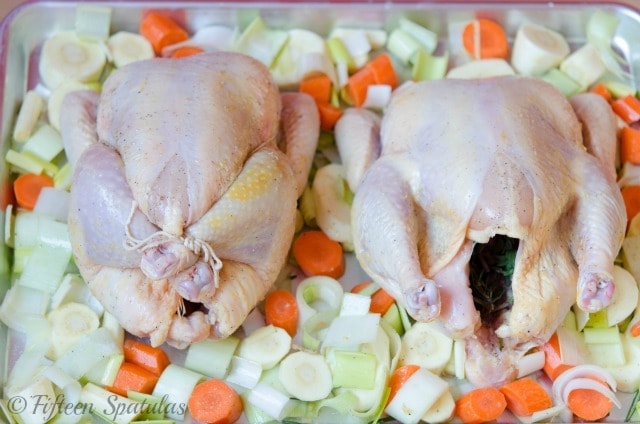 I went to the store and bought two chickens, of the same brand, and of the exact same weight (they were each 4lb chickens).

I cooked them the same way I cook all of my roast chickens. My roasting vegetables of choice are always leeks, carrots, and parsnips. 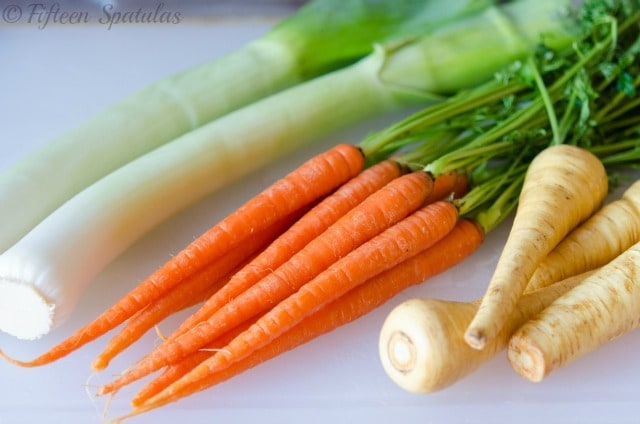 I trussed one of the chickens by taking kitchen twine and plumping up the breast, then coming around with the string to lasso the legs and I tied them together:

Then I laid the trussed and untrussed chickens side by side on a bed of vegetables in order to ensure that the chickens would roast in an oven with the exact same temperature conditions.

The skins both turned out more or less the same. Brown and delicious! 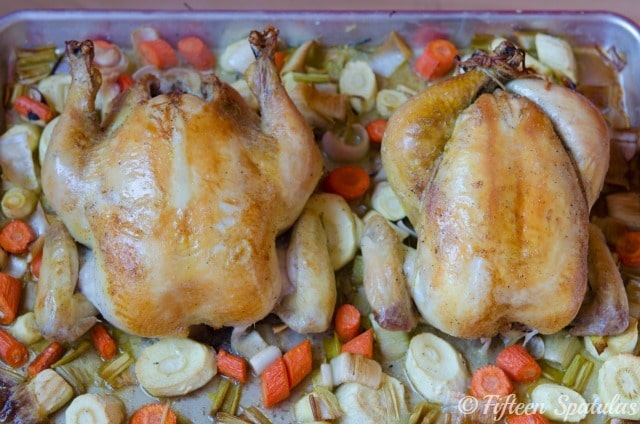 But then came the tasting of the meat. My husband and I tasted and compared all the parts of the chicken…the breast, the thigh, the drumstick, the wings…and here’s what we found:

Conclusion: Trussing your chicken not only looks better but yields a more evenly cooked, moister bird. When you don’t truss your chicken, the breast cavity remains wide open and too much hot air circulates inside of it, drying out the breast before the thighs and legs are properly cooked. So always truss those chickens in order to protect the breast and make the chicken a more even mass for roasting.

So tell me, do you usually truss your chicken or not? If you have any comments please leave them below. And here’s my roast chicken recipe: 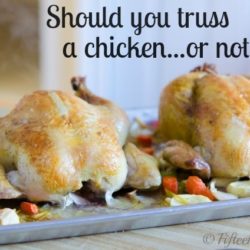 31 Comments on “Should you Truss a Chicken or Not?”