These light and fluffy cupcakes are flavored with framboise, a raspberry liqueur, and topped with a vanilla French buttercream. 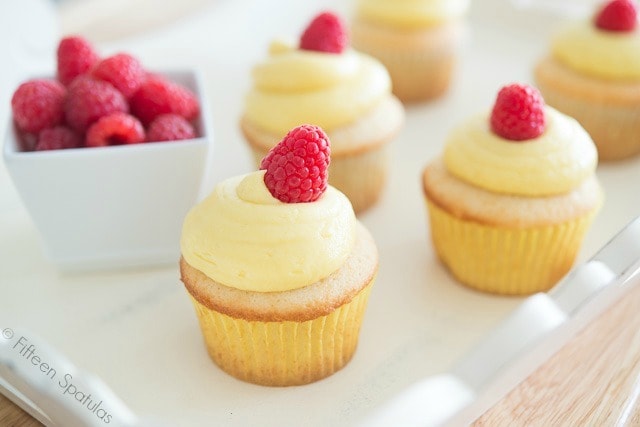 If you don’t know what Framboise is, it’s a raspberry liqueur. I’m not a big drinker, but I have always been a big fan of cooking and baking with alcohol, and Framboise is one of my favorites! It smells so fruity and gives the cake a really feminine quality I love.

For the cupcake batter, I have used the same one for years, which is this White Velvet Cupcake recipe adapted from Rose Levy Beranbaum, but I replace some of the milk with the raspberry liqueur. Mmm!

It starts with your normal dry ingredients (though it uses cake flour instead of all-purpose): 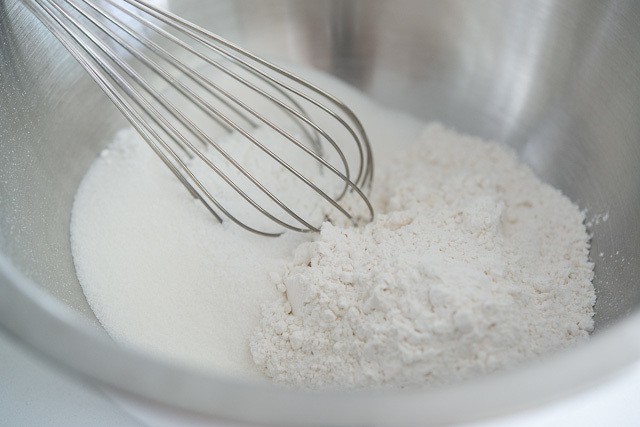 Then you combine the wet with the dry: 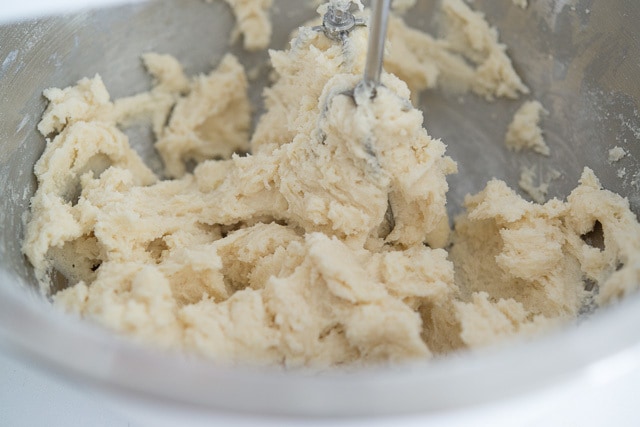 And add in your egg whites and framboise to make it batter-like in thickness: 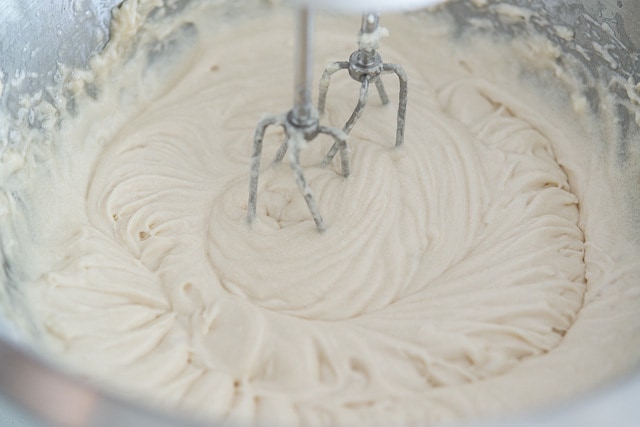 It should be pretty smooth: 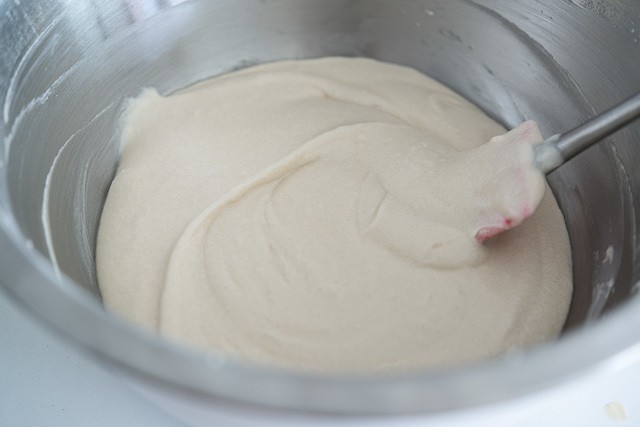 Then you portion the cupcake batter into liners: 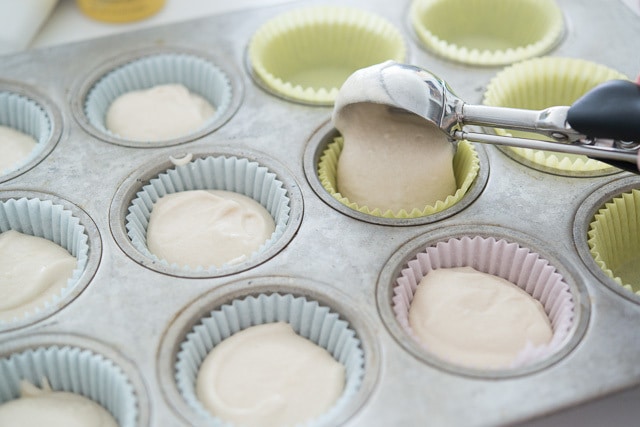 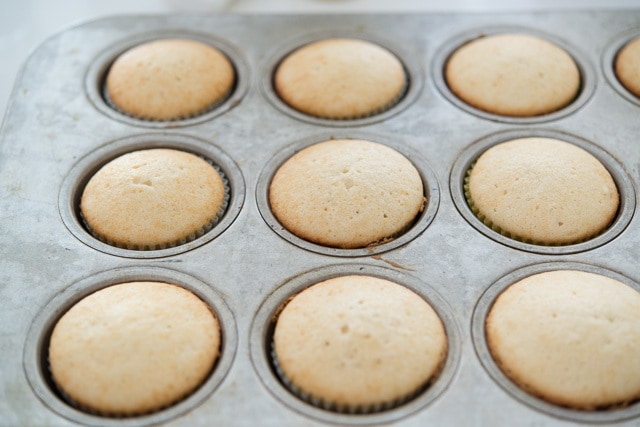 While the cupcakes cool, combine water and sugar in a saucepan and get it cooking: 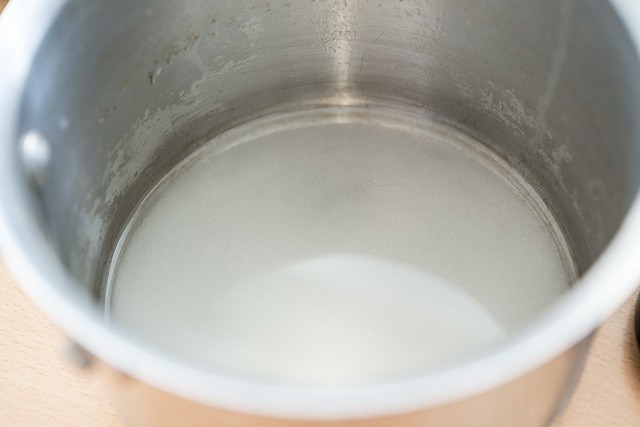 Meanwhile, whisk a bunch of egg yolks with sugar until frothy and thick, like this: 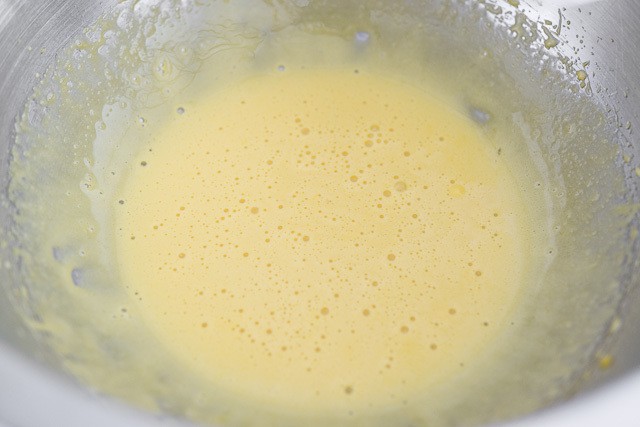 While you have the mixer running, dribble in cooked sugar syrup (238 degrees F) into the egg yolks, and whip for several minutes until the mixture is cool.

Add vanilla, then gradually mix in butter until you have a smooth buttercream: 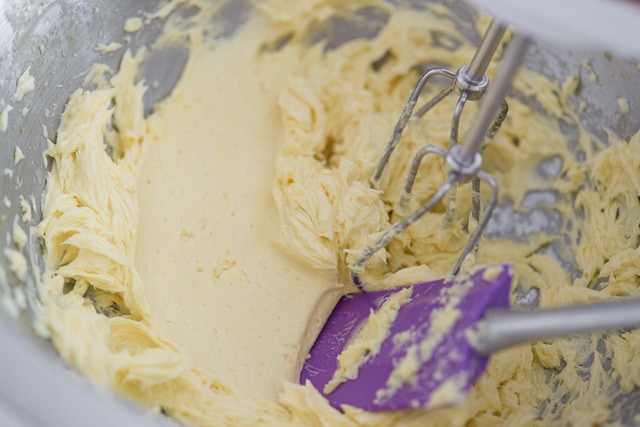 Then it’s time to pipe the frosting on the cupcakes: 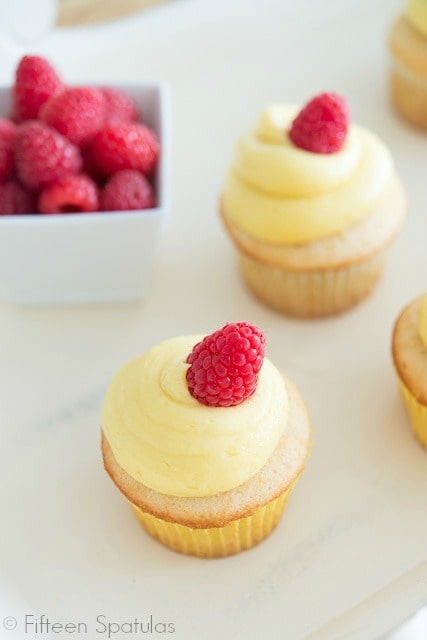 Garnish with a fresh raspberry, and enjoy!

In the comments below: What is your absolute favorite cupcake flavor? Mine is…strawberry! 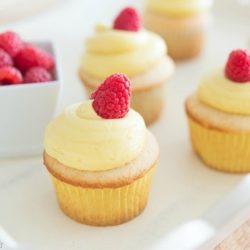