These Chocolate Peanut Butter Cupcakes are my go-to cupcake recipe. They’re rich, dark, and incredibly moist. The Peanut Butter Buttercream on top is the perfect pairing for the dark chocolate flavor. 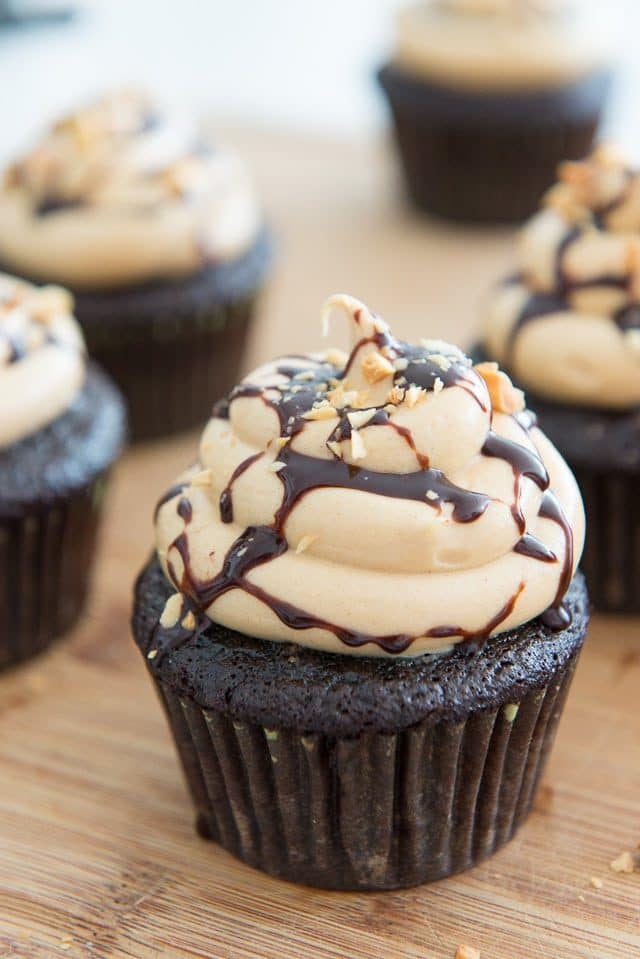 Even though I’m not solely a baker, I would totally go to that Cupcake Wars show with these Chocolate Peanut Butter Cupcakes. They’ve become my go-to when I need cupcakes for something, whether it’s for a party, to give to a neighbor, or to satisfy a chocolate cupcake craving.

What I love about this recipe is it’s easy to make, and you can use all-purpose flour instead of cake flour. I don’t usually have cake flour on hand, so it’s nice when you can use AP flour and still get an incredibly soft and moist texture.

In fact, the Chocolate Cupcake batter doesn’t have anything out of the ordinary in it, and the peanut butter buttercream only calls for 4 ingredients that you whip together in a bowl. 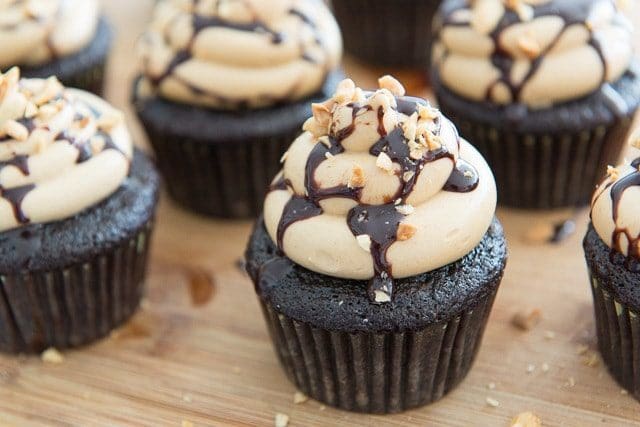 The reason I mention that is because usually I’m somewhat of a buttercream snob and prefer to make it without confectioner’s sugar so I can avoid the subtle grittiness that comes with it.

But because the peanut butter is such a big component of the buttercream, it’s much less noticeable, and the buttercream is plenty luscious, light, and smooth.

Or to say it another way: When you put the peanut butter buttercream in a piping bag, you’ll find yourself piping little tastes onto your finger, and think momentarily about piping some into your mouth (real talk, here). 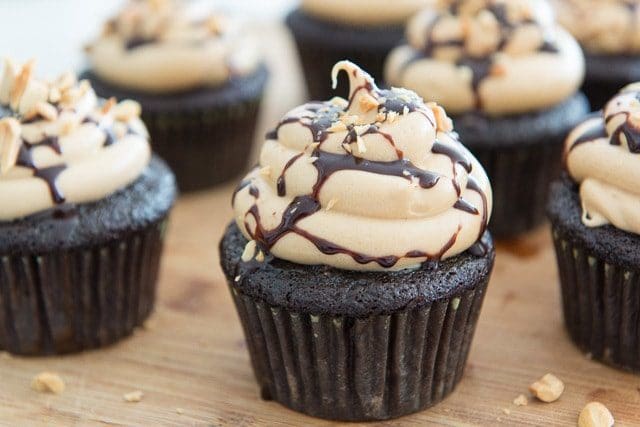 Let me show you how to make them! 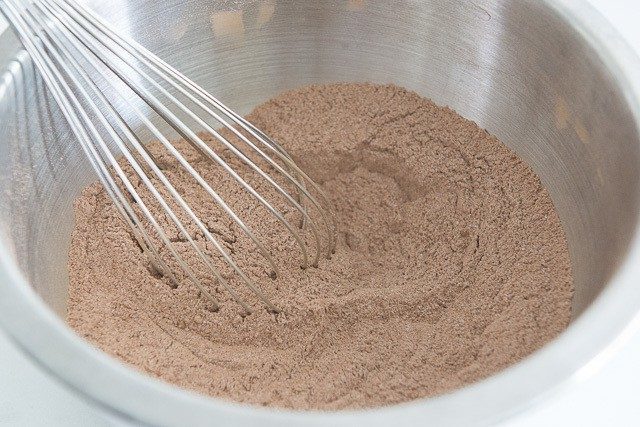 In a separate bowl, combine buttermilk (I’ve done this successfully with milk or almond milk mixed with a little vinegar), a neutral oil, one egg, and vanilla: 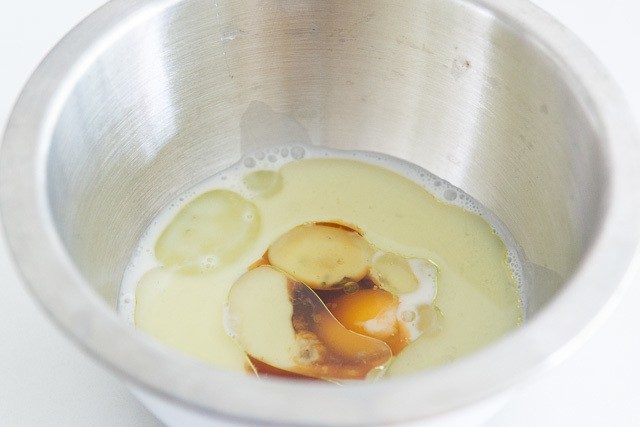 Add the wet to the dry: 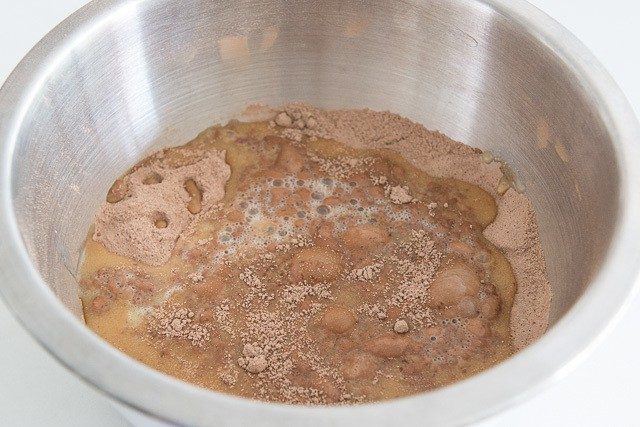 When the flour is almost incorporated, pause for a moment: 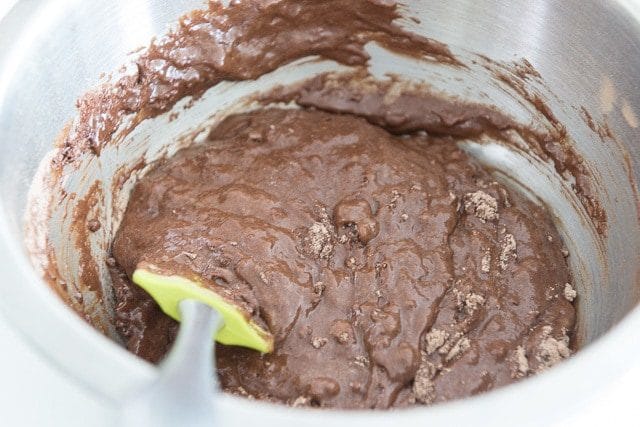 Add coffee to the mixture, then finish mixing until the flour streaks disappear. The batter will be very thin: 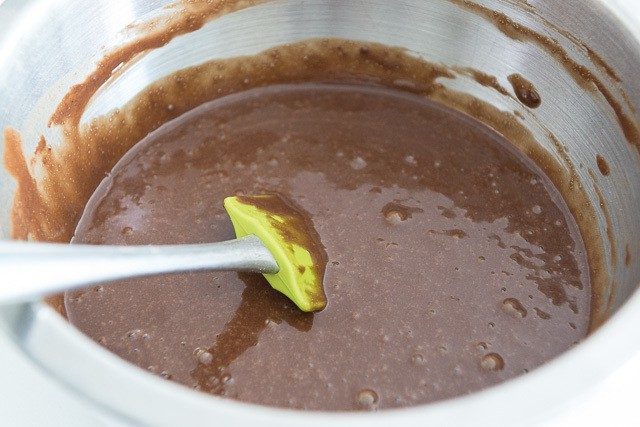 Bake for 22 minutes, until a toothpick inserted into the center comes out clean: 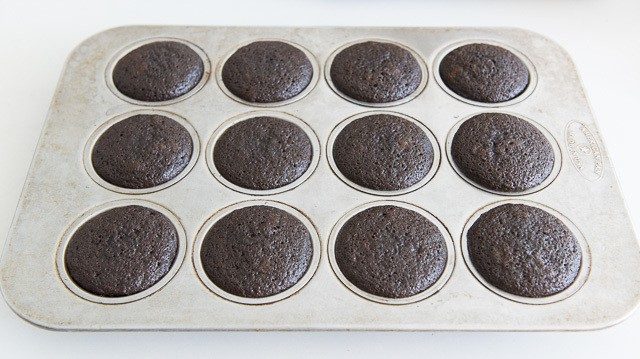 They will be so dark and chocolatey! 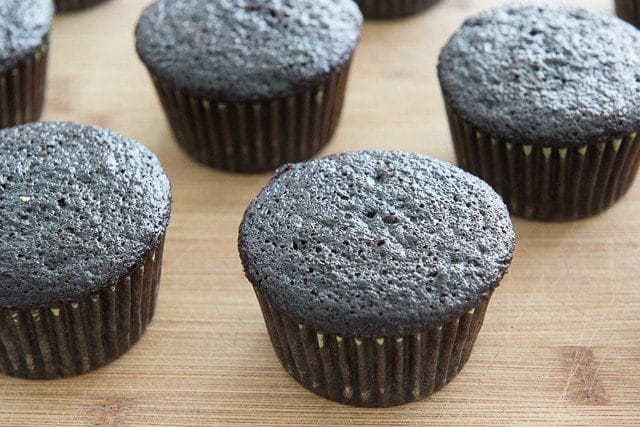 Let the cupcakes cool, then make the peanut butter buttercream by whipping together butter, confectioner’s sugar, peanut butter, and a little vanilla: 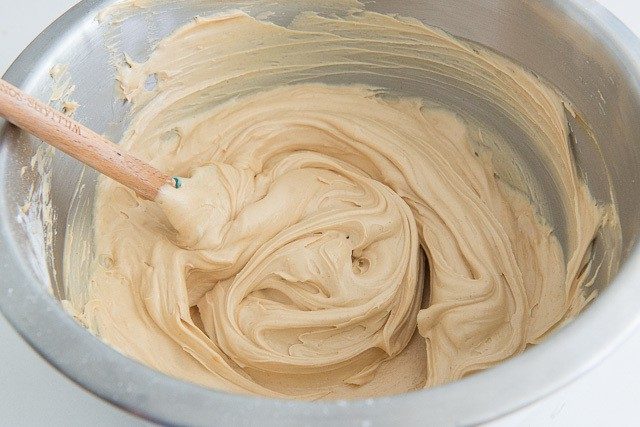 Pipe the buttercream onto the cooled cupcakes. Then, I like to drizzle a little bit of chocolate syrup on top and add chopped peanuts for garnish, but it’s totally optional. 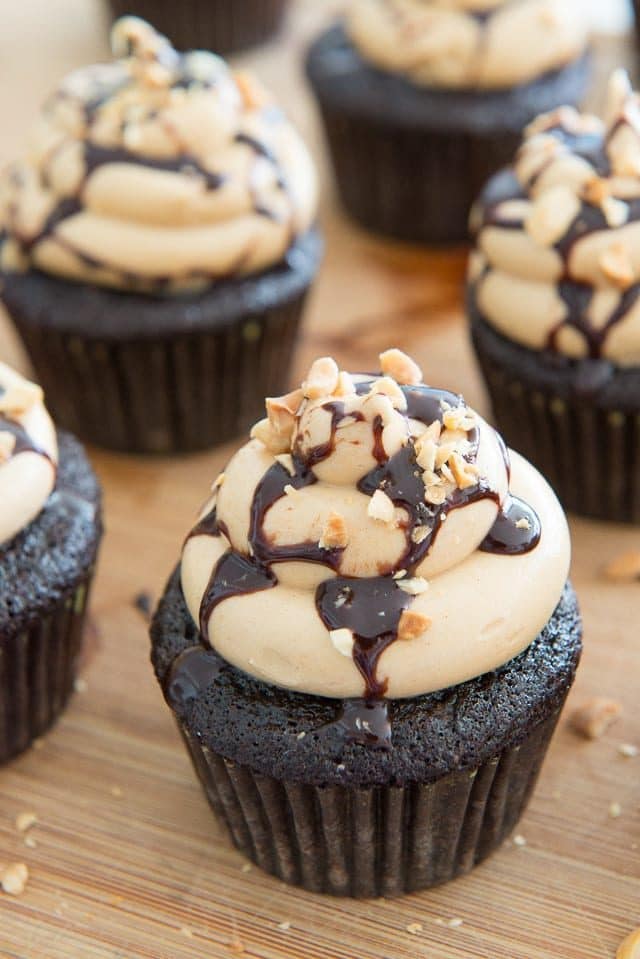 Everything is so soft and tender, and the peanut butter buttercream is OH so smooth: 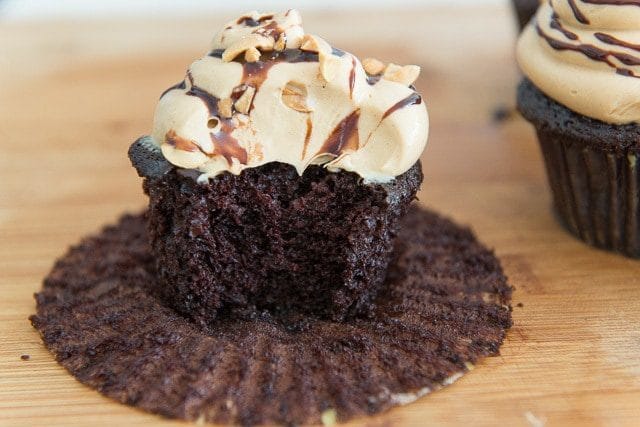 Chocolate Peanut Butter Cookies from Love from the Oven 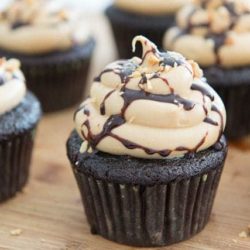 For the peanut butter buttercream::

How to Make Chocolate Cupcakes with Peanut Butter Frosting (Video):

posted in: All Recent Posts, Dessert, Most Popular Sweets and Desserts 115 comments