These Zucchini Chickpea Fritters are made with shredded zucchini and chickpeas for a filling and nutritious side or snack. They’re also allergen-free! 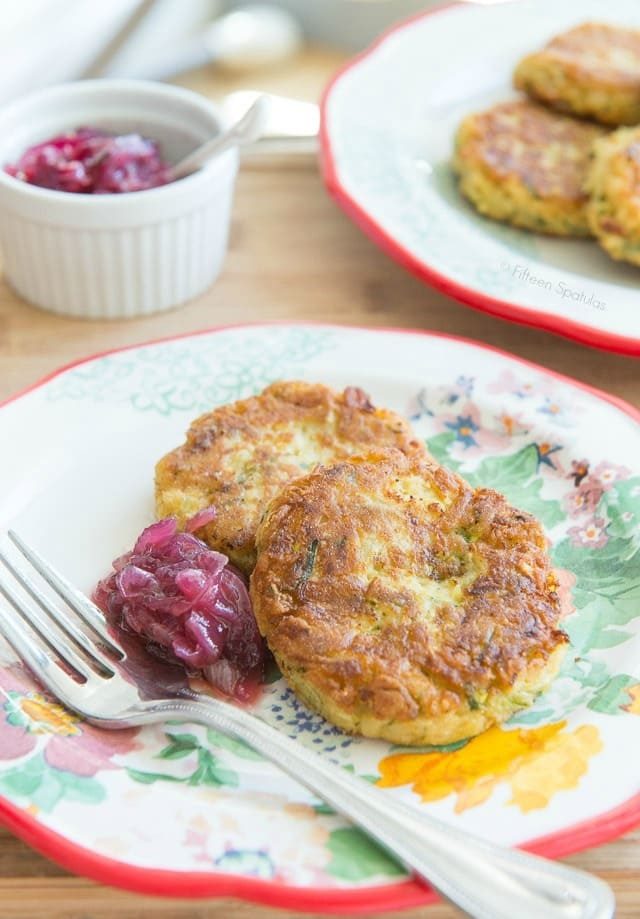 Despite an allergy to raw pineapple that I developed a couple years ago, I’ve never had any allergy restrictions when it comes to food. When I’d go out to eat and servers would ask me if I had any allergies, I always answered no, never thinking twice about it.

Life in the past couple months has been different, as we’ve come to the bottom of a vomiting problem that James has been having, and the majority of the problem seems to be some food intolerances of his own (and I say “intolerances” because it’s not clear if they’re allergies or not at this age).

Since I’m nursing James, this has led me to do some elimination tests in my own diet. As I went through the testing period, I discovered what it’s like to not be able to eat certain foods. I always imagined how challenging it is for people with food allergies, and I’ve gotten a new level of empathy for the effort it takes. 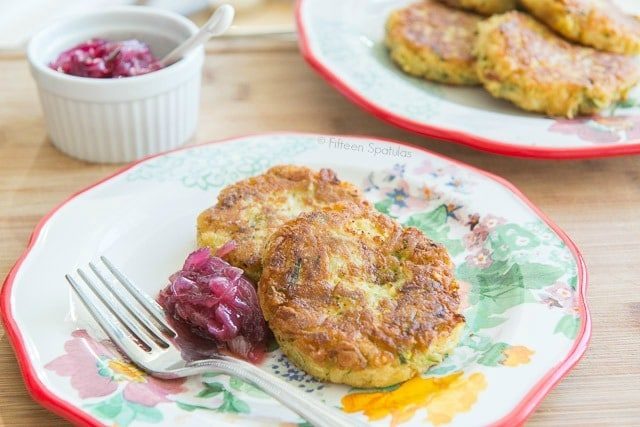 If you have any food allergies of your own, I want to introduce you to my friend Heather Christo. Today’s recipe is from her book Pure Delicious, which has over 150 allergen-free recipes without gluten, dairy, eggs, soy, peanuts, tree nuts, shellfish, or cane sugar. 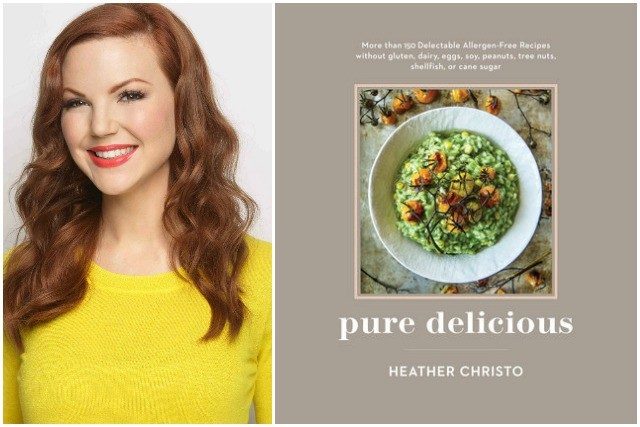 A couple years ago, Heather discovered that she and her daughters have a ton of food allergies that were causing them health problems, and they all had to change their diets completely. She writes in the book about what it was like to immediately give up so many of their favorite foods, and how she had to put her skills as a chef and recipe developer to work, to make delicious and creative recipes that met their new needs.

I think the biggest hurdles to having food allergies are not feeling like you’re missing out on anything, and keeping out of cooking ruts where you’re eating the same thing all the time. I know this is where Heather is appreciated by the food allergy community and beyond, by sharing recipes that aren’t subpar substitutes for allergen foods, but rather delicious dishes in their own right.

From the book, I’ve made her Greek Lemon, Chicken, and Rice Soup, the Beet Hummus (SO GOOD!), Lemon Artichoke Hummus, Shredded Beef Tostadas, Crunchy Taco Salad with Spiced Ground Turkey, and these Zucchini Chickpea Fritters. I can honestly say that I loved each one, and I say that as someone who has no food allergies (well, aside from raw pineapple, but it’s easy to avoid that one).

Let me show you how to make the Zucchini Chickpea Fritters!

To get started, shred up some zucchini. If you’ve got a food processor, it’s perfect for the job: 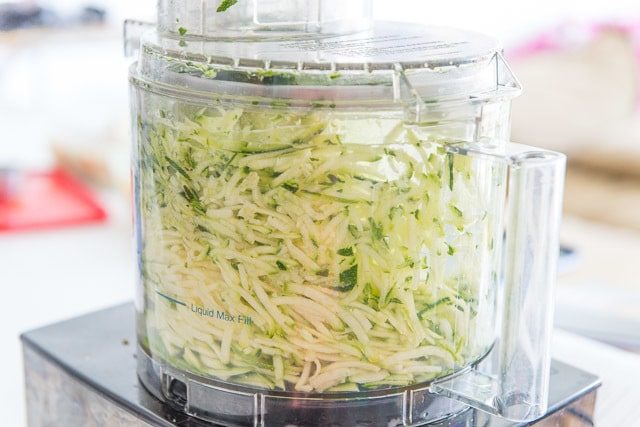 Remove the shredded zucchini to a bowl, then puree canned chickpeas until it forms a (mostly) smooth paste: 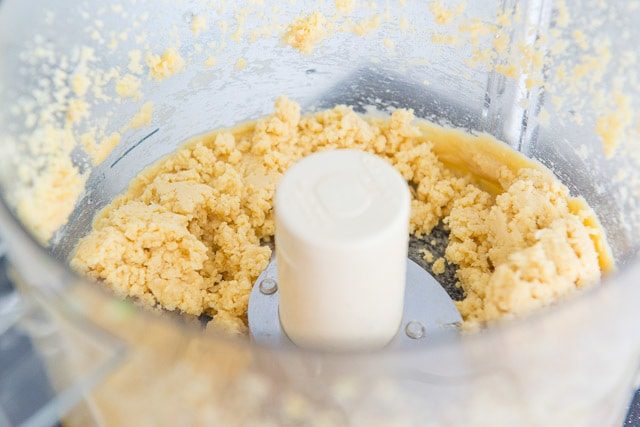 In a large bowl, combine the shredded zucchini, the pureed chickpeas, and chopped yellow onion: 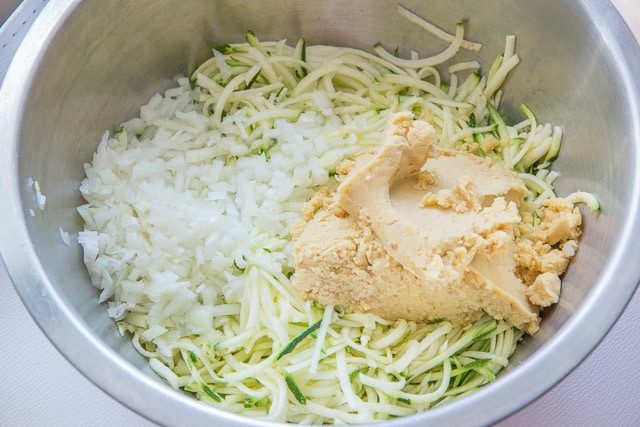 Mix this all together with clean hands until it’s combined. It may seem at first like it won’t come together, but I was amazed by how cohesive it is once mixed: 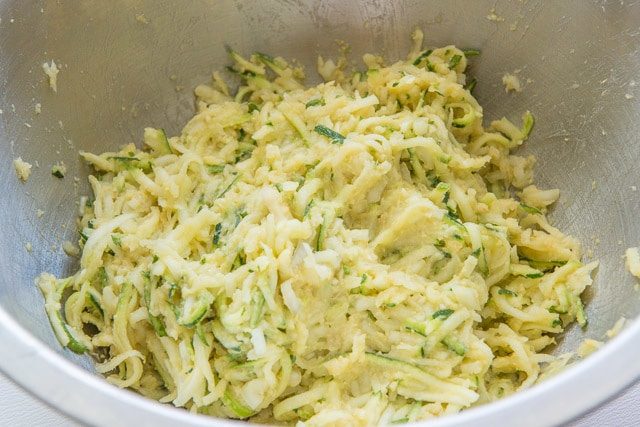 Form the zucchini chickpea mixture into 10 cakes, then dip into seasoned chickpea flour: 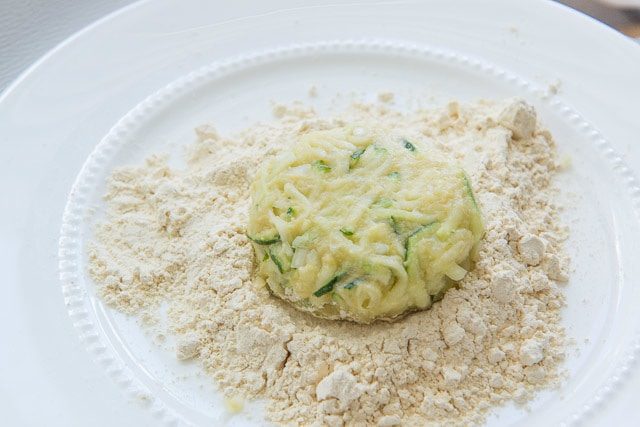 Fry the fritters in hot oil for 2-3 minutes on each side: 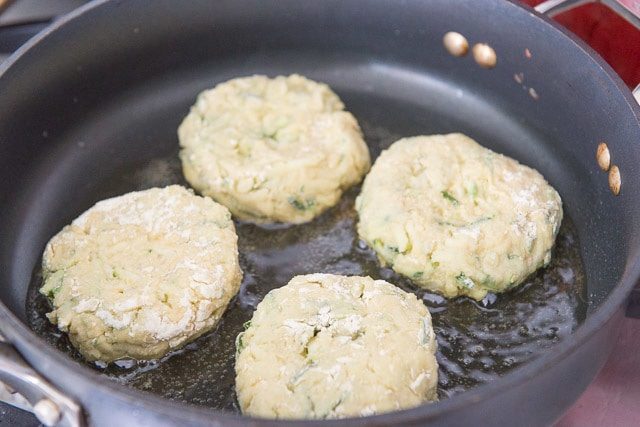 The fritters should be golden brown: 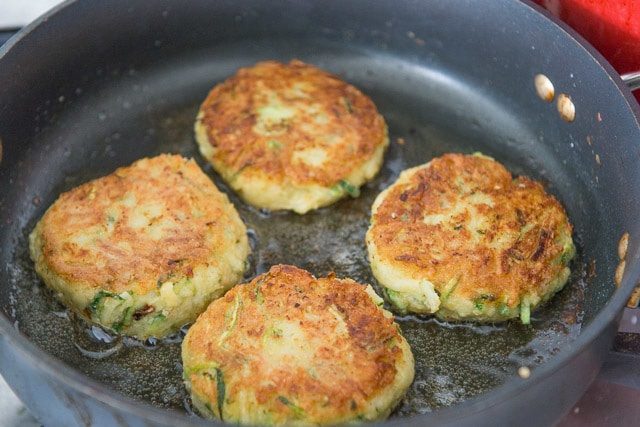 Once you’ve fried all the zucchini chickpea cakes, place them on a sheet pan and finish baking them in the oven: 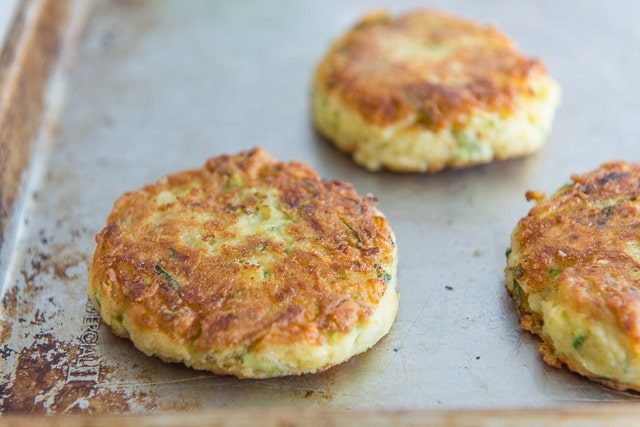 Heather serves the fritters with a side of red onion marmalade, which I have to say is a *must* when you’re making these. It’s really easy to make. Basically just cook down some red onion in a skillet with oil, vinegar, sugar, and water: 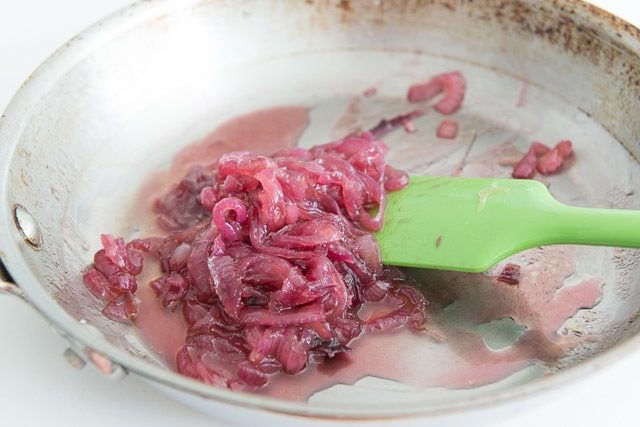 Serve on a platter and enjoy while hot! 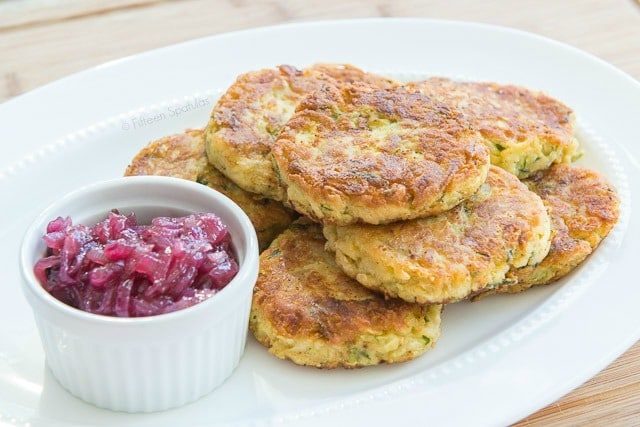 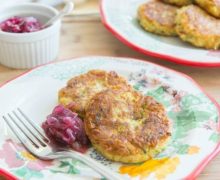 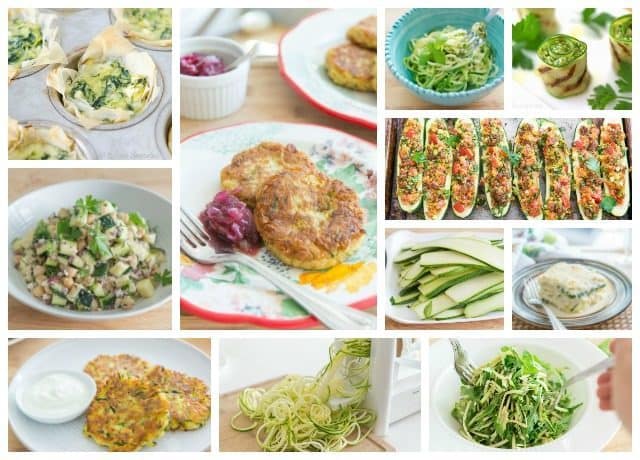 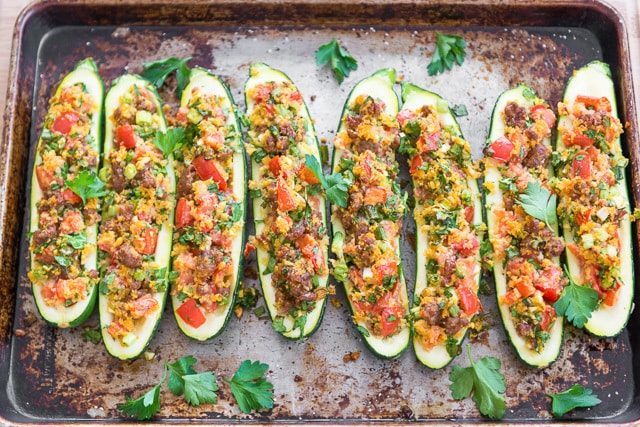