This rich, spiced pumpkin ice cream is swirled with gingersnap cookies and chocolate chunks for a delicious frozen treat! The cinnamon, nutmeg, cloves, and allspice really compliment the pumpkin flavor. It tastes like the holidays! 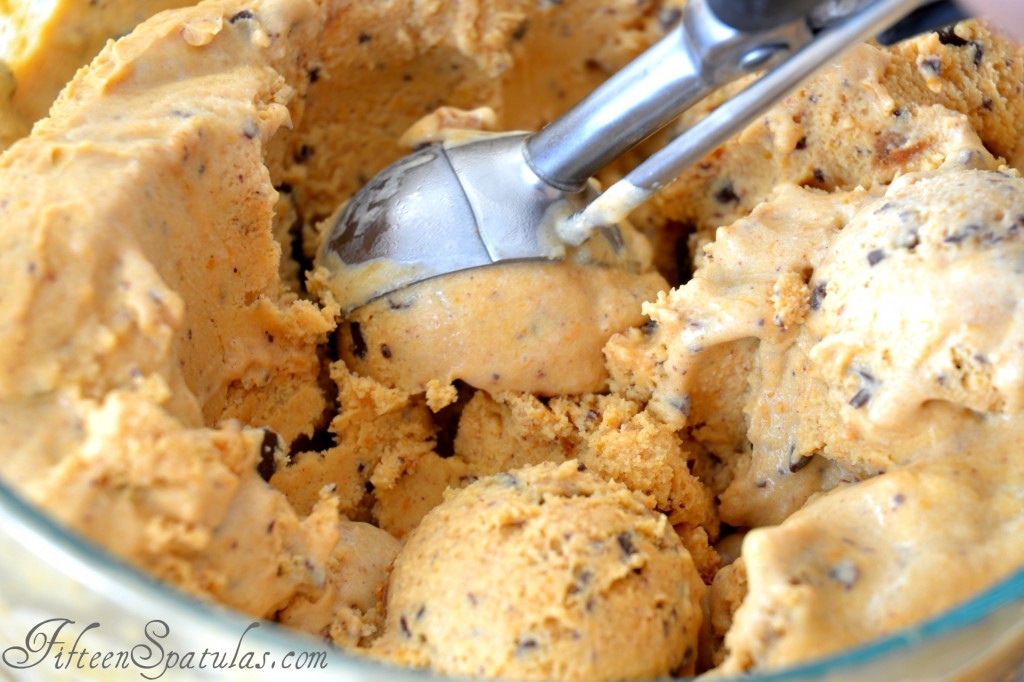 I know it may initially seem like a strange time to post a pumpkin recipe, but I am a proud proponent of year long pumpkin consumption.

Seriously, why does Thanksgiving get to hog pumpkin all to itself?

Pumpkin is just way too insanely delicious to confine to November, so I stock up on cans of the stuff in the fall and ration it out to myself throughout the year.

This pumpkin ice cream is one of the best ice creams I have ever had, and it’s modeled after the legendary Jeni Britton Bauer’s ice cream.

It has pumpkin puree in it, gingersnap cookies, cinnamon and other spices, and bittersweet chocolate for an awesome crunch. 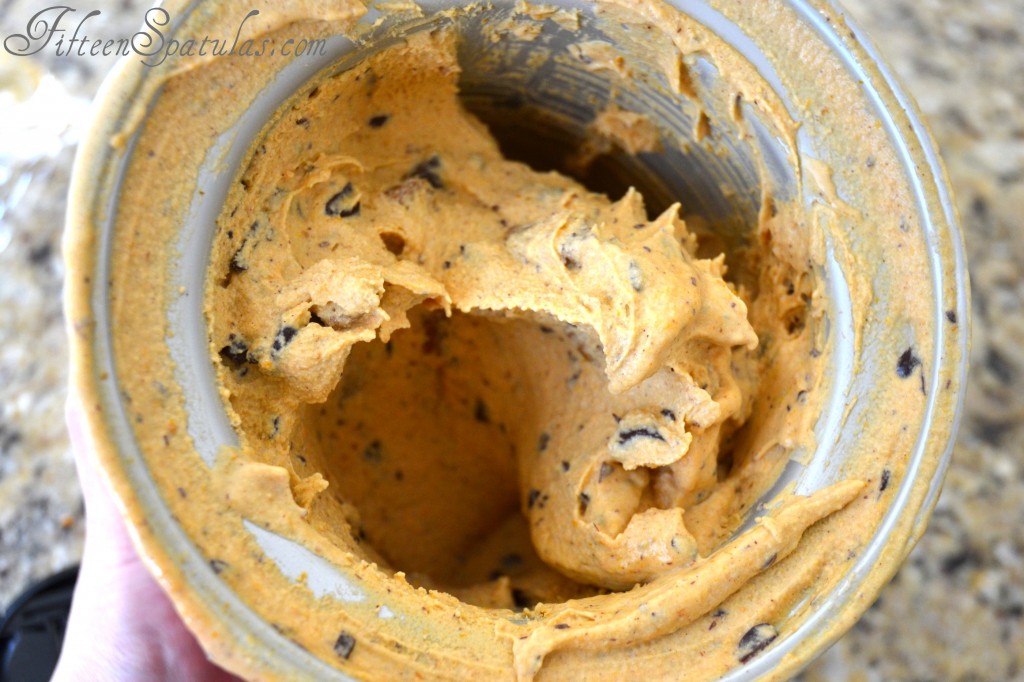 This starts out like most ice creams, by simmering cream and milk together.

Whisk this mixture with a couple tablespoons of softened cream cheese (this will make the ice cream nice and scoopable later on). 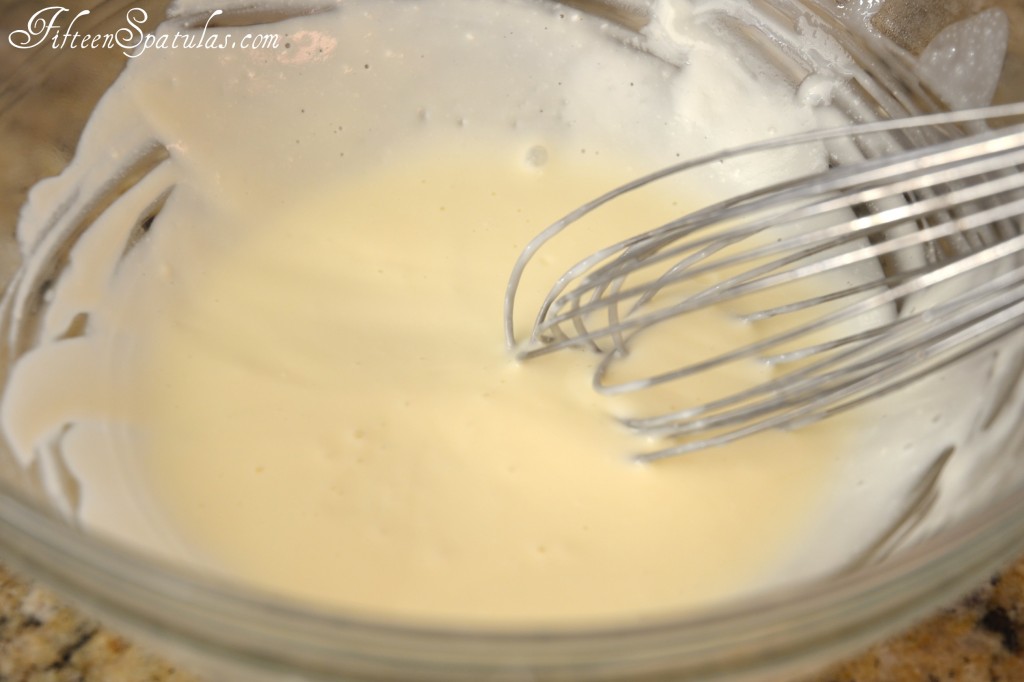 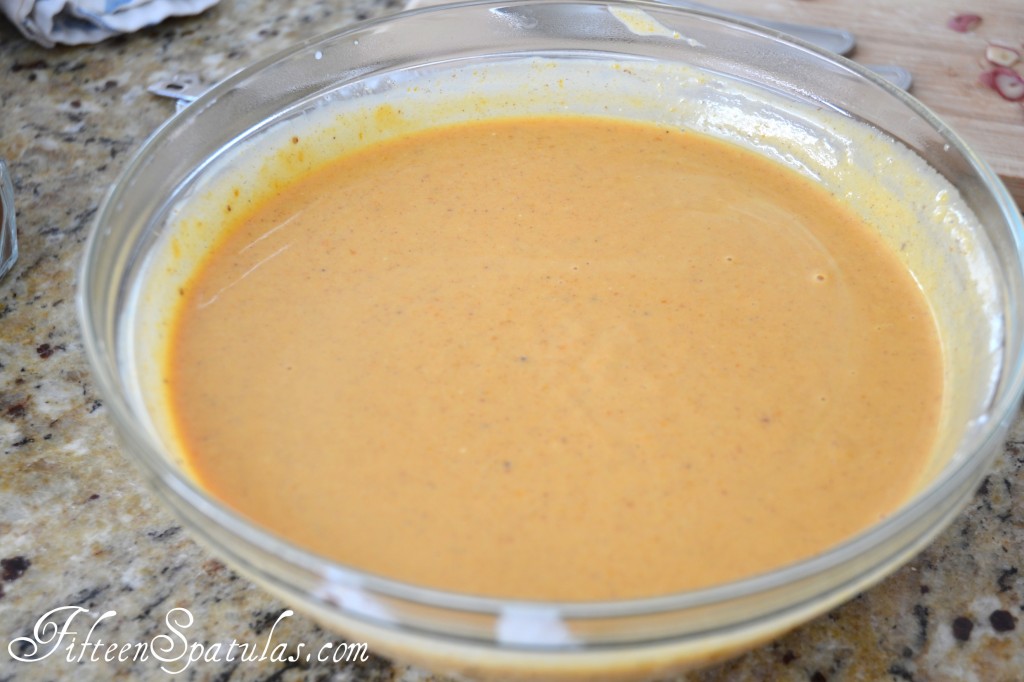 Chill this mixture, then spin in an ice cream machine with the gingersnap cookies and chocolate chunks. 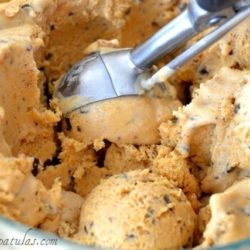