If you’ve never had a savory bread pudding before, you’re in for a treat! Fresh thyme, leeks, butter, gruyere, and more are combined with brioche cubes and custard for a rich side dish. 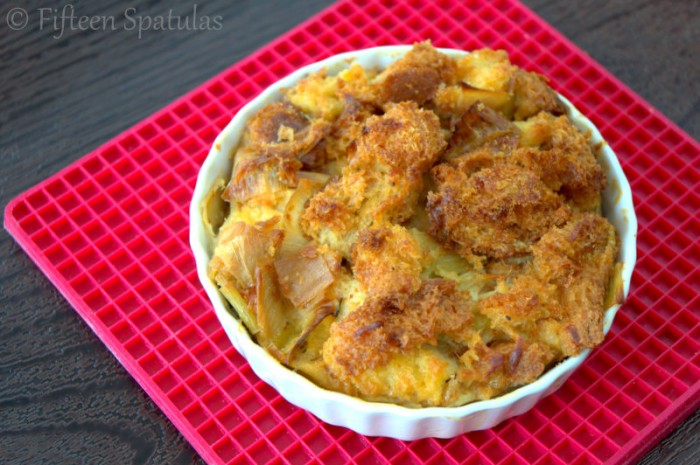 Isn’t it only for things like cinnamon, raisins, or chocolate?

But take that bread pudding to the savory side, and you will be BLOWN away. And really, this is basically just a Thanksgiving stuffing, when you think about it. 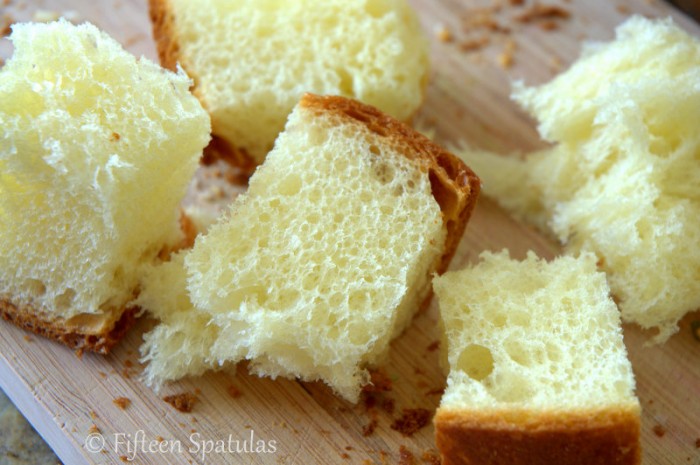 This dish has convinced me that bread pudding is meant to be savory.

And it also convinces me that Thomas Keller is even more of a genius than I previously thought (this recipe is adapted from his cookbook Ad Hoc At Home, which I received last Christmas).

The star of this dish is these wonderful, aromatic leeks. Cut the tough dark green parts off with a knife: 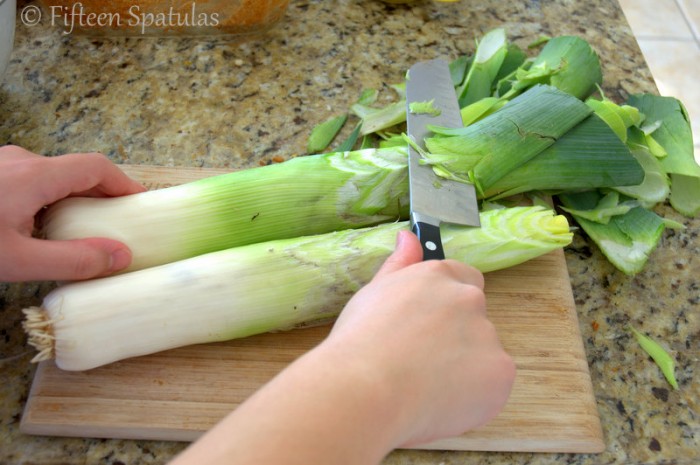 Then cut the leeks into rounds and rinse away all the dirt: 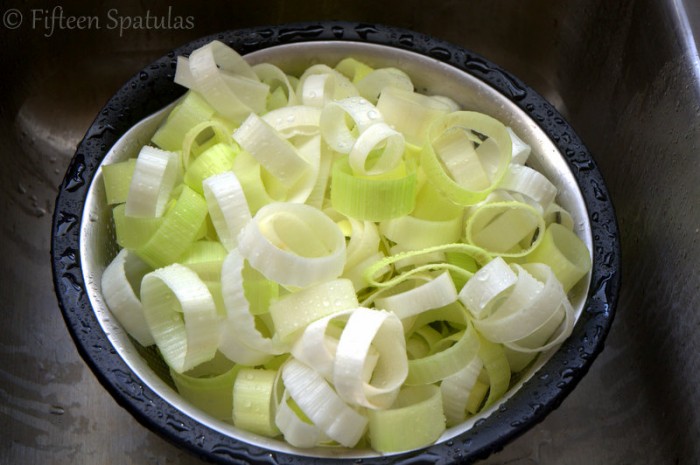 Throw them in a saute pan to soften them up a little bit, with some butter and white wine: 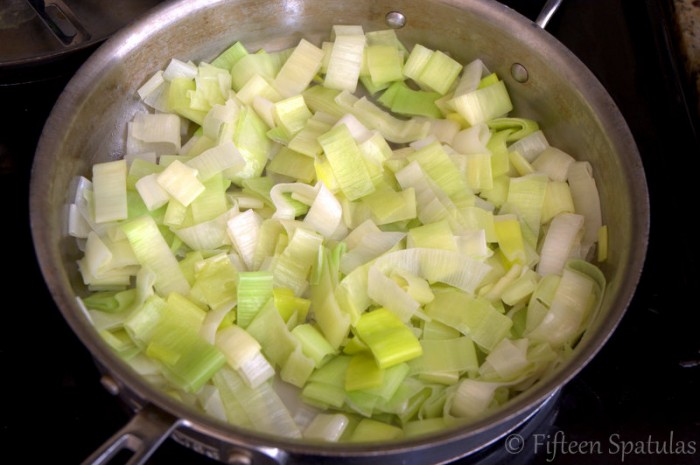 In the meantime, cut your brioche loaf into cubes and spread them out on a sheet tray:

Toast them for 15 minutes until golden brown: 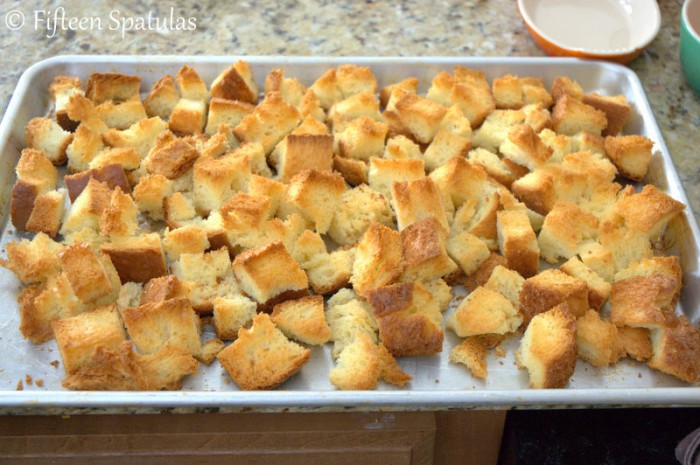 Toss the toasted brioche and softened leeks with a custard liquid made with eggs, cream, and milk: 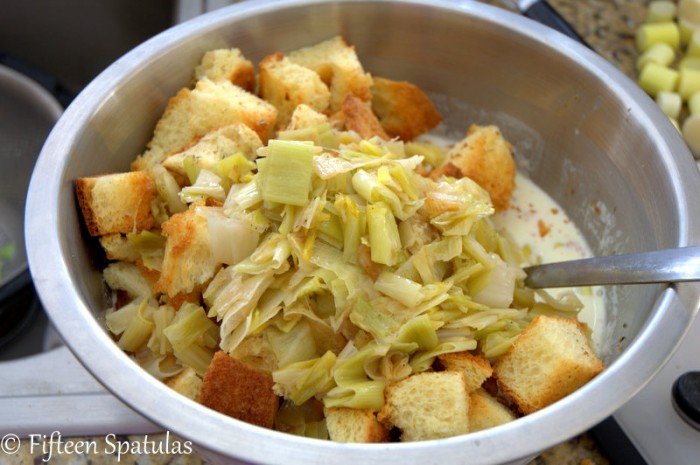 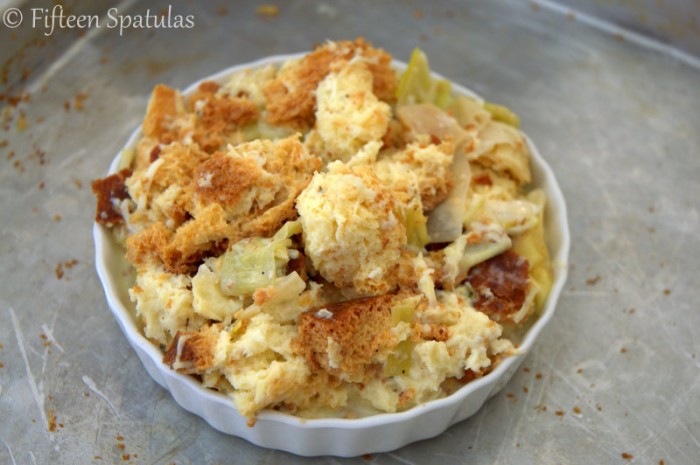 Enjoy, and welcome to the savory side of bread pudding!

Other Thomas Keller recipes I’ve made and LOVED: 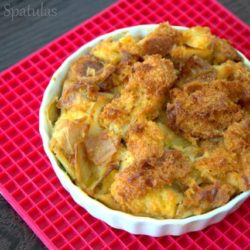 Servings: 8
Prep Time: 35 mins
Cook Time: 1 hr 10 mins
Total Time: 1 hr 45 mins
If you've never had a savory bread pudding before, you're in for a treat! Fresh thyme, leeks, butter, gruyere, and more are combined with brioche cubes and custard for a rich side dish.
Print Recipe Pin Recipe
3
reviews
Leave a Review »