This Glazed Spiral Ham is truly special, and a worthy centerpiece for any holiday meal. I love making this for Easter!

The thing that can be tricky about a ham is making it seem more special than just a precooked, store-bought meat from the grocery store. 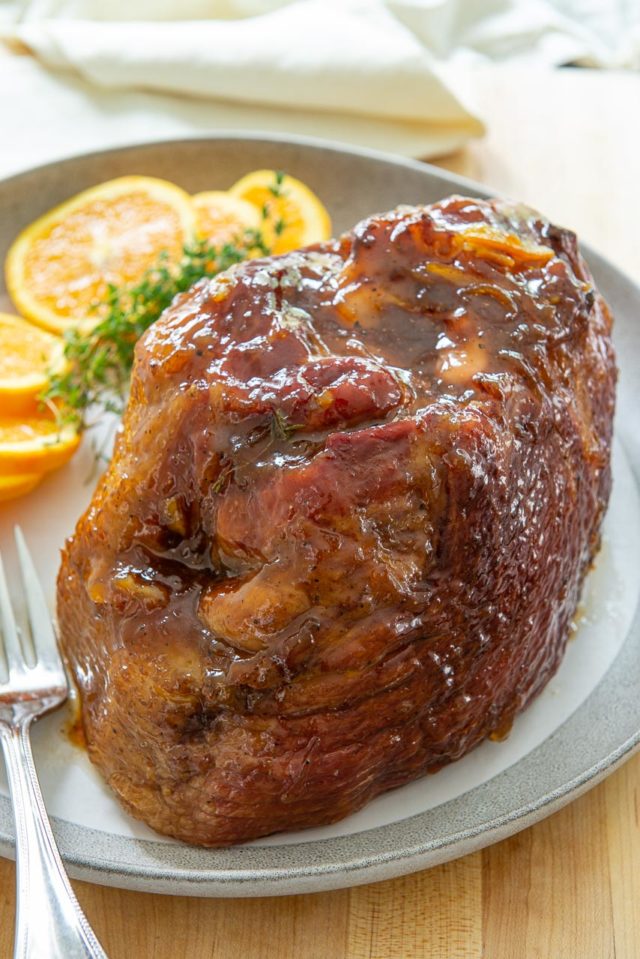 But a well prepared ham is a delicious main course meat, and when holidays are feeling a bit stressful, the ease of a spiral ham can also come as such a relief.

There are two many keys to making an awesome spiral ham.

The first is to warm it in a way that keeps the ham as moist as possible, and the second is to make a great glaze for the outside. 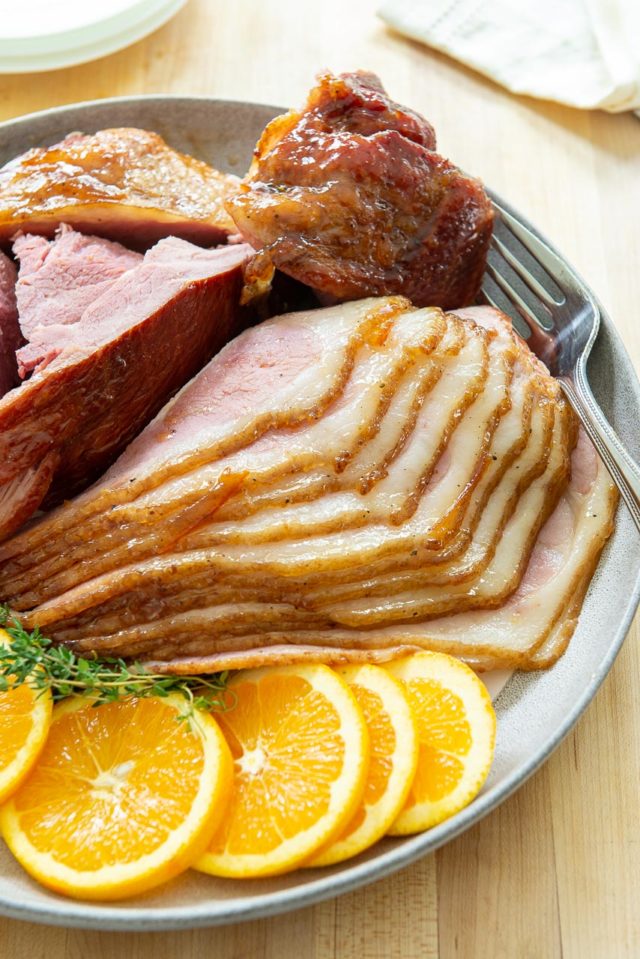 Honey is often used in ham glaze, but I think maple is better.

Here we’ll combine it with orange and a few other supporting ingredients to make it really flavorful and balanced.

How to Cook a Spiral Ham:

Since the ham is technically already cooked, what we’re really doing is warming it.

There are a few tricks for doing that in a gentle way that doesn’t dry the meat out, while also leaving enough warming time for the glaze to caramelize a bit on the outside.

Start by Warming the Ham in Water

One of the best tips I’ve ever learned for making a spiral ham comes from the cookbook The Science of Good Cooking (affiliate).

The tip is to place the entire ham in hot tap water before cooking: 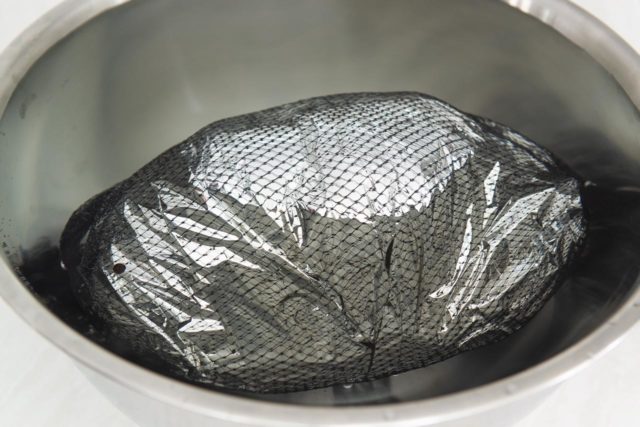 I’m already a big believer in taking meats out of the fridge at least an hour before cooking, whether I’m making Pan Seared Steaks or Prime Rib. It makes a big difference in terms of juiciness and I’ve tested this many times.

By warming the ham in hot water before getting it in the oven, we minimize moisture loss and end up with a much juicier ham.

I’ve tested out how much of a difference this makes, and it’s big. Plus, the time you spend warming it now shaves cooking time off later.

Place the Ham in a Cooking Dish

While the book recommends 90 minutes of soak time, I find that a 6 to 7lb ham only needs about an hour of soaking time to get to about 60F. 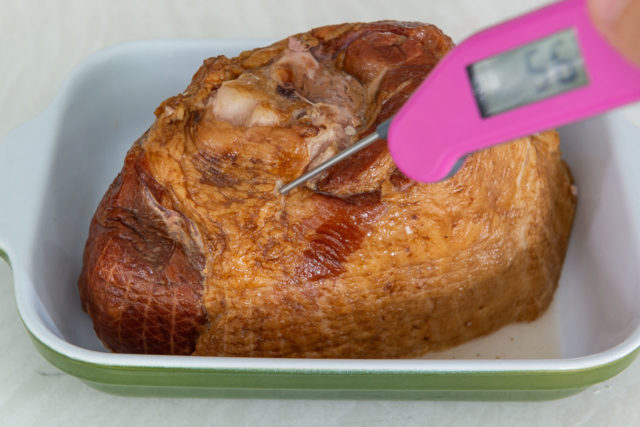 Place the ham cut-side down in a casserole dish, and cover tightly with foil: 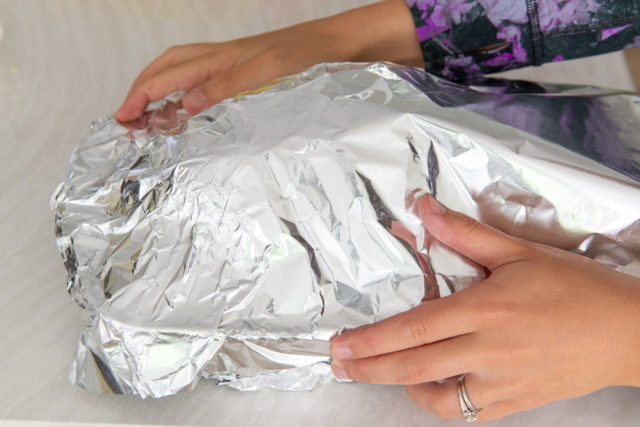 Really make sure you crimp it well, and use a generous amount of foil. You don’t want moisture escaping.

Place the ham in the oven for about an hour to warm up, and in the meantime, work on the glaze. 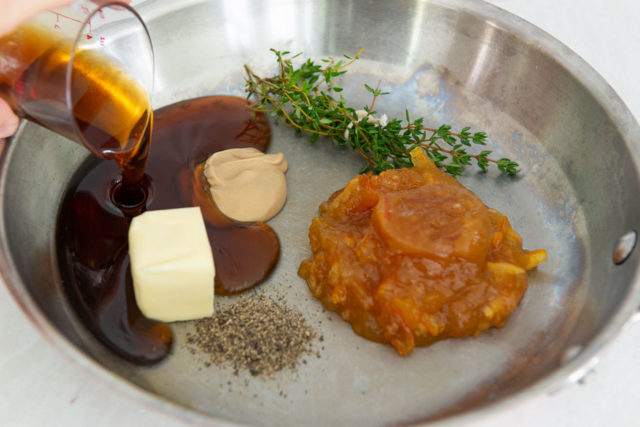 I prefer a skillet because the ham glaze reduces faster, and that is our goal here. Simmer the glaze for about 5 minutes: 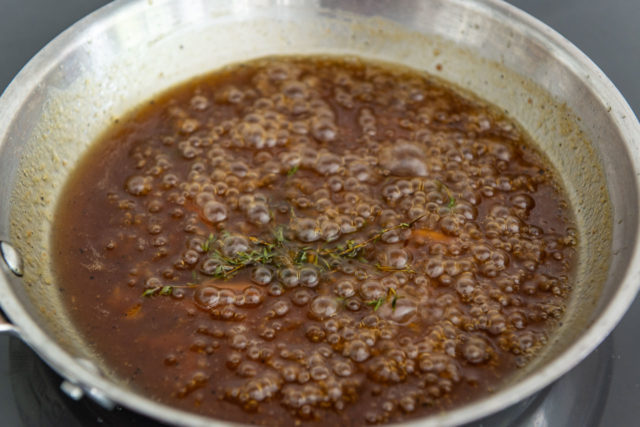 Make sure to stir it frequently so it doesn’t burn, and after 5 minutes it should look fairly thick, like this: 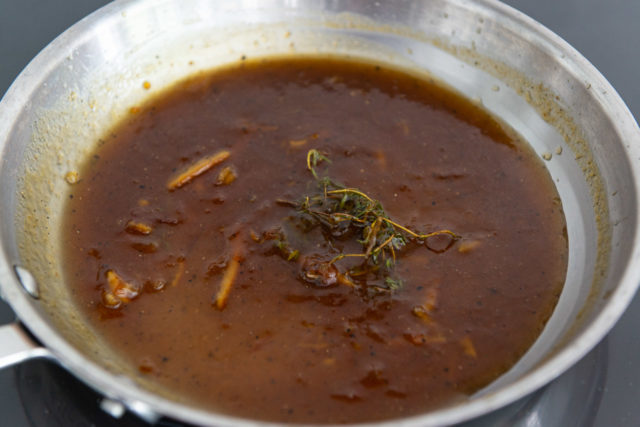 After the ham has cooked for an hour and is at least 95F, brush on half of the maple orange glaze: 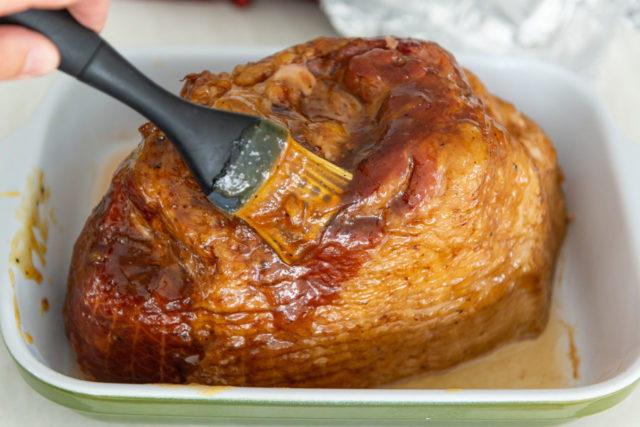 Bake the ham at an increased temperature of 350F for 15 minutes, and the glaze should now be a little bit sticky and set: 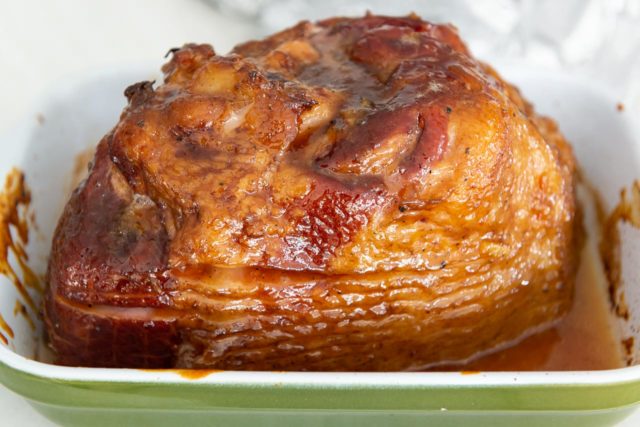 Brush with the other remaining half of the glaze: 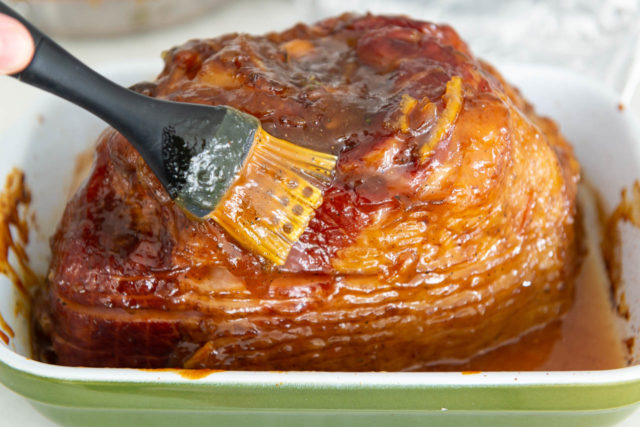 Return the ham to the oven for 10 more minutes, and check that the ham is at least 110F but more ideally 120F inside with a kitchen thermometer (affiliate).

Serve the ham right away while it’s warm. You can put it on a platter whole: 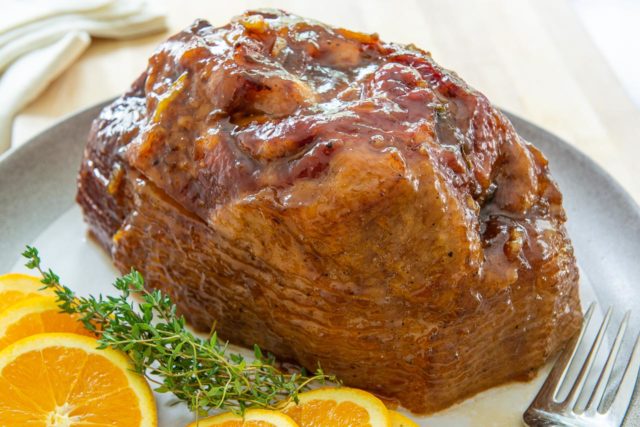 Or, you can cut around the bone (do this on a cutting board), and serve it in pieces on a platter: 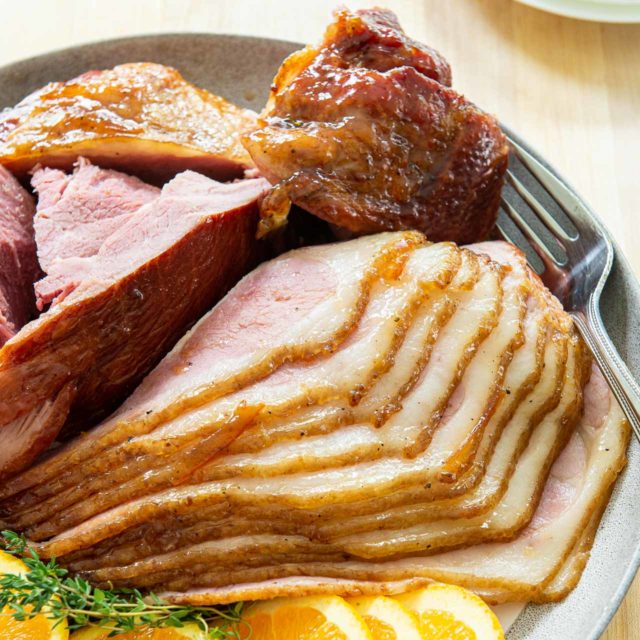 Use the leftover ham in Fried Rice, a Croque Madame sandwich, or Potato Croquettes. Enjoy!

Storing leftovers: Leftovers keep beautifully. Store in an airtight container for up to 5 days.

Freezing: Spiral ham freezes well. Store in an airtight container for up to 2 months.

Reheating: Ham microwaves well. I do about 60 seconds at 50% power for 3-5 slices of ham. Time will vary depending on microwave wattage. Just make sure to check often and be careful not to dry the ham out.

Flavor Variations: You can play with the flavors you use here. Instead of orange marmalade, cherry preserves are a great substitution. You can also substitute rosemary for the thyme. 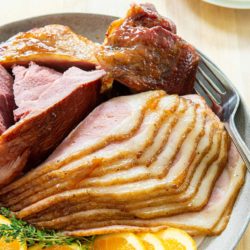 Recipe adapted from The Science of Good Cooking.