Classic choux pastry is filled with a luscious coconut rum filling and topped with toasted coconut, for a unique eclair dessert! 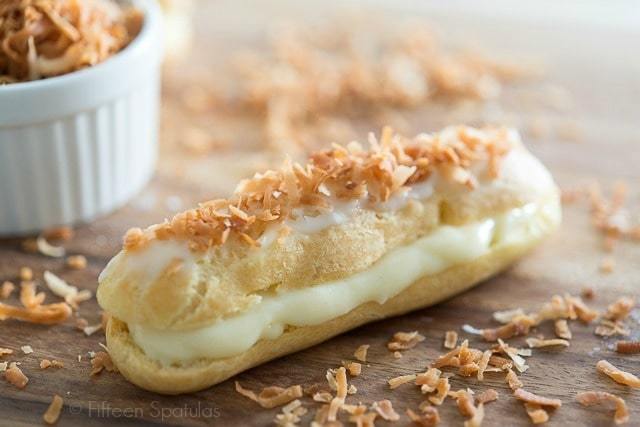 I have wanted to share this recipe with you for quite some time, but it makes sense it’s finally happening now that we’re in the cold of winter. When it’s 20 degrees outside, that means it’s a baking day, obviously. Haha. 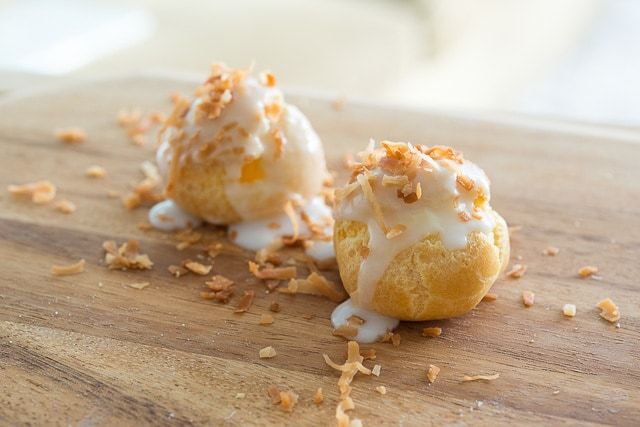 These Coconut Rum Eclairs are a recreation from a trip I took to Turks & Caicos last August with my husband. The trip was very last minute and spontaneous (I think we booked it 10 days before we left), but the island was so spectacular it didn’t matter that we didn’t plan much beforehand. Turks & Caicos is a wonderful place to go if you’re looking for some of the most incredible beaches in the world, and some good food.

Here is a photo I took of the eclair I had at the Turks & Caicos bakery: 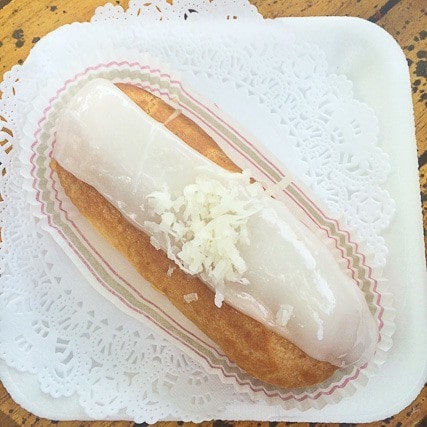 It was good, but I knew I wanted to change a few things when I got home.

First of all, I wanted toasted coconut instead of raw. So spread out some coconut on a sheet tray: 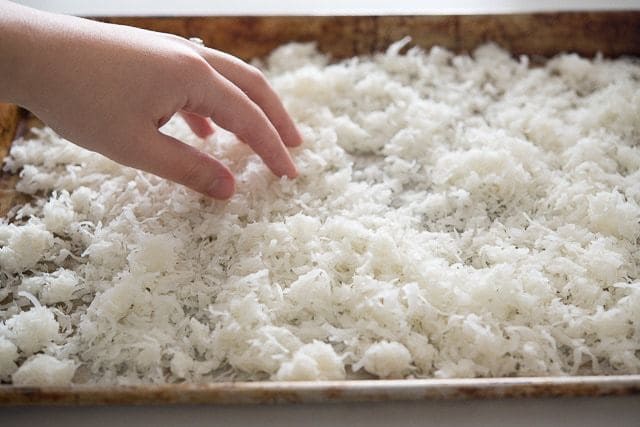 And roast in the oven for about 10-15 minutes until it’s golden brown and crispy: 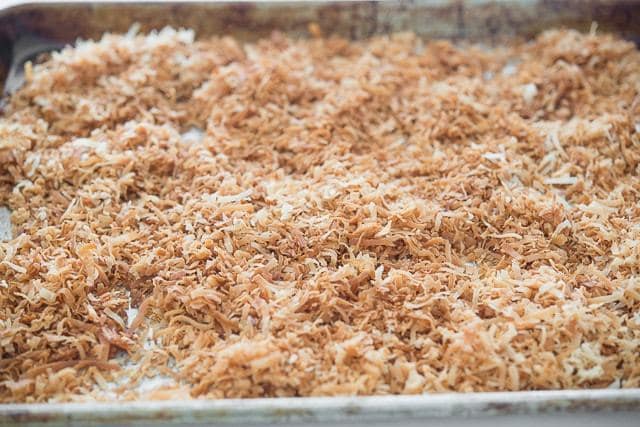 Next, I already have a step-by-step for how to make eclairs and cream puff pate a choux dough, so make those according to that recipe: 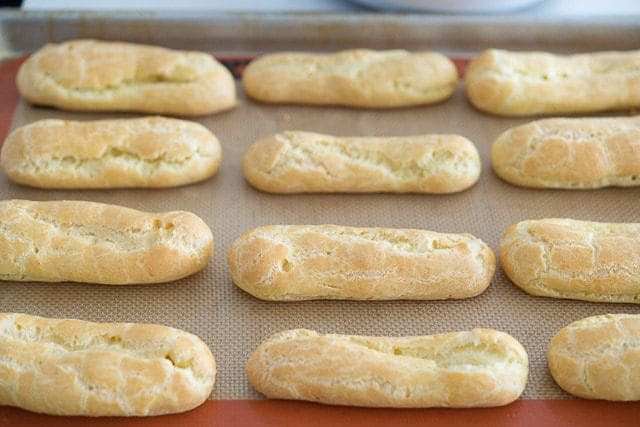 Moving on to the pastry cream, whisk together egg yolks, cornstarch, and sugar: 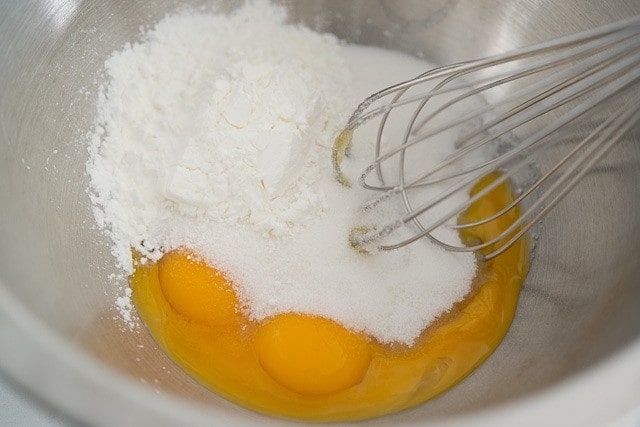 Temper that mixture with some scalded milk, then cook until thick and pudding-like: 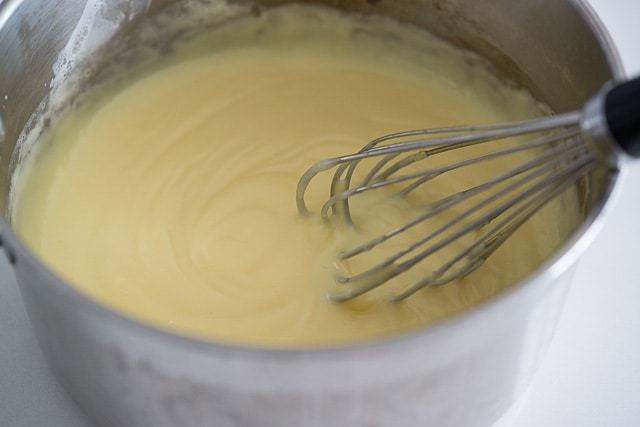 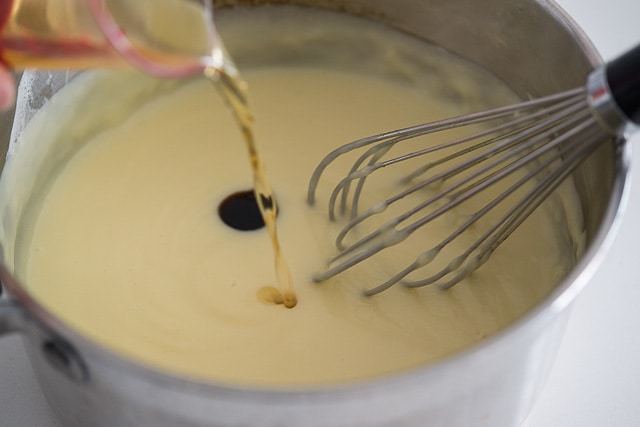 Then chill the mixture completely.

When the pastry cream has chilled, it’s time to fill the eclairs.

If you have the proper piping tools, you can pipe the filling inside. Otherwise, you can cut the eclairs in half, and spoon in the pastry cream: 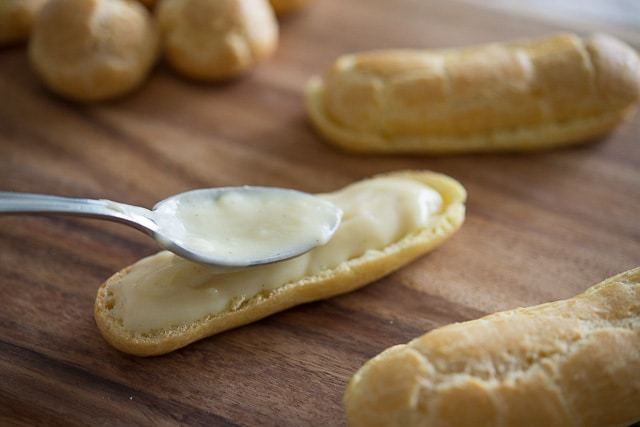 Then take the top and dip it into icing made from confectioner’s sugar and water: 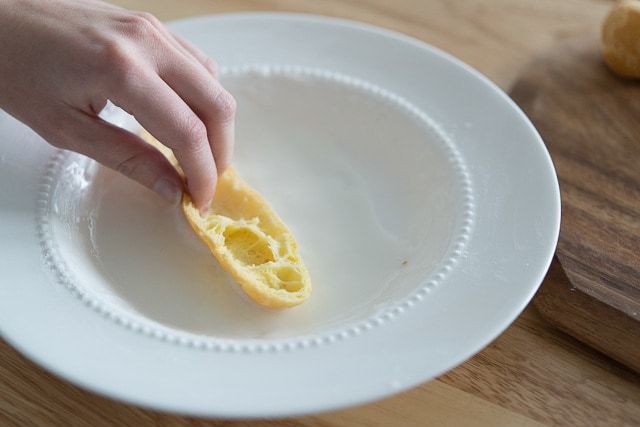 Place the glazed top on the filled eclair, then sprinkle toasted coconut: 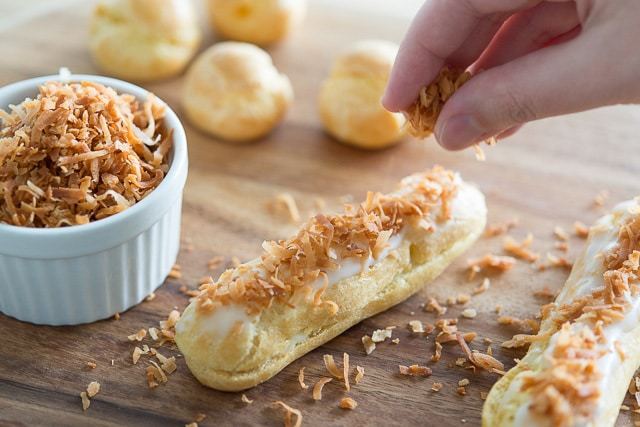 And now it’s ready to be enjoyed! Happy baking =)

In the comments: Pete and I are thinking about where we want to travel next, and we’re thinking maybe St. Lucia or Belize. If you have any recommendations for other places from your own travels, please share below! 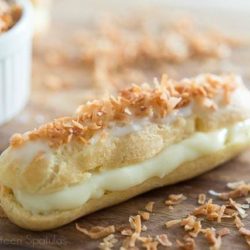