This Cinnamon Coffee Cake has a sour cream batter and lots of cinnamon streusel baked into it. It’s a sturdy bundt cake that’s great to take to parties or events! 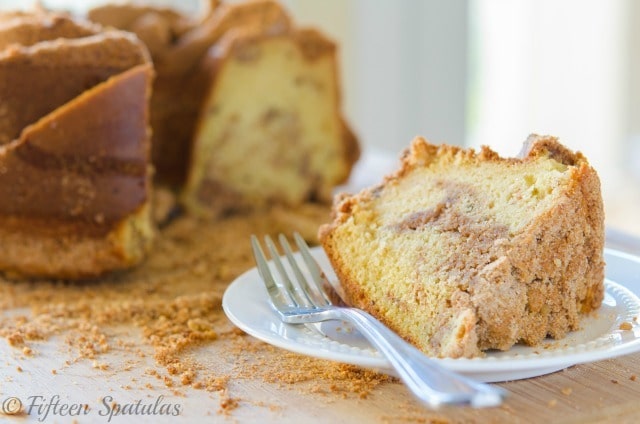 Moving…as many times as I have done it in the past several years, it’s always such a strange phenomenon. Just this morning I woke up and had a split second where I had no idea where I was (does that ever happen to you?). I have been in this house for 4 months now, but knowing that Pete and I will be moving again in about a year somehow hinders me from feeling adjusted and settled here in this little Connecticut town.

Some of you might be wondering why we move so much, and it’s because my husband serves as an officer aboard US Navy submarines. I have no idea how this has never come up in the two and a half years Fifteen Spatulas has been around, but I guess it’s because it has always been the way of life for us. In the past five years, Pete has been assigned to live in six places, so moving around is just the name of the game. I’ll admit that it’s really hard sometimes and despite the fact that I’m fairly young, I crave roots. I dream of settling down somewhere, buying (instead of renting) a home of our dreams where I can grow my own food garden, and starting a family. Someday soon… 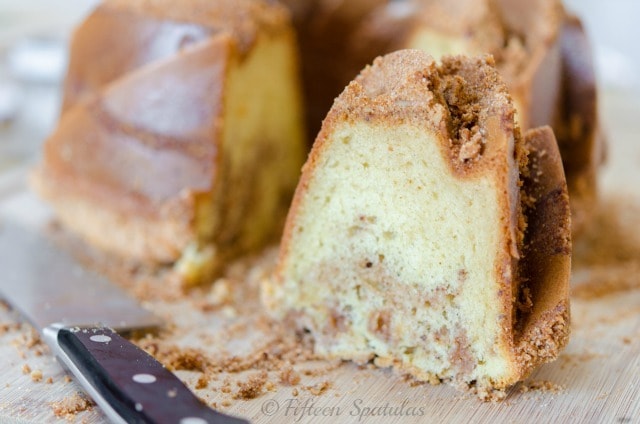 I know this is a virtual Housewarming, but I hope it makes you feel loved and feel settled in your new home anyway, as you unpack boxes and start off in a new place.

I made Ashton a little Cinnamon Crumb Coffee Cake as a housewarming gift! 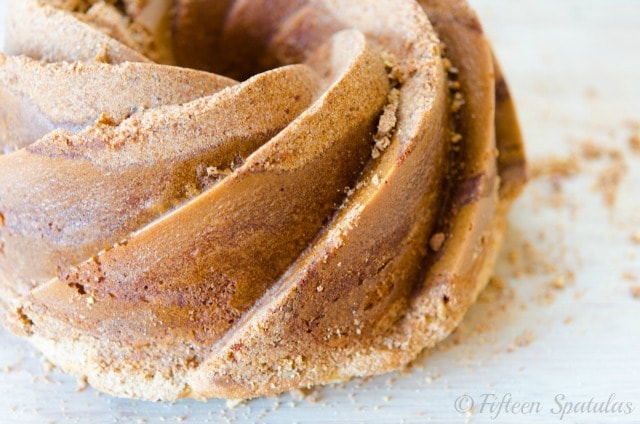 All you have to do is make a sour cream batter: 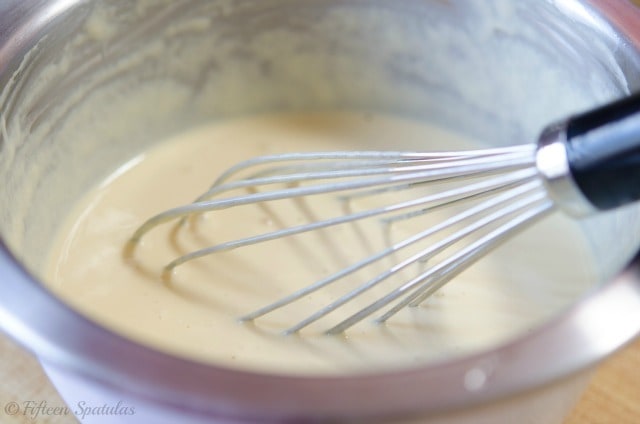 And layer it into a bundt cake pan with cinnamon streusel crumbs: 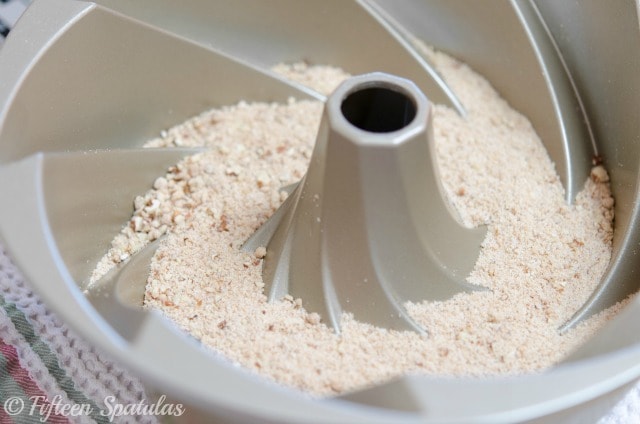 Swirling it as you go: 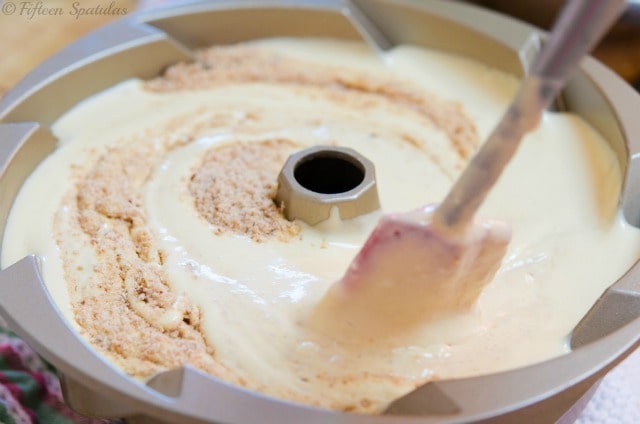 60 minutes in the oven and it’s done, and ready to give to someone you love! Enjoy! 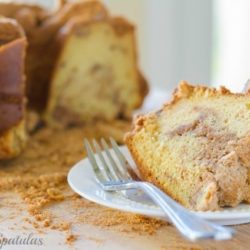 posted in: All Recent Posts, Bread, Breakfast and Brunch 86 comments