Home » Recipes » Dessert » Chocolate Eclairs with my French friend Herve (plus the video we filmed in LA)!

Chocolate Eclairs with my French friend Herve (plus the video we filmed in LA)!

Classic choux pastry is piped into eclairs and filled with a rich chocolate pastry cream filling. This is one of my favorite indulgent desserts! 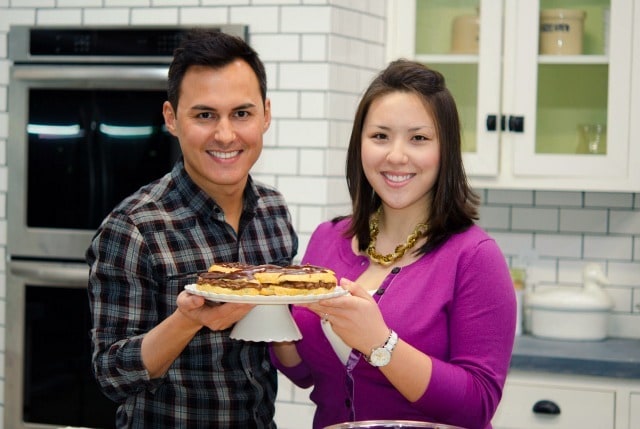 While I was in San Francisco for the holidays, I popped down to the Tastemade studios in LA to film a video with my friend Herve of Herve Cuisine. Let me introduce you to Herve first, then I’ll tell you about Tastemade.

Herve is from Paris (yes, he talks with a super suave French accent that you can listen to when you watch the video below), and he also happens to have the #1 Youtube Channel in France. He has a huge following and one quick look at his recipes and you’ll understand why. His recipes are impressive and his straightforward videos make cooking those recipes seem oh so easy.

You’ll see Herve’s charm in the kitchen in any of his videos, but I have to say he is totally hilarious and charming in person too. I knew we were meant to be friends because:

1) He has no hesitation in participating in ridiculous photos like this: 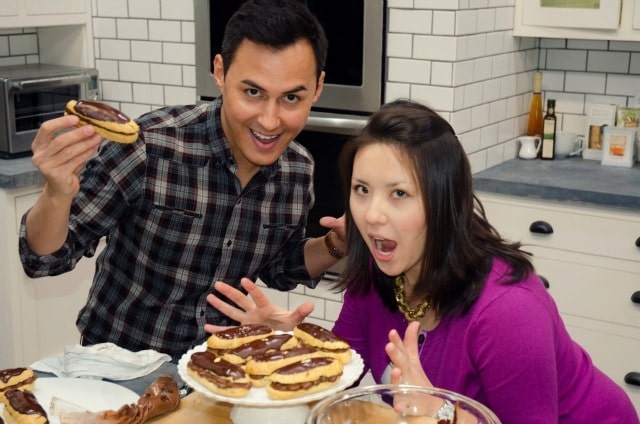 2) He scrapes and licks bowls as much as I do. We just LOVE food, people. Can’t waste good eats.

In between takes we were always doing some version of this: 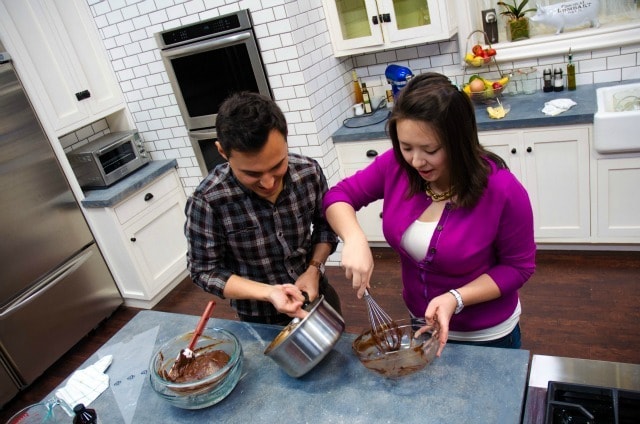 It’s what I call Stage 1 of cleaning. It’s less work for the dishwasher. You should try it sometime.

So, my friends. It’s time to share our Chocolate Eclairs video with you, and we hope you like it! Honestly these were the best darned eclairs I have ever eaten in my whole life. And the funny part is up until I ate these, I thought I didn’t like eclairs that much. I always liked the filling but was iffy about the dough…but Herve’s dough recipe is magical. 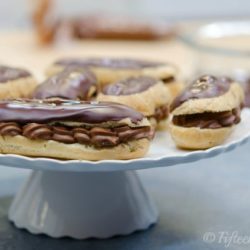 For the choux dough:

For the chocolate pastry cream:

For the chocolate glaze:

19 Comments on “Chocolate Eclairs with my French friend Herve (plus the video we filmed in LA)!”