Chicken Cutlets with Mustard Cream Sauce is a quick and flavorful recipe, perfect when you need an easy weeknight meal. It has a wonderful creaminess to it but isn’t too heavy!

You can never have too many recipes for chicken, am I right?

It seems like despite the many variations of chicken I’ve done, I’m always looking for more. Chicken is such a great blank canvas for adding flavors, and I have so many more dishes to get to!

Here are the 3 biggest reasons why I love this dish so much:

How to Make Chicken Cutlets:

Season the chicken cutlets on both sides with salt and pepper: 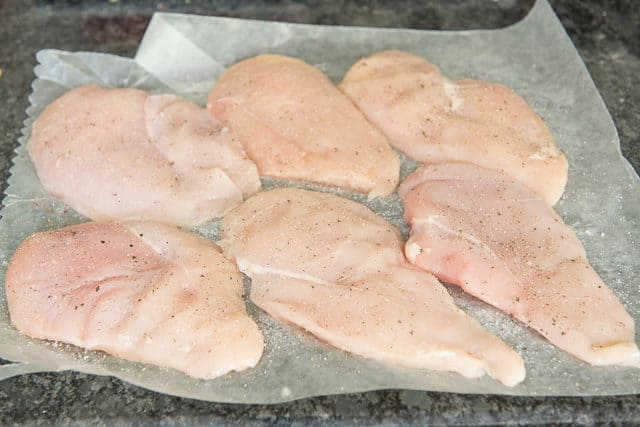 Next chop some bacon and crisp it up in a skillet for a few minutes: 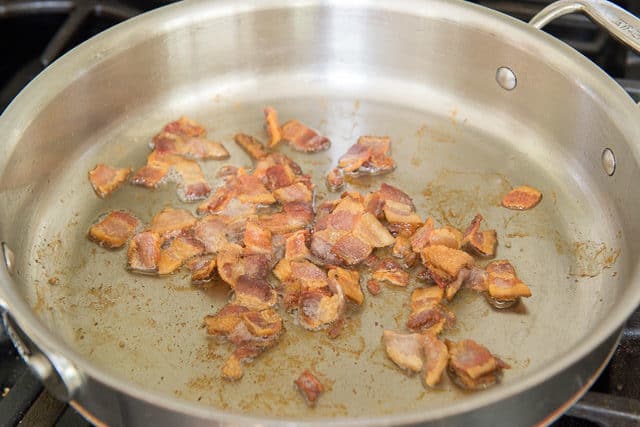 Remove the bacon bits with a slotted spoon, leaving the fat and brown bits behind, and add a couple sprigs of rosemary to the bacon fat. This will give great flavor! 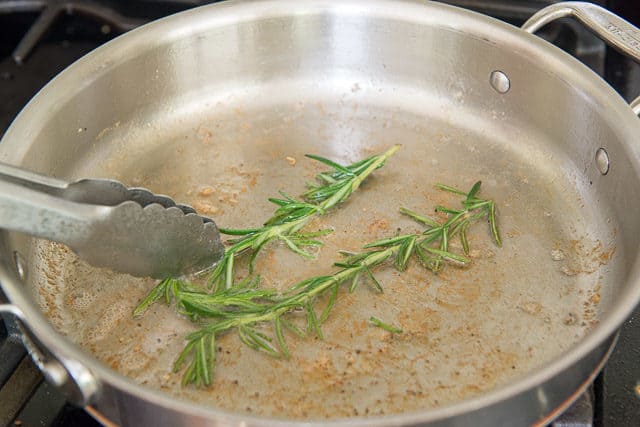 I’ve also used sage and thyme in this recipe, and both are wonderful.

Now add a single layer of chicken cutlets to the skillet, and cook for about 3 minutes on each side, until cooked through to 165F. 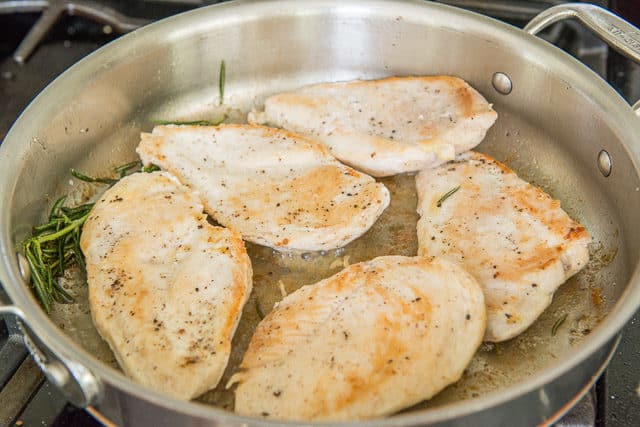 Once the chicken cutlets are cooked, remove them from the pan and you’ll be left with brown goodness all over the bottom. This is all flavor, and will make your sauce taste really good, so deglaze the pan with chicken stock and brandy: 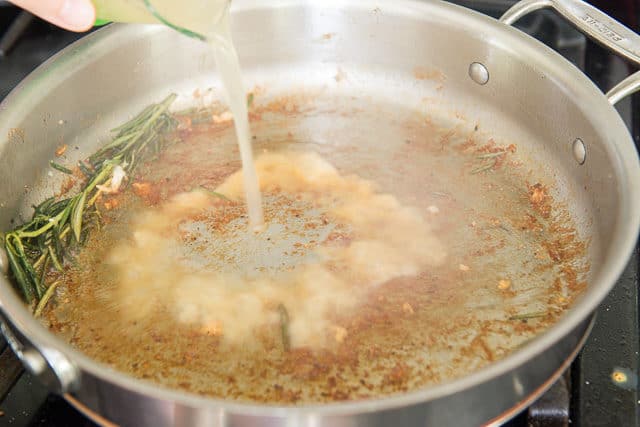 And if you don’t want to use brandy, chicken stock alone is fine. Reduce the liquid down until it’s almost gone.

Now add a grainy mustard and heavy cream, and stir to combine. 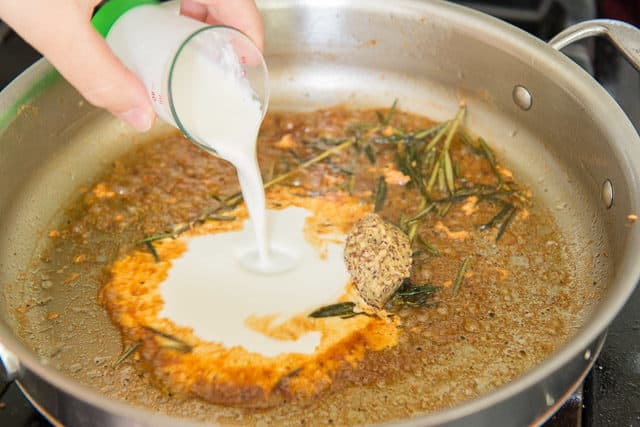 You should now have a creamy pan sauce in your skillet, and you can add the chicken cutlets and bacon back to the pan:

Toss to coat, then you’re ready to eat! For side dishes, I recommend Potato Gratin if you want something hearty, Crispy Smashed Potatoes for something in the middle, or a salad like Brussels Sprout Salad or Zucchini Salad for something light. Enjoy! 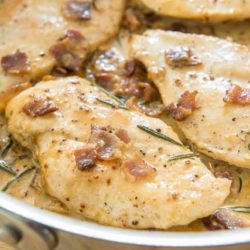 Side Dish Ideas for this Chicken (optional)

*You can also do 10 sage leaves, or a few sprigs of fresh thyme. For side dishes, I recommend Potato Gratin if you want something hearty, Crispy Smashed Potatoes for something in the middle, or a salad like Brussels Sprout Salad or Zucchini Salad for something light.

This post was updated with new photos and writing in June 2018. Originally published December 2012.