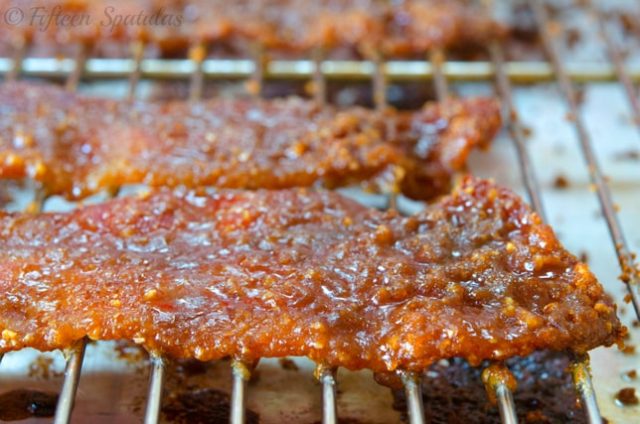 Have you ever heard (weird) people say “nothing tastes as good as skinny feels?”

Well those people have OBVIOUSLY never had praline bacon.

I remember a few months ago I came across a fitness blog written by this lady who had all sorts of crazy ab action going on, and right on her website was that very statement. Then she wrote that all she eats is chicken and vegetables every day, with salt and pepper. EVERY. DAY. Seriously, can you imagine eating that every day? Give me the option between her chiseled body and the option to eat good food…and well…the choice is pretty obvious (there ain’t no chiseled abs ’round these parts…well, there may be, I just can’t see them if there are, hehe).

Don’t get me wrong, I do love chicken and veggies, but sometimes you want something dang good…that’s oh so bad…something you know is going to cost you some extra time at the gym.

But hold on…what is praline bacon? 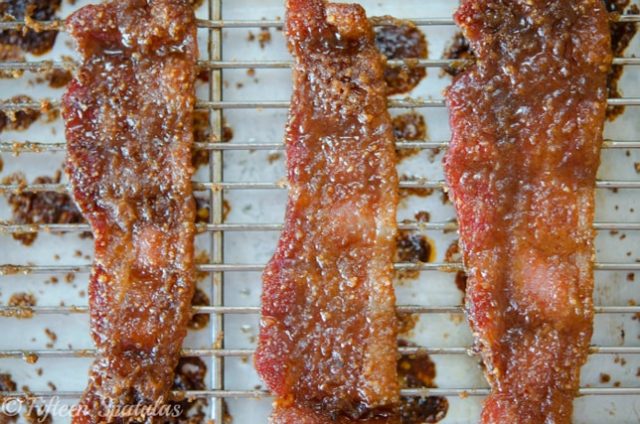 Until a year ago, I didn’t know what it was either. I first saw it on a menu of a New Orleans diner and practically screamed at the waitress when she asked what I wanted, “…PRALINE BACON!!!! What is that??? I WANT IT!!!”

It’s bacon that’s roasted with a pulverized pecan brown sugar until it has caramelized. 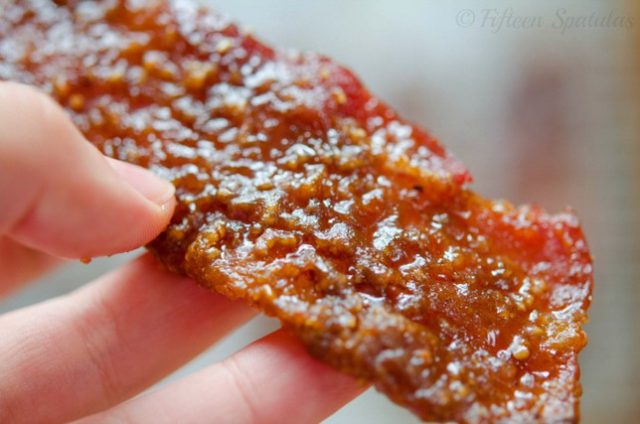 Praline bacon is quite simple to make. First start with some toasted pecans: 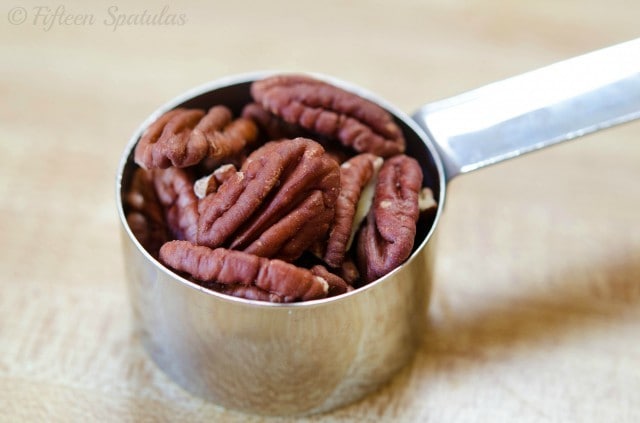 Throw those pecans into a food processor with some dark brown sugar and pulse until it forms a crumb that looks like this: 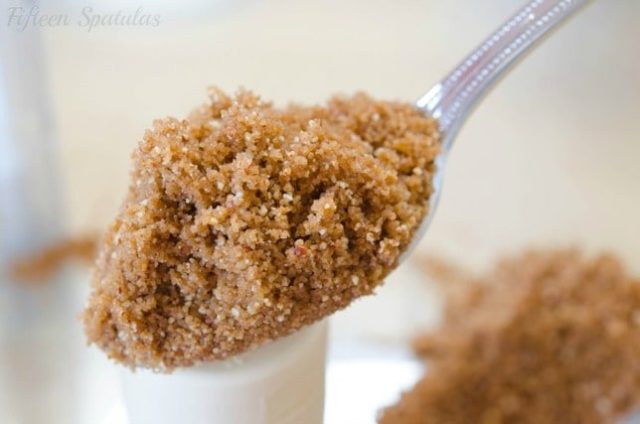 Press the bacon slices into the brown sugar pecan crumb and lay them on a wire rack set atop a sheet pan: 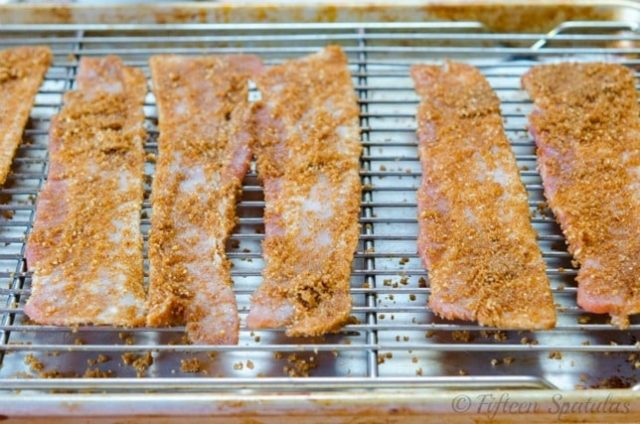 Roast in the oven until caramelized:

Then close your eyes and take a bite! Mmm…