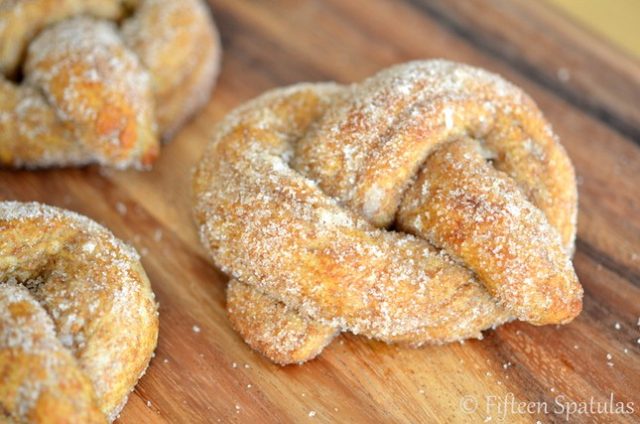 Every time I post a bread recipe on Fifteen Spatulas, I almost inevitably get at least one person asking me this:

“Can I make this bread with whole wheat flour instead of white?”

Oh how this question would pain me, because I would have to break the bad news.

You see, you can’t just swap the two whenever you want, and expect the same results. 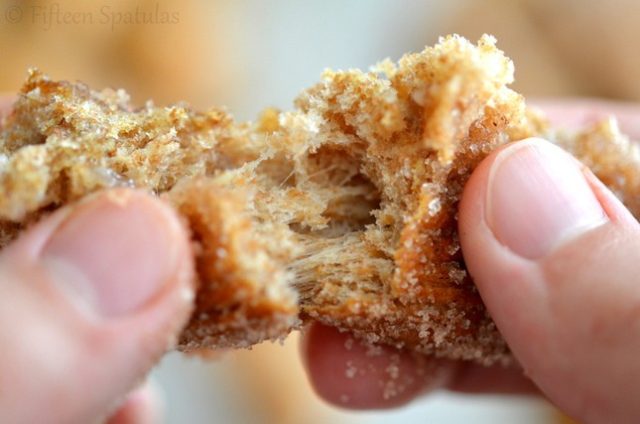 The reason it doesn’t work is because whole wheat flour has significantly less protein than white flour, which means less gluten-developing ability. Which is why even for my Homemade Whole Wheat Hamburger Buns, we use a mix of both flours.

For recipes like Whole Wheat Pancakes or The Very Best Oatmeal Chocolate Chip Cookies made with whole wheat, it doesn’t matter since we don’t want to develop gluten.

But with bread, gluten is practically everything.  It’s why we spend 10 minutes working that dough, so we can develop a big strong web of gluten-rich dough that can hold in the gas bubbles that the yeast make, and give the dough rise.

Translation: Without gluten, bread would be heavy and dense, instead of light and fluffy. The yeast would be producing its gas bubbles, but there would be nothing to catch and hold those gas bubbles in. 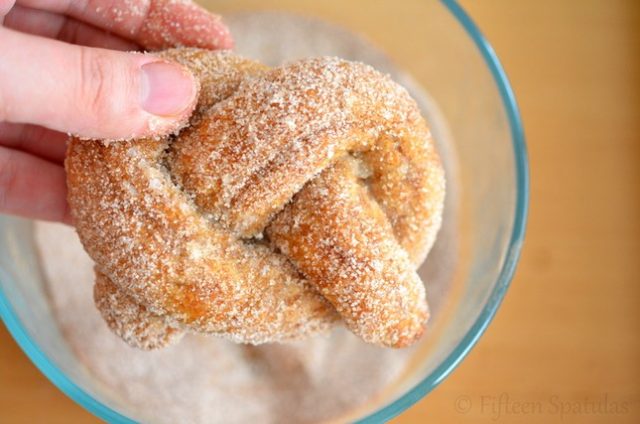 One of the most popular recipes on Fifteen Spatulas (and one of my personal LOVES) is Hot Buttered Fluffy Pretzels, and well, apparently today is my happy day because now if someone asks me, “Joanne, can I use whole wheat flour instead of white flour for this recipe?” I can say….YES!!!! Thanks to some super magical yeast =)

This super magical yeast I used is this Platinum Superior Baking Yeast. It has dough enhancers that strengthen the dough,  and give the bread more rise and oven spring. The minute I got my hands on some of this yeast, I knew I had to test out the Hot Buttered Fluffy Pretzels…made with 100% Whole Wheat Flour. 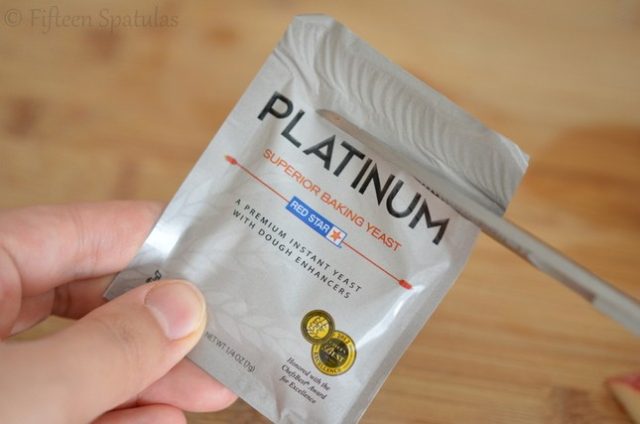 It turned out to be a total kitchen success. I discovered that I was able to make the soft baked pretzels entirely out of whole wheat flour. 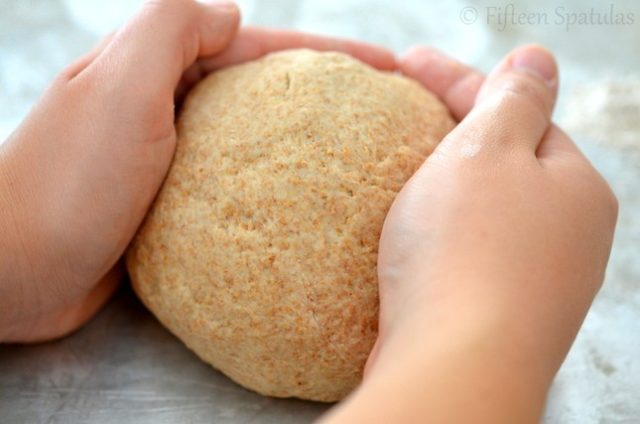 And it still had the pretty yeast bubbles, but with more of the whole grain goodness: 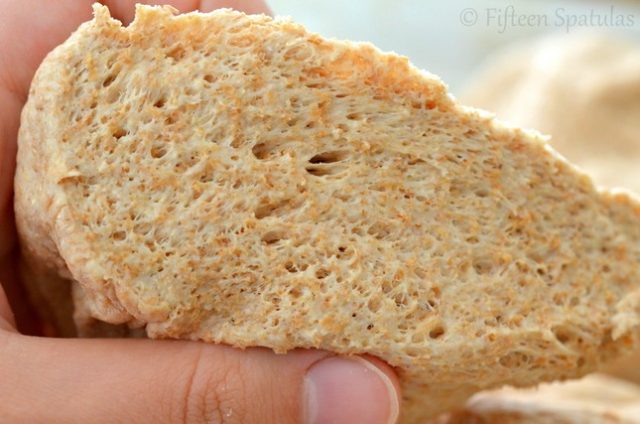 I could still roll them out into a long rope: 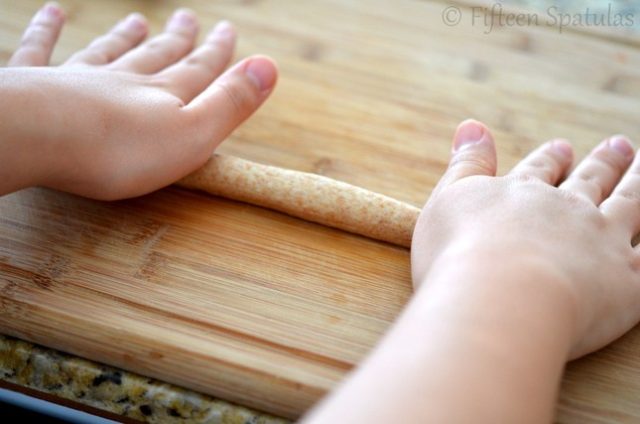 And shape them into pretzels, without stickiness on my hands. 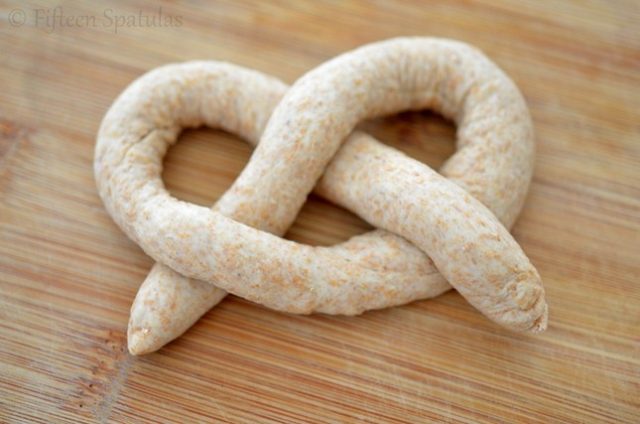 And after a little dip in baking soda wash, 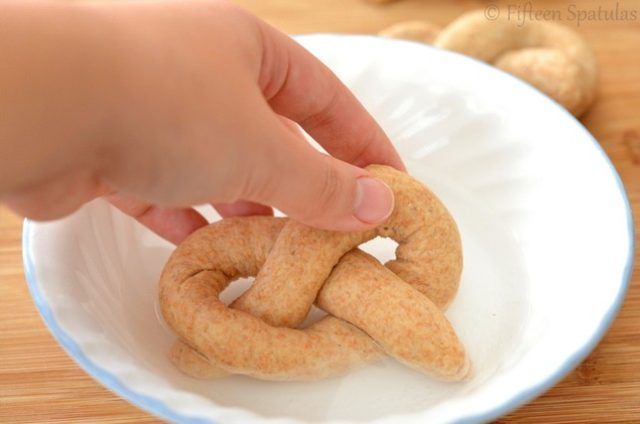 they went onto the sheet pan for 15 minutes and puffed up like crazy. 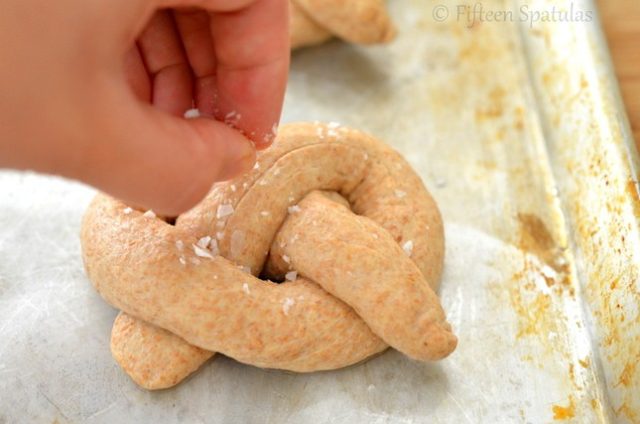 This time for the whole wheat version, I decided to make them cinnamon sugar pretzels.

It’s not that I don’t like the hot buttered ones…it’s just I’m crazy for cinnamon sugar tossed ANYTHING. Long ago when I’d go to the mall and get lured into the perpetually long line at Auntie Anne’s, I always got the cinnamon sugar one. Because that darned cinnamon smell in the air is what got me every time. 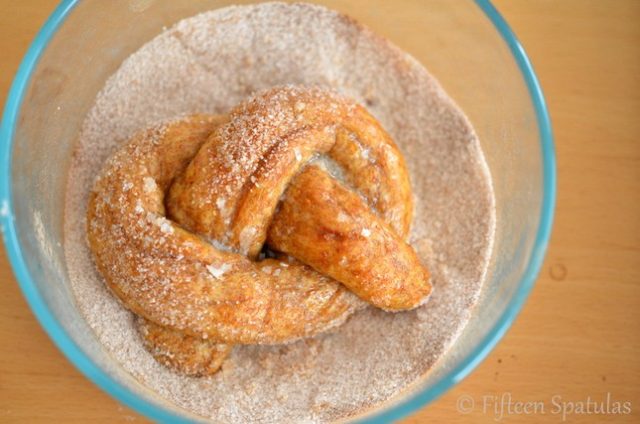 And because these are made from whole wheat flour, that means it’s totally okay to turn these into cinnamon sugar pretzels. You totally earn it with that 100% whole wheat part. Or so says my brain. 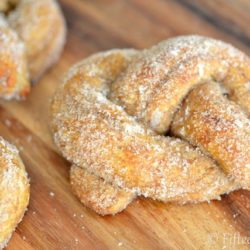 For the Soda Wash: