These Buffalo Garlic Knots are stuffed with a hint of blue cheese, and brushed with a garlic buffalo sauce. 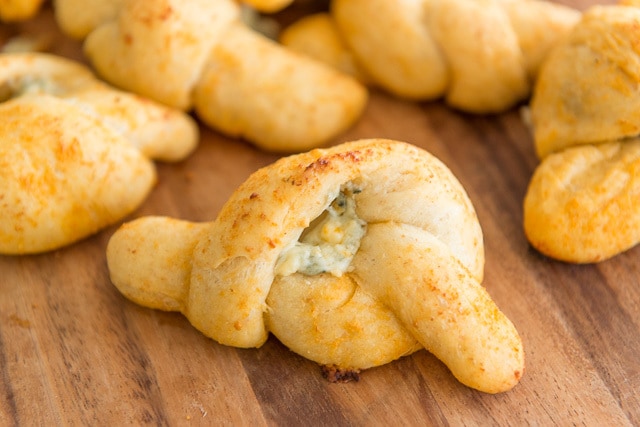 Today’s post is another step in my personal mission to “buffalo all the things.” That unbeatable combo of Frank’s hot sauce, worcestershire, and blue cheese…oh…oh…

As I mentioned in my Blue Cheese Dip post a few days ago, I had never tried a Buffalo Wing until my 20s, so naturally, I’ve had to spend all the years following making up for lost time.

I’ve “buffalo-ed” pizza, pasta, and the classic dips, and it was only a matter of time before I took pizza’s cousin, Garlic Knots, and buffalo-ed it up too. 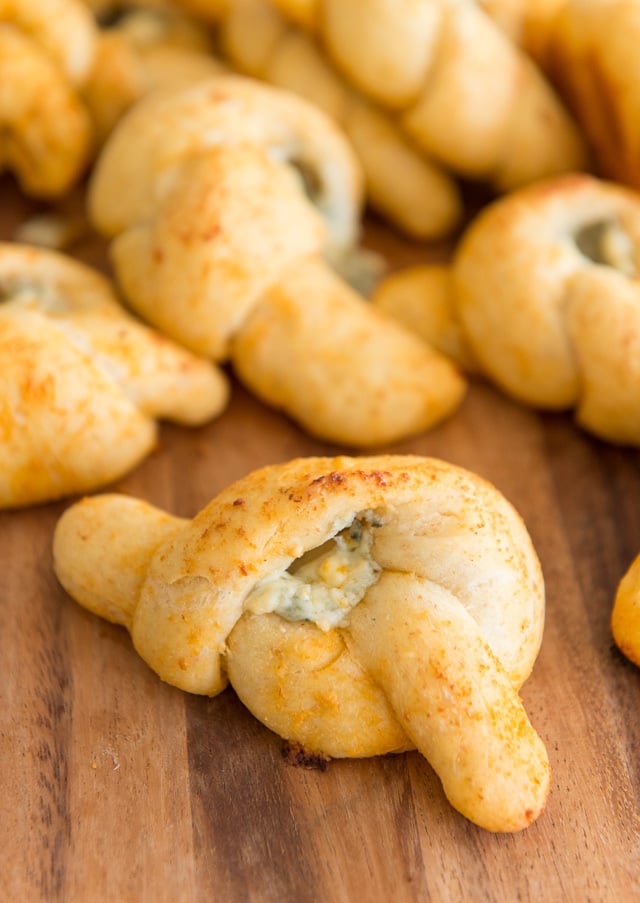 In the world of carbs, pizza knots have always been one of my top picks. The fluffiness and the way your teeth sink into the pillows of bready goodness, I can’t resist.

What I really like about applying the buffalo theme to garlic knots is the amount of flavor it adds. The blue cheese is bold and sharp, and the Frank’s is tangy and spicy. These are the most flavorful garlic knots in my arsenal.

To get started, I’ll show you how to make the dough. It’s very easy and only has one 30-minute rise, but you could also use storebought pizza dough if you prefer to shortcut this step.

Combine warm water, yeast, and sugar in a bowl, and let sit for 10 minutes until foamy, like this: 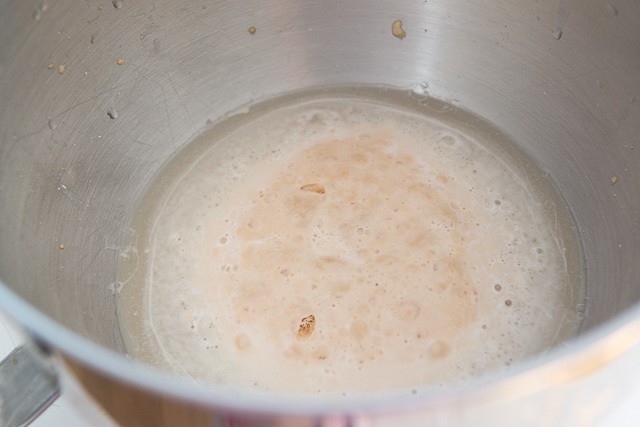 Add bread flour (I’ve gotten away with all-purpose flour FYI), a touch of salt, and olive oil, and mix a couple times until a shaggy dough forms: 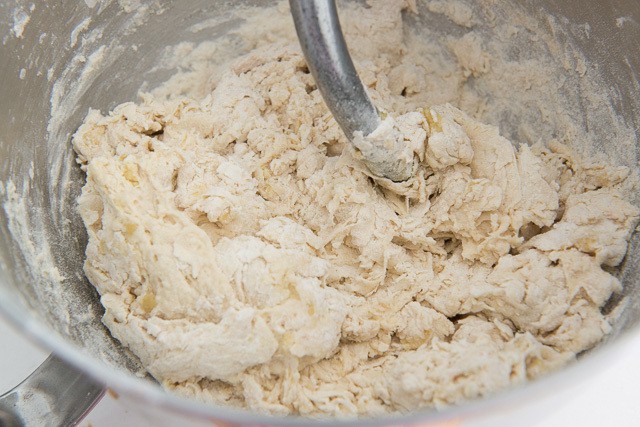 Knead the dough in a stand mixer fitted with the dough hook for about 10 minutes, until relatively smooth, like this: 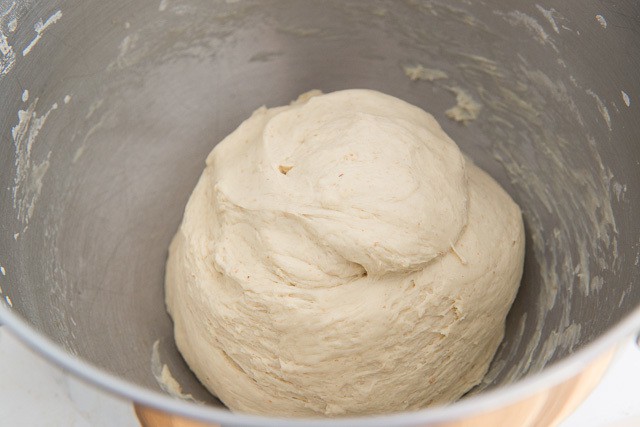 Cover and let rise for 30 minutes, until doubled in size: 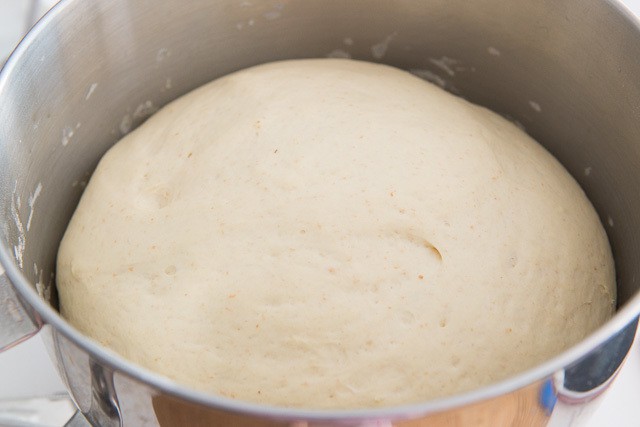 Move the dough to a lightly floured surface: 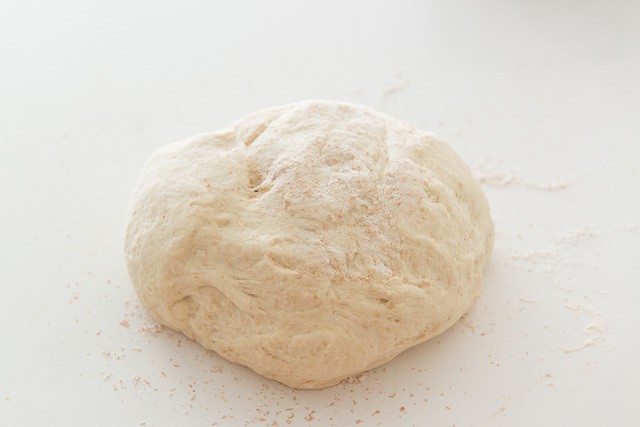 Cut the dough into 16 pieces: 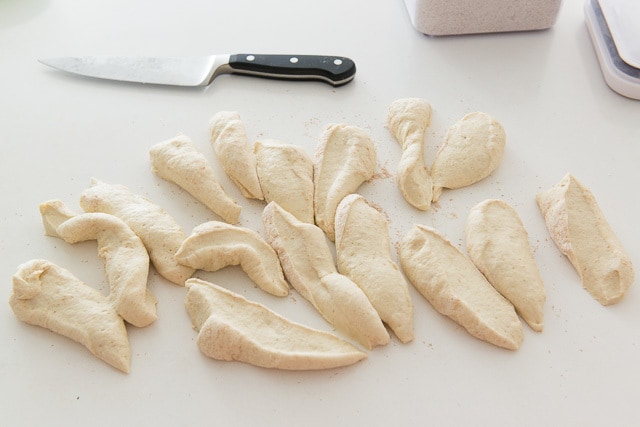 Roll each one into a long rope, about 8 inches long: 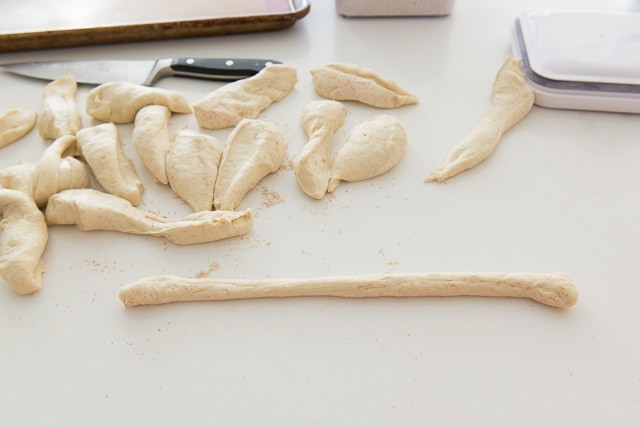 Tie it into a knot, leaving a little space inside the knot: 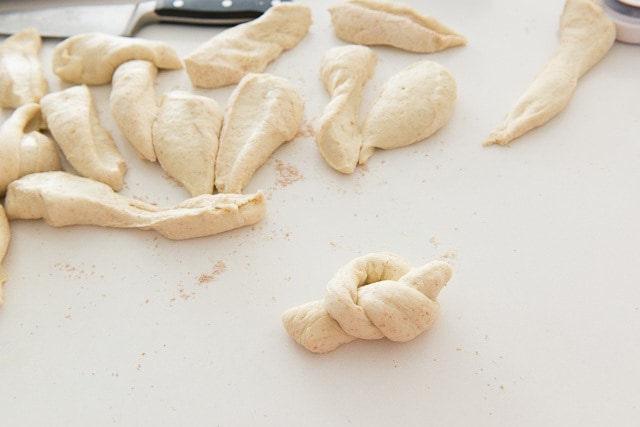 Take a few blue cheese crumbles, and squish them into a clump with your fingertips: 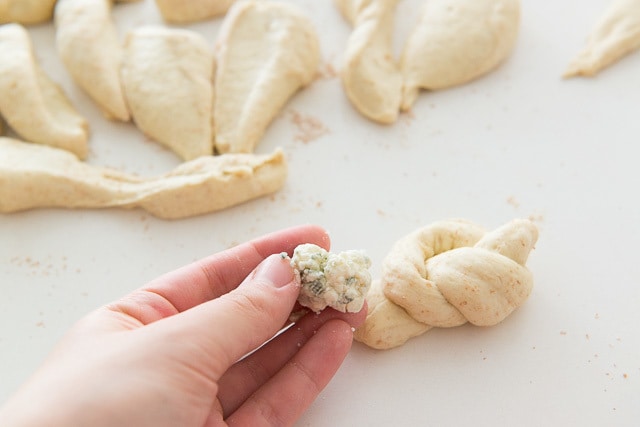 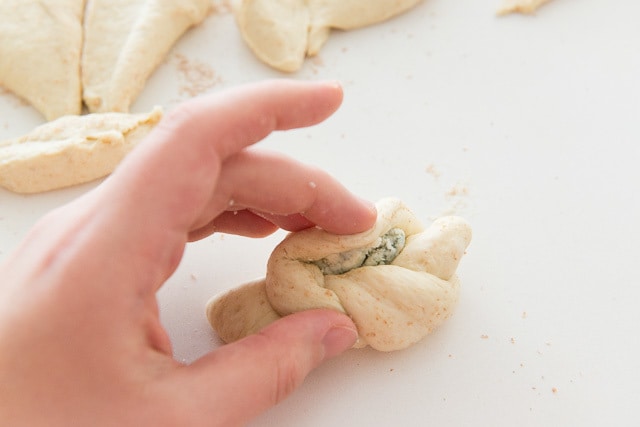 Sometimes I crimp the dough shut over the blue cheese, and sometimes I leave it partially open. The partially open cheese gets a little bit more brown and crusty, and thus has a slightly different flavor than the completely enclosed cheese.

Repeat this until you have 16 stuffed knots split between two half sheet trays.

In a bowl, combine a half stick of unsalted butter, Frank’s hot sauce, worcestershire sauce, garlic powder, and salt: 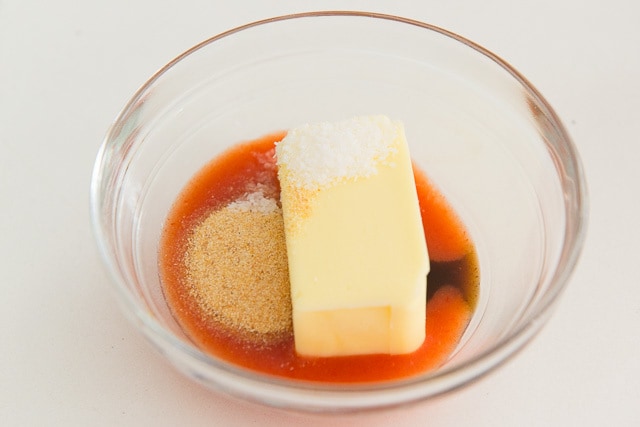 Melt in the microwave, then brush onto the garlic knots: 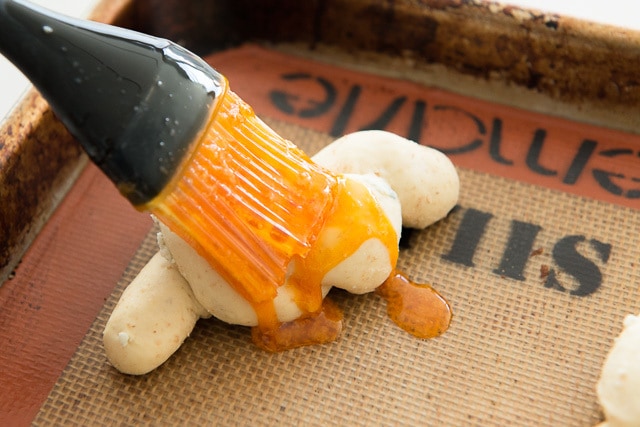 Bake for 10 minutes until the garlic knots are golden and puffed: 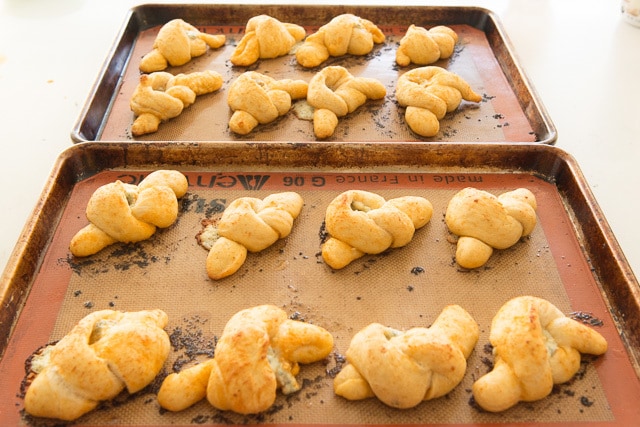 The garlic powder from the sauce that runs off during the baking process will blacken on the sheet pan, but rest assured, the actual knots will not be burned. Just serve the knots on a separate tray. 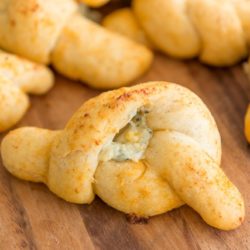 *I used my Garlic Knots recipe