These Snickerdoodles have tons of cinnamon flavor, with a thin and chewy center, and slightly crisp golden edges. Also, there’s no chilling or cream of tartar required!

The best snickerdoodle cookie is all about sweet cinnamon flavor delivered via the perfect cookie texture, if you ask me. 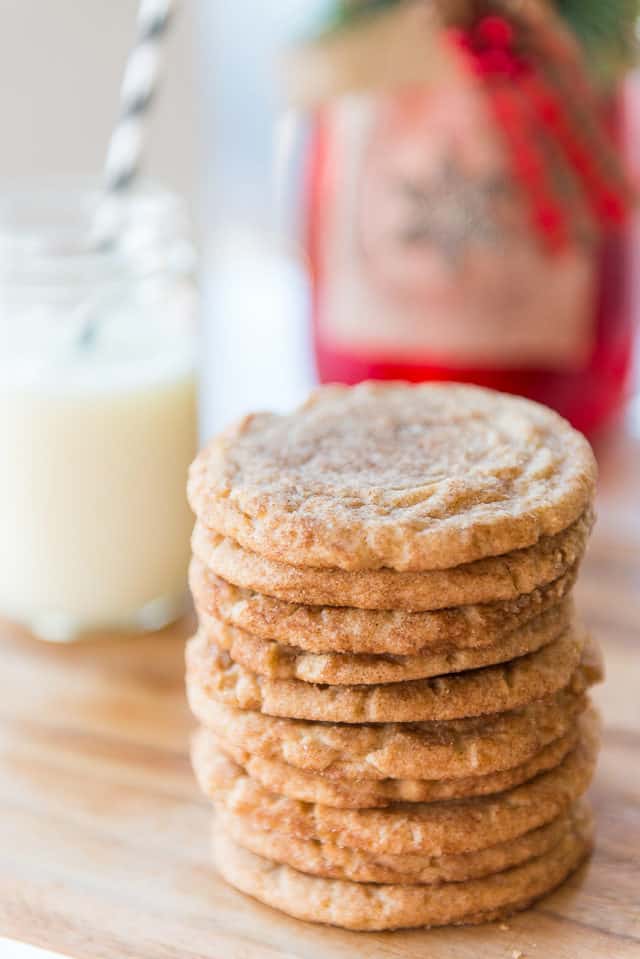 You can have 10 different cookie recipes using the exact same ingredients, but the textures can vary wildly depending on the ratios of ingredients, whether they’re chilled or not before baking, and tons of other factors.

This recipe is exactly how I’ve come to prefer snickerdoodles.

They’re slightly different from the usual snickerdoodle, and because they’re made without cream of tartar, they’re a bit more thin and chewy in the middle, with a crisp edge, instead of puffed and cakey throughout. 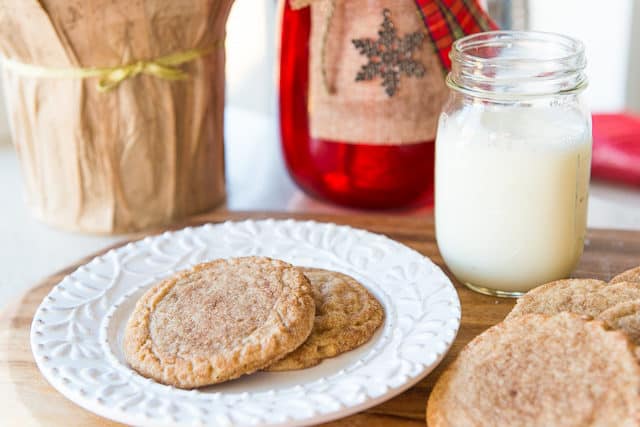 Snickerdoodles are popular enough that I’d consider them a year-round cookie, but I particularly love them for Christmas baking (along with Chocolate Crinkle Cookies, Lavender Shortbread, and Candy Cane Cookies).

Because cinnamon is arguably the star player of a snickerdoodle cookie, it’s essential to use a really good cinnamon. They vary SO much in quality.

This cinnamon is my favorite I’ve ever used. A friend told me it was cinnamon at another level, so I tried it and fell in love.

How to Make Snickerdoodles:

For the dry ingredients, whisk together flour, baking powder, cinnamon and salt: 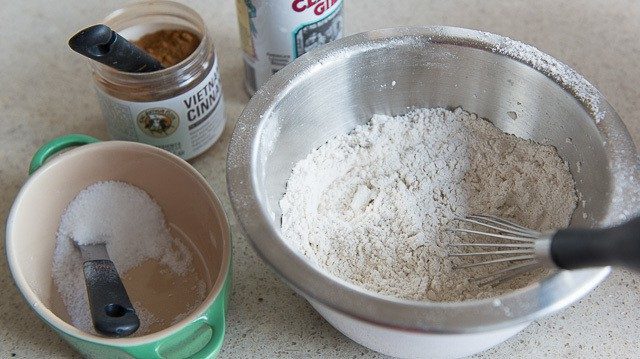 In a separate bowl, cream together butter, sugar, and brown sugar, then add vanilla extract and an egg: 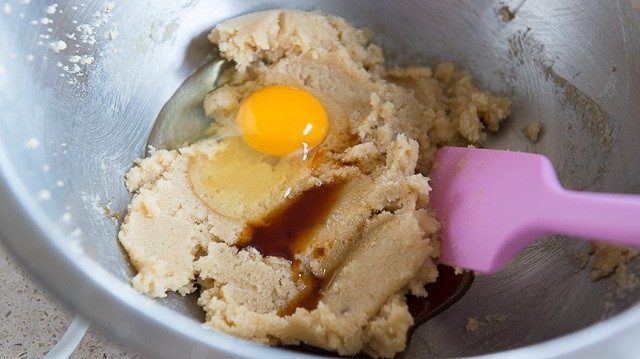 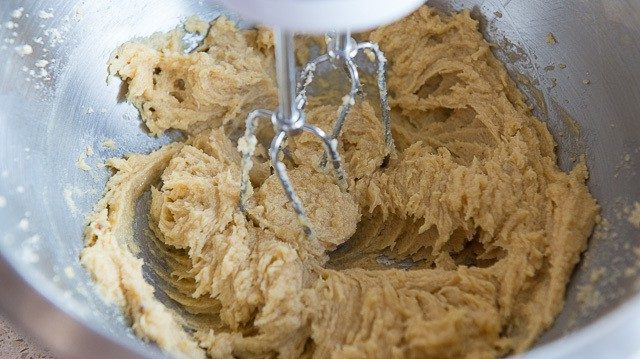 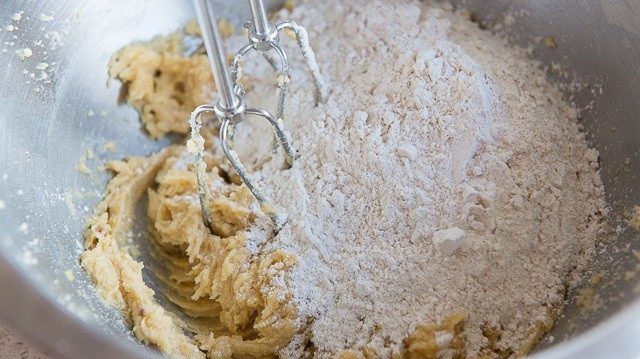 Mix until the dough comes together. It will look dry and crumbly, like this: 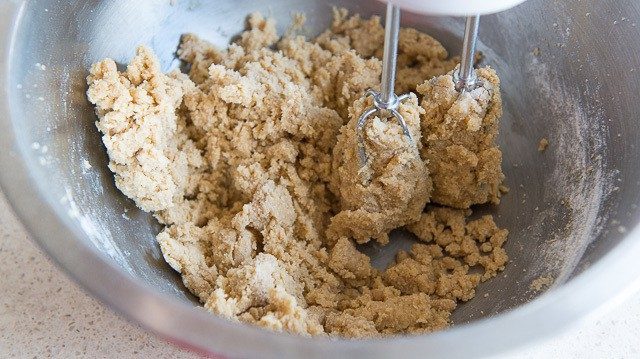 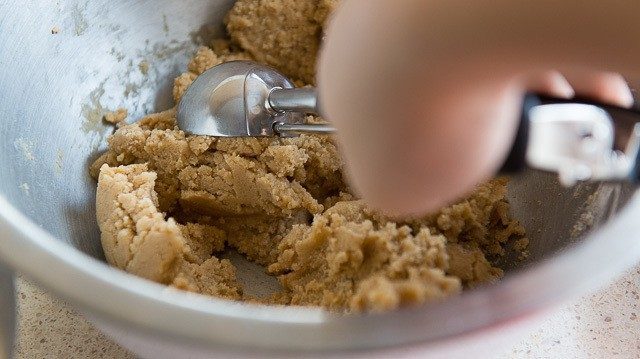 Coat each cookie ball in cinnamon sugar, then flatten on a sheet pan with a glass: 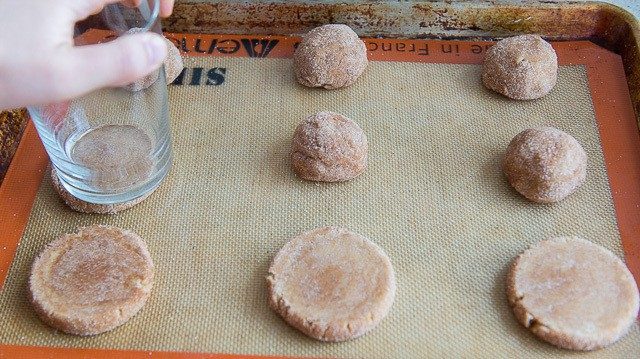 Bake for about 10 minutes until the cookies are golden on the edges: 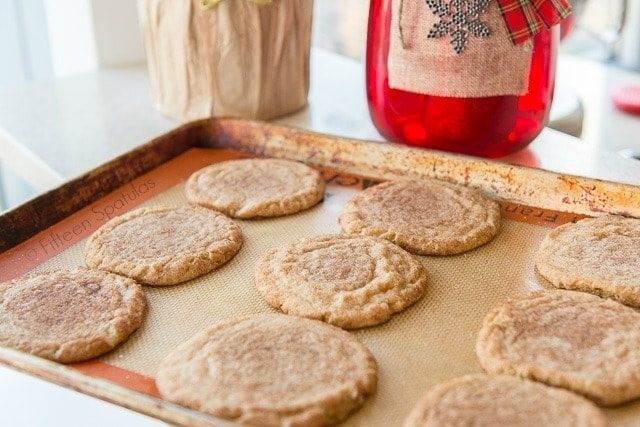 And I admit that I’m one of those people who would rather cram 9 cookies on a sheet pan and risk them running together slightly, than separate them onto two trays. I know, I know. Separate the cookies onto two trays if you want to avoid that risk.

The full recipe is below, plus a step-by-step video if you’d like more guidance. Enjoy!

Can you freeze snickerdoodles? Absolutely! You can freeze them fully baked, or you can freeze the dough. If freezing the dough, I recommend pre-flattening it, so you can bake straight from frozen.

How long will snickerdoodles stay fresh? These will keep for up to 3 days at room temperature, in an airtight container. Or in the freezer for up to 2 months. 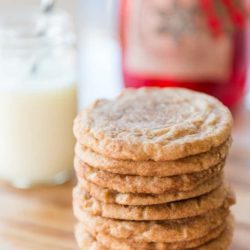