This delicious Banana Bread is a cinch to make using fresh OR frozen bananas. It has an incredibly moist texture and the perfect amount of sweetness to it.

It takes a lot for me to settle on my favorite version of a recipe, as I must try ALL the combinations first before deciding what’s best. To me, this is the best banana bread of all. 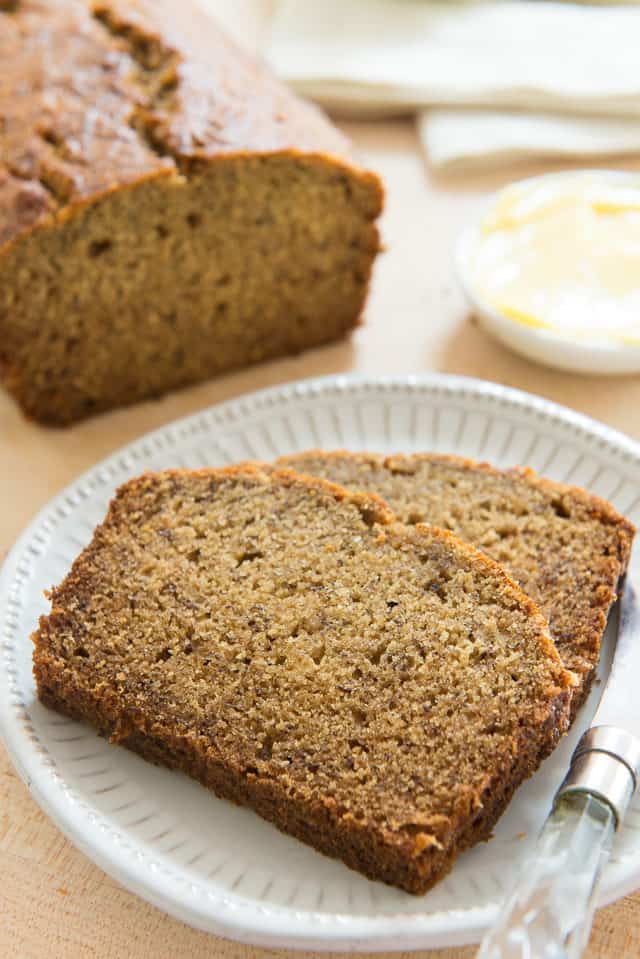 Here’s the deal with this banana bread: 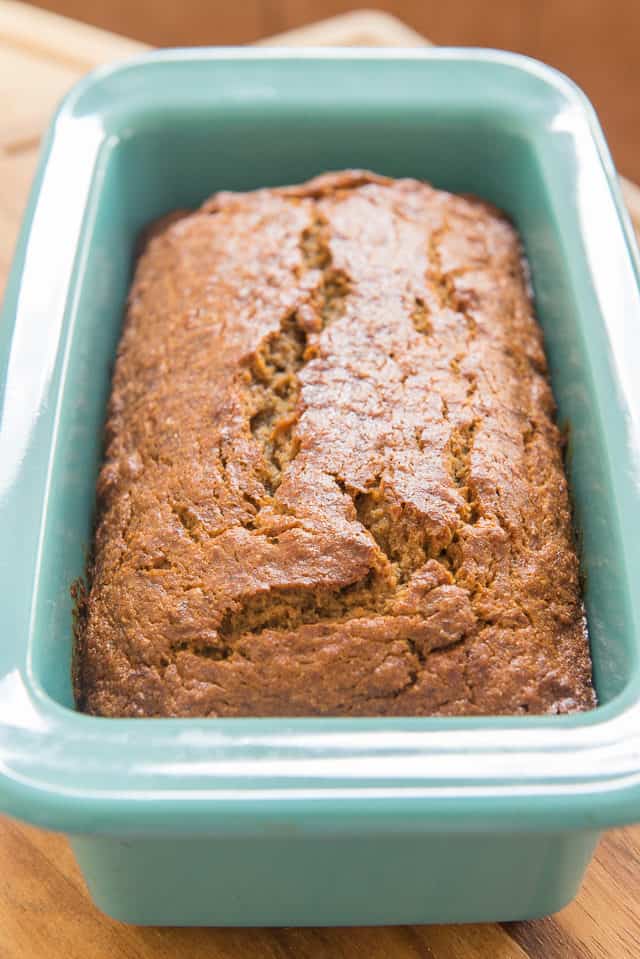 It’s so convenient to use frozen bananas.

Every time I have an overripe banana left over that no one wants to eat, I peel it and throw it into a container in the freezer.

Then I can make banana bread whenever I’ve accumulated at least 3.

How to Make Banana Bread:

If you’re using frozen bananas, place them in a microwave safe bowl: 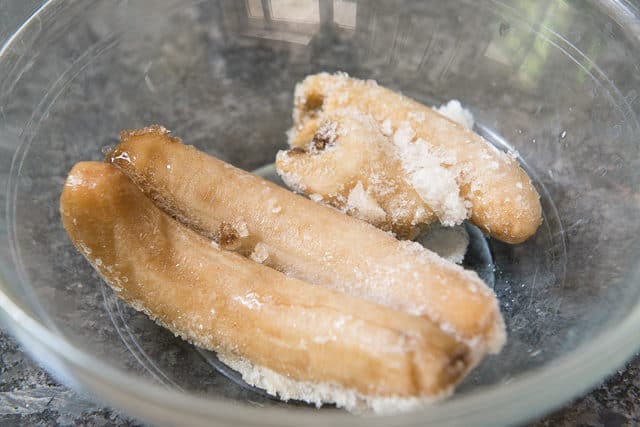 Microwave for about 60 seconds, until they’re completely thawed, then mix together with a hand mixer to break it down: 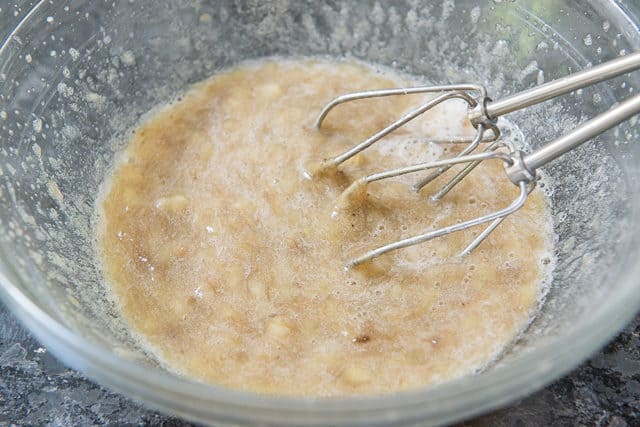 If using fresh bananas, mix it with the hand mixer as well, until the banana is relatively smooth. You don’t want big chunks here. 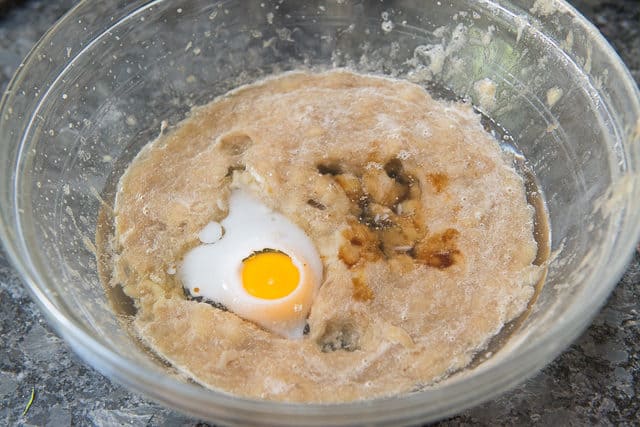 (By the way, the egg looks weird because I took too long to take a picture and the coconut oil around it solidified, but that normally doesn’t happen if you’re stirring it together in a reasonable time).

Mix together until combined, then add cinnamon, baking soda, cloves, nutmeg, and salt: 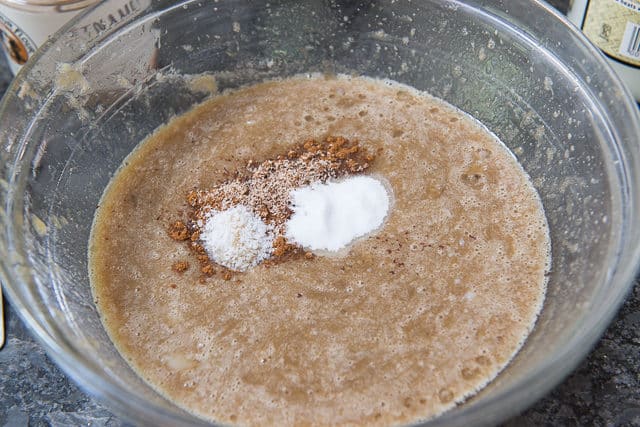 Mix that in, then add whole wheat flour, to finish: 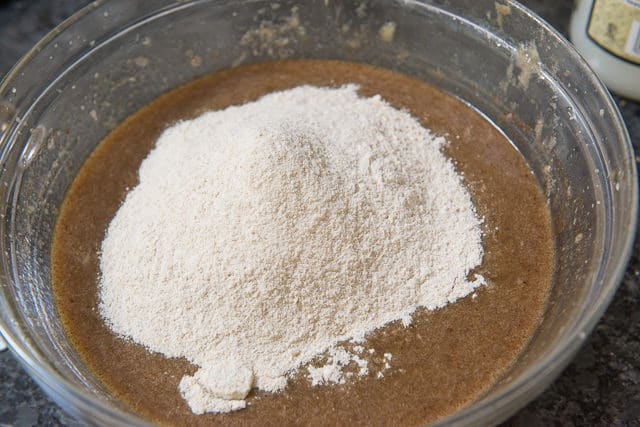 Stir until no flour streaks remain, but the batter is still lumpy: 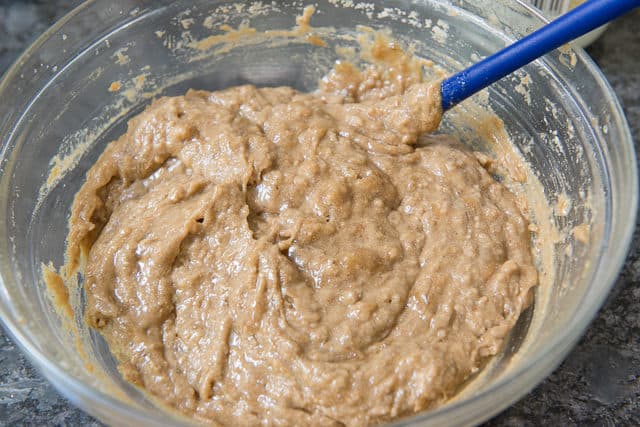 Spread the batter out evenly into a coconut oil greased 8×4.5″ loaf pan: 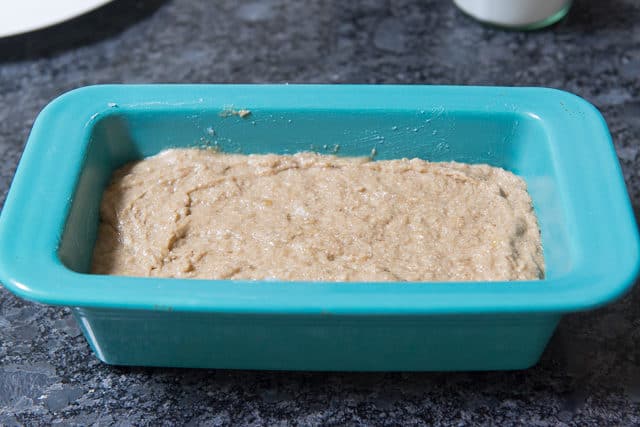 Bake for about 45 minutes, until the top is golden and there’s no raw sheen in the cracks: 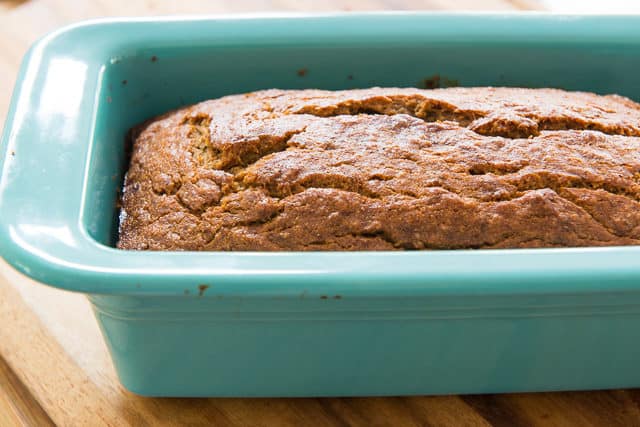 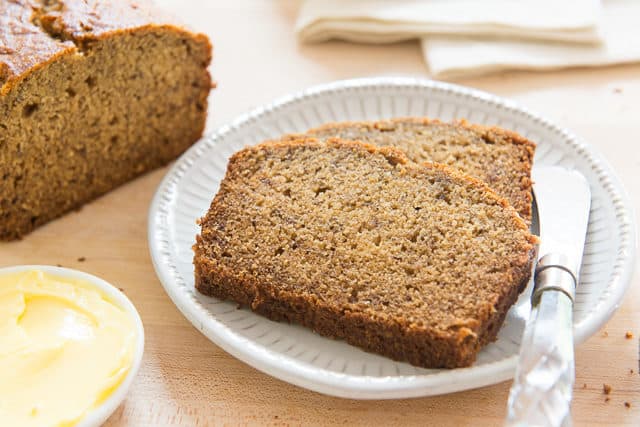 Pumpkin Muffins and Lemon Poppy Seed Muffins are some of my other favorite quick breads to bake. Enjoy!

How to freeze bananas for banana bread: The bananas should be heavily spotted with brown spots before freezing. Peel the bananas, then place into an airtight container or bag.

Can Banana Bread be frozen? Yes, it freezes beautifully! Store in an airtight container for up to 2 months.

Can Banana Bread be left out at room temperature? Yes, up to 3 days. 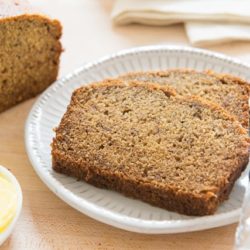 *I've tested baking this in a larger 9x5, and it doesn't work out as well. It's a lot flatter, and the sides tend to get scorched. It's important to use a smaller pan. This recipe is a riff on Smitten Kitchen's crackly banana bread.