These Malted Chocolate Cake Truffles are like cake pops without the stick, except a little bit moister inside, like a brownie. The malt adds so much to the chocolate flavor! 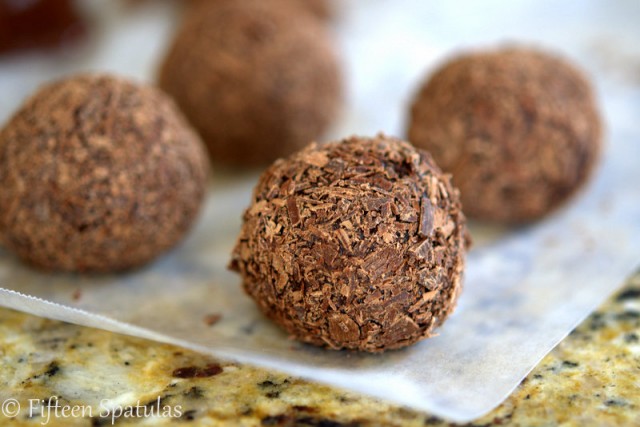 It’s a lot of fun when men like chocolate.

I don’t need chocolate while I cry. 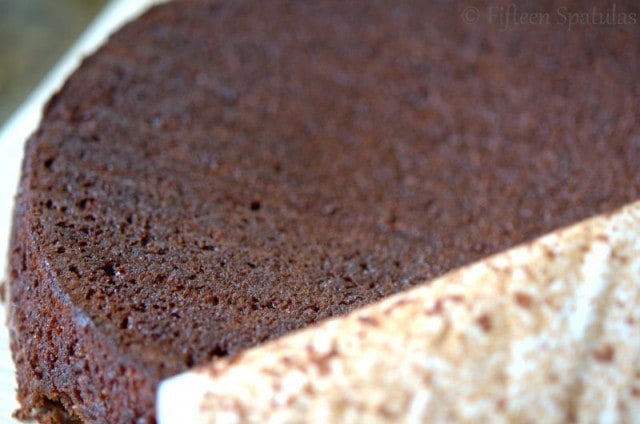 Seriously, where did this chocolatey emotional lady stereotype come from?

Pete has witnessed me retreating into the pantry to have a handful of chocolate chips plenty of times.

Apparently this behavior makes it very difficult for men to admit their liking for chocolate. 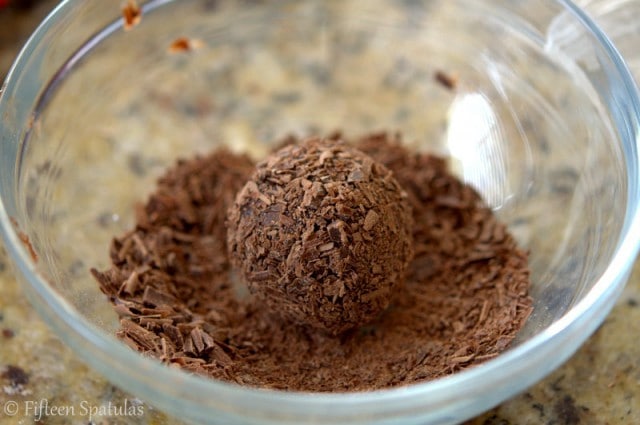 It’s okay ladies, more chocolate for us. Keep it up. 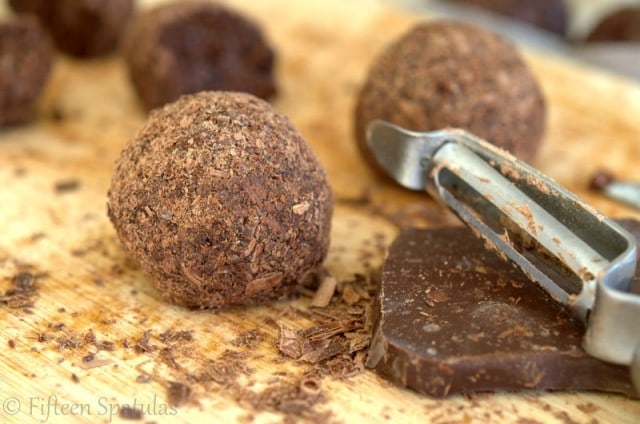 Today is my 2nd wedding anniversary, and I wanted to do a little post dedicated to my husband Pete.

AKA resident taste tester, coffee and espresso snob extraordinaire, and my #1 fan.

We met early in college and did a lot of cooking together.

Not even two weeks after we met, and before we were “officially boyfriend and girlfriend” (LOL) he made me a chocolate cake for my birthday: 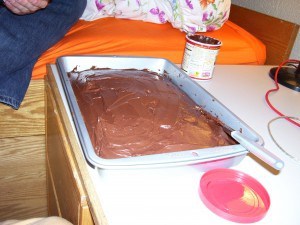 Seriously, what guy does that? I knew he was a keeper!

(Just pretend you didn’t see that tub of frosting). haha.

So today I bring you chocolate cake…with chocolate buttercream…but in the form of something else. 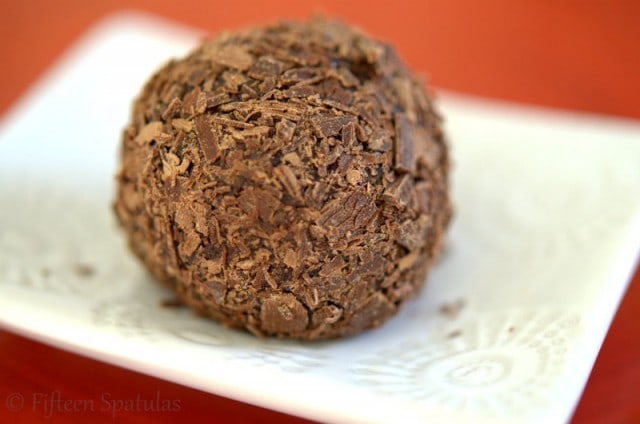 Look how they glisten with moisture from the chocolate malt buttercream: 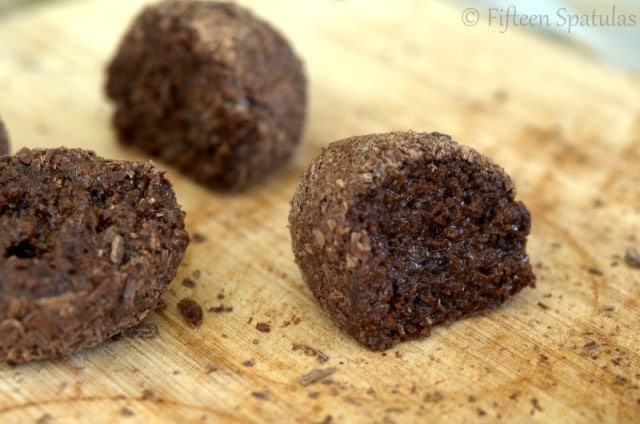 Sure, you could call it a cake pop without the stick. But  I actually developed this “cake” to be a bit more brownie like, so it’s kind of a cross between the two.

Because you know that chewy crust that a lot of brownies get on top?

I wanted these cake truffles to have that.

I also wanted them to be a bit malty, so I added plenty of malted milk powder to the cake and to the frosting: 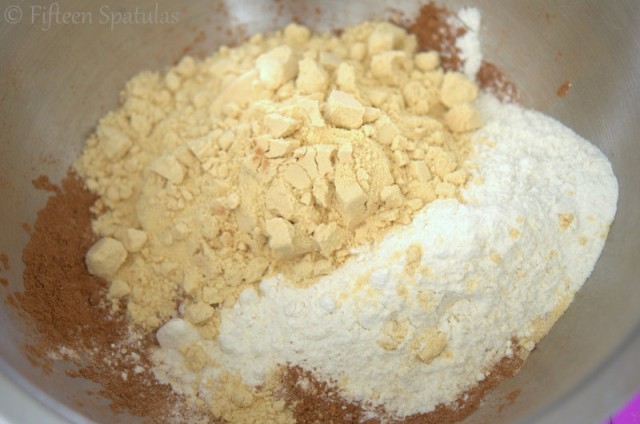 It’s chocolate cake, taken to the next level.

Happy Anniversary Pete. I love you! 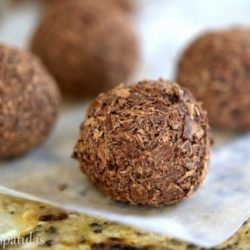 Servings: 36
Prep Time: 45 mins
Cook Time: 45 mins
Total Time: 1 hr 30 mins
These Malted Chocolate Cake Truffles are like cake pops without the stick, except a little bit moister inside, like a brownie. The malt adds so much to the chocolate flavor!
Print Recipe Pin Recipe
1
reviews
Leave a Review »

For the malted chocolate cake:

For the malted chocolate buttercream:

Note: I use half the normal amount of butter in the buttercream, so it’s a bit looser than your usual buttercream. If you want it thicker, add one more stick of butter.