This is s’mores taken to the next level! Classic graham crackers sandwich toasted marshmallows and homemade chocolate bark for a nostalgic treat. 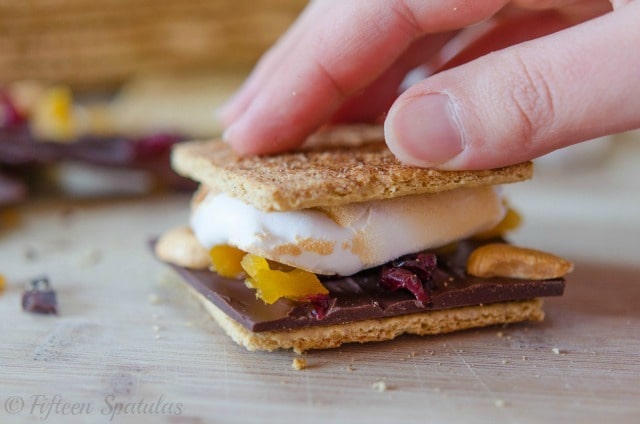 A few weeks ago I threw out my back, and if this has ever happened to you, you know what I mean when I say that you basically can’t move for two days.

It’s the kind of immobility where you try to get out of bed because you really have to use the restroom but decide that it’s not going to happen, and lay back down.

The silver lining to being stuck in bed was that I watched hours and hours of Food Network. I hadn’t watched Food Network in probably about 8 months, and I had forgotten how fun it is!

I went through the rounds….Giada, Anne Burrell, Alton, Ina, and so on.

The funny thing to me is that I always gravitate toward Ina’s recipes, even though I would think I would prefer the more “fussy” dishes of the other personalities.

Often times I think some of Ina’s recipes are a bit simple (ie Bacon Sandwich), but I still end up trying many of them and absolutely loving them. These French chocolate bark s’mores are a good example. 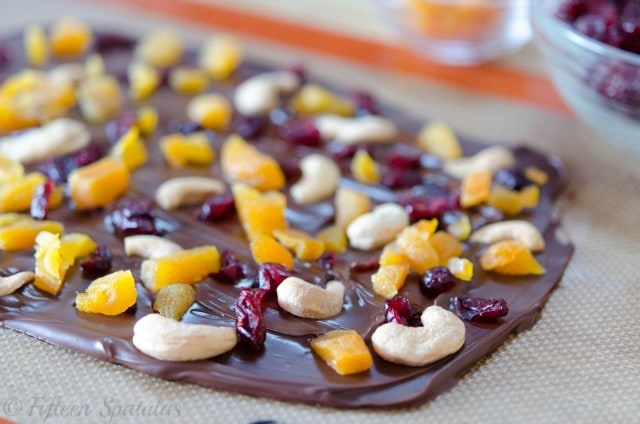 You might look at this recipe and I think “eh…this is just s’mores with chocolate that has stuff thrown on top of it.”

That’s what I thought as I watched Ina make these s’mores. But a week later I found myself at the grocery store buying graham crackers, marshmallows, chocolate, apricots, cranberries, and cashews. 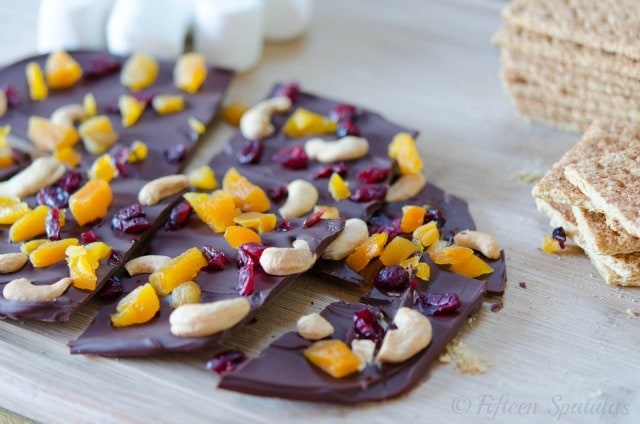 It’s kind of hard to explain why these are so darn good, because they just are. It’s the magic of the pairings. Something about eating a s’more with good chocolate studded with flavorful jewels of apricots, cranberries, and cashews makes it absolutely heavenly.

And the best part is you can make as many or as little s’mores as you want, and roast them on your stovetop (no fire needed)! 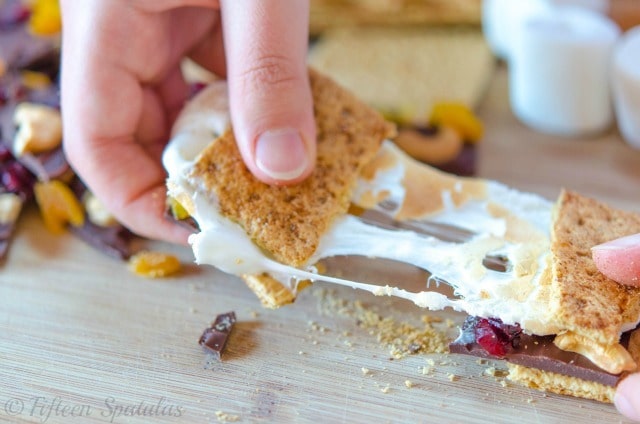 All you have to do is melt some good semisweet chocolate (or bittersweet, if you like it dark), and spread it out to your desired thickness on parchment paper or a Silpat: 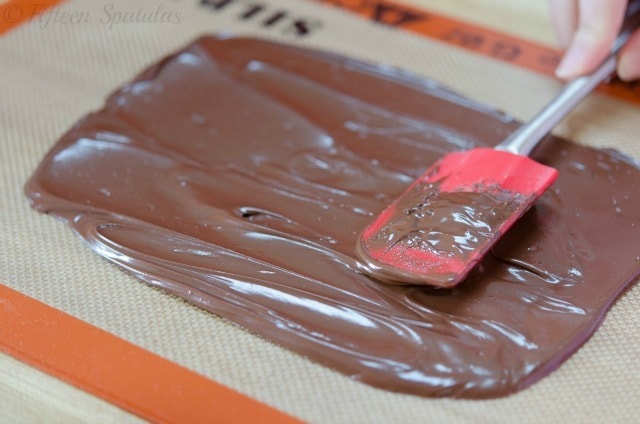 Throw your nuts and dried fruit on top while it’s melted, let it harden, and break it into pieces.

Then layer it with a roasted marshmallow and a couple graham crackers, and smush until you get the gooey marshmallow oozing out the sides: 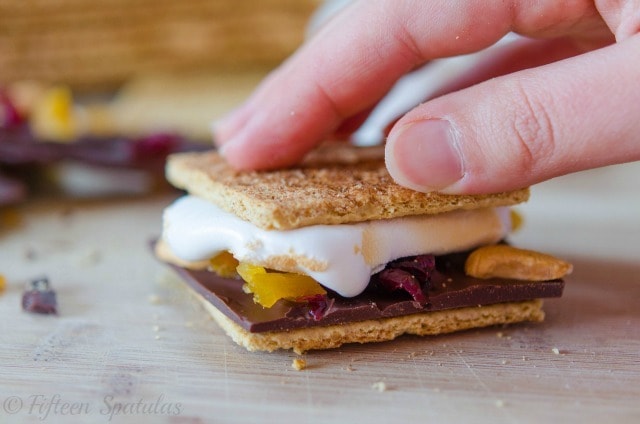 Seriously, I love these so much. Give them a try and let me know what you think! I don’t think I can ever have a regular s’more again. 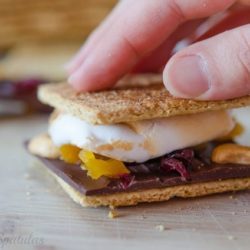 Thank you! You have successfully subscribed to Fifteen Spatulas new posts notifications.
« Previous PostWhite Bean and Escarole Soup
Next Post » Chocolate Eclairs with my French friend Herve (plus the video we filmed in LA)!