This quick Linguine with Shrimp has tomatoes, baby spinach, and garlic, for a delicious pasta dinner. It’s ready in 20 minutes! 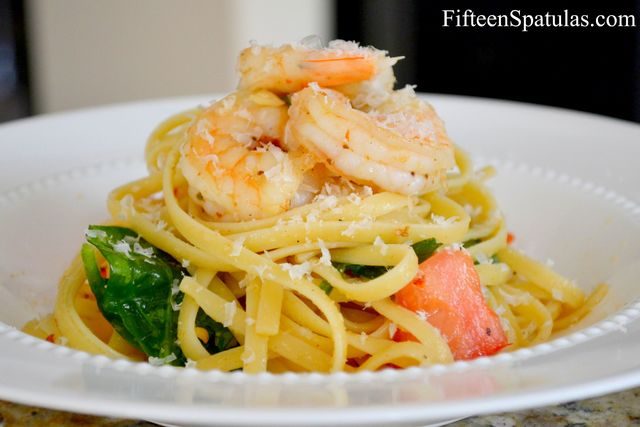 It may seem silly for me to go over how to properly make pasta, but a surprising number of people don’t do it right.  Even restaurants…I dined at a really nice restaurant in Orlando the other weekend and everything was delicious, except their angel hair pasta was totally overcooked.  And when you know what perfect al dente pasta tastes like, overcooked pasta is gross.  This pasta is very simple, but it is also really delicious.  It’s my go-to pasta if I’m crunched for time, and it never fails to satisfy me.

First let’s talk about how to properly cook pasta.  To cook 1 pound of pasta, I put 3 tbsp of kosher salt in 14 cups of water (if using sea salt or table salt, use less).  Taste it.  Yes, it is very salty.  A little repulsive right?  Tastes like ocean water?  Perfect.  This is one of the biggest mistakes people make when cooking pasta: underseasoning the water. My oh my, yes, there is a lot of salt in that water, but the majority of it gets drained away.  The pasta is only going to absorb a small amount of water, so it is crucial that water be heavily seasoned.  Also, the reason we like the seasoning to be absorbed INTO the pasta rather than just sprinkling salt later on, is if you sprinkle salt on at the last minute, it will just taste salty, not seasoned.  That’s why we always season as we go. 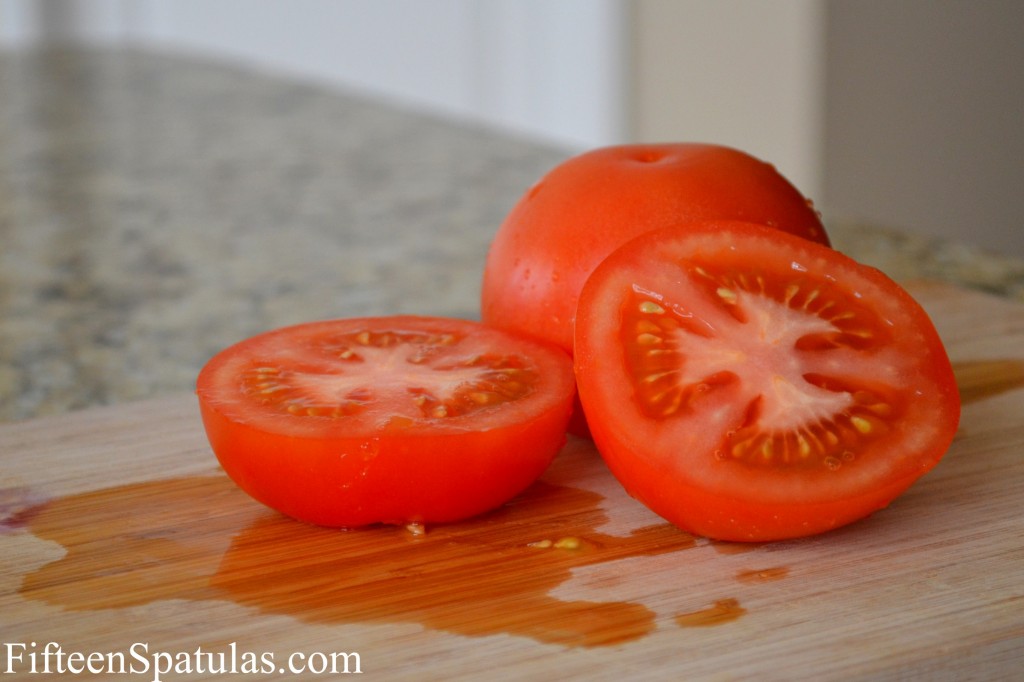 The other big mistake people make when cooking pasta, of course, is overcooking it.  Don’t pay attention to the directions on the box (though admittedly, I did test Barilla’s time when I last cooked my pasta, just out of curiosity, and the time was fairly accurate).  A few minutes after putting the pasta into the water, I start tasting.  AND, I pull the pasta and drain it RIGHT before I think it’s just right.  Why?  You know how when you cook a steak, you take it out of the pan 5-10 degrees before your target temperature?  Food retains heat, and even if you take it away from the heat source, it will take time for that heat to dissipate, and it will cook a little more.  It’s the same idea with blanching vegetables.  You will notice that after immersing them in boiling water, you immerse them in ice water to stop the cooking process.  Otherwise they would be overcooked.  So if you pull your pasta JUST before you think it’s right, then it WILL be right when you go to eat it =)

Oil in the pan vs. no oil.  In my opinion, oil should not be placed into the boiling water for the pasta.  I guess some people say it keeps the pasta from sticking?  I’ve probably cooked more pounds of pasta than my body weight, and I have never had my pasta stick.  If you’re using enough water and stir now and then, you should be fine.

Note: It is crucial that you use an excellent quality extra virgin tasting olive oil for this.  If your olive oil isn’t fragrant and flavorful, this dish won’t taste very good.  The olive oil is the star here. 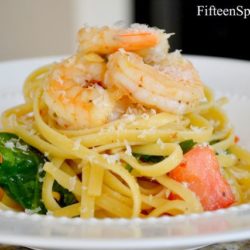 5 Comments on “Linguine with Shrimp, Garlic, Baby Spinach, and Tomatoes”