These Brown Butter Blondies have incredible flavor and the perfect chewy texture, and they’re simple to make!

They’re great for bake sales, potlucks, or anywhere you need a dessert that holds up well and still tastes delicious for several days after its made. 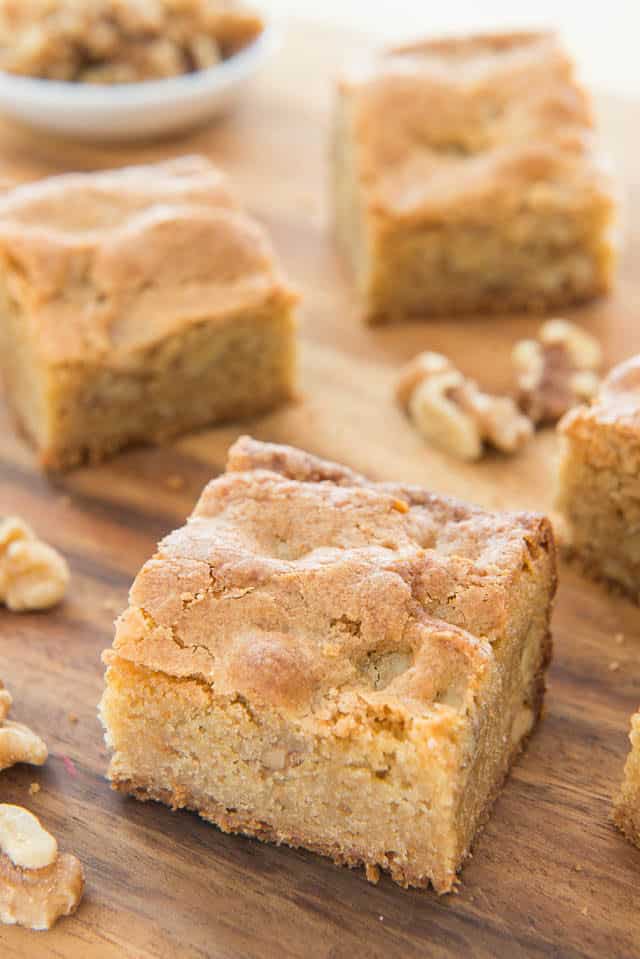 Every time I make something with brown butter, I feel like I’m cheating.

Brown butter just makes everything SO good. The flavor and aroma are out of this world, and it takes any dessert up several notches with very little effort.

Though the ingredients for this blondie recipe are simple, the brown butter gives them that quality where you take a bite and think, what IS that?!

You know, when you get a gloriously delicious flavor and can’t quite put your finger on what it is, until you realize it has the nutty aroma and flavor that can only be from butter whose milk solids have been caramelized to perfection. 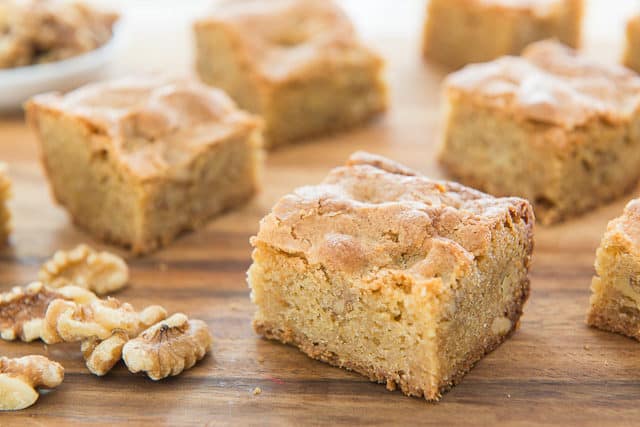 What is a blondie?

I like to think of a blondie as like a brownie without the chocolate. They have a very similar texture, with a great chewiness and rich bite, but with a completely different flavor. They are very sweet, and you get notes of brown sugar and butter…and in this case, brown butter!

In times past, I would make these blondies with toffee bits mixed in, but I now make them with chopped walnuts. Something about the walnuts plays so well with the brown butter, and balances out the sweetness of the blondies.

While you could leave the nuts out, even a family member of mine who doesn’t like nuts admitted that they’re really good here.

First we need to brown the butter, which only takes about 5 minutes. Start by melting the butter: 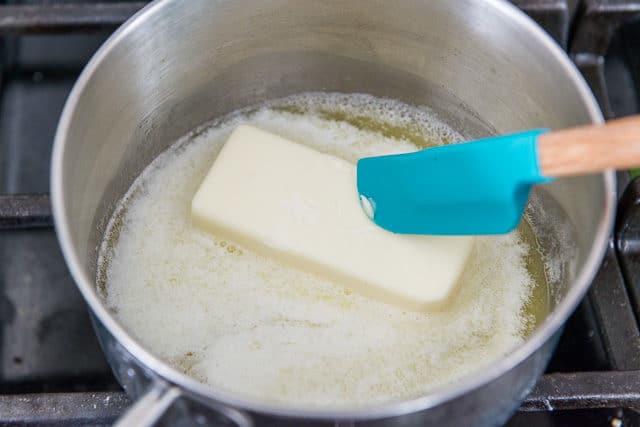 Once the butter has melted, it will foam like crazy, then start to subside: 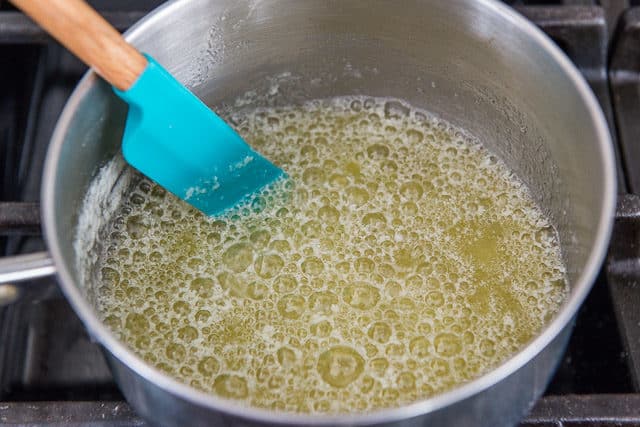 And a couple minutes later, the foam will be mostly gone, and you’ll see clumps of brown bits in the bottom of the pan. Those are the caramelized milk solids that make for brown butter. 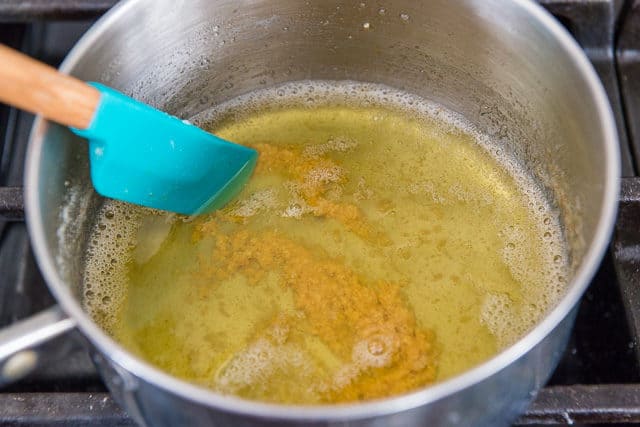 Pour the brown butter into a big mixing bowl, and add brown sugar and granulated sugar: 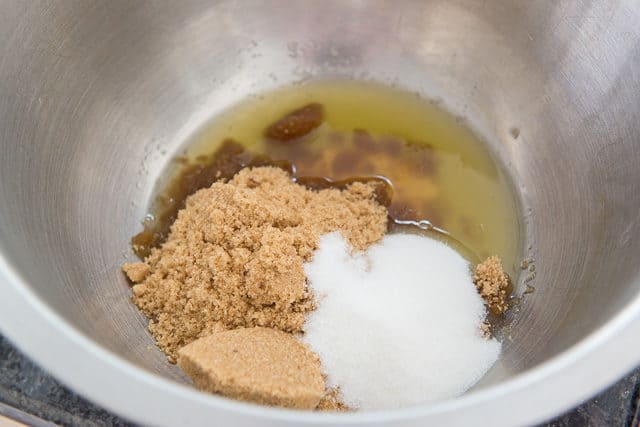 Beat the butter and sugars together with a hand mixer until combined, then add two eggs: 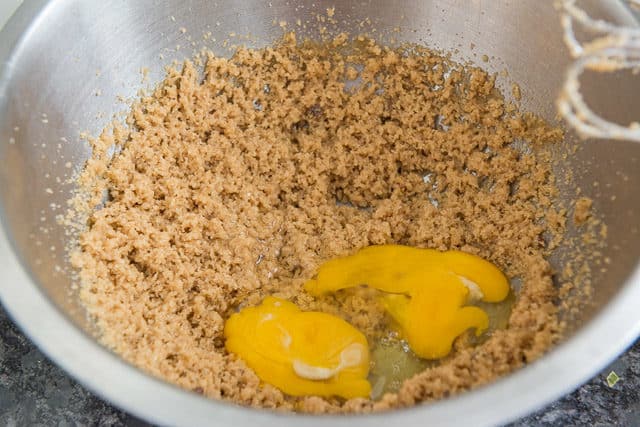 Beat it together until the mixture turns creamy and light in color, then add vanilla extract: 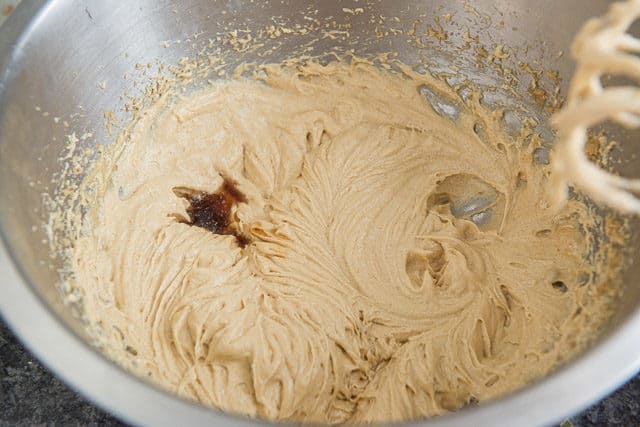 For the dry ingredients, combine flour, baking powder, and salt: 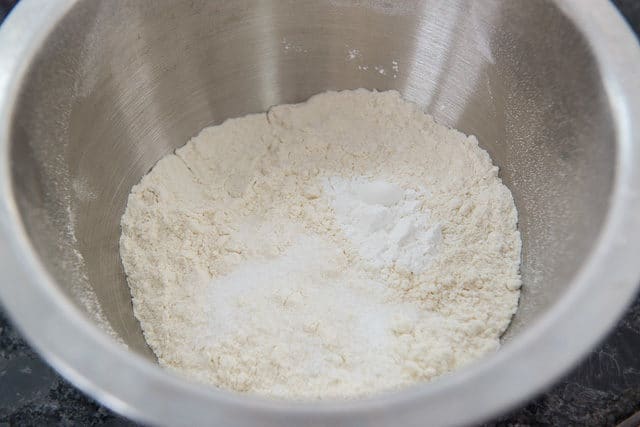 Whisk to combine the dry ingredients, then add them to the wet: 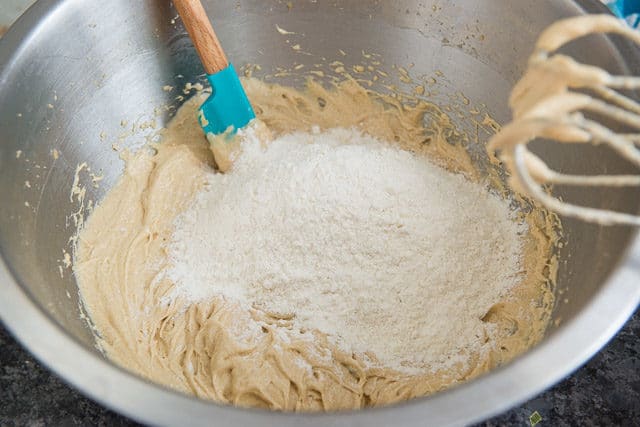 When the flour has almost disappeared into the wet ingredients, stop and add some chopped walnuts: 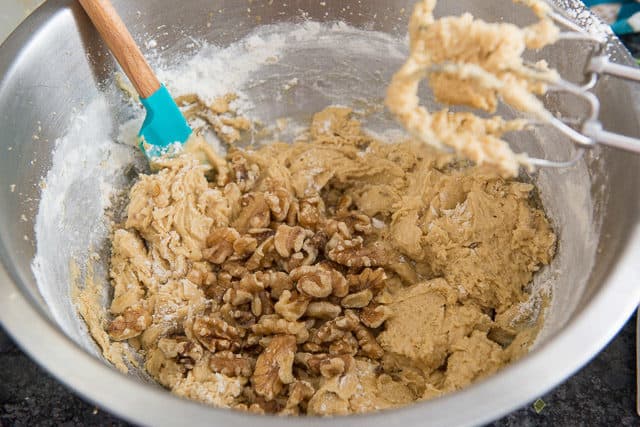 Finish mixing the walnuts in (I do it by hand, so I don’t overstir), then spread the batter out into an 8×8 dish: 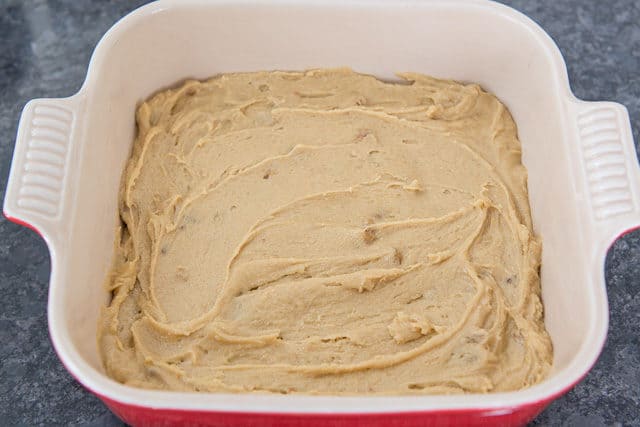 I have a square of parchment paper down in the bottom for easy removal of the blondies later (I know you can’t see it because of the batter on top, but it’s there)!

Bake the blondies for about 35-40 minutes until golden, and a toothpick inserted into the center comes out clean. 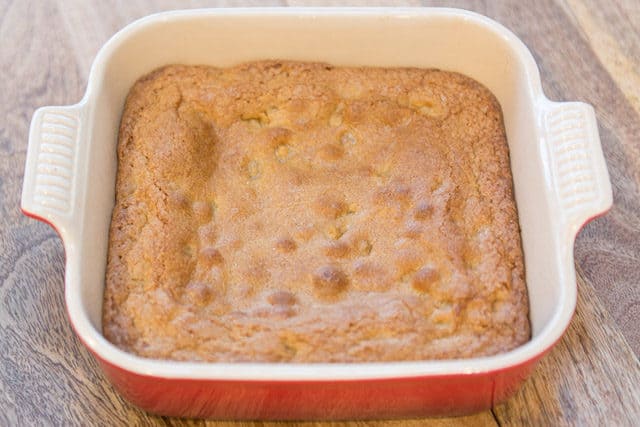 I wait several hours, and sometimes even overnight, before cutting them, so they cut cleanly.

Though technically you can eat them as soon as they come out of the oven, I think they taste best once they’ve cooled well, at least a few hours.

They taste fantastic the next day too. 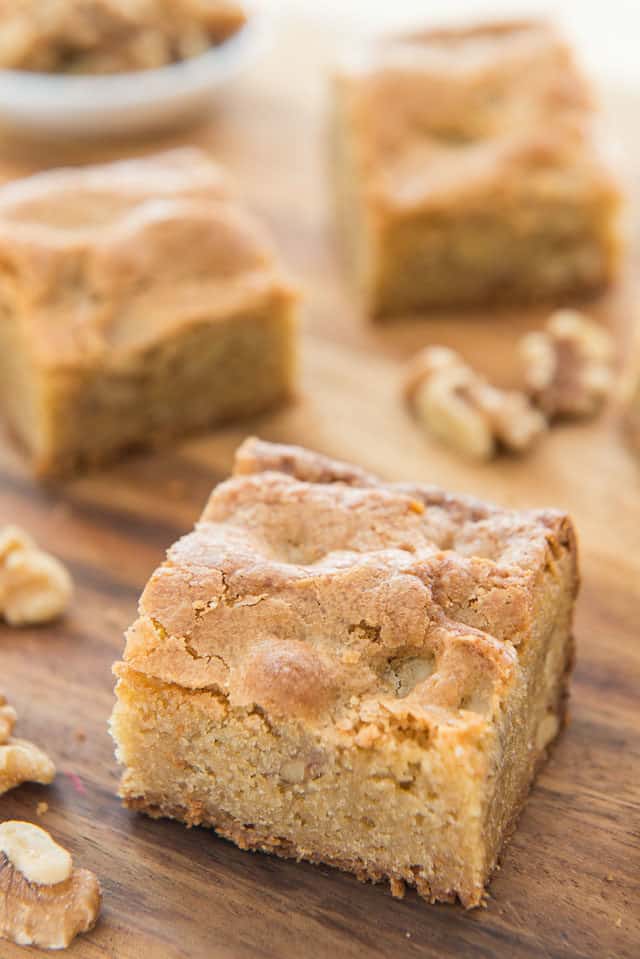 The blondies freeze well and are great for bake sales, potlucks, or whenever you need a dessert that travels nicely. Enjoy!

For more of my favorite baked bars, I recommend these Cookie Dough Cheesecake Bars and Chocolate Peanut Butter Marshmallow Squares. 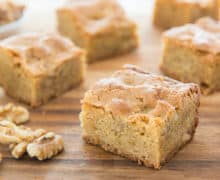 Though the blondies can technically be eaten right away out of the oven, they taste better and cut more cleanly after they've cooled for a few hours.

This post was updated with new photos, writing, and a recipe change. It was originally published in April 2011. The recipe change was swapping walnuts in for toffee bits.