These BBQ Pork Spare Ribs are baked in the oven, until tender and falling off the bone. This is the easiest way to make ribs, and they’re so delicious!

These oven ribs give grilled ribs and smoked ribs a serious run for their money.

And I say that as someone who LOVES grilling and using the smoker. 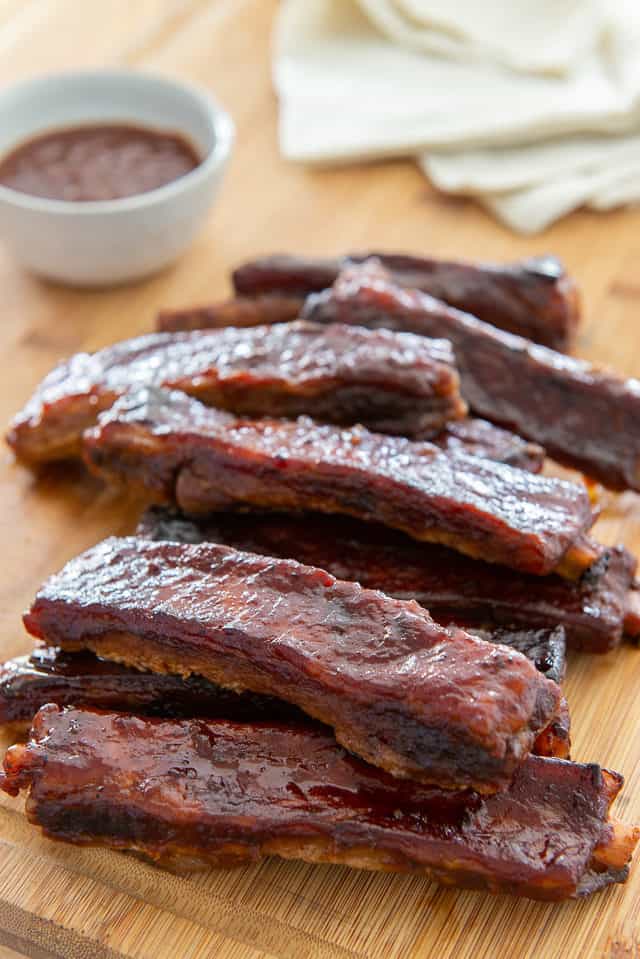 This recipe is particularly wonderful because it’s so easy and convenient to make.

It doesn’t matter what time of year it is or what the weather is like outside, because it’s all done in the oven, at one temperature.

I originally published this method in 2011, back when I didn’t have a grill or any fancy meat-cooking equipment.

Now I do my fair share of grilling and smoking ribs, but I often come back to the ease of these ribs.

As long as you’re using a delicious barbecue sauce, the ribs will have great flavor, and be nicely tender.

How to Make Pork Spare Ribs in the Oven:

Season two racks of St. Louis Style Spare Ribs with 2 tsp of salt, concentrating most of it to the meaty side of the racks: 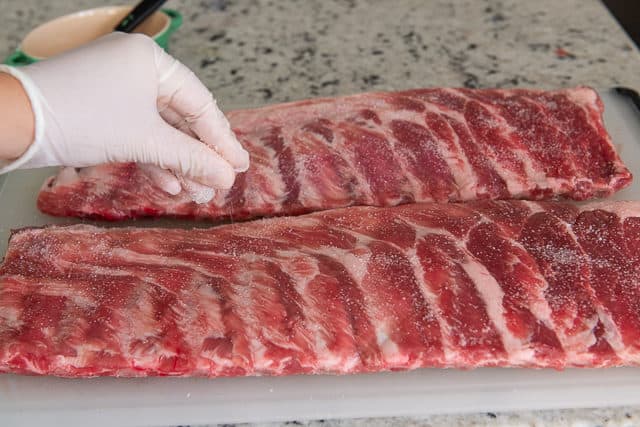 Cut the racks into individual ribs by cutting in between the bones: 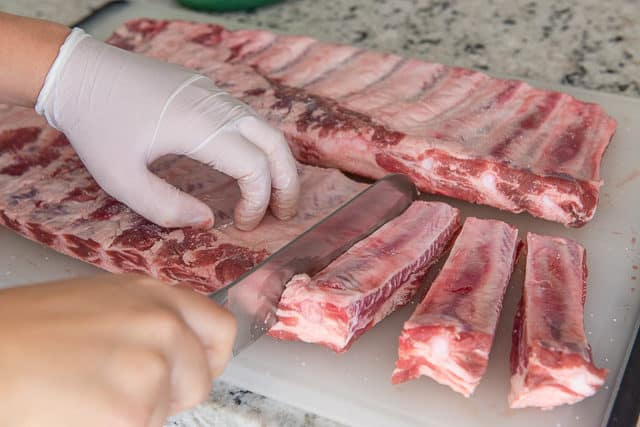 Place the ribs on a rimmed half sheet pan and drizzle with about 1 cup of your favorite bbq sauce: 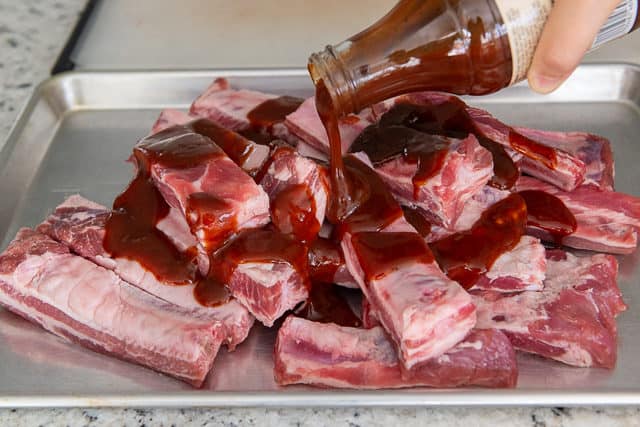 If you’ve got 20 minutes to spare, my homemade bbq sauce recipe is incredibly flavorful with smoky, sweet, and spicy notes. But sometimes I use store-bought to make prep easier.

Toss the ribs in the sauce until evenly coated: 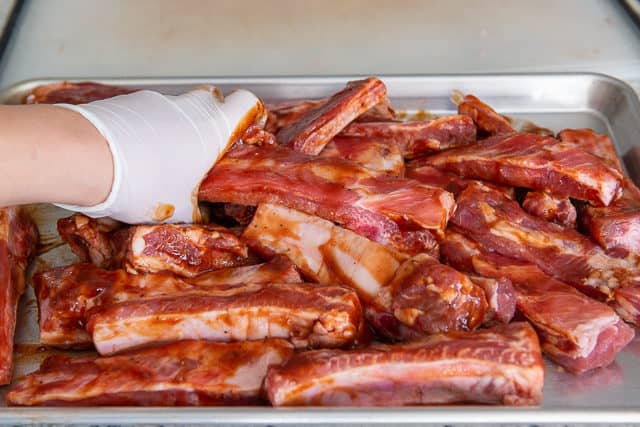 Arrange the ribs on the pan, placing them meaty side up: 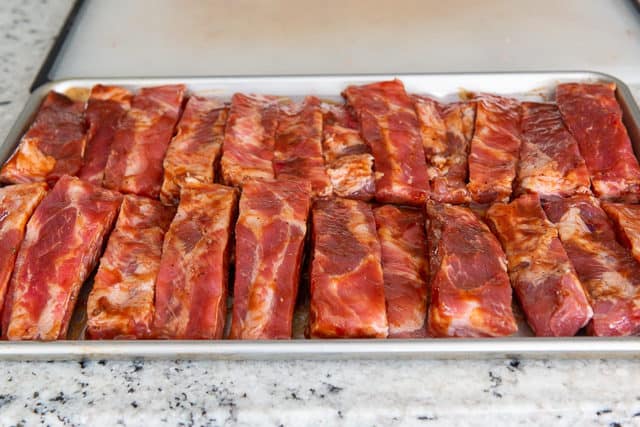 Cover the pan *very* tightly with aluminum foil. You really want to create a seal here: 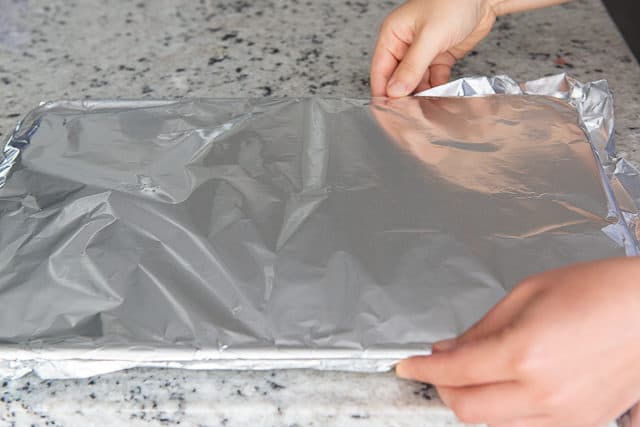 Bake the spare ribs for 1 hour and 45 minutes, then remove the foil. They will look like this: 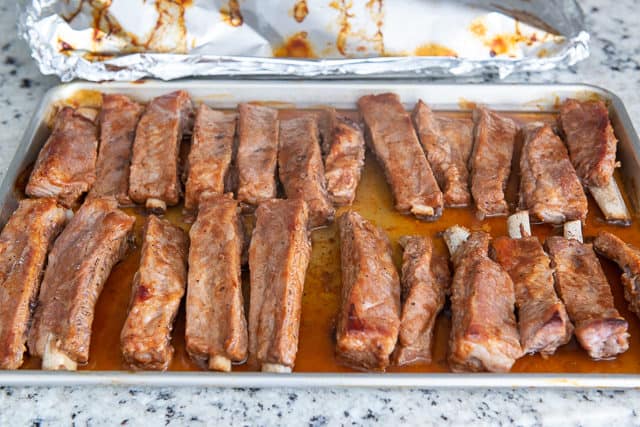 It is normal for them to look fairly unglazed at this point.

Take half the remaining barbecue sauce and baste the ribs: 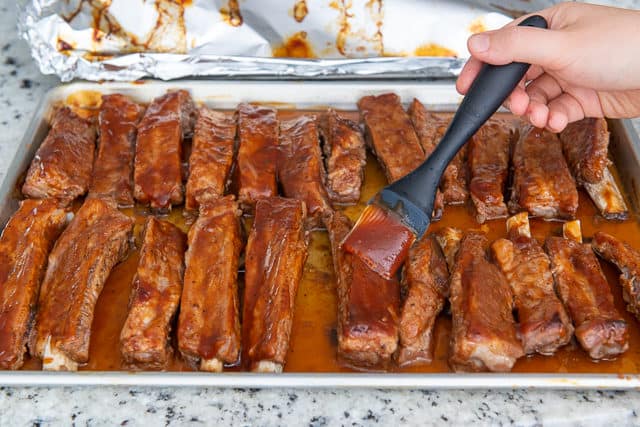 Bake the ribs uncovered for 30 minutes, and they will look like this: 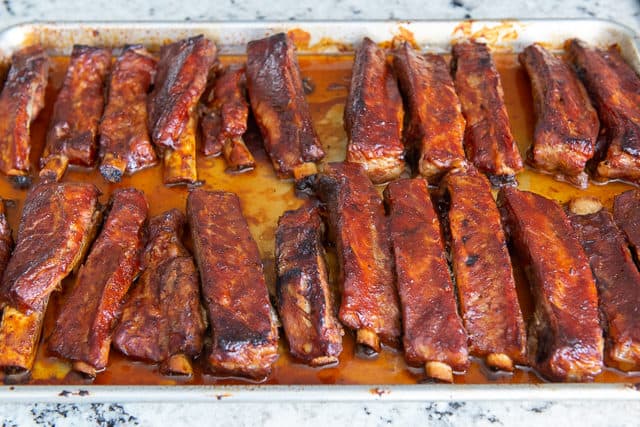 They’re starting to get some caramelization on the edges, but they need another basting.

So baste the ribs with the remaining barbecue sauce, about 1/3 cup: 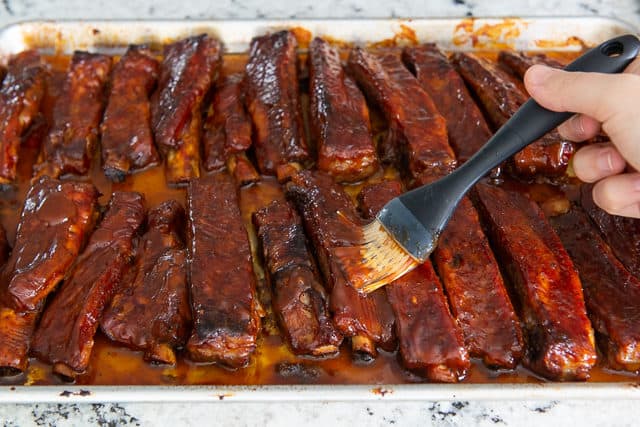 Another 20-30 minutes in the oven, and finally, they should have a wonderful glaze to them: 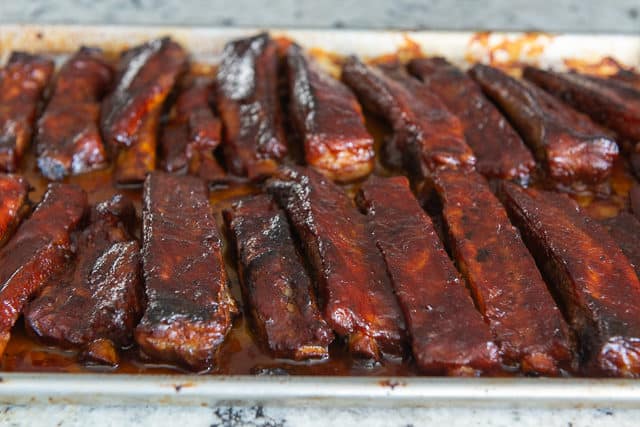 Cornbread, Coleslaw, Corn and Avocado Bean Salad, and Red Potato Salad are all great sides to serve with these ribs.

The spare ribs are now ready to be plated. 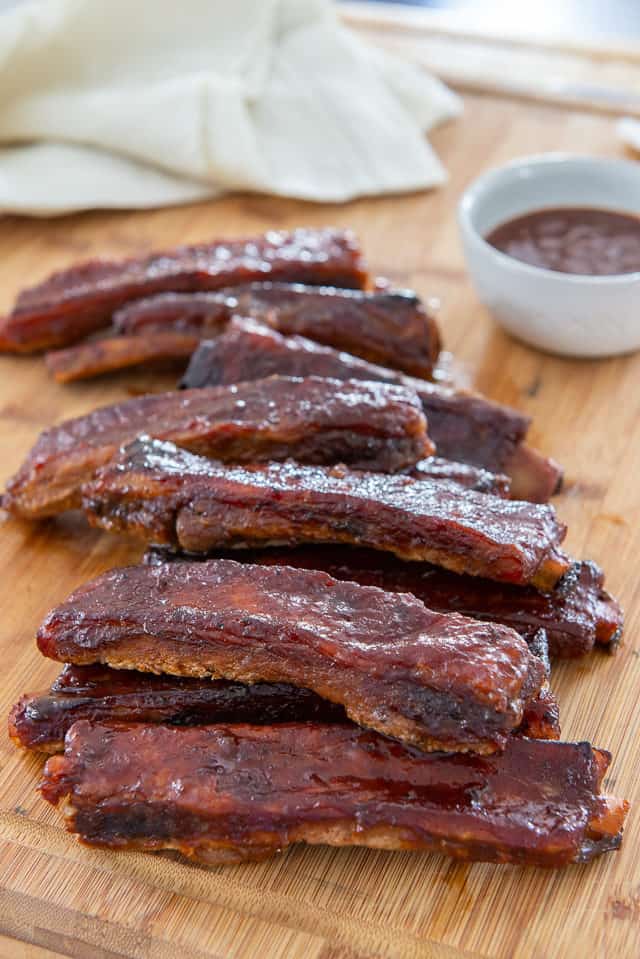 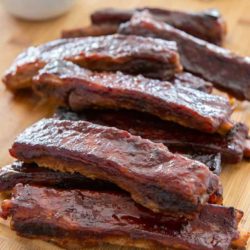 Suggested Side Dishes for Pairing:

*The St. Louis Style Spare Ribs I purchase from the butcher are ready to go, without the membrane. If yours have a membrane, simply pull it off with your fingers, and discard. **Barbecue sauces with higher concentrations of sugar will burn faster, so keep your eye on them.