A sweet dairy dough is rolled thin and spread with a brown sugar cinnamon butter, then stacked up for a fun pull-apart loaf of deliciousness! 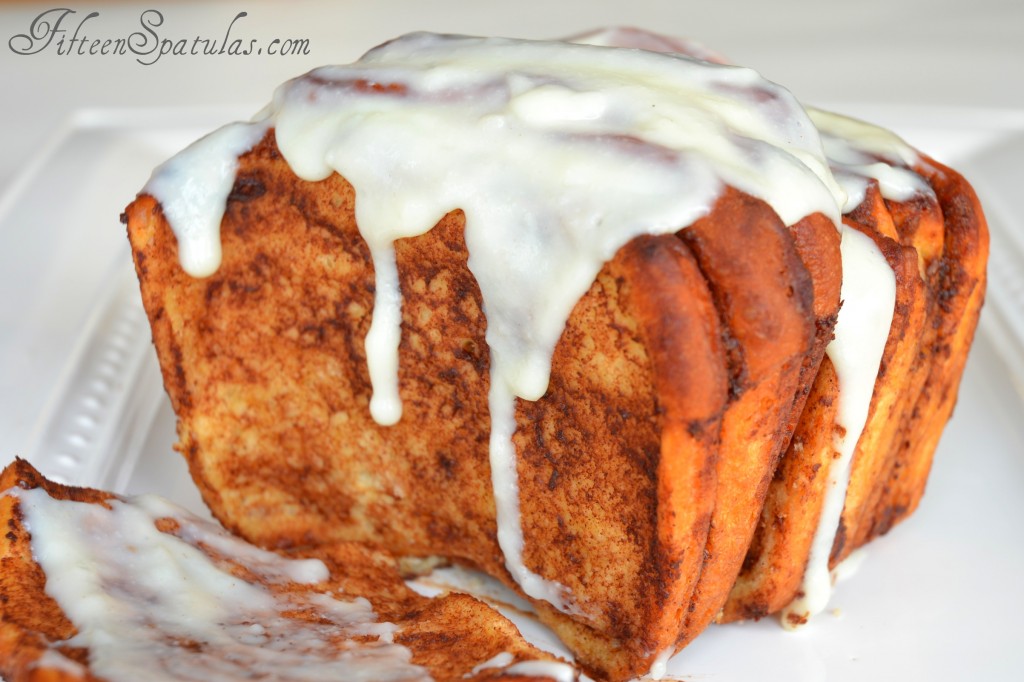 Before you all get too excited, I have to say right off the bat that this is delicious stuff, but don’t get it confused with cinnamon rolls, or else you will be disappointed.  This is definitely bread, and it’s not very sweet despite what looks to be a lot of cinnamon sugar spread all over the dough.  Because I had some cream cheese that needed to be used up, I couldn’t help but top this off with some cream cheese frosting, but it’s good enough to eat on its own, pulling the little slices off one by one.  This would also be great for french toast or bread pudding (I’ll post the recipe later this week).  Here’s how to make the cinnamon pullapart bread:

After making a classic yeast-risen sweet dough, roll it out into a large rectangle.  Spread the filling all over the rectangle. 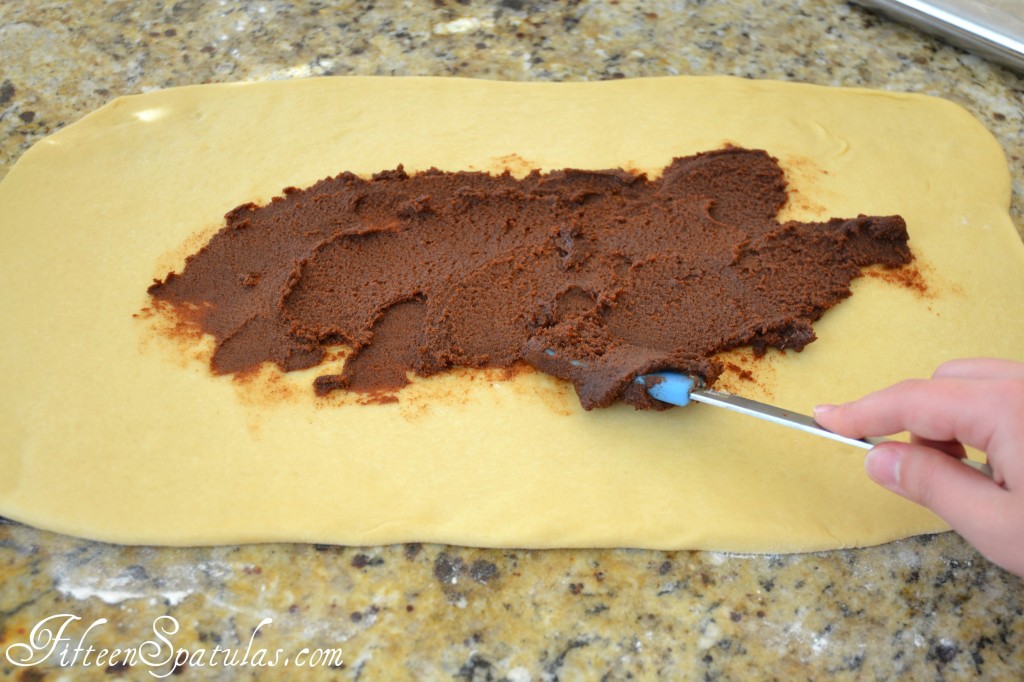 Cut the dough into 5 12×4 strips, then stack them up on top of each other. 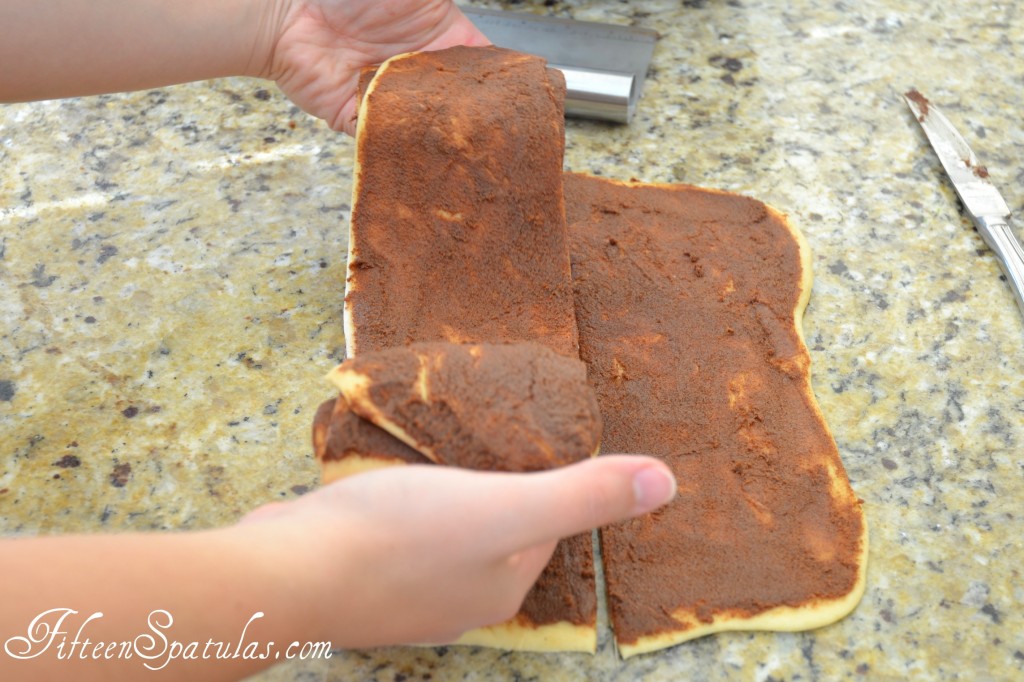 Then cut into four equal pieces. 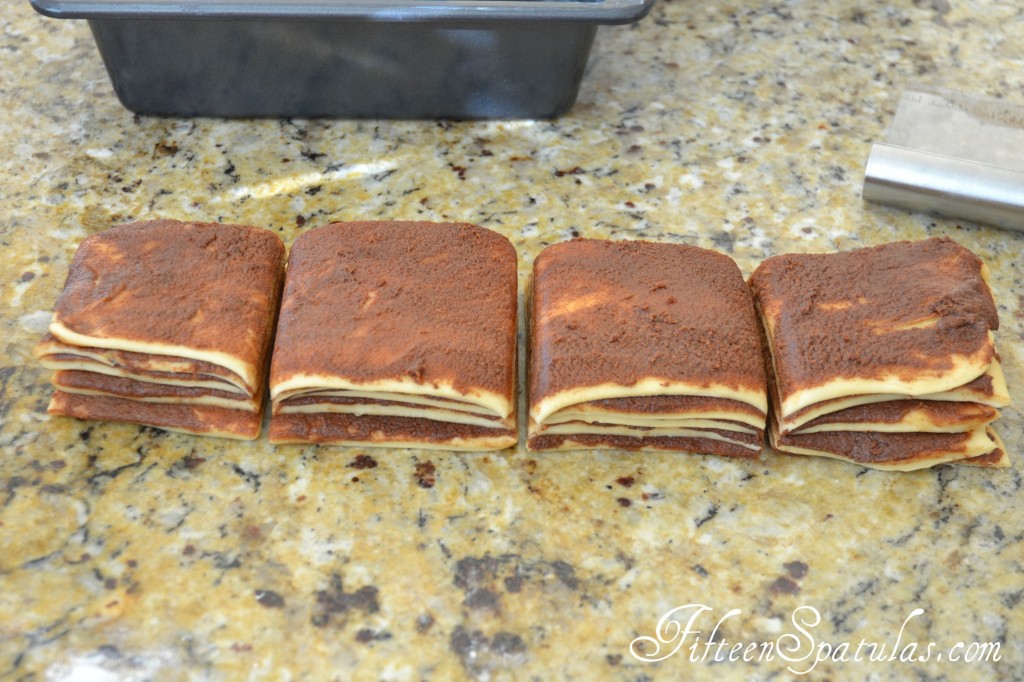 Stack these pieces up on top of each other as well.

Grease a standard loaf pan with butter, and place the pieces into the loaf pan.  It will look like there aren’t enough. 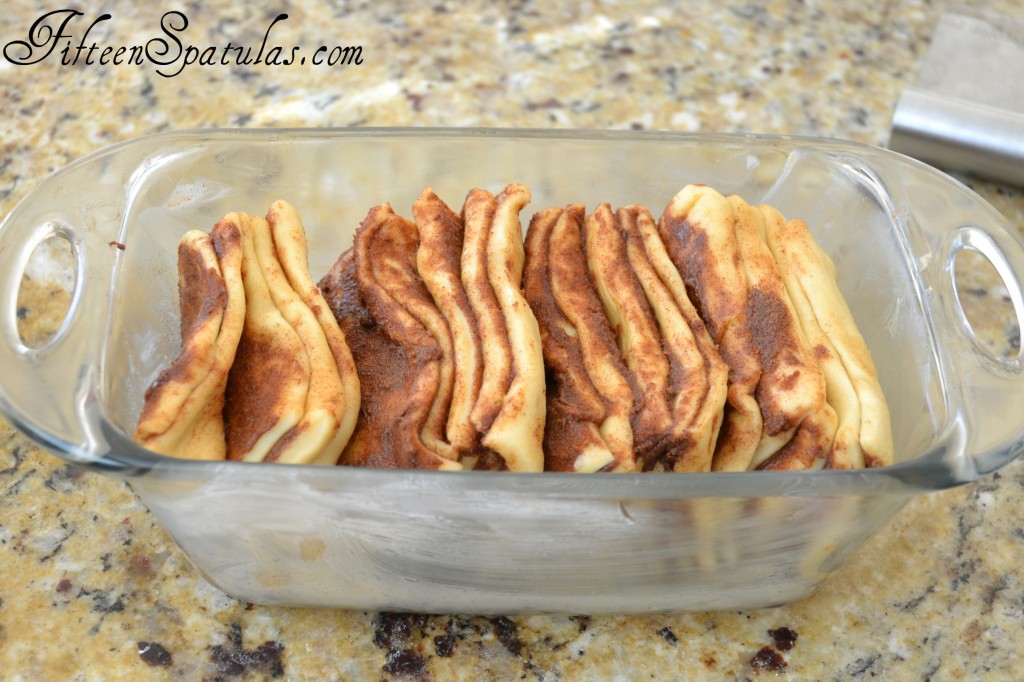 But after an hour (cover it with plastic wrap) it will puff up like this. 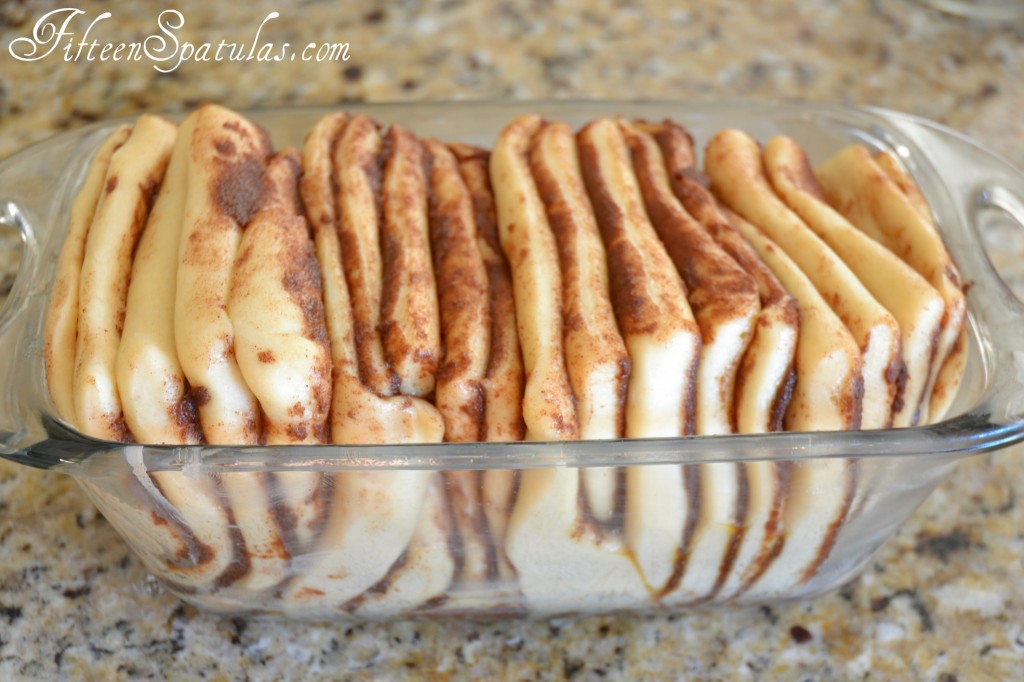 And if you want to do three hours, it will REALLY puff up: 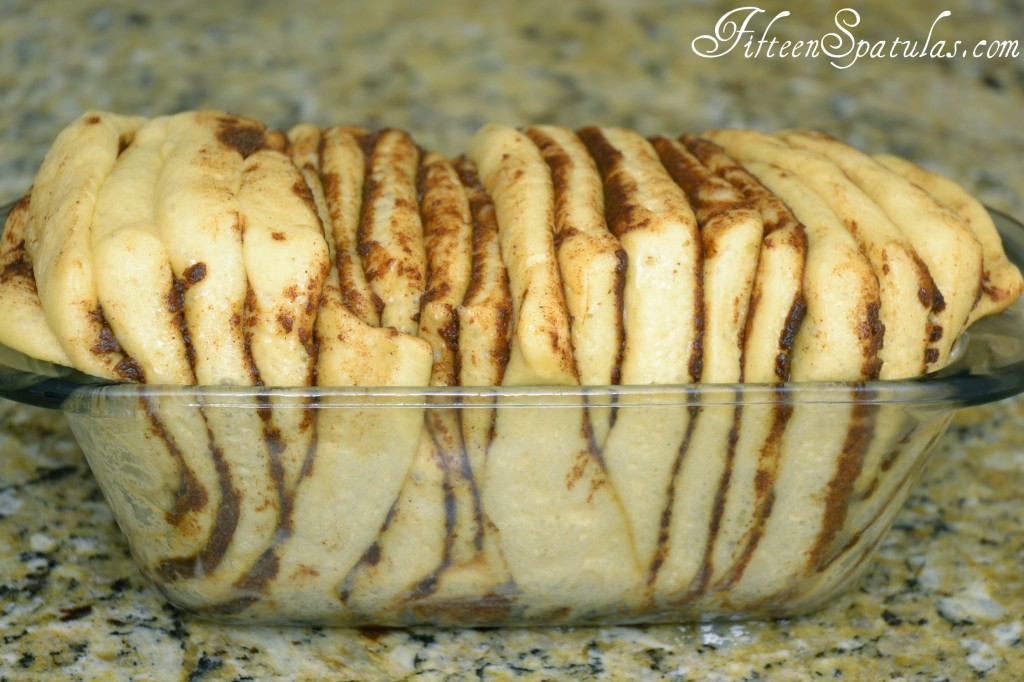 Bake for 30 minutes, then top with icing if desired. 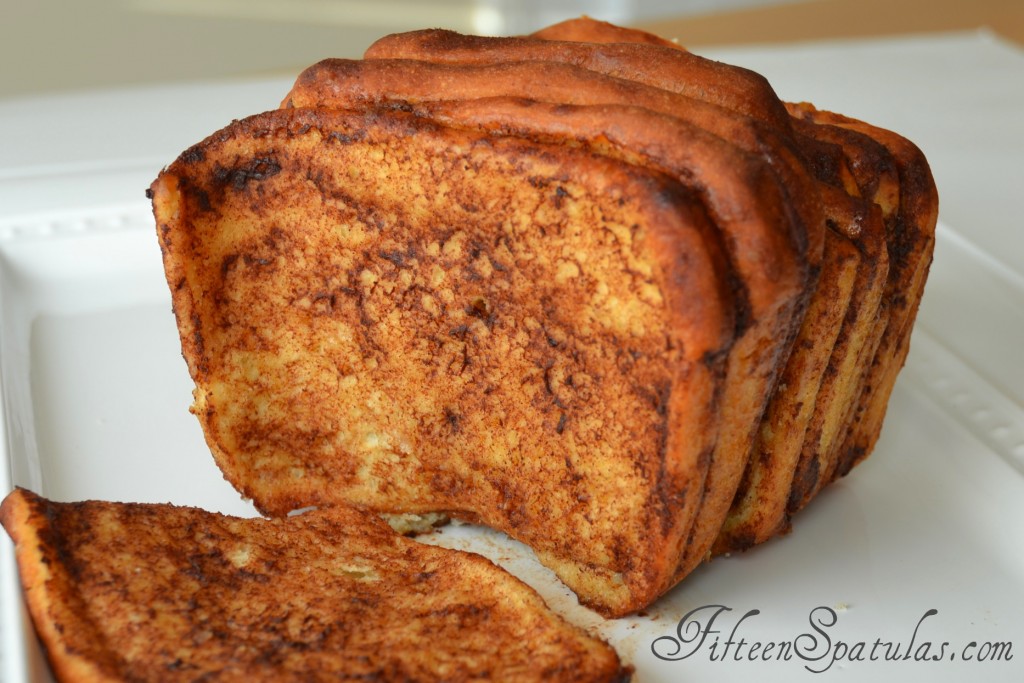 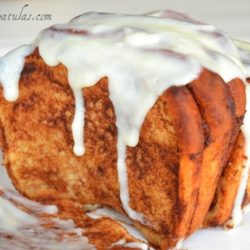