These Cinnamon Sugar Baked Apple Chips are a fun snack to make, and you can use your favorite variety of apple and different types of spices. 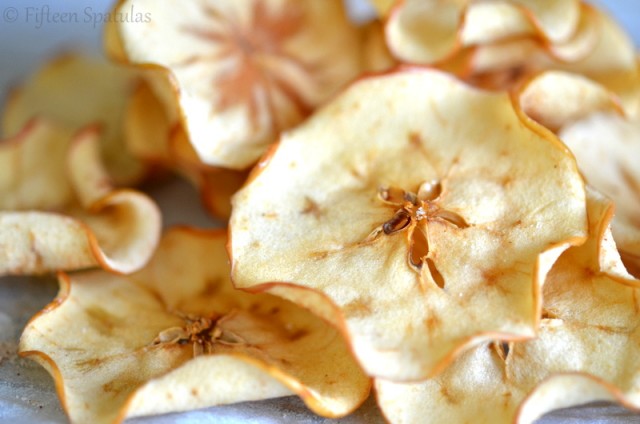 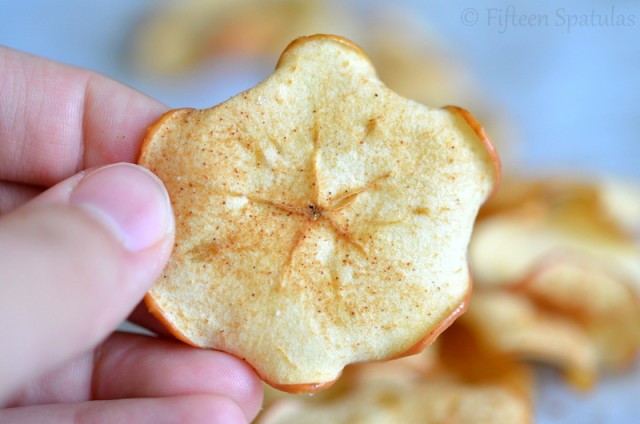 In my eyes, there’s no reason to deep fry things that you can crisp in the oven. I’d rather save all those oil calories for a few bites of chocolate cake when I have an unexpected craving.

The Secret for Great Apple Chips? Use a Mandolin

The key to consistent and crispy apple chips is to use a mandolin slicer. It is the best tool for getting the slices super thin and evenly cut. I use this one from Amazon (affiliate), it’s under $20 and works well. 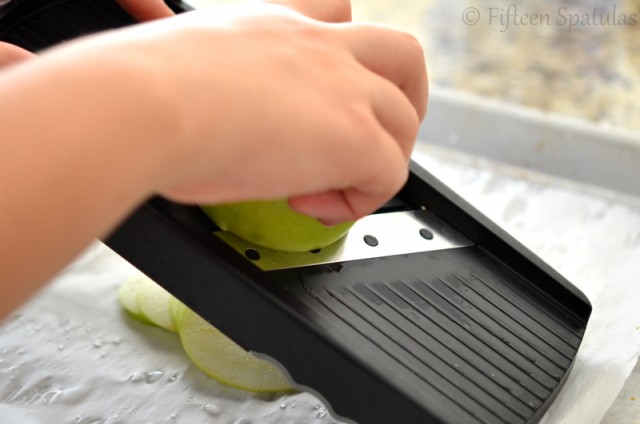 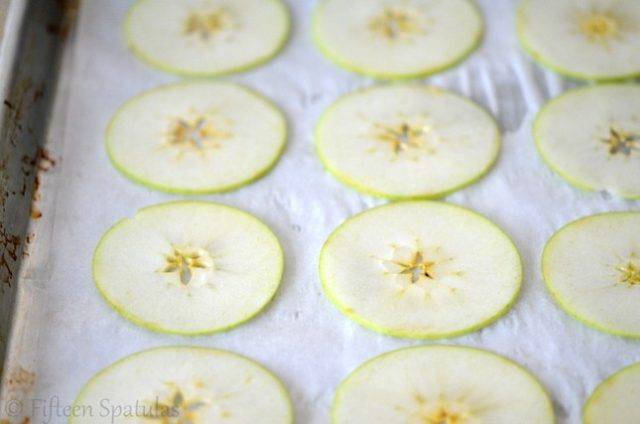 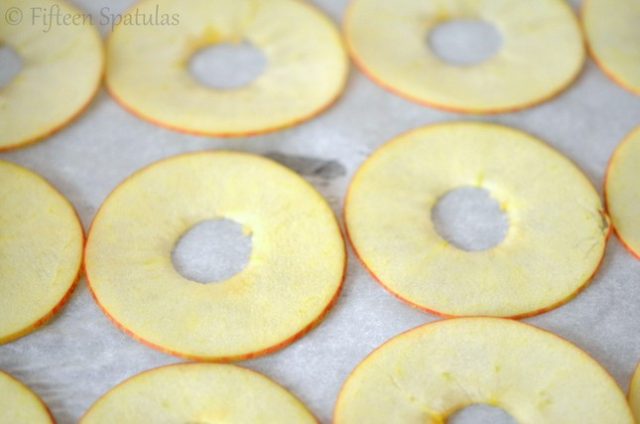 As you can see, the uncored apples are much prettier.

But I’m sure you know already, that apple seeds are poisonous. You’d have to eat a lot of apple seeds to be in trouble, but whether or not you core or don’t core them, you do so at your own risk. 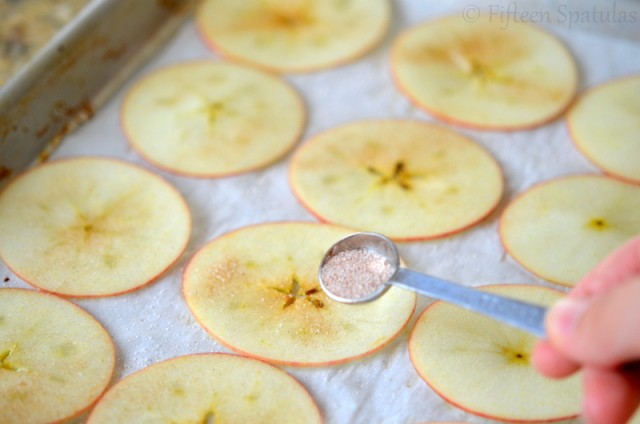 Sprinkle with a Touch of Cinnamon Sugar – Optional

I like to sprinkle the apple slices with just a little bit of cinnamon sugar. I’m talking about a half teaspoon per 30-40 slices, which is 7 calories, no biggie!

That tiny sprinkling of sugar really makes a difference.

You can certainly omit this if you prefer, especially if you’re using a sweet apple like Fuji, Gala, or Pink Lady.

Golden Delicious and Granny Smith tend to be on the tarter side, so I like adding a tiny bit of cinnamon sugar. 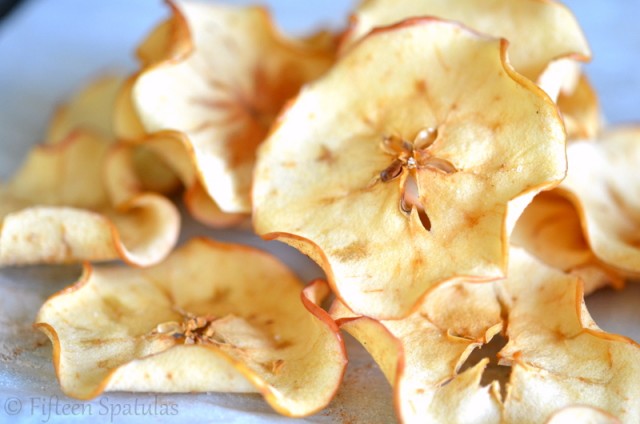 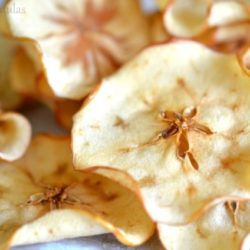 *I’ve only tried these with Golden Delicious and Fuji apples, my two favorites. The Golden Delicious crisped much more than the Fujis did. UPDATE: A reader has reported that Granny Smith works well too.

posted in: All Recent Posts, Dairy-free, Dessert, Gluten-free, On the Lighter Side, Vegan 116 comments