This Sweet Potato Cheesecake is the perfect dessert for the holidays and fall! Sour cream cheesecake is swirled with sweet potato and cinnamon, and baked on a pecan crust. 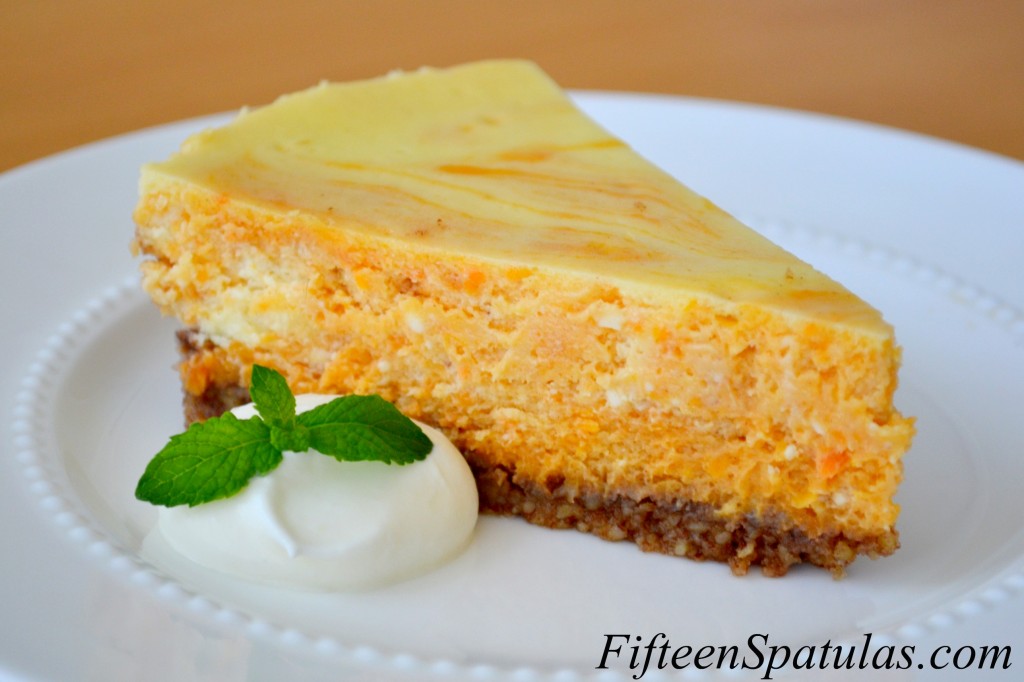 Smooth, silky, creamy cheesecake custard with sweet potato swirled in, and a tender pecan crust on the bottom.  AMAZING.

And to think, it all started because I had some sweet potatoes that were starting to sprout and needed to be used.  I also conveniently had some cream cheese and sour cream in the fridge that needed to be used up.  And the light bulb went off…SWEET POTATO CHEESECAKE!

Instead of the usual graham cracker crust (which I don’t like…mostly because I can never find graham crackers that don’t have partially hydrogenated oil), I decided that pecans would go beautifully with the sweet potato. 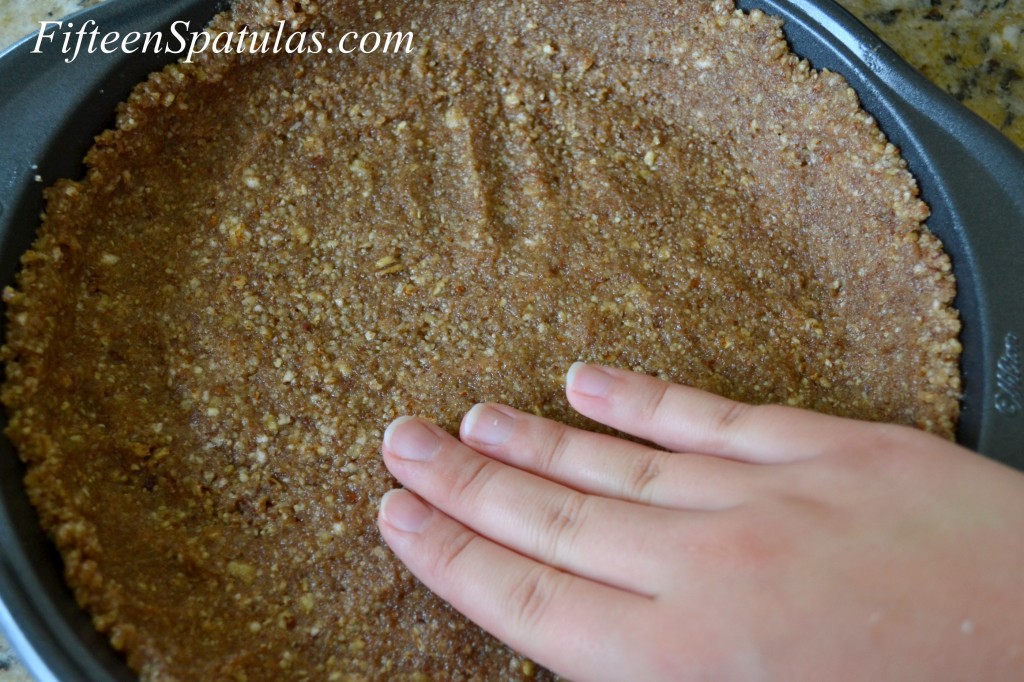 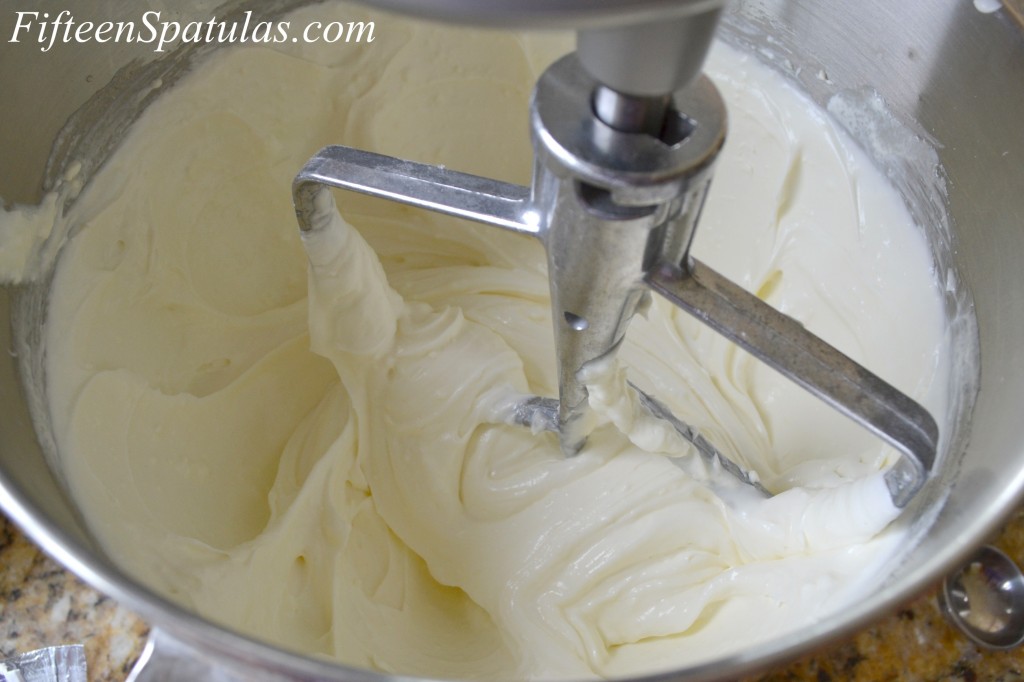 But I think it’s prettier with the swirls, and it gives a bit of a flavor contrast. 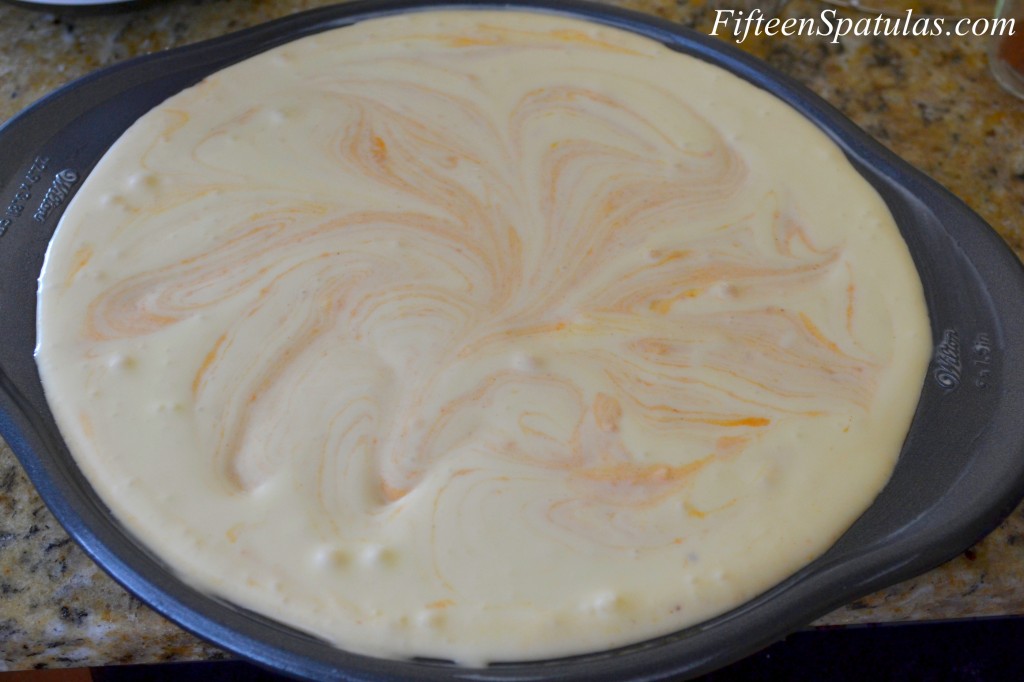 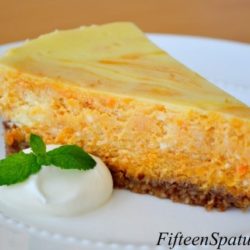 For the Pecan Crust: