This quick and easy soup has all the flavors you love in a Loaded Baked Potato, but in the form of a rich and creamy soup! 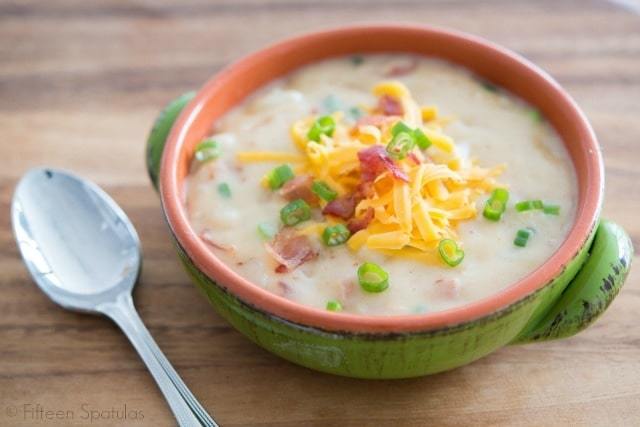 In terms of comfort food, I would take a bowl of creamy, warm soup over a bowl of mac and cheese (uh huh, that’s right). Loaded potato soup is indisputably one of the most comforting soups ever to exist, and while I can’t say it’s THE favorite because it’s too close to call with other soups like chicken tortilla and lobster bisque, it’s definitely ONE of the favorites.

I recently developed a couple recipes with some new Swanson products on my Youtube channel, and I wanted to share this one with you, particularly if you’re someone who doesn’t usually have cream on hand but wants to have creamy soup in an instant! This is a quick one!!

For the soup, start by crisping up some sliced bacon: 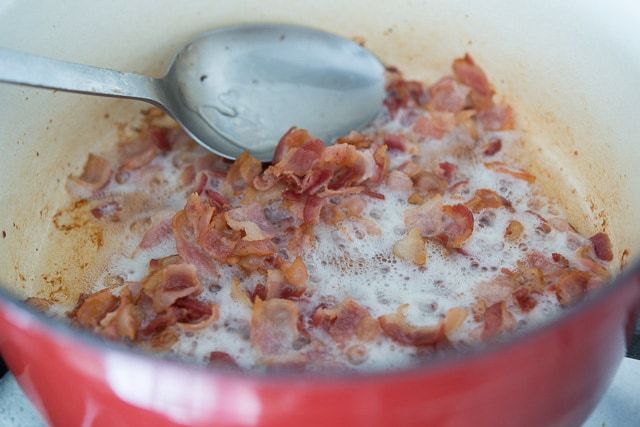 Remove half of the bacon with a slotted spoon, then add chopped yellow onion. Cook until soft: 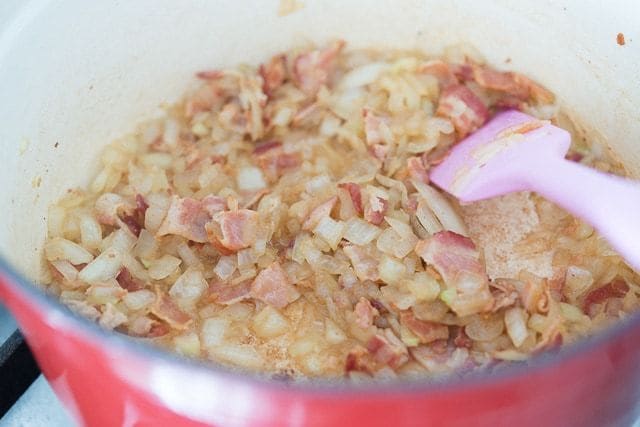 Add cubed russet potatoes, and cook for a few minutes to meld the flavors and soften the potatoes slightly: 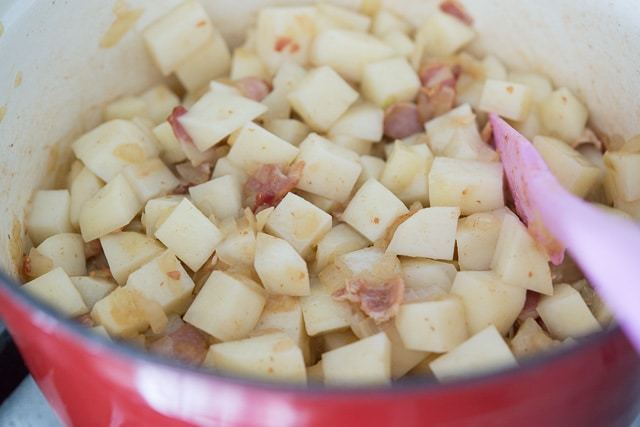 Then add in Swanson®’s Cream Starter and simmer until the potatoes are tender: 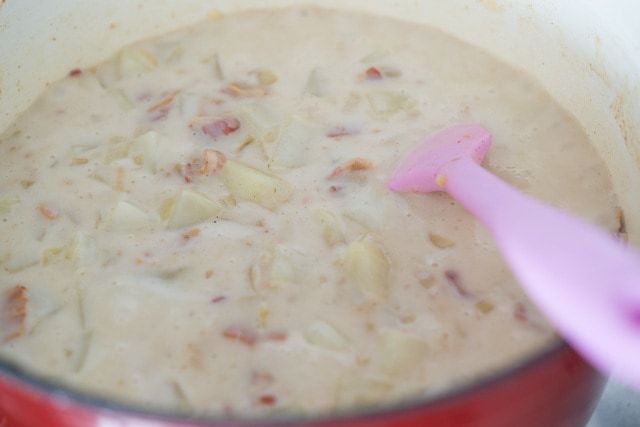 The Cream Starter is a pantry item that’s a cream base, made with fresh cream, butter and wine, and I’m a huge fan of it! I used to try keeping cream in the fridge for recipes like this, but too often ended up with spoiled cream because it just doesn’t have a long shelf life. This is a lot easier!

Get the full recipe below, and here’s the video I made for the recipe. Enjoy! 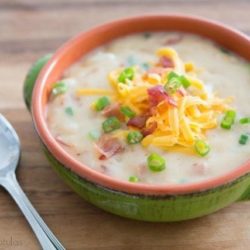 Servings: 6
Prep Time: 10 mins
Cook Time: 35 mins
Total Time: 45 mins
This quick and easy soup has all the flavors you love in a Loaded Baked Potato, but in the form of a rich and creamy soup!
Print Recipe Pin Recipe
1
reviews
Leave a Review »

Disclosure: I developed this recipe with Swanson’s Cream Starter and created this video for them, sponsored by Swanson®. As always, all opinions are my own, and I’m a big fan of their products and have been for a long time!