Thick slices of eggplant are fried until crispy and layered with a flavorful sun-dried tomato marinara sauce and melted cheese, and baked until golden and bubbling! 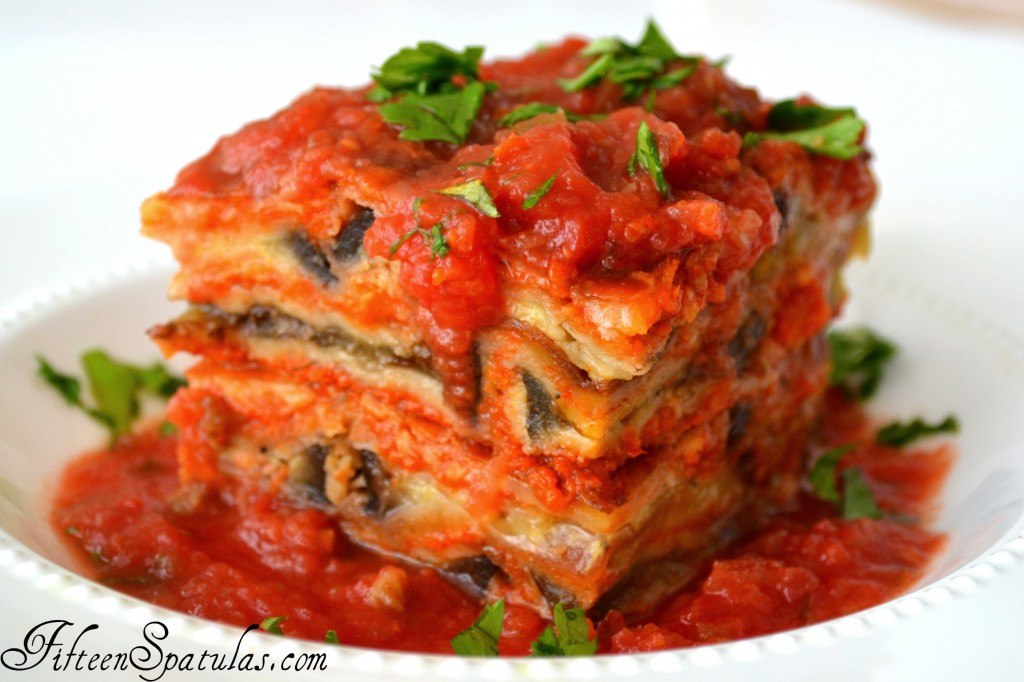 I admit, I’m one of those people who has a hard time thinking it’s a meal if it doesn’t contain some kind of meat or seafood in it.

It’s just, I need my meals to be hearty. I need them to be satisfying. And big hunks of protein usually do the job pretty well.

But there are some vegetarian dishes that do all these things for me, and eggplant parmesan is one of them.

But this isn’t your run-of-the-mill marinara. Adding sundried tomatoes gives it a much deeper, complex tomato flavor, and it really does wonders for the sauce.  Next time you’re making a tomato dish, try it. You’ll be impressed by the results and wonder why you’ve never done it before.

Let me walk you through this recipe:

Start by slicing an eggplant, dredging them in flour, egg, and breadcrumbs, and pan-frying until golden brown. 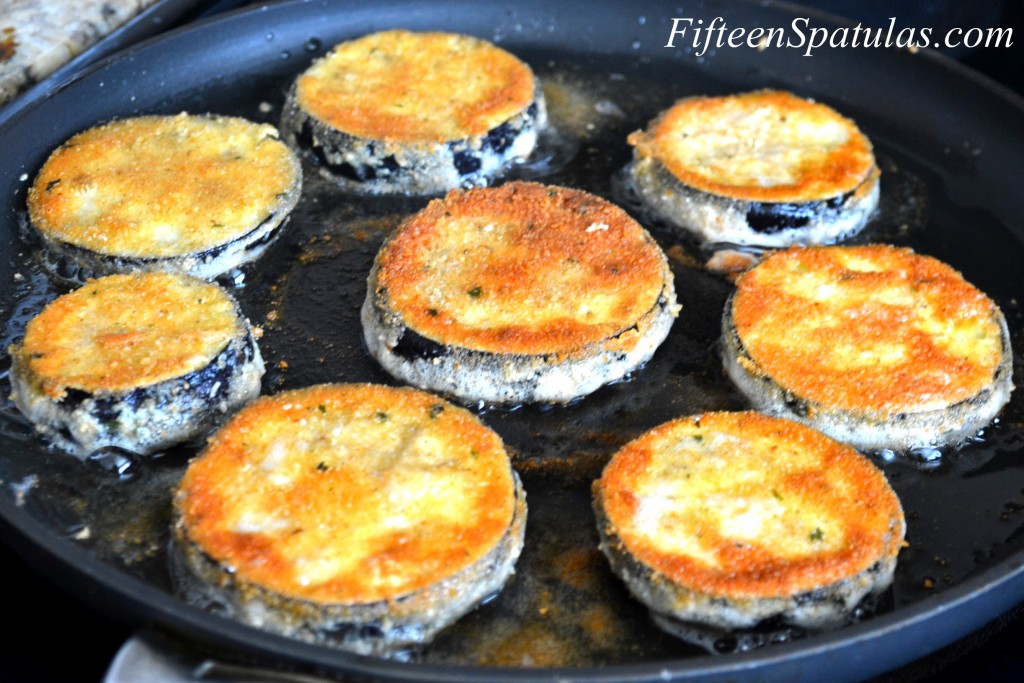 Layer up those eggplant slices with tomato sauce and cheese. 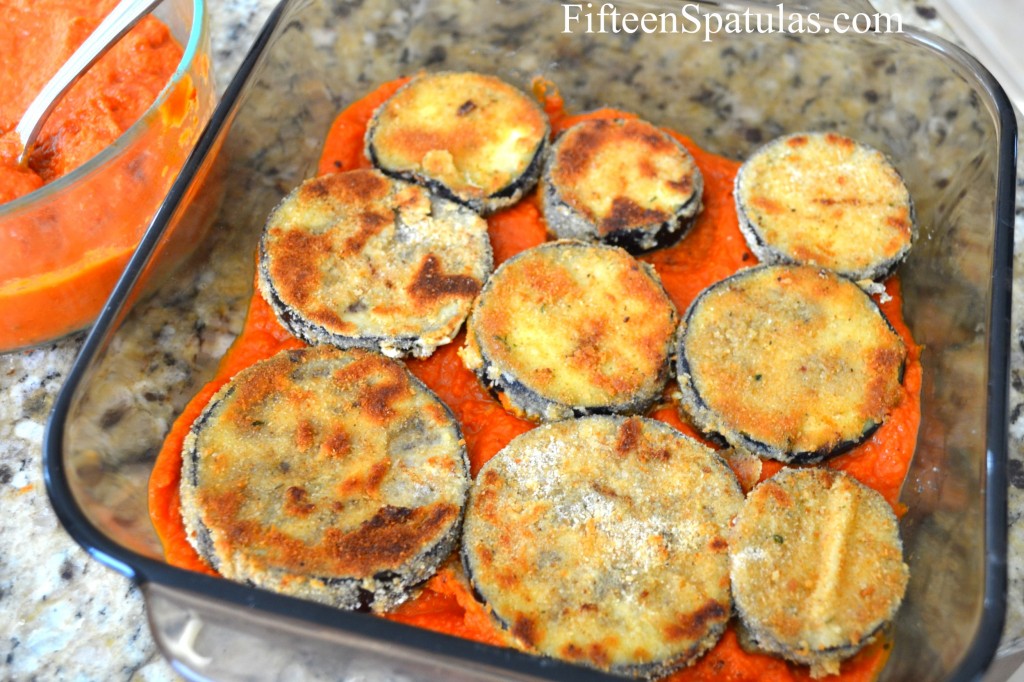 Send into the oven until the cheese is bubbly and golden. 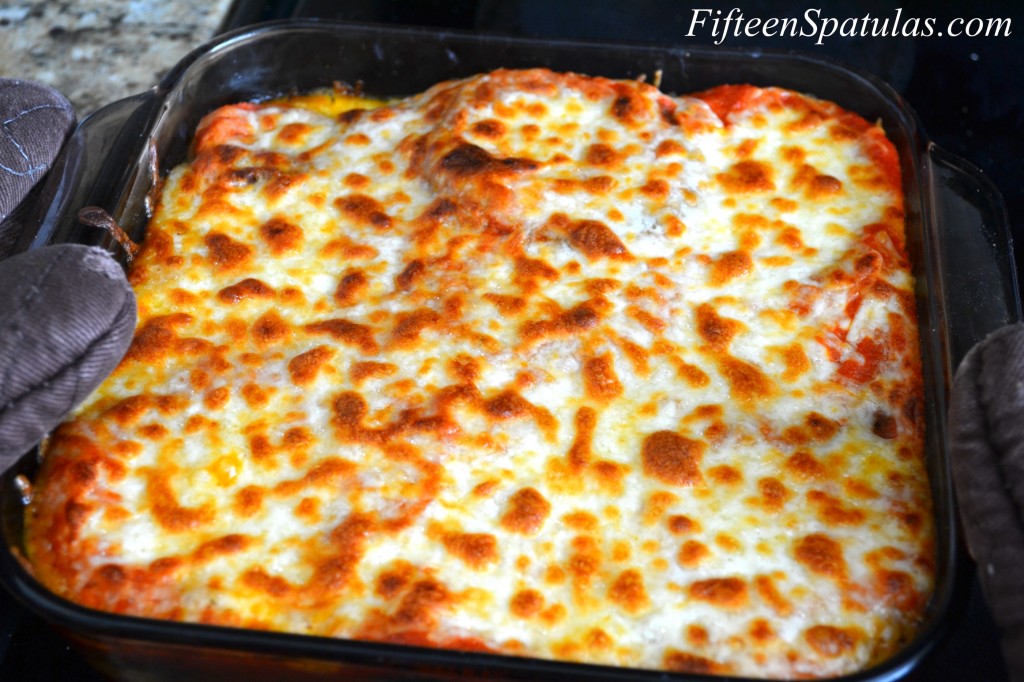 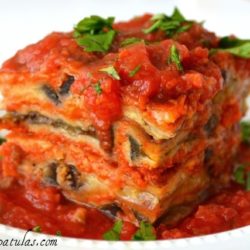 For the sundried tomato marinara: