This Chocolate Cake with Chestnut Buttercream has a soft and moist crumb, and a creamy buttercream made with pureed chestnuts. It’s a unique and delicious dessert! 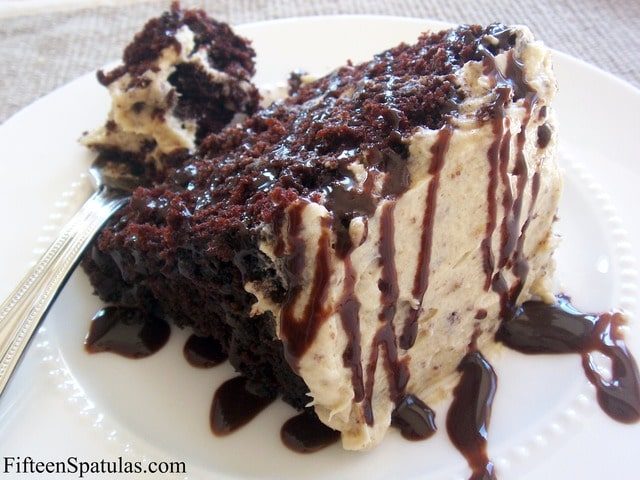 OH MY WORD this cake is GOOD!  I saw some fresh chestnuts at the grocery store, snagged the little treats (they only seem to pop up around the holidays), and decided to turn them into a roasted chestnut buttercream.  Then I picked up my handy dandy Flavor Bible for pairing ideas and decided a chocolate base would go beautifully with the earthy flavors of the roasted chestnuts.  And for those of you who say you don’t like cake, I dare you to give it a try.  Grocery store cakes do the world a disservice by making yucky cakes with “buttercreams” consisting of not much more than partially hydrogenated oil.  That’s not buttercream.  Homemade is definitely the way to go, and it’s not difficult, and SO worth the results.   This cake is so perfect for the holidays!

Dark Chocolate Cake: This is the best chocolate cake I have EVER had.  If I didn’t make it, I would think this was an oil based cake because it is so darned moist.  Never ever have I had a butter cake this moist, it’s amazing. 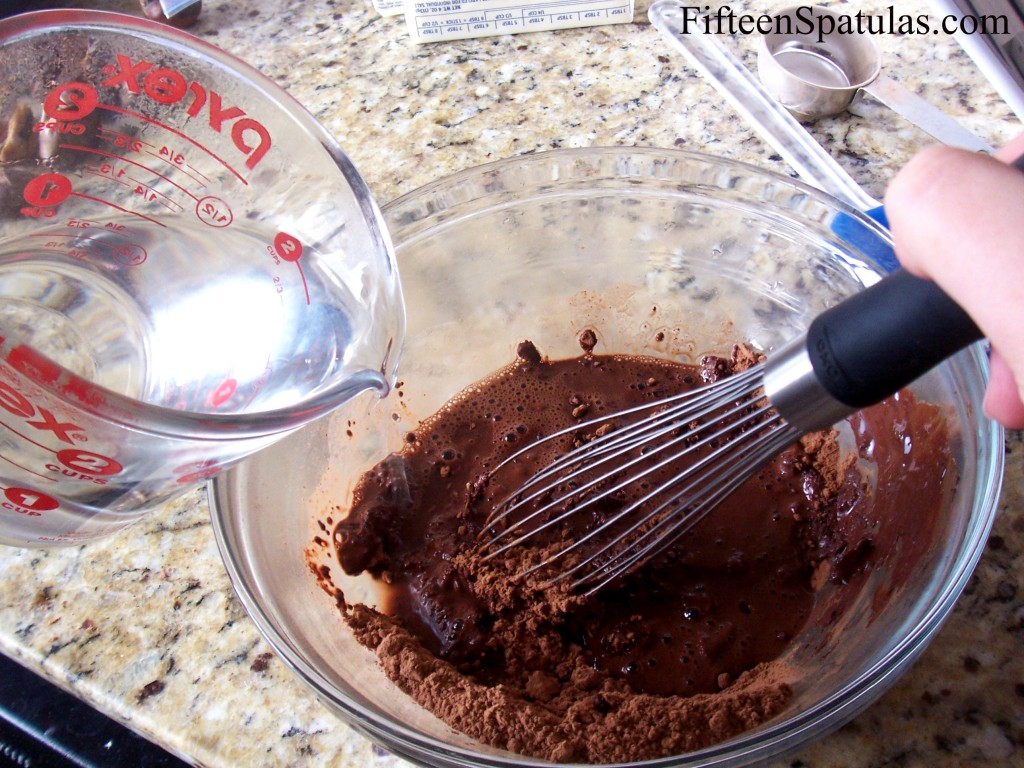 It was my first time trying it yesterday, and this will be my go-to chocolate cake from now on.  What’s really awesome is it’s made from a hot chocolate base, so the chocolate flavor is really there.  I also added some mini chocolate chips to the batter right at the end, and they melted slightly in the oven, giving the cake these gooey chocolate “hot spots.” 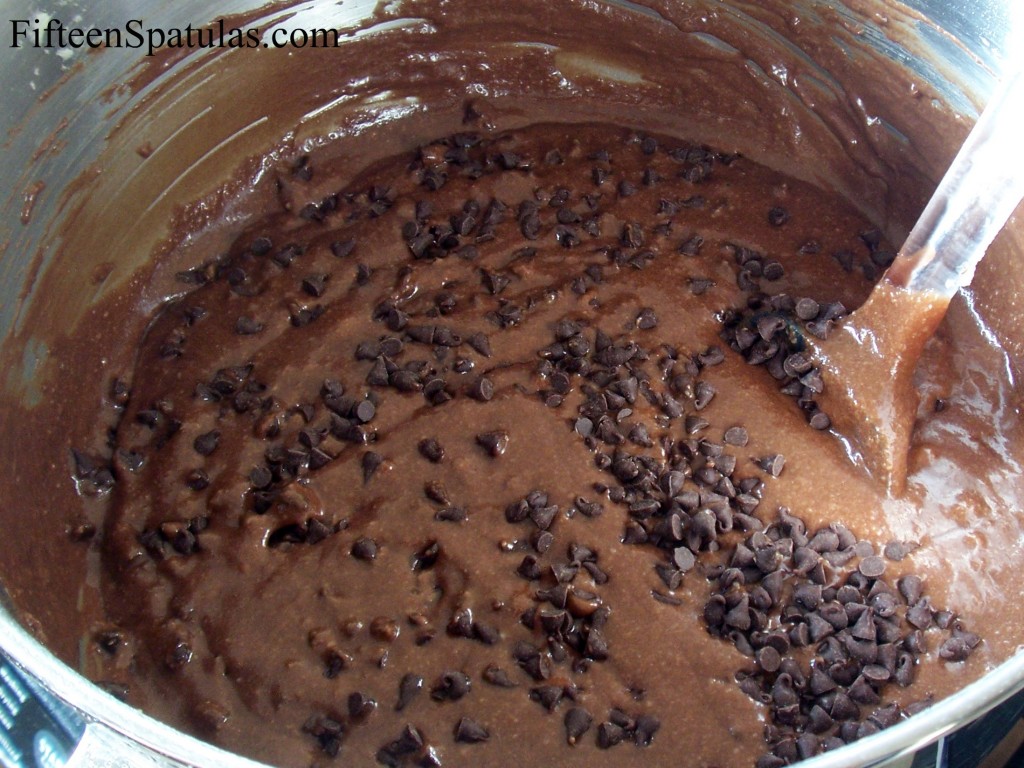 Roasted Chestnut Buttercream: This is a professional style buttercream (don’t let that scare you, it just means it’s good quality stuff).  A lot of people make a buttercream that consists only of butter beaten with powdered sugar.  Many people don’t notice, but it has a gritty consistency from the cornstarch in the powdered sugar that I really don’t like, and while it is easy, I don’t find it to be very good.  Professional style buttercreams aren’t too difficult, so I highly suggest you give it a try…it’s a million times better…plus, it uses less butter =)

Get a sharp knife, and cut X’s into the chestnuts like this: 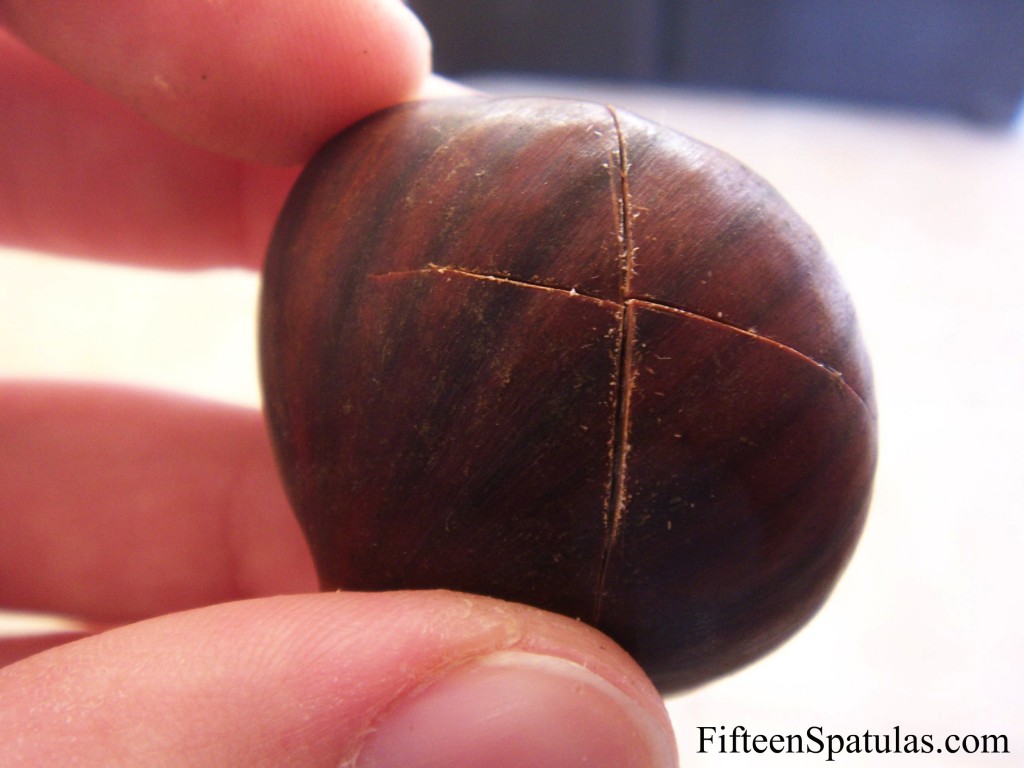 If you don’t cut X’s into the chestnuts, they can explode (even after they have cooled), so it’s important to let the steam escape.  Plus, it will make the peeling a lot easier!  Roast the chestnuts in the oven for about 20-25 minutes on a sheet pan: 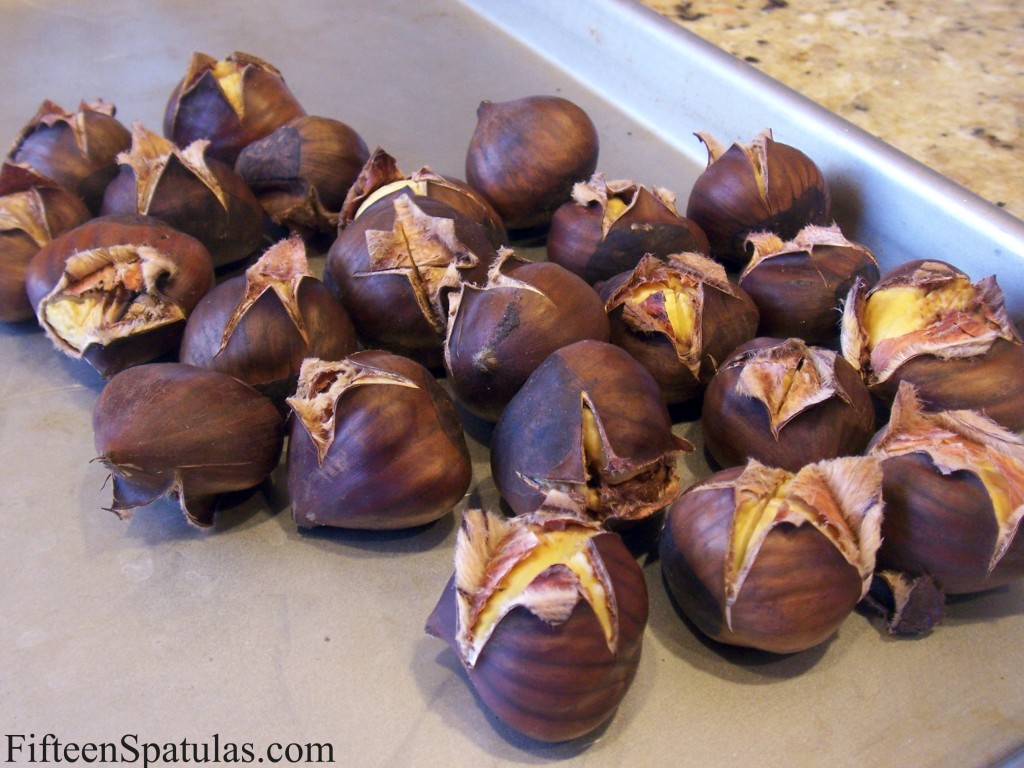 Puree the chestnuts, and they will be ready to be incorporated into the buttercream: 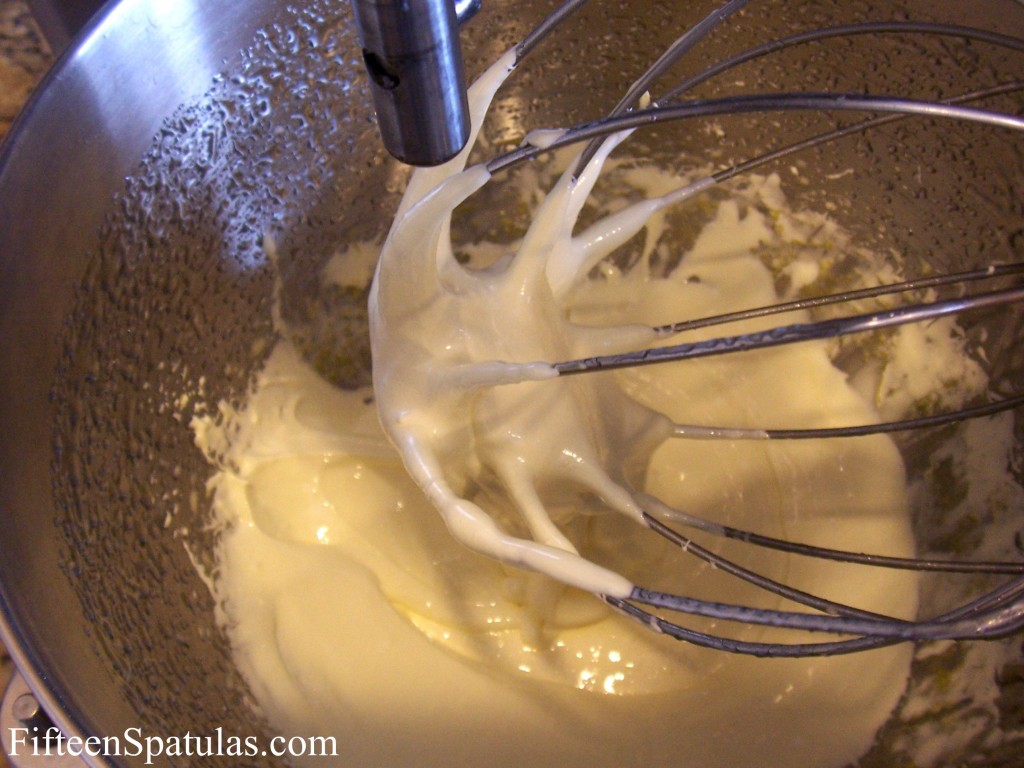 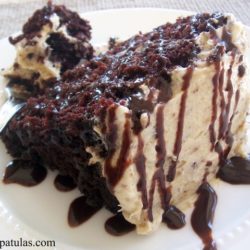 For the chocolate cake:

For the chestnut buttercream:

Thank you! You have successfully subscribed to Fifteen Spatulas new posts notifications.
« Previous PostUnderstanding The Creaming Method
Next Post » No Oil No Fat Crispy Roast Potatoes