These incredible fudgy brownies are made with a homemade bourbon butterscotch swirl, for the ultimate decadent dessert! They’re perfect for bake sales and potlucks. 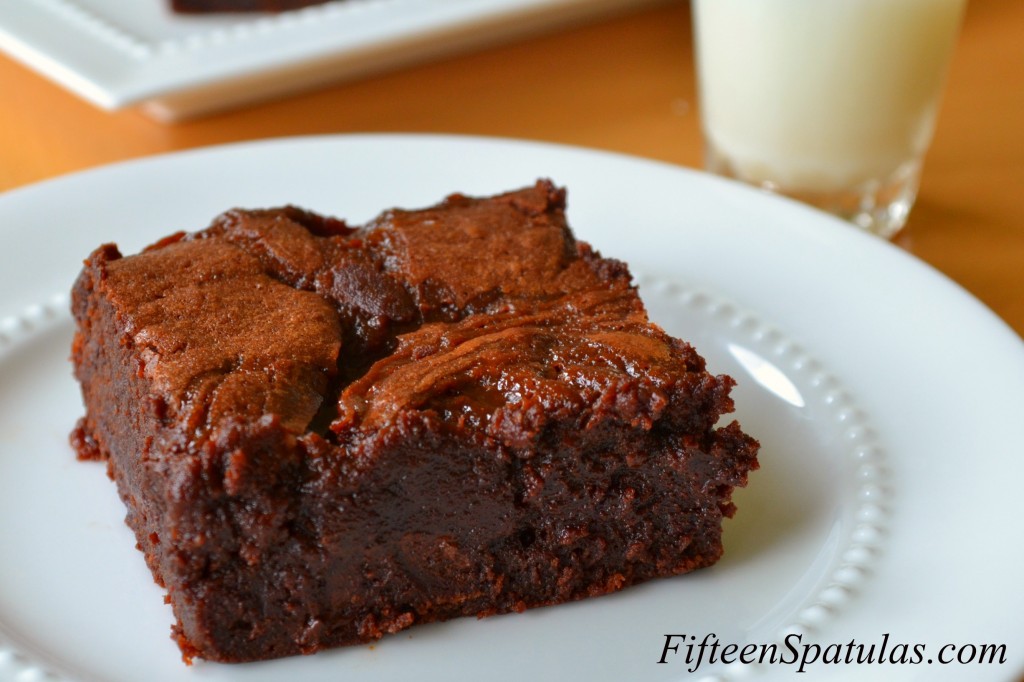 Wet, fudgy, dense, gooey, and over the top chocolate flavor.  That’s how I think a brownie should be, and with that said, you won’t find any cakey brownies in my house.  This is one of the best recipes I think I have ever created, and there are two things I think make it a knockout:
1.  I swirl in a Bourbon spiked butterscotch sauce, and it not only gives the intense chocolate flavor in the brownies something to play off and contrast, but who wouldn’t want Bourbon butterscotch sauce added to ANYTHING they’re eating???
2.  I make these brownies from melted chocolate, not from cocoa powder.  I really think brownies taste much better, richer, more chocolatey, and ooey gooey when made from a melted chocolate base. 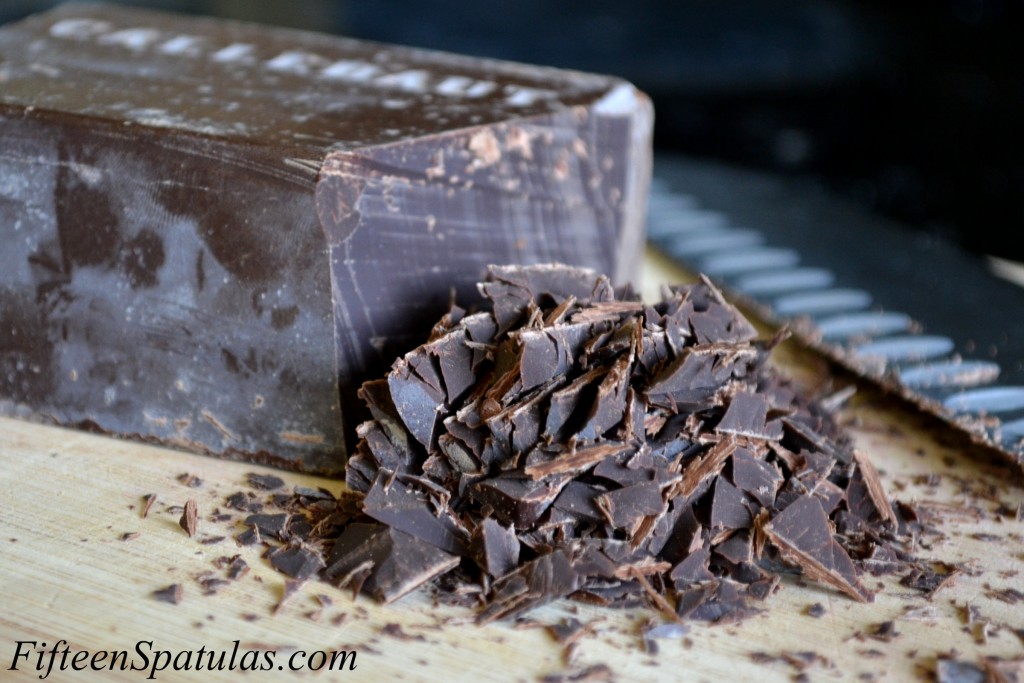 If you think you have found the perfect brownie recipe, I dare you to try mine. 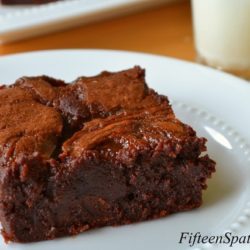 For the Bourbon Butterscotch: