Bananas Foster French Toast is an indulgent cross between dessert and breakfast, combining a challah french toast with a sticky sweet bananas foster sauce. Perfect for a special occasion brunch! 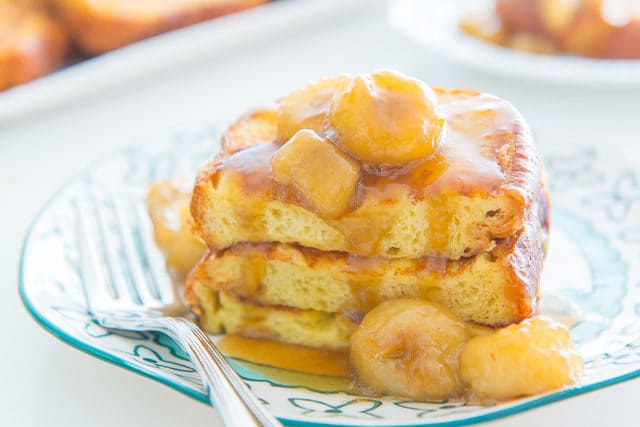 Bananas Foster is one of the earliest desserts that I remember loving as a kid, which is funny because in general I’m not wild about bananas.

I guess if you cook anything in a butter brown sugar rum sauce flambé, it’s bound to be good. Yes?

And there was always so much flashiness when we’d get it at the restaurant and they’d flame it right at the table. Ohhhhh, fire!

In all seriousness, I think bananas totally transform with a little bit of heat, even if it’s just with 5 minutes in the pan.

Case in point: I regularly make these Sticky Honey Bananas, cooked in a little coconut oil, honey, and cinnamon, for a few minutes on each side. It’s just enough to caramelize the bananas on the edges, and yield a soft and sweet middle. They’re heavenly. 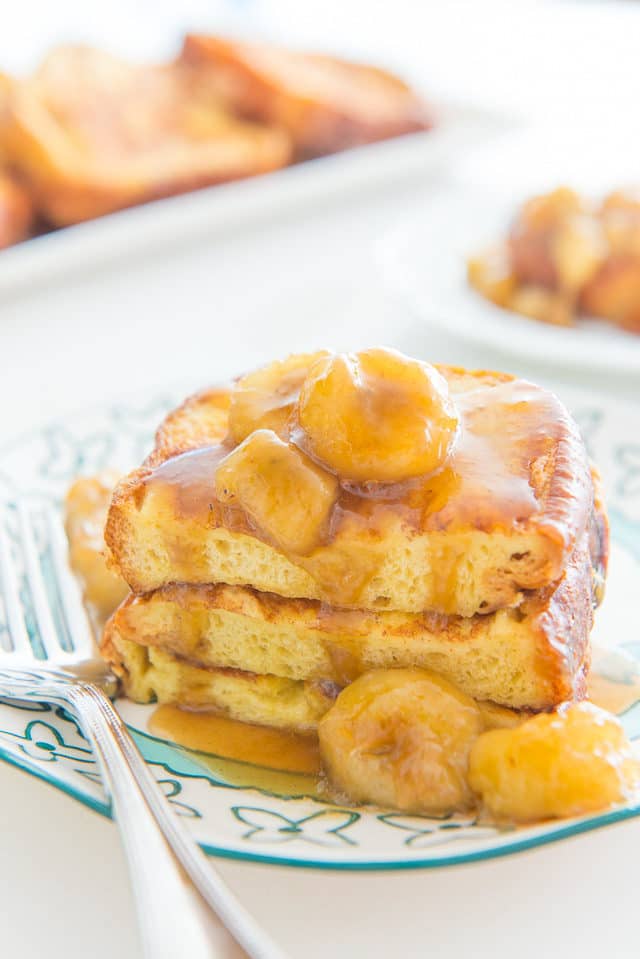 This particular brunch recipe celebrates the marriage of dessert and breakfast, and was born out of my serious love for bananas foster.

One night after making bananas foster, I found myself left with a bunch of extra sauce, and didn’t want to waste it.

So I put it into a container and decided I would save it for drizzling over french toast the next morning. 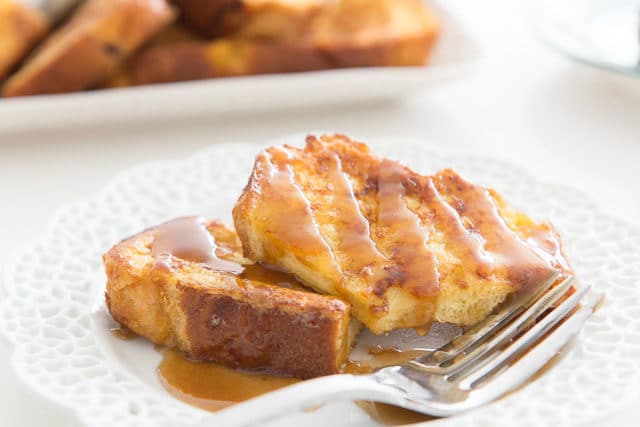 AND IT WAS SO GOOD.

I’m a huge maple syrup fan, but this is something that’s a little different, also drizzles beautifully, and feels like a special occasion breakfast treat.

I say the special occasion part because it’s definitely calorie city, but when it’s mother’s day or a birthday or another special day, I think splurging a little is the only way.

In a container, mix together eggs, half and half, and cinnamon: 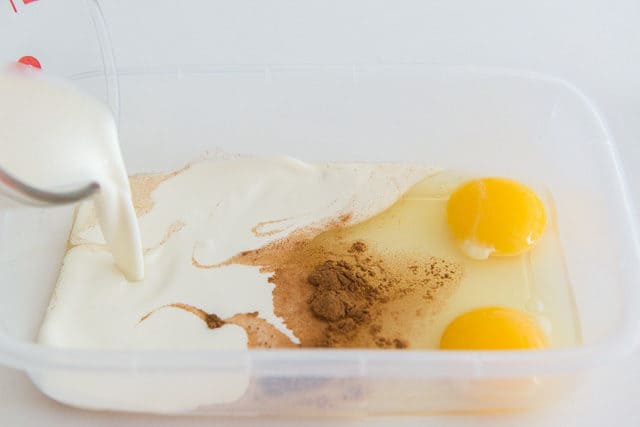 I don’t add any sugar to the french toast batter because challah bread is already sweetened.

Whisk to combine, then soak 1″ thick slices of challah bread into the custard: 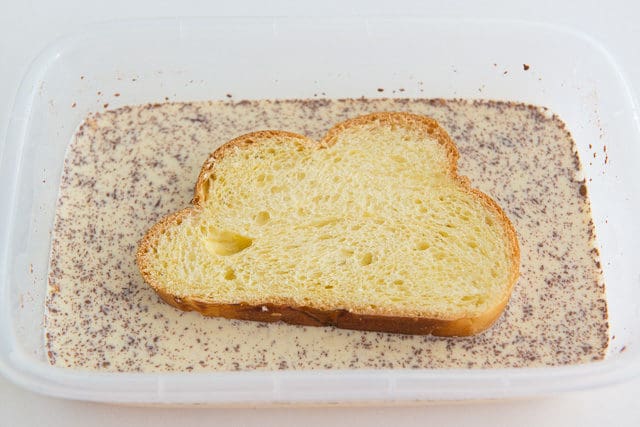 In my opinion, the best bread for french toast is hands down challah!

Soak for 30 seconds on each side: 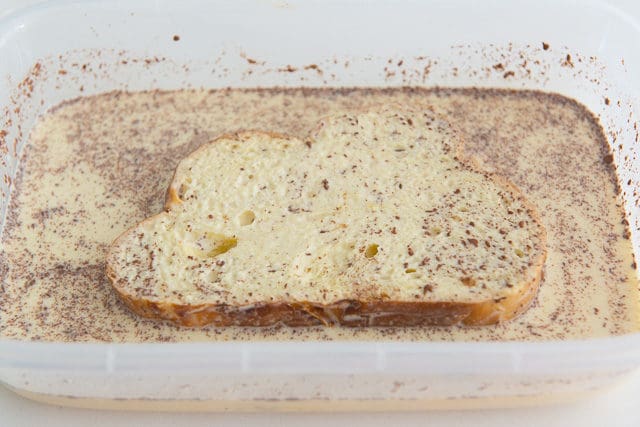 And a quick tip: if you want to soak a whole bunch of challah at one time, put the custard into a rimmed half sheet pan, and lay out all the slices at once.

Cook the soaked challah slices in a little bit of butter over medium heat in a nonstick skillet: 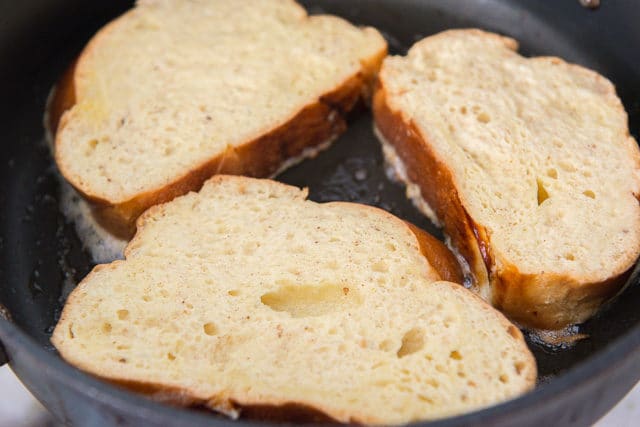 I find that challah french toast typically only needs about 2 minutes on each side until it’s golden and cooked through: 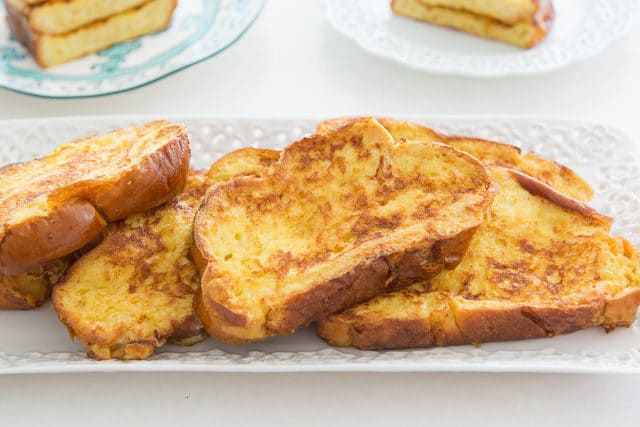 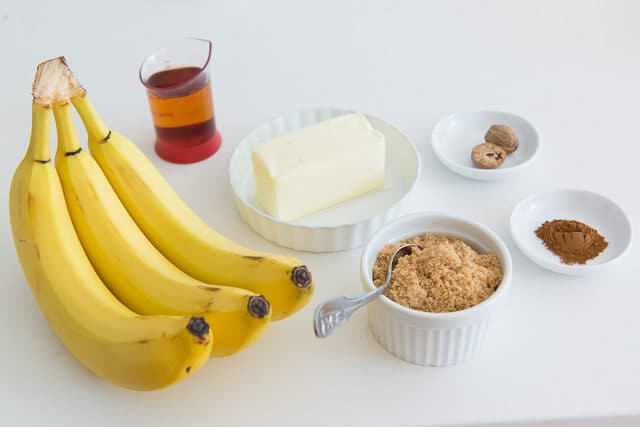 You want to use bananas that are *just* ripe, with no spots on the peel. If you use too ripe of a banana, the slices won’t hold their shape in the sauce.

Melt the butter, brown sugar, cinnamon, and nutmeg in the pan, then add the banana slices and cook: 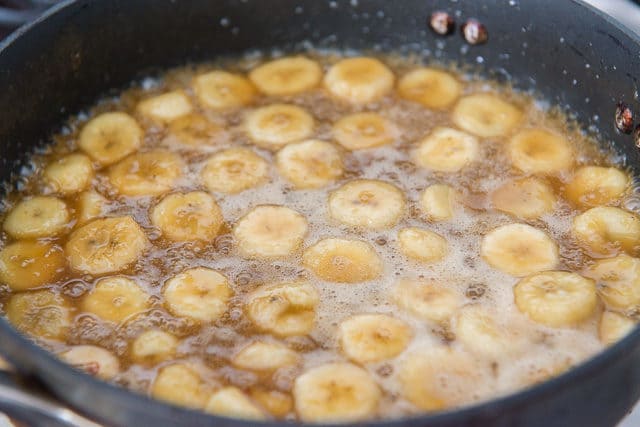 At the very end, add the rum and flame it, and cook for about a minute. When the flame burns off, that’s when the sauce is ready!

Serve the slices of challah french toast with the caramelized bananas and sauce on top: 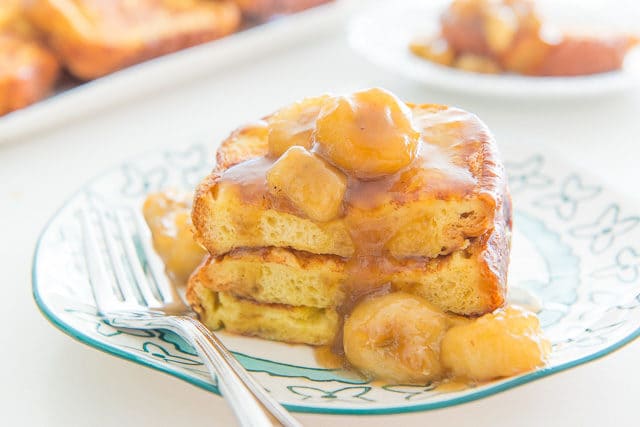 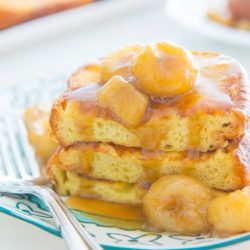 For the French Toast:

For the Bananas Foster:

*You can also use a stick lighter if you don't have a gas stove.

posted in: All Recent Posts, Breakfast and Brunch 20 comments