Barley is cooked until tender, then tossed with tomatoes, cucumber, pecorino romano, and other fresh ingredients for a delicious salad. It’s a great potluck side for the summer! 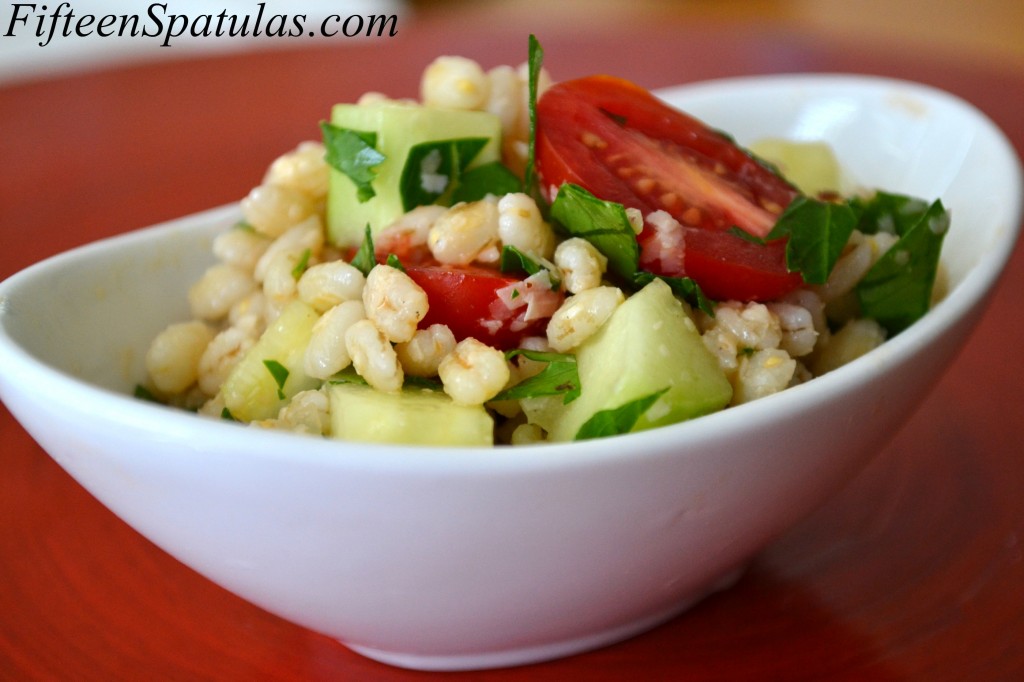 Have you ever tried barley?

It seems that 5 years ago you wouldn’t necessarily be able to find it at the local grocery store.

But apparently, America is going through a specialty grain explosion.

Quinoa, farro, barley, couscous…people are eating more and more of these things on a regular basis.

Barley is definitely my favorite out of these (and it doesn’t hurt that it’s also really cheap).

Throw it with some diced cucumbers (video below on how to seed and dice it), some tomatoes, and herbs for a delicious salad! 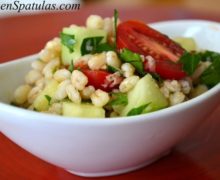