Homemade marshmallows are coated with golden toasted coconut for a delicious sweet confection. They’re a great edible gift to give to friends and family! 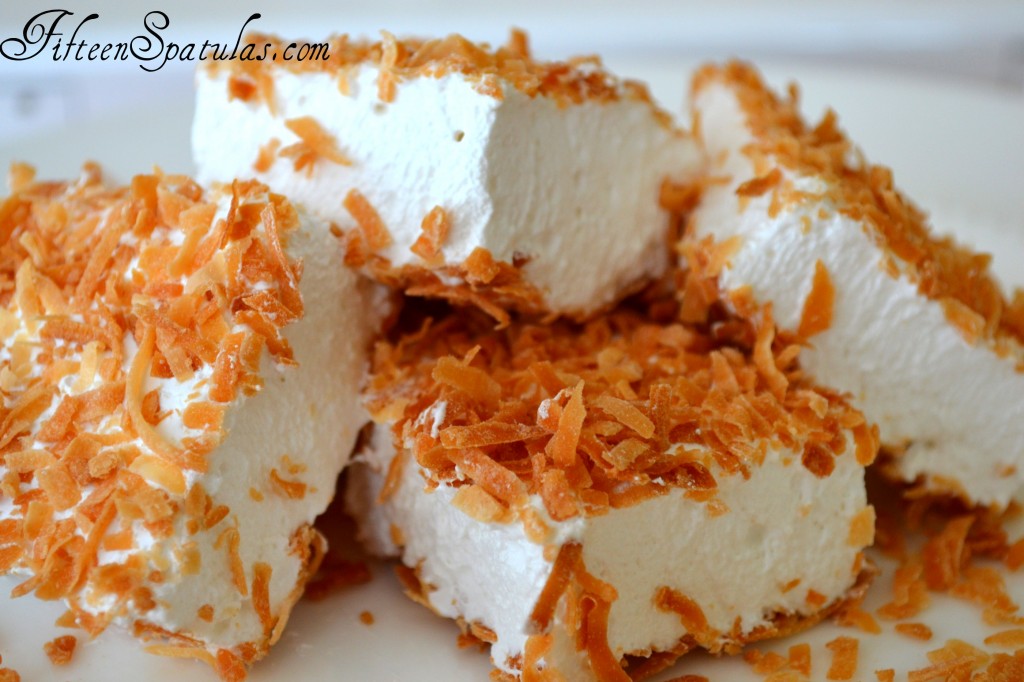 You’re not allowed to say you don’t like marshmallows until you’ve made some at home (that’s right, no ifs ands or buts).  Storebought marshmallows and homemade marshmallows are COMPLETELY different, and you really cannot even compare the two.  Homemade marshmallows are light fluffy clouds of heaven, and these are taken to the next level by being coated on the bottom and top with toasted coconut.  The recipe calls for 7 oz of sweetened flaked coconut, but if you’re like me, you might want to make 8 oz so 7 oz of it will actually make it to the pan.  Here’s how to make these:

Start by spreading some coconut flakes out onto a sheet pan. 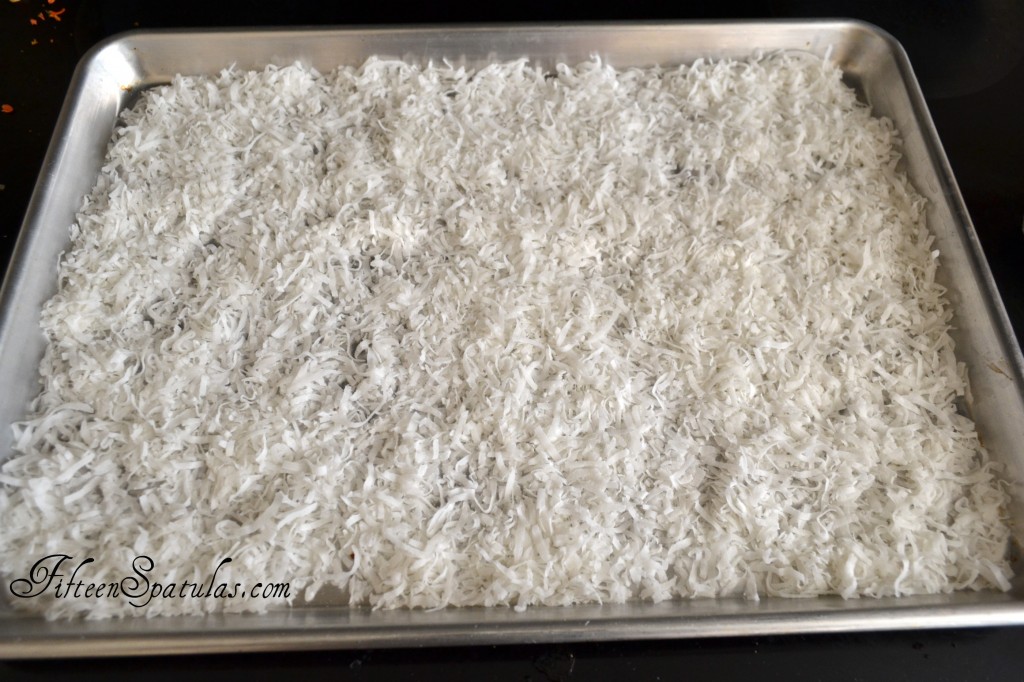 Toast the coconut in the oven until golden brown. 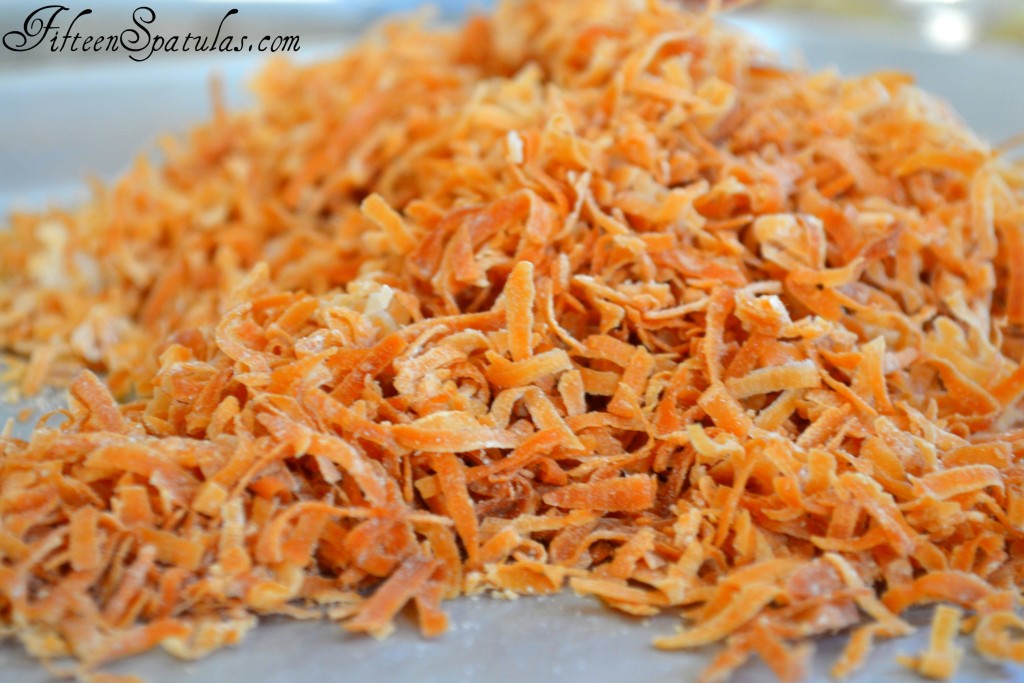 Head over to the stand mixer to make the whipped up marshmallow mixture, made from sugar, gelatin, honey, corn syrup, and vanilla. 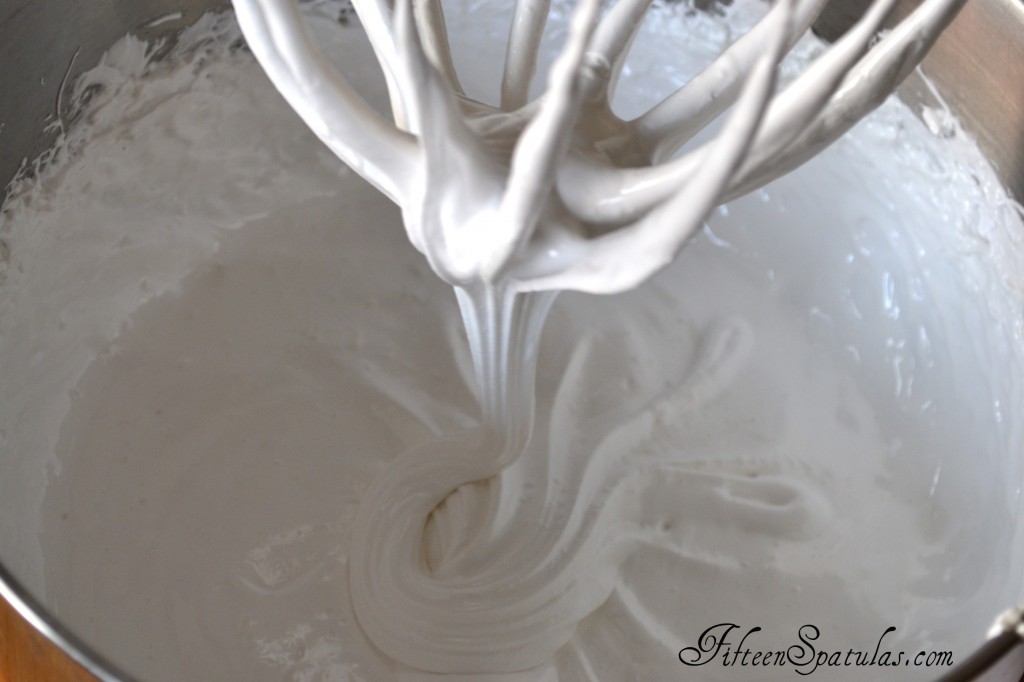 Spread the mixture out into a 9×13 pan and cover with the toasted coconut. 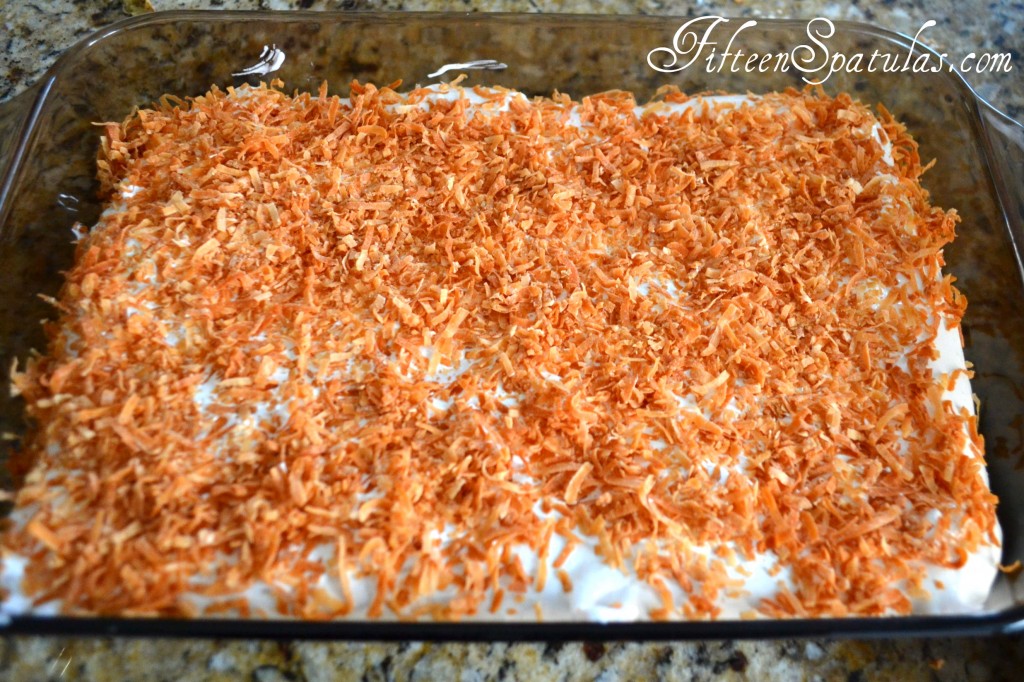 Let it dry out and cut into squares. Enjoy! 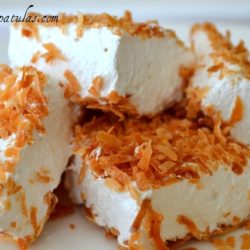