This Mexican-inspired Corn is coated with a flavorful mix of chipotle, cotija cheese, and cilantro, for an easy side dish for Carne Asada, Ground Beef Tacos, and more! 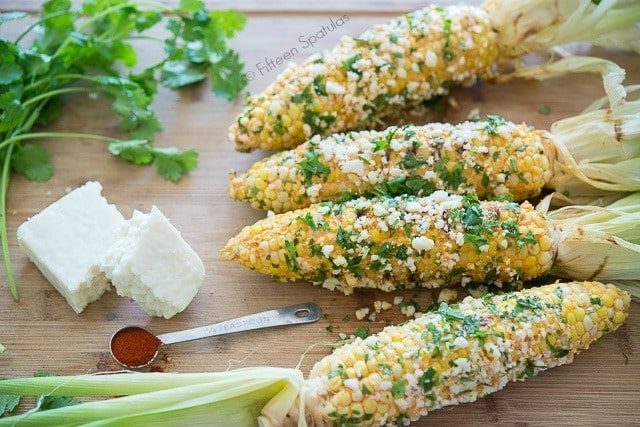 Eating corn on the cob cold, straight out of the fridge in the morning is something that happens a lot in my life. Corn for breakfast? Yeah, I’m weird. But I think corn on the cob is the greatest thing in the world, to the point where sometimes I roll out of bed and think, I WANT TO GO EAT SOME CORN.

Even though it’s not the peak of the season yet, I’ve been making fresh corn on the cob a few times over the past month and the corn is already really good. Sweet, plump, and delicious.

Today’s preparation is one of my favorite ways to dress up my corn. It’s inspired by a lot of Mexican flavors and has smoky chipotle, cotija cheese, and cilantro.

Because it has some pretty powerful flavors to it, it’s not breakfast corn (haha) but it’s awesome as a side to tacos for lunch or dinner.

To get started, you want to grill your corn. Since I live in NYC and don’t have any outdoor space, I used my panini press. It actually works surprisingly well and gives it a toasty flavor. 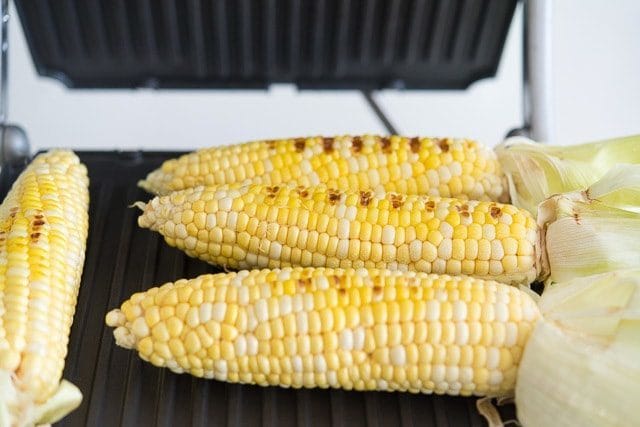 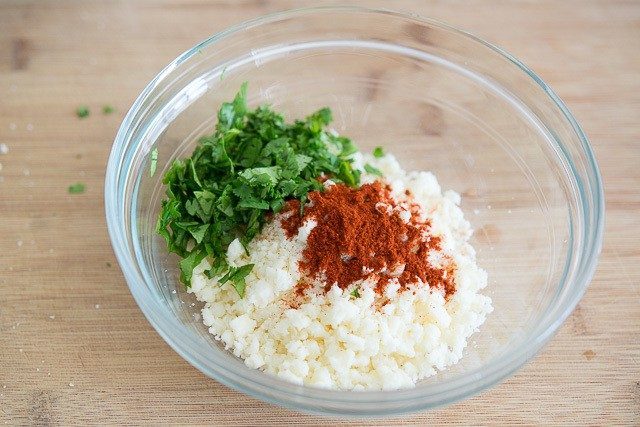 If you have 10 minutes to spare, I recommend using homemade mayonnaise for the best flavor.

Mix that together and brush all over the grilled corn: 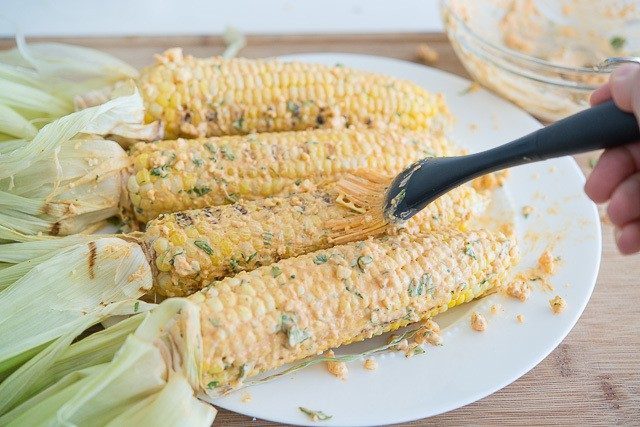 And note that I put this photo here to show you how messy it looks. Don’t worry, we’ll make it pretty in a minute.

Lay out some crumbled cotija cheese and more chopped cilantro on a board: 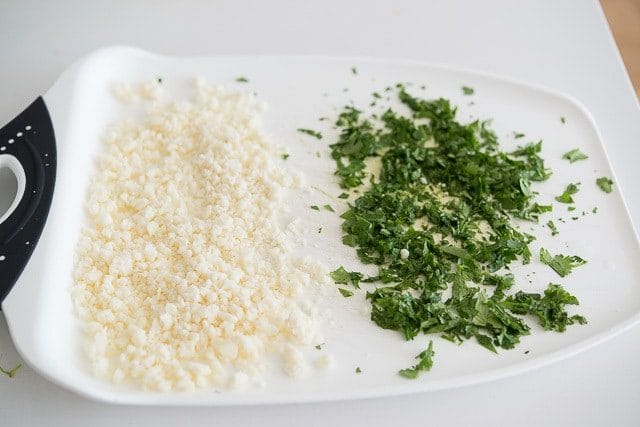 Roll the corn in the cotija cheese: 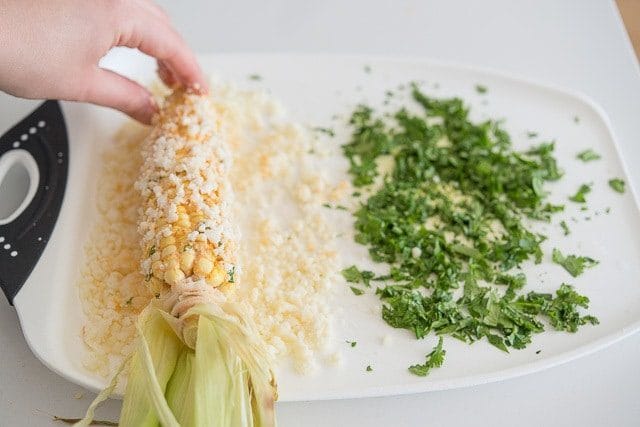 Then roll in the fresh cilantro: 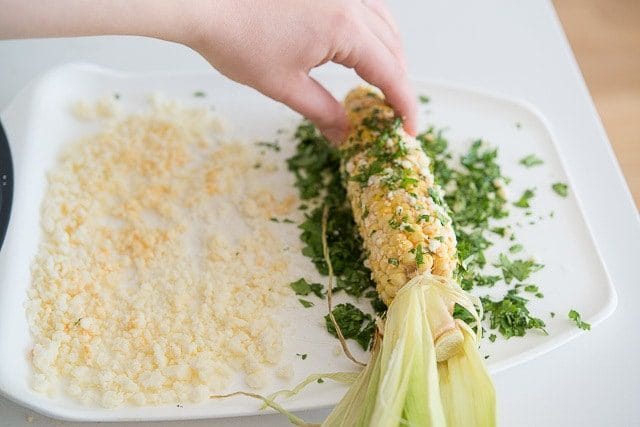 Looks much prettier now, right? And now it has MORE cheese and cilantro. 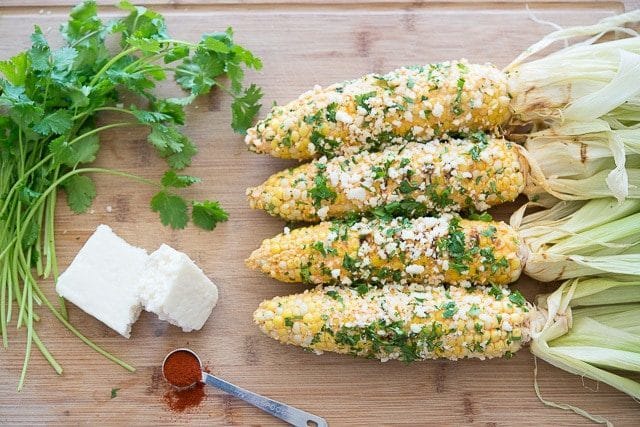 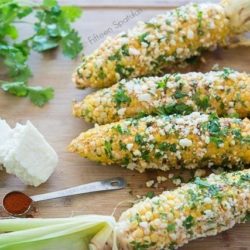 Thank you! You have successfully subscribed to Fifteen Spatulas new posts notifications.
« Previous PostGrown Up Ants on a Log
Next Post » Lemon Poppy Seed Muffins