Home » Recipes » Dessert » Fresh vs. Canned Pumpkin: I put them to the test!

Fresh vs. Canned Pumpkin: I put them to the test!

People say fresh pumpkin is so much better than canned, so in today’s post I put them head to head and did a pumpkin pie blind taste test to draw my conclusions! 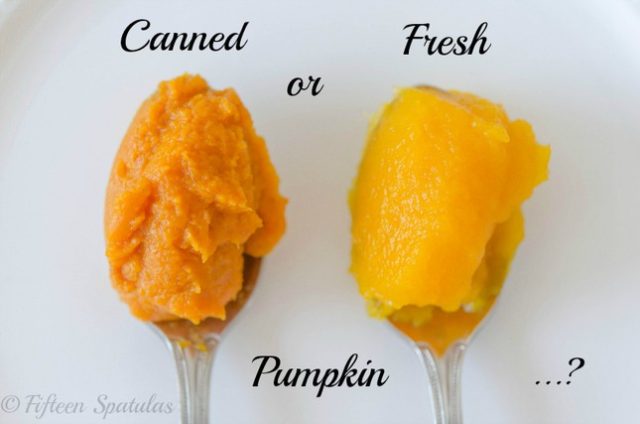 Is fresh pumpkin worth the effort, or should you just used canned pumpkin?

A few nights ago I laid in bed, eyes wide open, pondering that very question (because thinking about food before bed is way more fun than counting sheep).

For the longest time I had never bothered to use anything other than canned pumpkin. Mostly because so many recipes just say to use canned pumpkin by default. It seems like the common thing to do.

I mean seriously, which do we all WANT to be better? The canned pumpkin, obviously. All you have to do is open a can. It’s so quick and simple. Fresh pumpkin requires extra work. 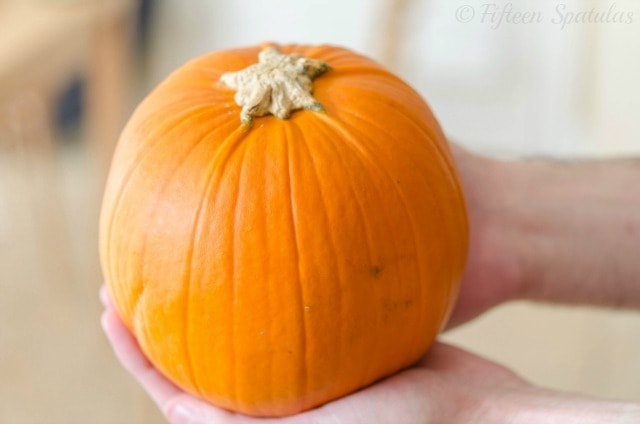 But hey now, it’s not that much extra work, and I decided that it was time to see if the extra work is worth it. This extra work is basically just to cut the pumpkin in half, scoop out the seeds, roast, and puree. Not difficult at all. So I set out to compare the two, to figure out whether fresh or canned pumpkin is the way to go.

In order to test, I first had to prep the pumpkin (make sure you buy a designated sugar or pie pumpkin). I scooped the seeds out with a melon baller (much like I did with my Maple Butter Roasted Acorn Squash). Save the seeds if you want to make roasted pumpkin seeds. 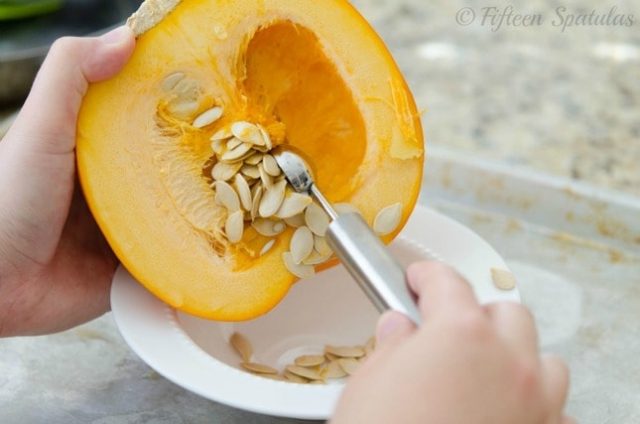 Place the pumpkin halves on a sheet pan to roast until tender. 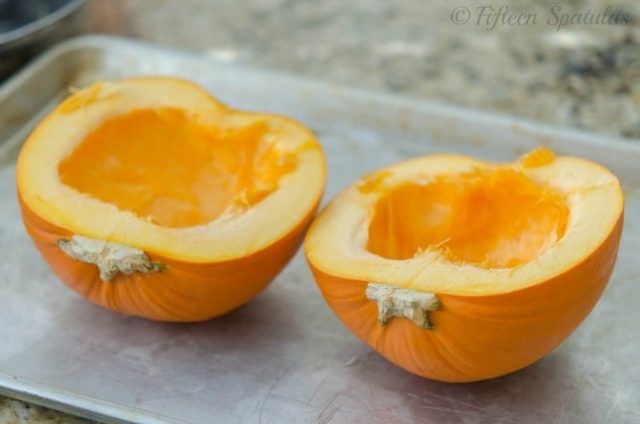 Scoop the roasted pumpkin from the skin, and puree in a food processor until smooth, like this: 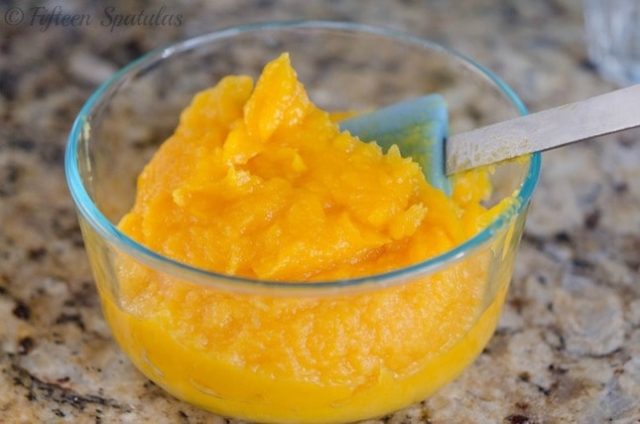 Once I had the pumpkin puree cooked like this, my husband and I both did a blind taste test.

Here were my notes:

This was the canned pumpkin mix: 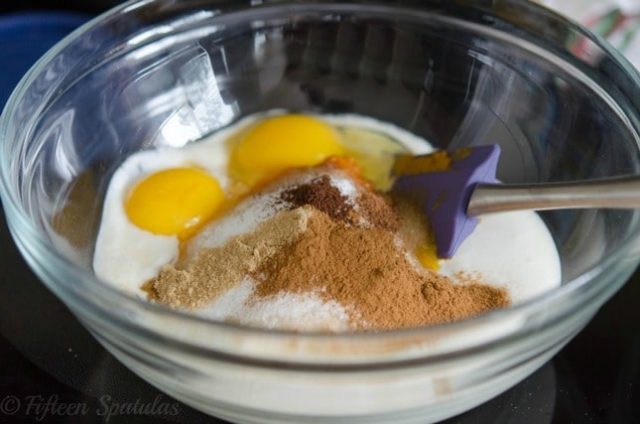 And this was the fresh: 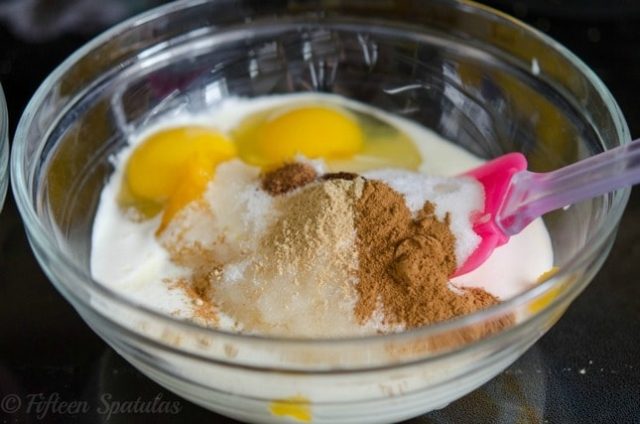 I stirred it all together, and here you can see the canned pumpkin mixture on the left, and the fresh on the right.

They vary quite a bit in color, don’t they? 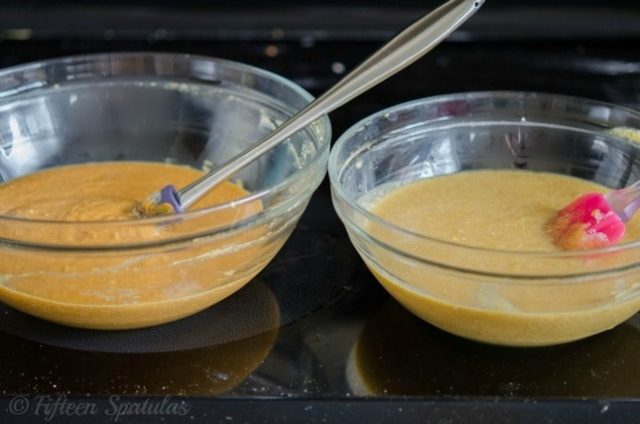 Here’s where my husband and I did another blind taste test, tasting the raw pumpkin pie filling (sweetened up this time).

So I put the two pumpkin fillings into two identical pie crusts, on a sheet pan so that they could both bake evenly, on the same oven rack: 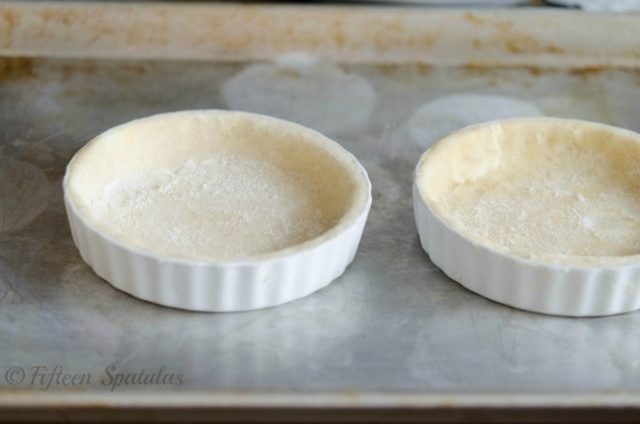 Here’s what they looked like after being baked. The colors aren’t as different anymore. If someone brought me the pie on the left, even though it’s not as bright of an orange, I would still know it’s pumpkin pie. 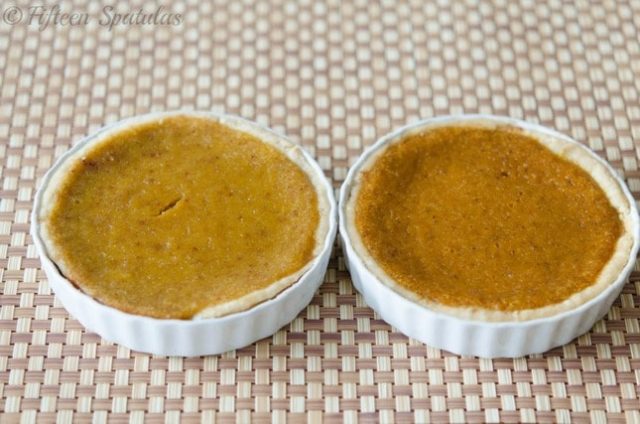 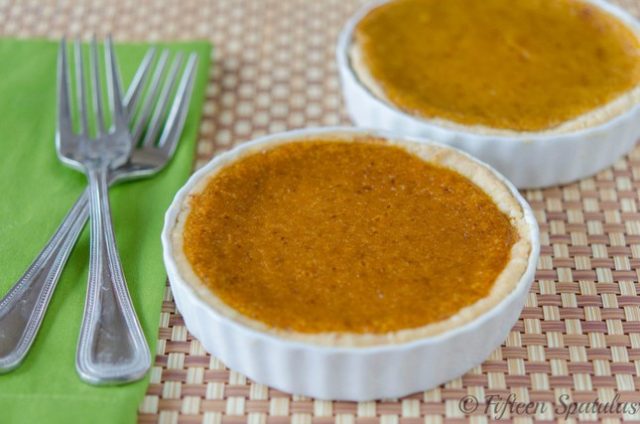 So tell me, have you compared canned and fresh pumpkin, side by side? Maybe it’s time to see what you prefer! Have fun and let me know which you like better =) 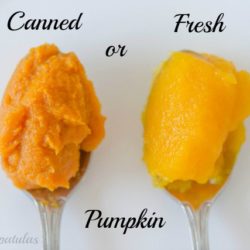 141 Comments on “Fresh vs. Canned Pumpkin: I put them to the test!”