This French Buttercream has no grittiness because it’s made without confectioner’s sugar! It’s luscious, fluffy and perfectly whipped. 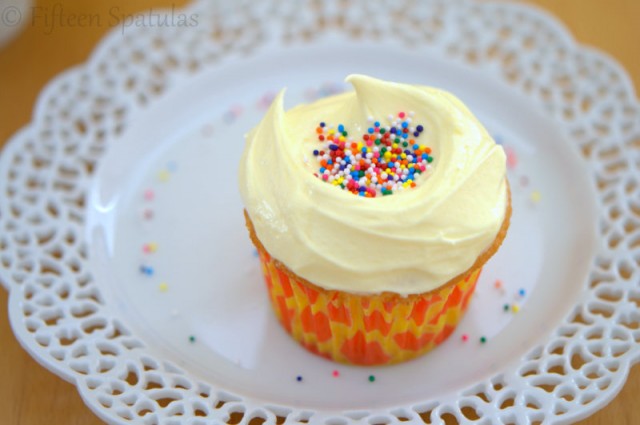 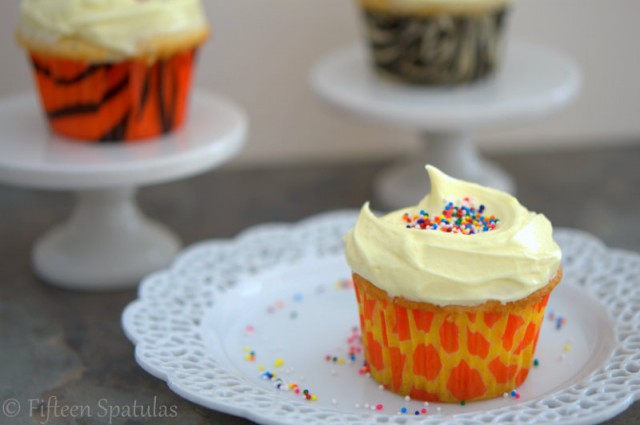 If you’ve never tried making a true buttercream, these cupcakes deserve it. Give it a try, you’ll find yourself never going back to those quick buttercreams (butter whipped with confectioner’s sugar…blah. Gritty and boring).

For the cupcakes, I made these White Velvet Cupcakes.

To make the French buttercream, start with 5 egg yolks in the bowl of a stand mixer: 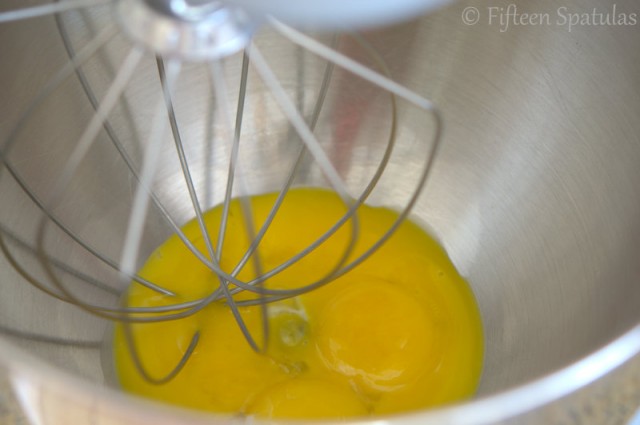 Whip on high speed for about 8-10 minutes. They will start to lighten up: 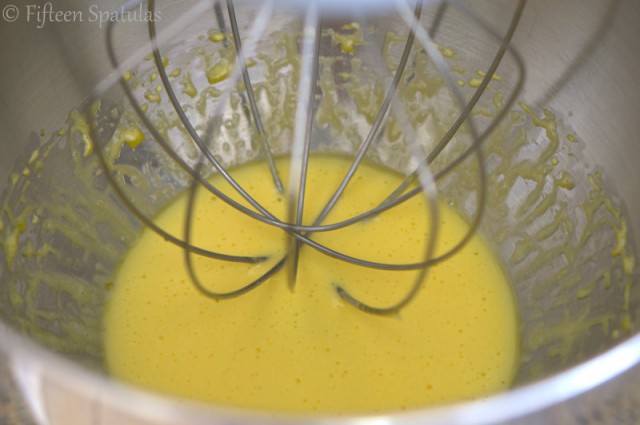 And after a full 10 minutes, they’ll be a very pale yellow, like this: 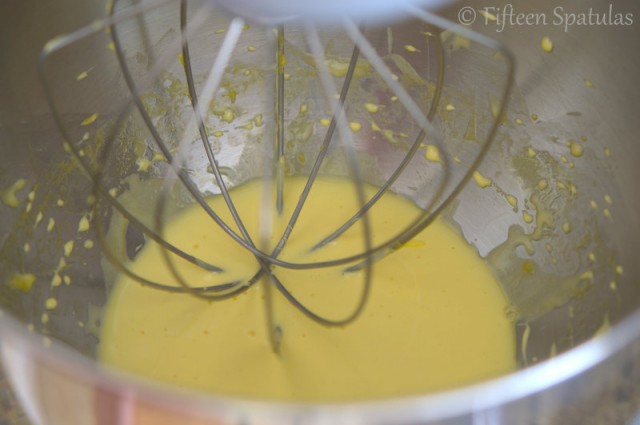 Pour in a sugar syrup cooked to the soft ball stage (238 degrees F on a thermometer), and whip this for 5 minutes. It will start to turn white in color: 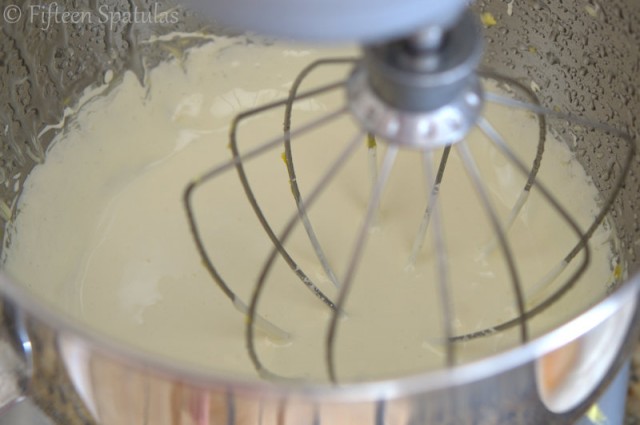 Little by little, whip in the butter and add the almond extract: 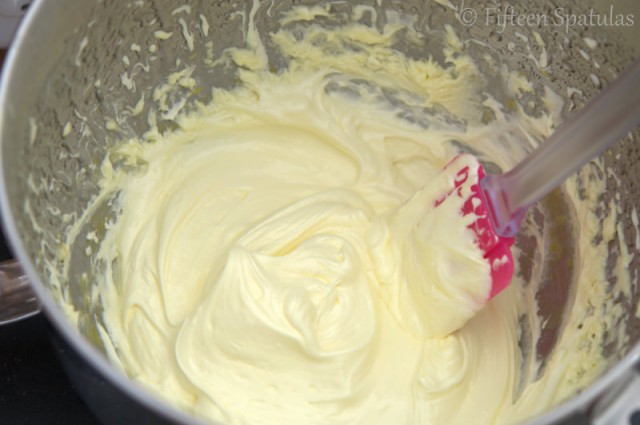 It’s now ready to be piped or spread onto cooled cupcakes! 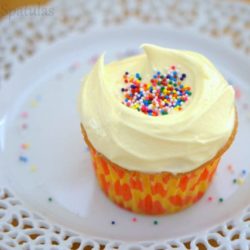