These Chocolate Peanut Butter Marshmallow Squares are a classic no-bake rice krispie treat dessert taken to the next level. 3 layers is better than one!

What is it about marshmallow rice krispie squares? As simple as they are, they’re a dessert that I always get cravings for. 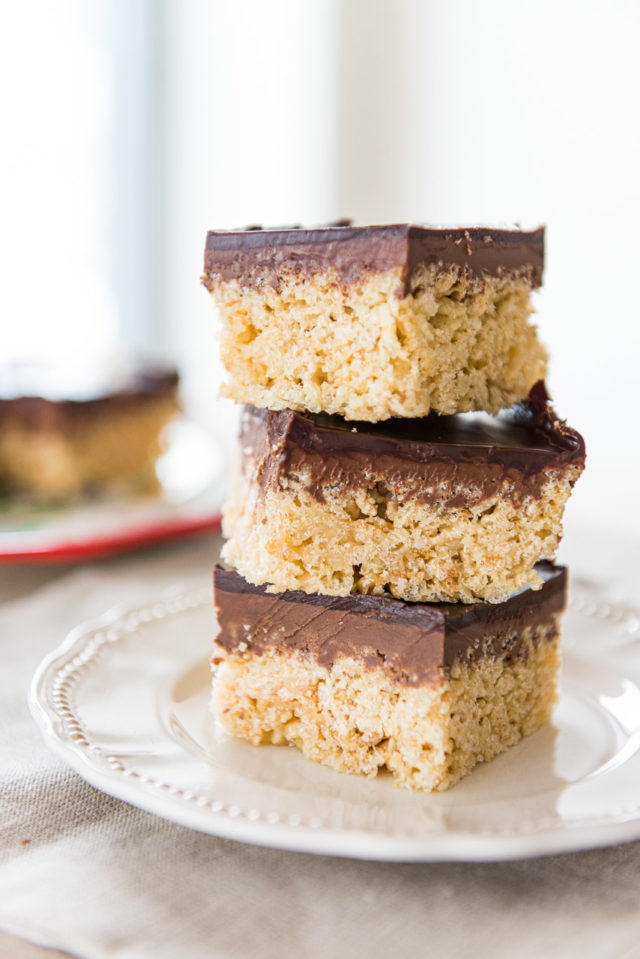 Whether it’s puffed rice here or a creamy rice pudding, this beloved grain is a delicious base for many of the best desserts.

Admittedly there’s quite a nostalgia factor with these, but I don’t think that’s all there is to it.

From time to time I’ll make myself some plain old rice krispies with nothing more than marshmallows, butter, and crispy rice cereal, but sometimes I jazz it up a little bit.

The interesting thing about marshmallow squares is that a lot of the flavor twists I tried that I thought would make it better, actually made it worse. Salted caramel rice krispies? Meh.

However, I love adding chocolate and peanut butter to the party. 3 layers are better than one, as is true with my Millionaire’s Shortbread and Cookie Dough Cheesecake Bars. 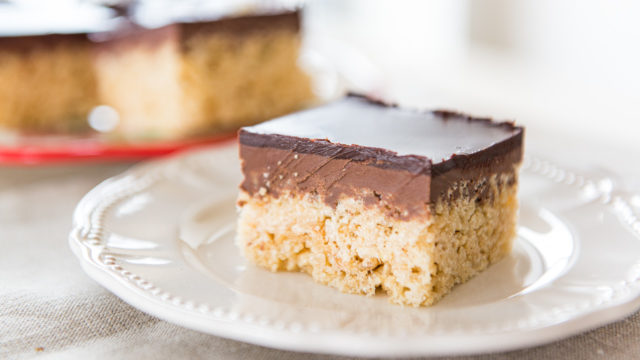 These in particular have a milk chocolate peanut butter layer on the middle, and a darker bittersweet chocolate on top.

How to Make It Step-by-Step

Start by making a classic marshmallow rice krispies mixture (butter and marshmallows melted together, with crispy rice cereal stirred in) and pressing it firmly into the bottom of an 8×8 dish: 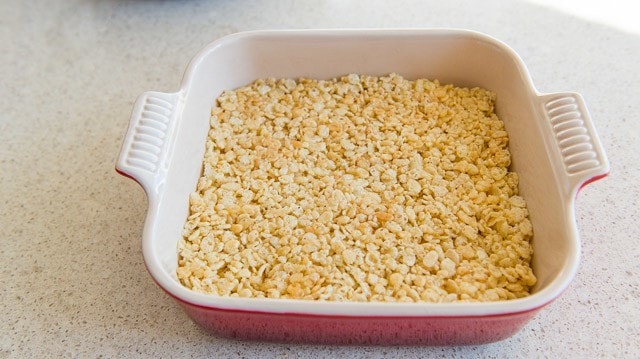 Next melt milk chocolate and peanut butter together, and stir until smooth and combined: 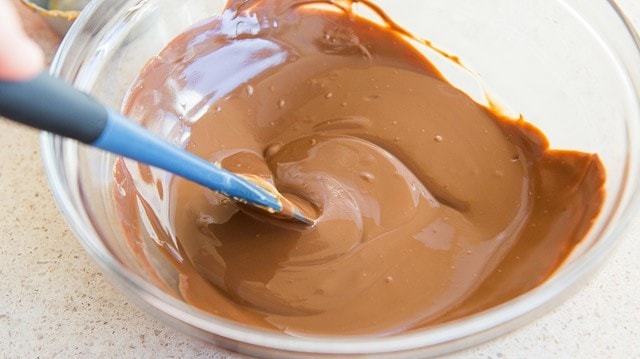 Spread this mixture all over the rice krispies layer: 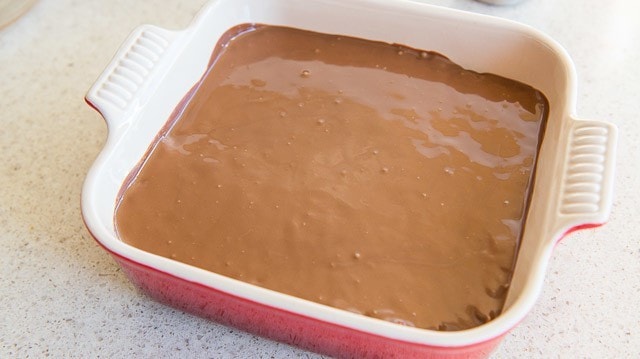 Refrigerate for two hours, then melt bittersweet chocolate and butter together in the microwave, until smooth: 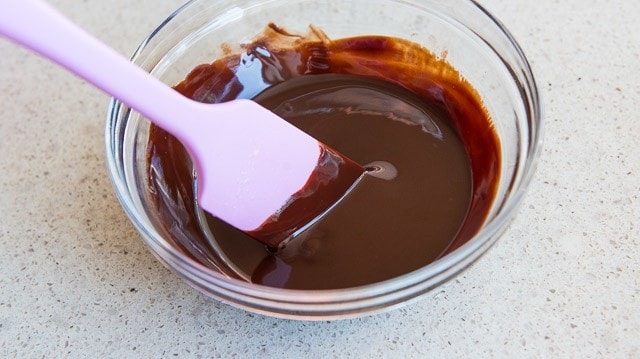 Pour that over the milk chocolate layer, and refrigerate for 30 more minutes until firm.

Then cut the rice krispies bars into squares: 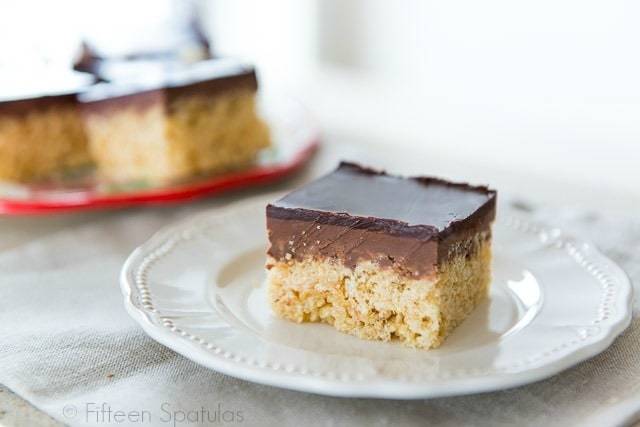 Enjoy! It’s so easy, but one of my favorite nostalgic treats. The full recipe is below, and I made a short video of the process as well. 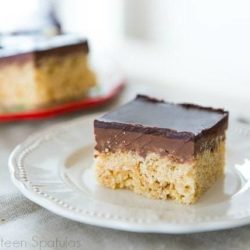 [Updated from the archives with new photos and writing February 2016. Originally posted July 2011]