Lean pork tenderloin is stuffed with a spinach and sun-dried tomato mixture and wrapped in pancetta. It’s a great main entree to slice up for dinner! 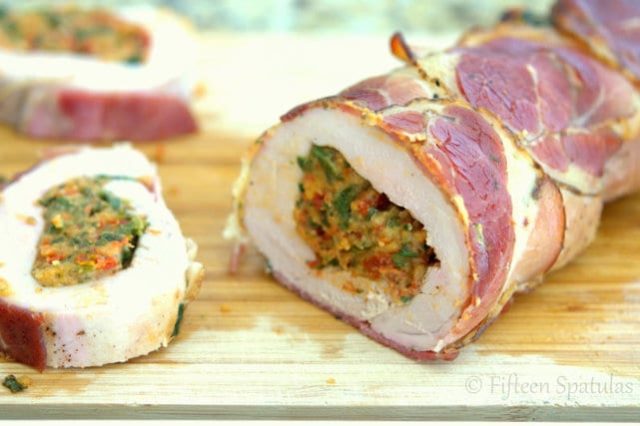 Any situation in which you wrap pork with even more pork is a good one, right?

Wrap it in bacon.

Or wrap it in pancetta.

In this case, this pork tenderloin isn’t just wrapped. It’s stuffed too.

The stuffing is made up of chopped sundried tomatoes, fresh spinach, Italian bread crumbs, and parmesan cheese: 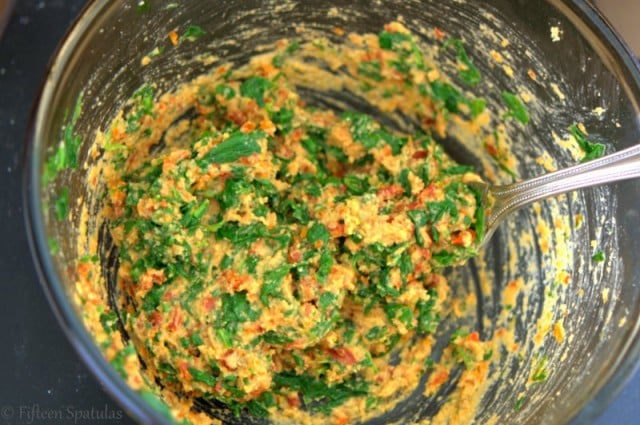 You pound out the pork tenderloin until it’s flat, then slather it with the stuffing: 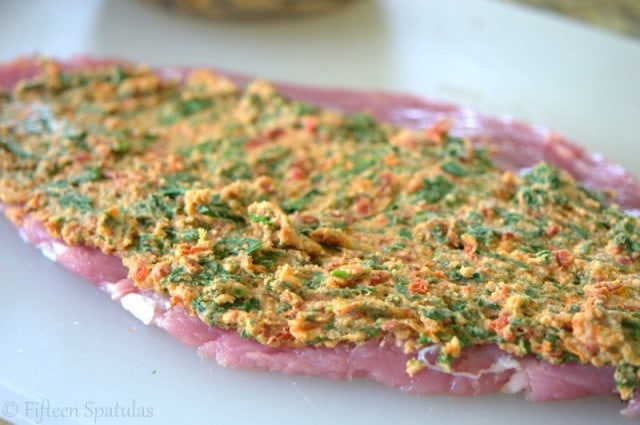 Roll it up, then wrap it with the thinly sliced pancetta. Once it’s tied it’s ready to go in the oven! 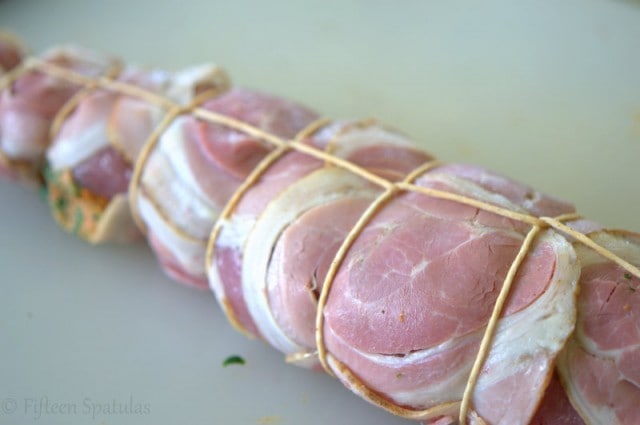 The pancetta flavors the outside of the meat as it cooks: 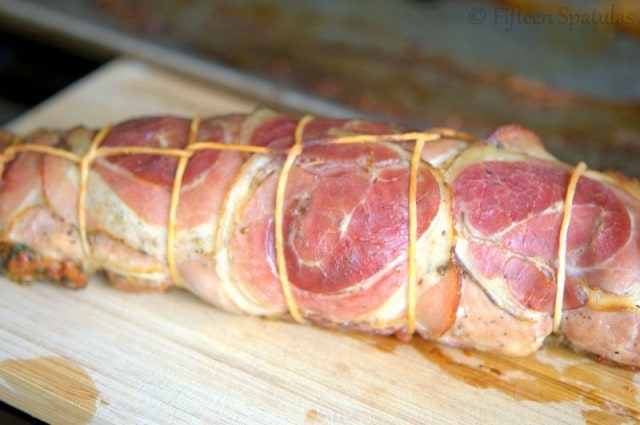 Snip the twine, slice it up, and you’ve got some super flavorful stuffed AND wrapped pork! 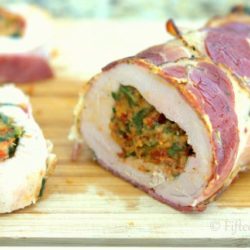 Thank you! You have successfully subscribed to Fifteen Spatulas new posts notifications.
« Previous PostGrilled Peaches with Mascarpone and Pistachios
Next Post » Should You Age Chocolate Chip Cookie Dough?