In today’s Life Lately I’m sharing about why I’m doing Whole30 and what it’s been like so far, plus some site updates. 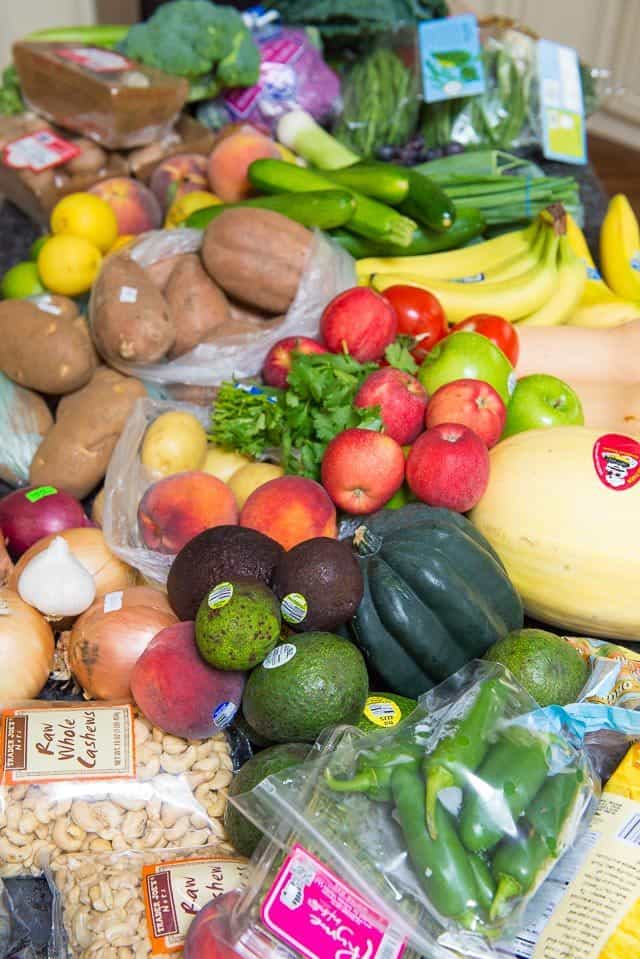 Last time I left off Life Lately #4, I was about to go to Columbus, Ohio for a foodie press trip.

In short, the trip was phenomenal and every single place we ate at in the 4 days was beyond delicious.

Each time I go to Columbus I fall more in love with it, and I’ll be sharing my foodie recaps soon (going through 600 pictures takes some time).

In the meantime, if you’re someone who likes virtual tours of hotels, I’ve already posted a virtual tour of Hotel LeVeque in Columbus Ohio. It’s one of the most beautiful hotels I’ve ever stayed in. 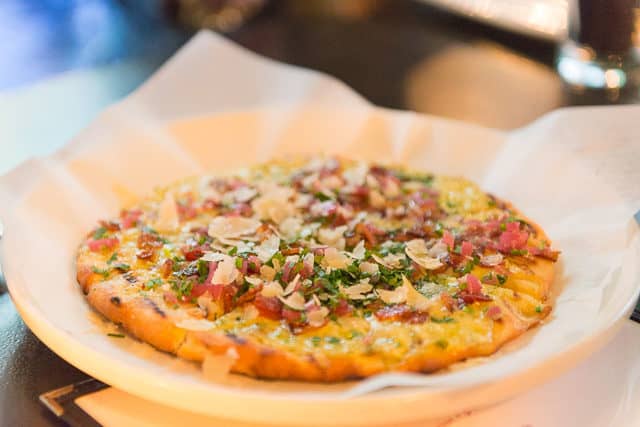 [The best flatbread I’ve ever had, from Basi Italia in Columbus]

Whole 30: Yes, I’m doing it. And I’m already halfway through.

Have you heard of Whole 30?

They don’t like to call it a diet for numerous reasons, but it is an eating program that I’m doing for 30 days.

What you cannot eat on Whole30:

What you can eat (basically):

Kind of crazy pants? I think so.

Or at least, I had heard of this program a couple years ago and a few times since, and I always thought, why would you do that? I wasn’t tempted in the least.

So admittedly, it’s kind of a shocker that I’m doing it now, but I am. 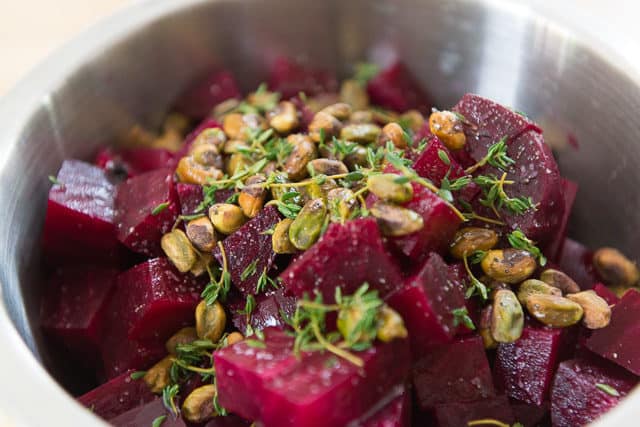 [Roasted beets with pistachios and thyme, one of my favorite recipes for Whole30]

During the Columbus retreat, the topic of Whole30 came up, and my friend Laura talked about her experience doing it.

It piqued my interest, and then I kept asking her more and more questions, until I eventually decided I was going to check it out.

Laura advised me that if I really wanted to do it, I should read the book It Starts With Food first, and I’m really glad I did. It explains the science and reasons why you’re cutting out those foods for 30 days.

I imagine it’d be really hard to stick with if you didn’t know why you were doing it.

The biggest reason I decided I wanted to do Whole30 is that my food habits felt out of control.

I’ve noticed that I’ve been stressed much of the time lately, and when I’m stressed, I eat way worse and I snack a lot.

In other words, my emotions and eating are majorly tied together.

This is not news to me.


This has been true for decades.

And it’s so frustrating.

I’m halfway through the Whole30, and my eating habits have already improved tremendously.

I’m not snacking in between meals, and I don’t feel like I need to, because I’m so dang full from satiating and nutritious food.

Being honest, when I feel stressed out in the moment, I get that urge to snack.

It catches me by surprise, because it’s SO strong and it’s painfully obvious that it’s emotionally driven and not because I actually want to eat. 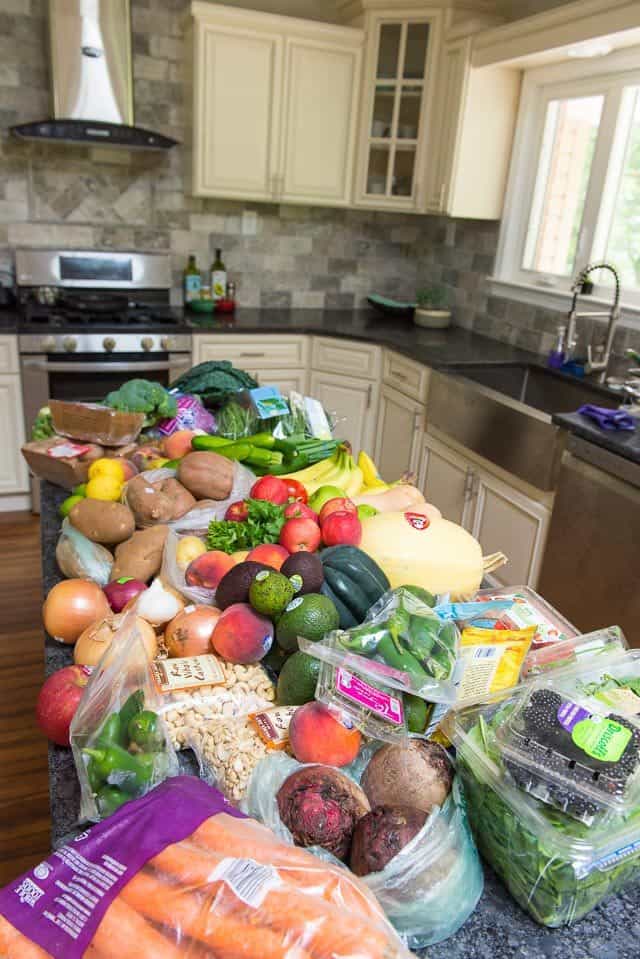 [If you do Whole30, prepare for expensive grocery trips. This is a typical haul that I do every few days]

Whole30 has already opened my eyes to those habits in a completely new way.

Ugh, I hate talking about weight, but it’s a very real part of this, and my life.

I’ve been dieting since I was a kid.

I remember taking diet pills in my middle school years. Pills that were filled with some fiber that was supposed to make me feel full without eating.

Weight management is always something I’ve struggled with, and that’s the plain truth.

Quick question on this statement: Weight is just a matter of calories in, calories out.

I used to believe this is true, but after too much time diligently counting calories to 1200/day and exercising like a crazy person, I started to believe it wasn’t true.

And the co-creators of Whole30 talk about this in their book. They believe it’s false. And as far as I can tell, they prove it to you in Whole30.

You’re not allowed to weigh yourself during the program or measure yourself, so I won’t know for sure until the program is over, but I can already tell that my body composition has changed, even while eating a lot of food.

Truly, I feel stuffed much of the time and have been worried that I’m overeating.

But my body is getting smaller. It’s so weird! 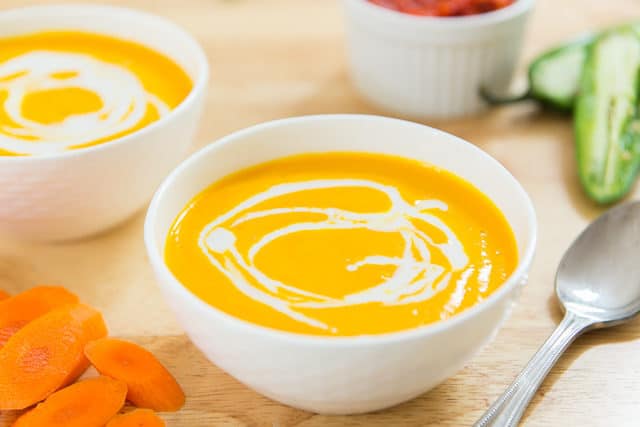 Okay, so I haven’t talked about this much on the blog, but here it all is.

I think I might’ve mentioned it lightly here or there, but I had to give up dairy, corn, and soy for basically a year while James was breastfeeding.

James was vomiting (spitting up is too light of a term for this in my opinion) quite a bit in the early part of his life and we could not figure out why. Doctors said it was normal for babies to spit up, and he was gaining weight just fine, but we were going through like 10 burp cloths a day.

My brother, who worked at a hospital, mentioned that a nurse suggested I cut out dairy.

I ended up testing it out, and James’ vomiting instantly improved.

Through trial and error, I realized that soy and corn were also major issues, so I cut those out too.

Cutting out those three foods was really hard for me. I had never had any food sensitivities of my own, and it really gave me an understanding of what it’s like to have a dietary restriction or allergy.

Eventually I weaned, and went back to enjoying all the dairy I had missed.

But holy cow, my body could not process dairy in the same way anymore.

I’ve read a bit about food tolerance, and sometimes you think that a food is fine for you because you’re eating it all the time, but it’s actually wreaking havoc inside your body.

There’s a 10 day reintroduction period after Whole 30 where you bring back certain food groups one at a time and observe how your body responds, and I want to see what happens.

Everyone’s body is different, and I think the reintroduction experiment is a good thing for people to do because it teaches you about your body.

There is SO much said about what is healthy and what is not (to the point where it annoys the heck out of me), but via Whole30, my body will actually tell me what it doesn’t like.

It’s so easy to roll your eyes at talk like this, but the Whole30 book talks a lot about the health reasons for doing Whole30, including reducing inflammation, stabilizing blood sugar, hormone balance, and a million more things.

They say you’ll have “tiger blood” later in the 30 days and feel full of energy, and I’m doing this to see how I feel after eating this way for a while. This remains to be seen.

Will Whole30 change how I eat?

I don’t actually know yet, but will I stop eating all of these food groups forever? Almost certainly no.

The authors talk about this in their book, and don’t recommend doing Whole30 as a Whole365.

There are other reasons for eating besides nutrition, including for social and pleasure reasons.

The point of Whole30 is to equip you with the knowledge to make decisions about how much and when you want to eat the foods that your body has trouble with.

I may eat more Whole30-compliant meals, but I don’t think I can ever give up cookies and cake forever.

Is this changing the blog?

No. In case you didn’t notice, I’ve been posting Whole 30-noncompliant recipes in the past couple weeks, because I don’t want to make anyone do Whole30 with me! Hah.

There are a few Whole30 recipes I’ve made that I absolutely LOVE and want to eat even when I’m not doing Whole30, so I will likely share those in the future.

I usually post on Instagram stories every day, and I’ve been sharing a lot of my Whole30 meals on there, so feel free to follow along if you’re not already.

This is off topic from the Whole30 stuff, but I’ve been doing a lot of work behind the scenes to update my recipes so they have more helpful information like cook times, reheating instructions, nutritional information, jump to recipe buttons, and so on.

I’m still making my way through everything, but I’m really striving to update everything.

Can you do me a quick favor?

If you’ve made any of my recipes, can you pick one post to rate? I just added ratings to all the recipe cards as another feature. You leave the rating via the comments. Thanks so much!

Hope you enjoyed this life lately update, and if you have any questions about my Whole30 experience or anything else, I’ll jump into the comments section to discuss.