This delicious Blackberry Crisp is made with blackberries tossed in a lavender-infused syrup, and topped with a crisp and crumbly oat streusel topping. Serve warm with a scoop of ice cream!

A fruit crisp is one of those perfect desserts that is really simple to make, but good enough to serve at special dinners or parties. There’s definitely a reason it’s often on restaurant dessert menus. 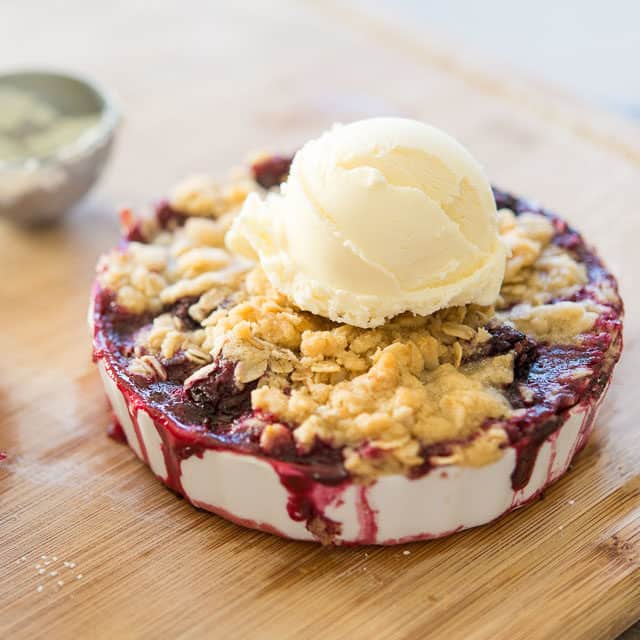 When berries are in-season in the summer, crisps are a great way to let the fruit shine with some supporting players, but truthfully you can make this blackberry crisp any time of year using frozen berries. It still tastes fantastic, and has a similar texture.

How to Make a Blackberry Crisp:

This is optional, but I like to make a lavender infused syrup for the blackberries. I think desserts infused with lavender are so lovely, with two of my other favorites being these Lavender Shortbread Cookies and Lavender White Chocolate Lace Cookies.

You can get dried lavender either online or sometimes in the spice section of the grocery store. 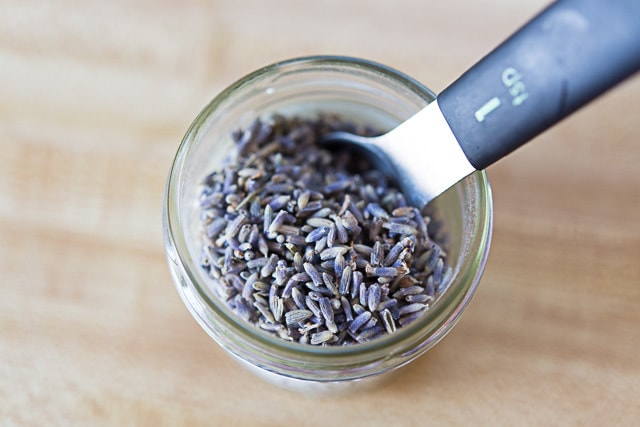 Combine the lavender in a saucepan with sugar and brandy: 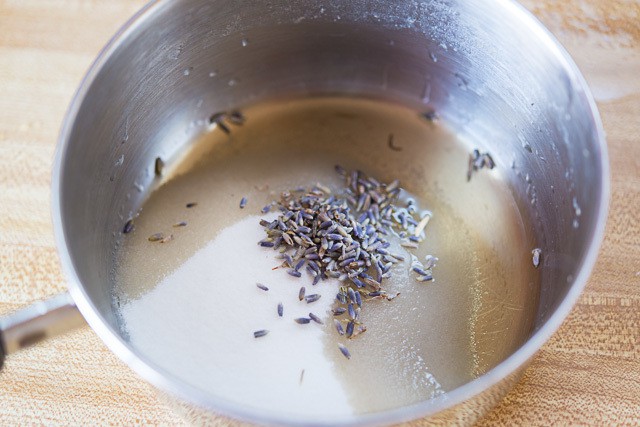 Let it cook to infuse the sugar with the lavender, then add it to your berries along with cornstarch.

If you’re not using the lavender, you can simply toss the sugar, brandy, and cornstarch with the blackberries.

Distribute the mixture in ramekins: 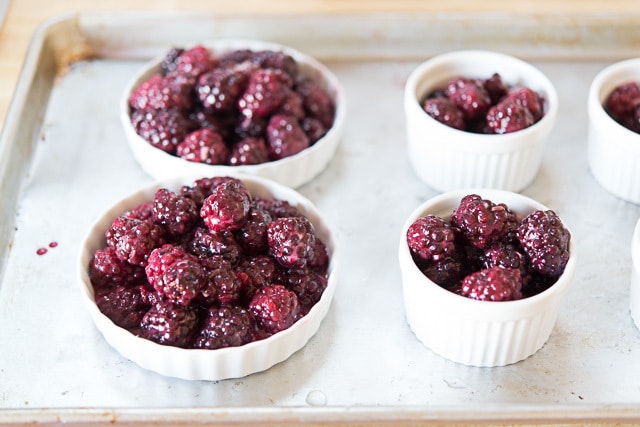 Next pile on the oat topping, which is made with butter, flour, brown sugar, and oats.

By the way, the difference between a crisp and a crumble is that the topping of a crisp contains oats, where the crumble does not. However, people often use the names interchangeably! 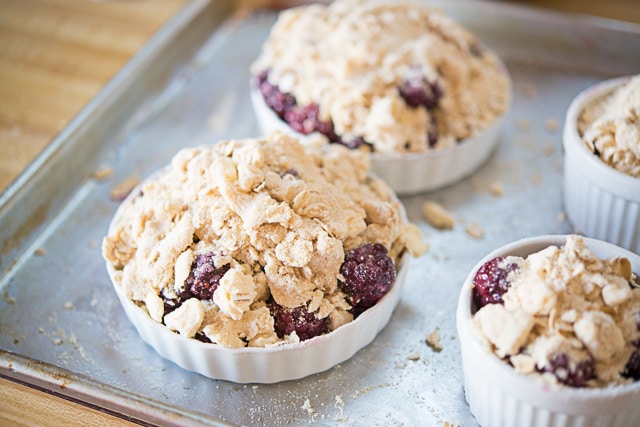 Bake until the blackberries release their juices and get thick and bubbly: 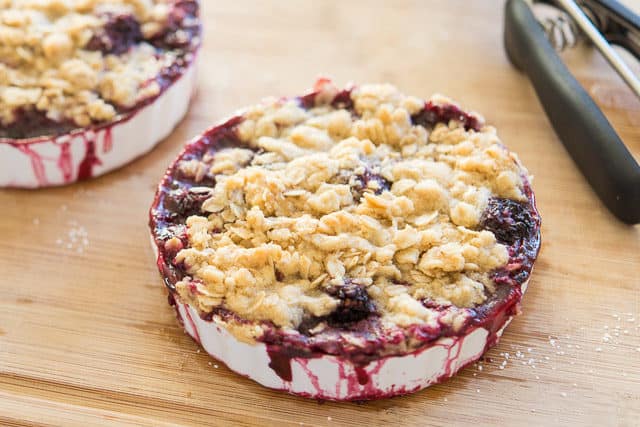 Serve with a scoop of vanilla ice cream on top, while the crisp is still warm: 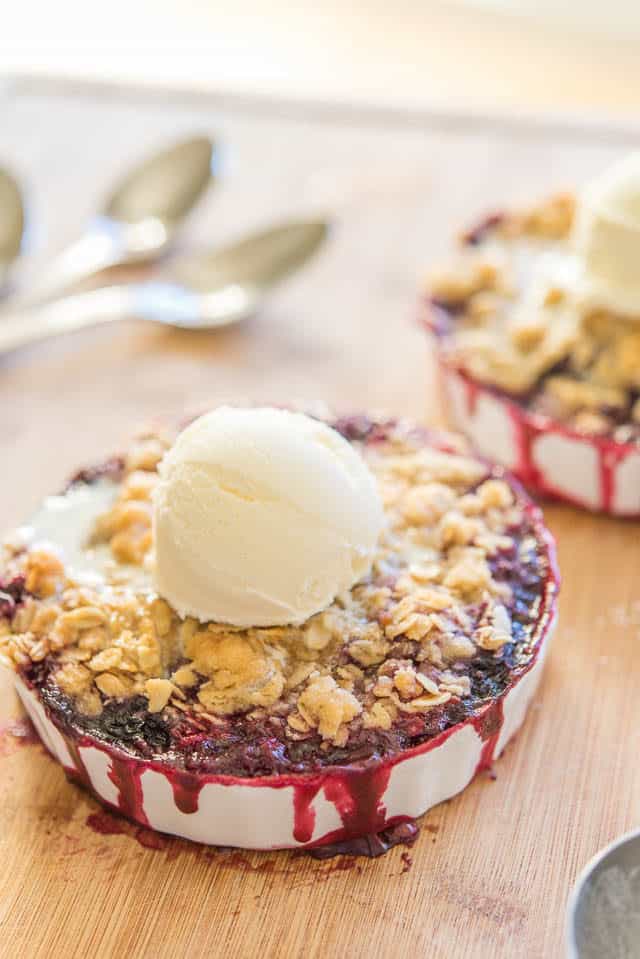 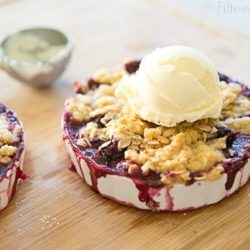 For the crisp topping:

Post updated in June 2018 with photos and writing. Originally published May 2014.

Thank you! You have successfully subscribed to Fifteen Spatulas new posts notifications.
« Previous PostCilantro Lime Cauliflower Rice
Next Post » How to Dice Zucchini