These Irish Cream Brownies are dark, rich, and fudgy, with a butterscotch-like Caramelized White Chocolate Buttercream on top. 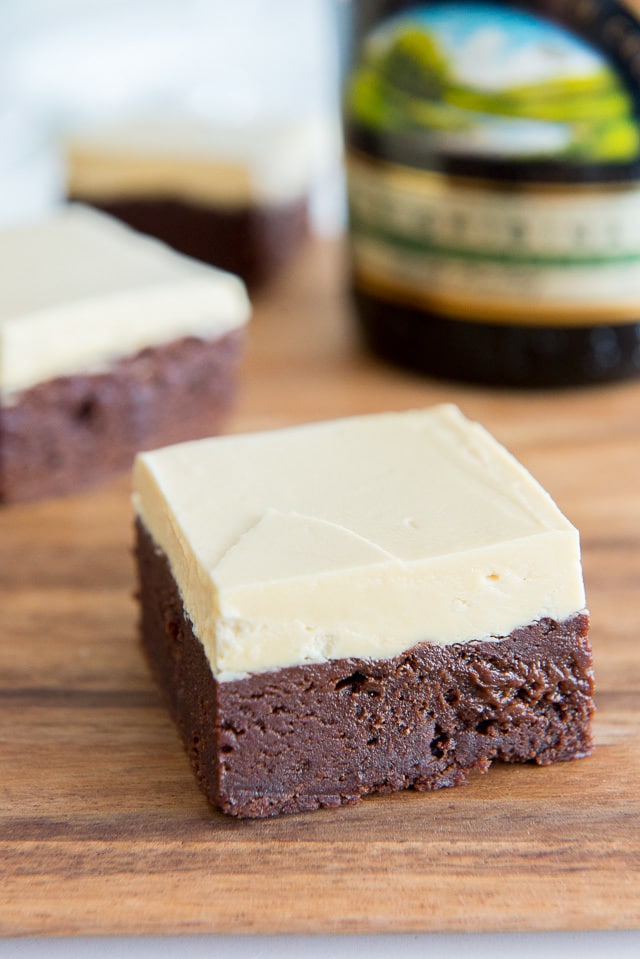 Between the Irish Cream in the brownie batter and the caramelized buttercream, there are so many amazing flavors here that make this my favorite brownie recipe.

I remember discovering the Irish Cream flavor via a pint of Haagen Dazs ice cream when I was a kid and thinking it was the best thing in the world.

Mind you, I had no idea until many years later that Irish Cream was a type of liqueur and not simply a flavor of ice cream, but the flavor is what we’re all after, right?

I’ve mentioned here before that I’m not a big drinker but I’m a big fan of cooking and baking with spirits. It’s such an easy way to elevate food with a flavor component AND an aroma component. 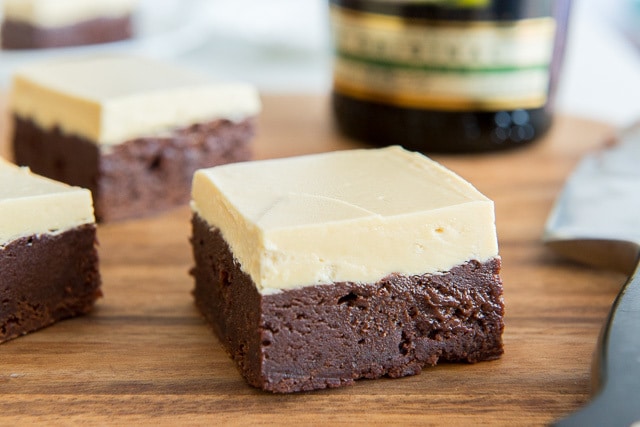 These brownies are very moist and fudgy, dark, and rich.

While they could definitely be enjoyed on their own, they are so much better with caramelized white chocolate buttercream on top.

The brownies themselves aren’t overly sweet, so the sweetness that white chocolate has goes perfectly.

How to Make Brownies:

Start by melting together chocolate and butter in the microwave: 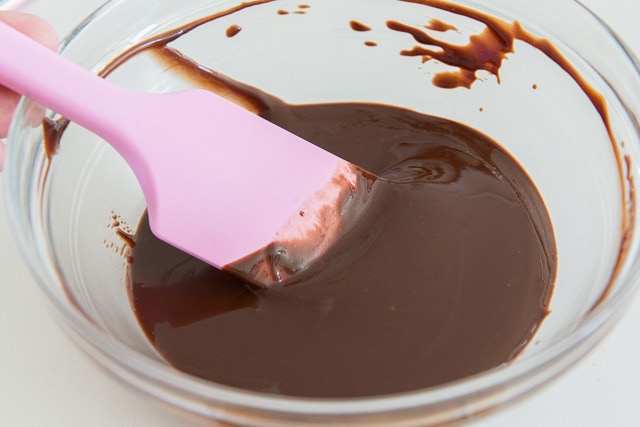 Set this aside to cool.

In a separate bowl, whisk to combine sugar and eggs: 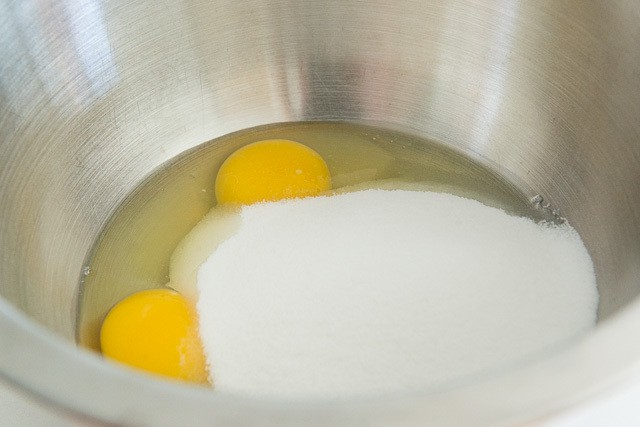 Mix until you get a frothy and pale yellow mixture: 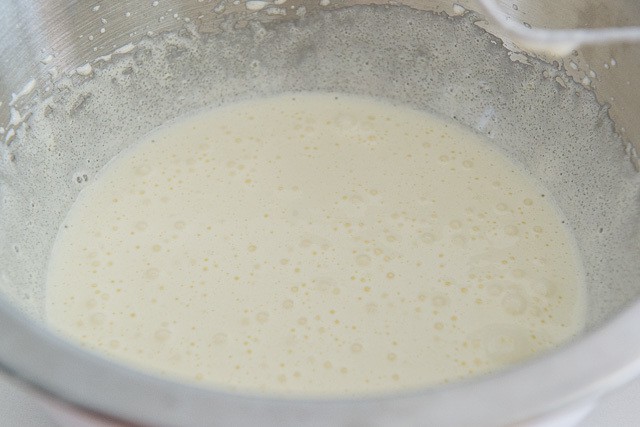 For the dry ingredients, whisk together cocoa powder, flour, and salt: 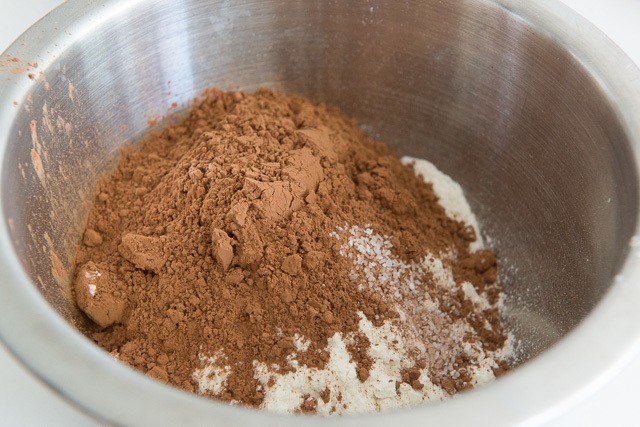 Return to the wet ingredients, and add the chocolate butter mixture to the sugar egg mixture, along with Irish Cream: 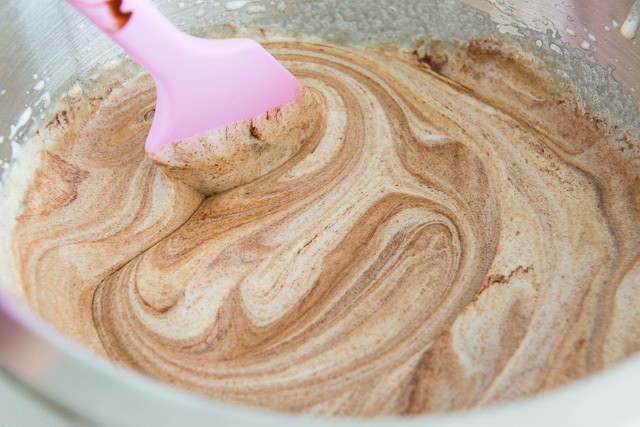 It will be a treat for your eyes to swirl it all together…it’s so pretty!

And eventually it should be a smooth chocolate brown: 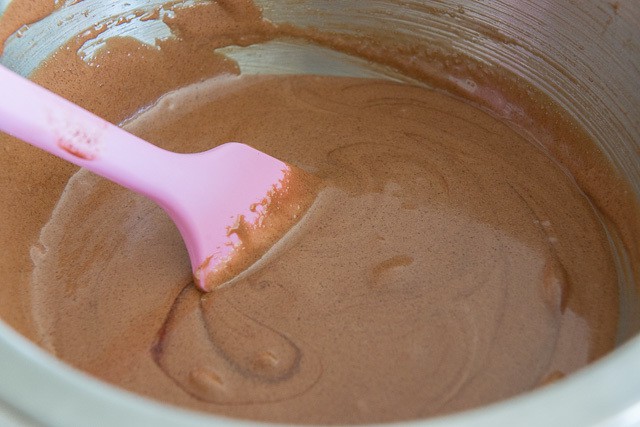 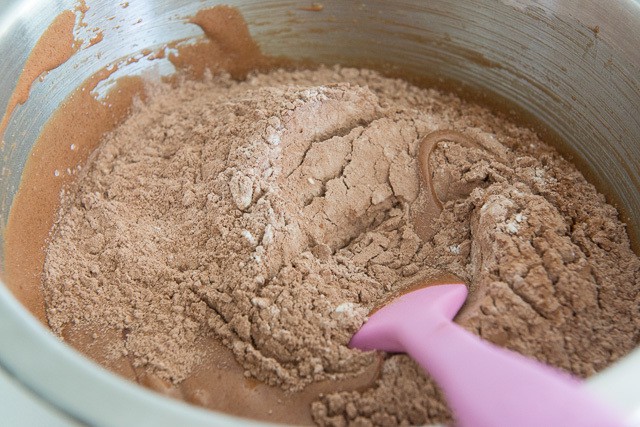 Stir together until you get a thick brownie batter with no streaks of flour, and spread evenly into a nonstick 8×8 square pan: 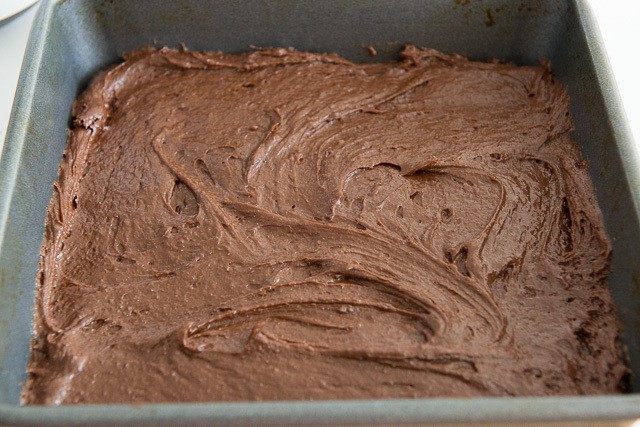 Bake for 17 minutes, then let the brownies cool.

How to Make White Chocolate Buttercream:

If you’ve never had caramelized white chocolate, I will tell you that it is one of the most exquisitely delicious things I’ve ever tasted.

Here’s a full post on how to make it step-by-step, but basically you roast white chocolate chunks in the oven for about 45 minutes at 250F, stirring every 7-8 minutes, until the white chocolate is the color of butterscotch.

It’s quite easy, and white chocolate is a hundred times better when its sugars are caramelized and toasted. 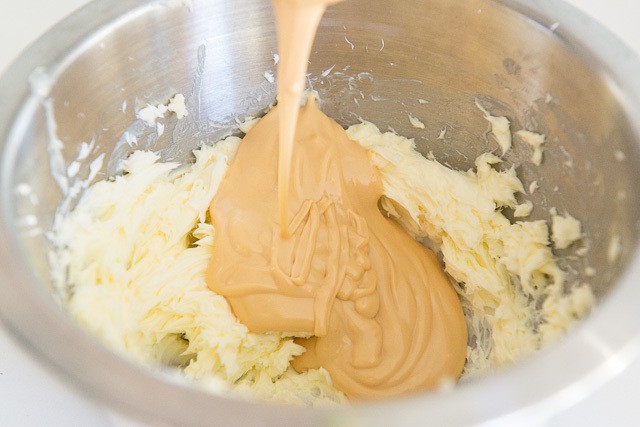 Whip together until smooth: 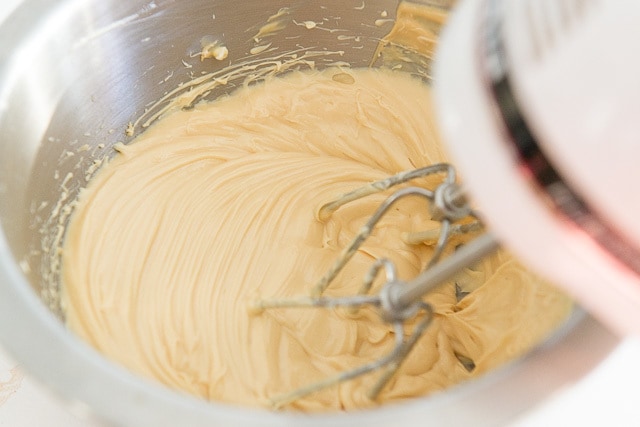 Then add a touch of confectioner’s sugar, about 1/3 cup: 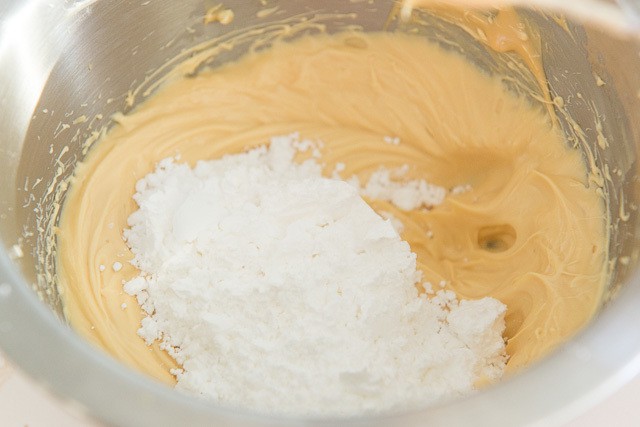 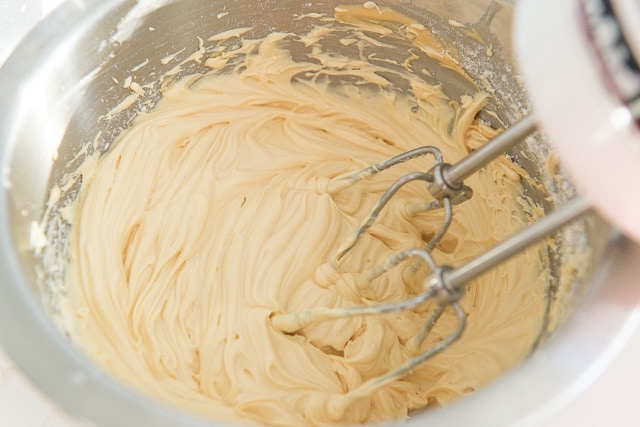 Don’t you want to dip your finger into there? So luscious!

Flip the brownie square out of the pan and frost the top of the (cooled) brownies with the caramelized white chocolate buttercream: 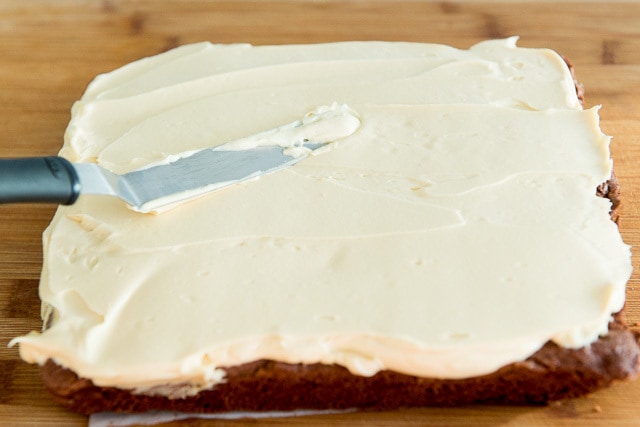 Refrigerate the brownies to firm up the buttercream, then they can be cut into squares: 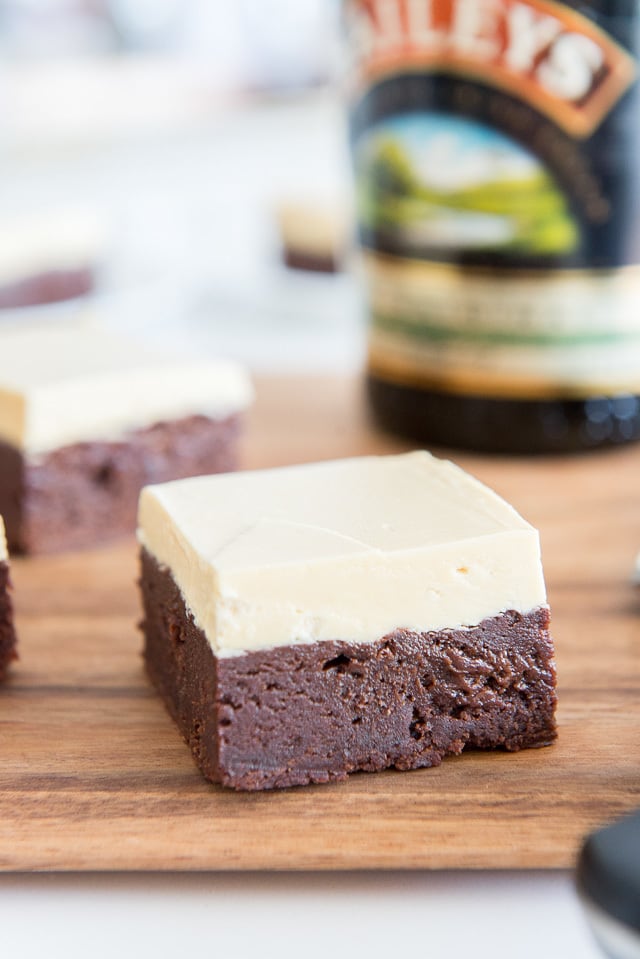 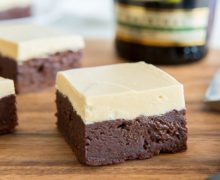 For the Irish Cream Brownies:

For the Caramelized White Chocolate Buttercream:

To make the Brownies:

To make the White Chocolate Buttercream:

*To caramelize white chocolate, set the oven to 250F. Cut the white chocolate into chunks with a knife and spread on a baking sheet. Cook for a total of 45 minutes, stirring every 7-8 minutes. The white chocolate will get smoother and smoother, and darker and darker, each time. By the end of the cooking time it should be the color of butterscotch and completely smooth. NOTE it is very important to use a real white chocolate that’s high-quality and high in cocoa butter. Buy brands such as Valrhona, Scharffenberger, or Callebaut. A full post on it is here.