Truly crispy potatoes without oil are possible using this simple cooking method. This is a great side for so many different meals! 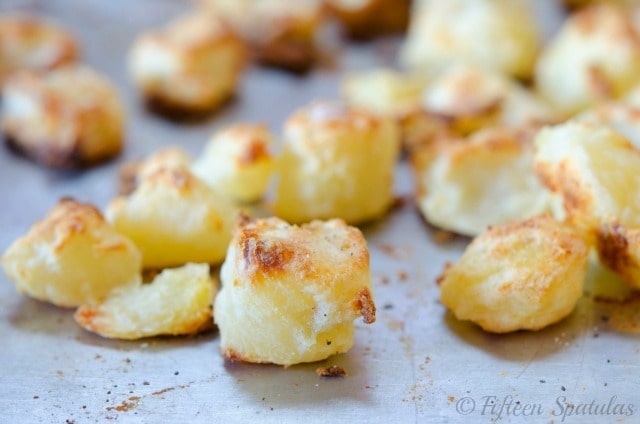 It’s strange to see “fat free” and “crispy” so close together, isn’t it?

I certainly can’t blame you if you’re skeptical and think that potatoes can’t be fat free and crispy at the same time…but oh, they can! Trust me, they can.

So if there’s no oil, how do the potatoes get crispy? 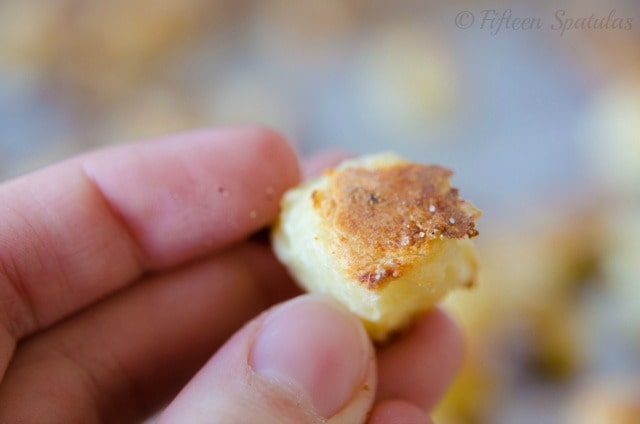 I discovered the crispiness sort of by accident two years ago. I had seen a recipe for crispy potatoes from Nigella Lawson, and they looked so good…but the recipe called for two 11-ounce jars of goose fat for 5 lbs of potatoes!!! Can you imagine the fat and calories? I couldn’t. So I tried making them in a similar way, but without the fat. And they crisped nicely! It’s not the same crunch as a french fry of course, but I find that I still snack on them and am satisfied just the same. 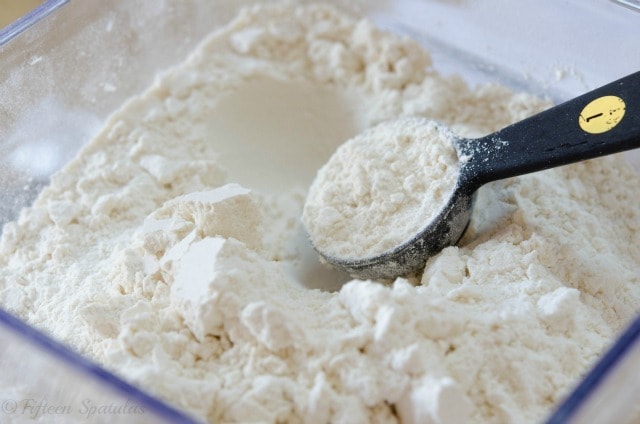 You dice them up, just like you would with any regular old potato recipe: 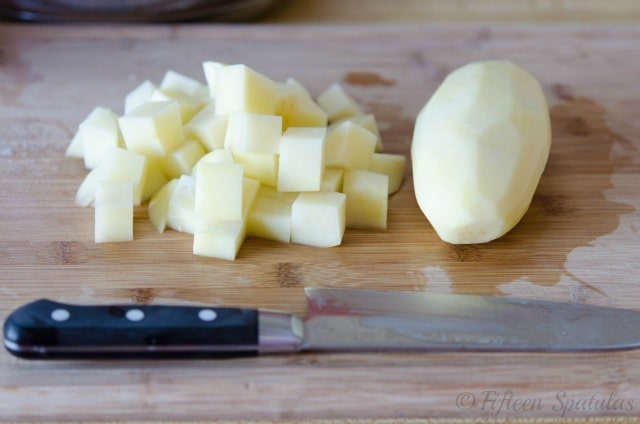 Then you start by parboiling them (just partially cooking them) for 3-4 minutes at a rolling boil.

Then you drain the potatoes, put them back in the pan with a spoonful of flour, and shake the pan up real good.

This changes the shape of the potato pieces, makes the edges lighter, and coats the edges with the flour: 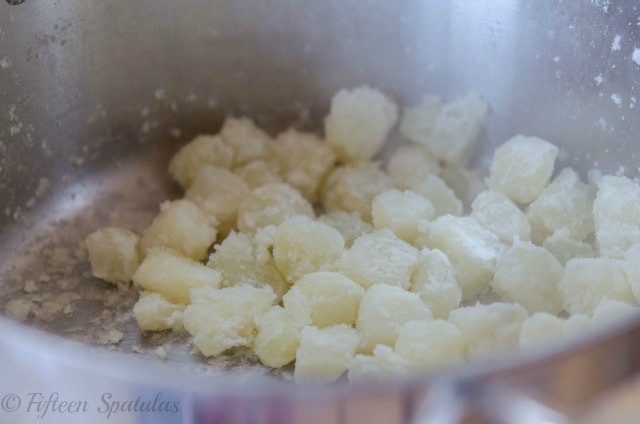 Then you throw the potatoes onto a sheet pan and put them in a really hot oven, and that’s when they develop their crisp brown edges. 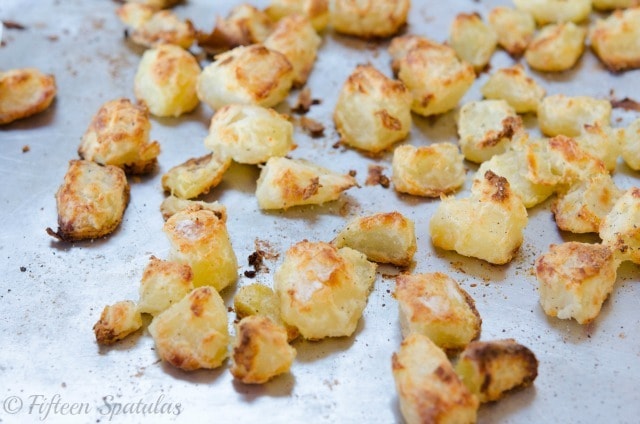 I first posted a similar recipe when I started the blog a little over two years ago, but so many of you weren’t part of the Fifteen Spatulas family at the time, and these are just too great to snack on this time of year. Don’t be shy about getting creative with the seasoning. In addition to salt and pepper, you could do garlic powder, onion powder, cayenne, chili powder, and all sorts of stuff that strikes your fancy. Have fun with it! 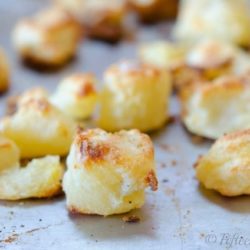