Juicy plums are tossed with brandy and cinnamon, and baked with a crumbly, buttery oat topping. Add a scoop of tart raspberry sorbet for the perfect finish! 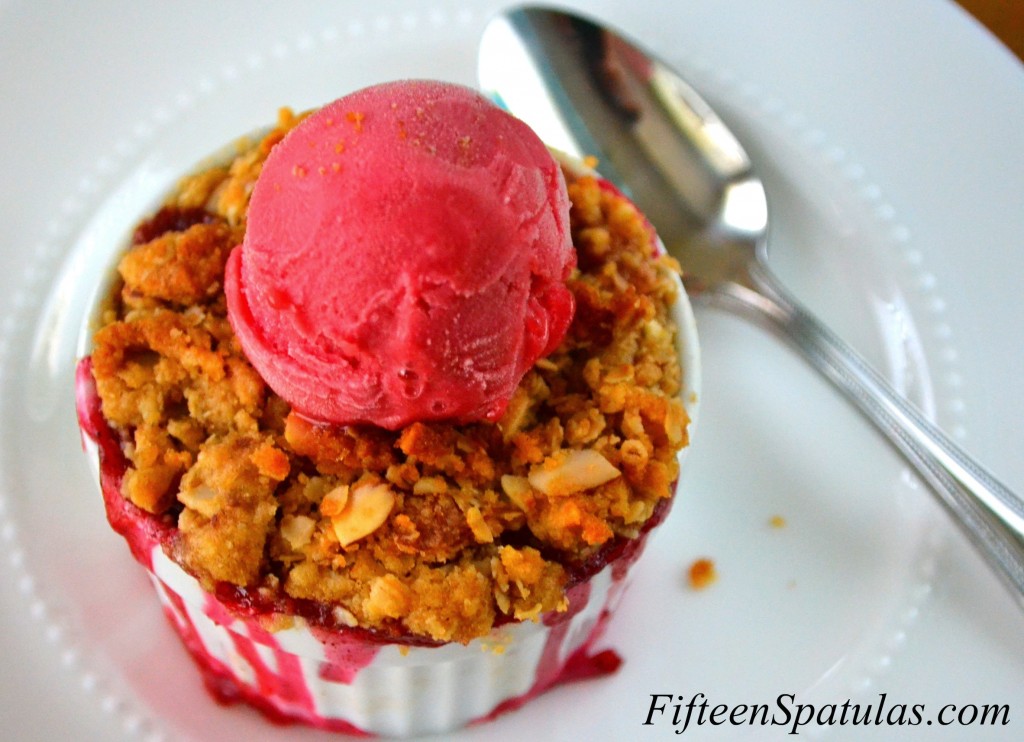 I have to confess, as beautiful as these summer plums are, they are really just a vessel for the crumble topping.

I have a very difficult time restraining myself from picking off the topping before I get to the plums, and I would say I only succeed about 50% of the time.

With that said, it should be no surprise that it peeves me when you order a crumble or crisp at a restaurant and they don’t give you enough topping.

So do not fear!  Plenty of topping in this recipe!

Quarter plums up so they are in small slices: 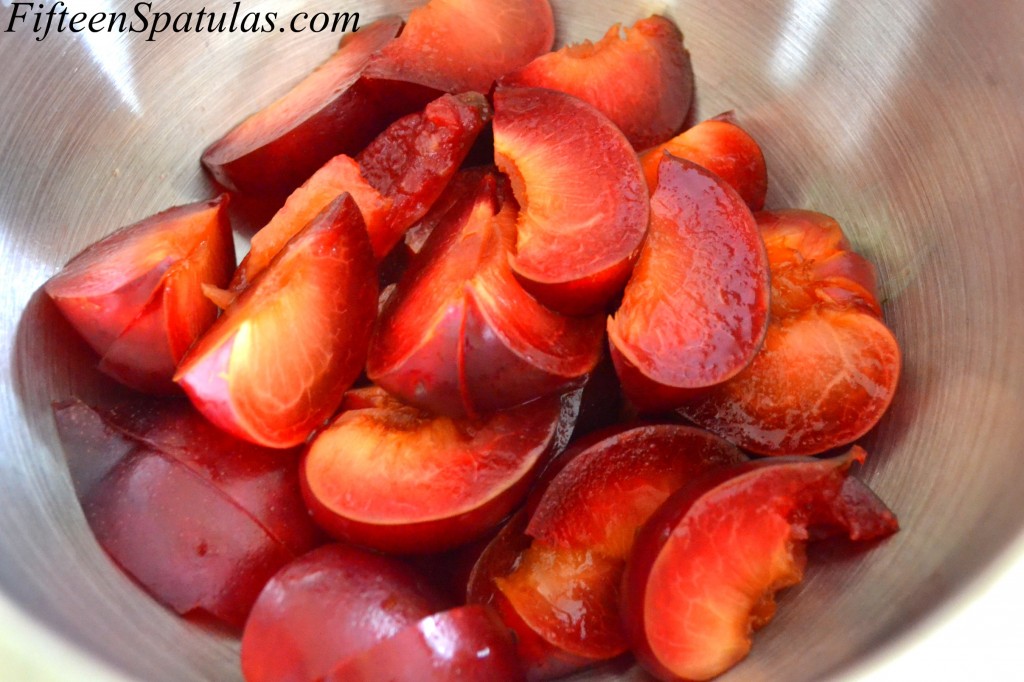 Toss the plums with sugar, flour, brandy, and cinnamon.

Place the plums in ramekins and sprinkle with a crumb topping made from flour, oats, brown sugar, salt, and cinnamon: 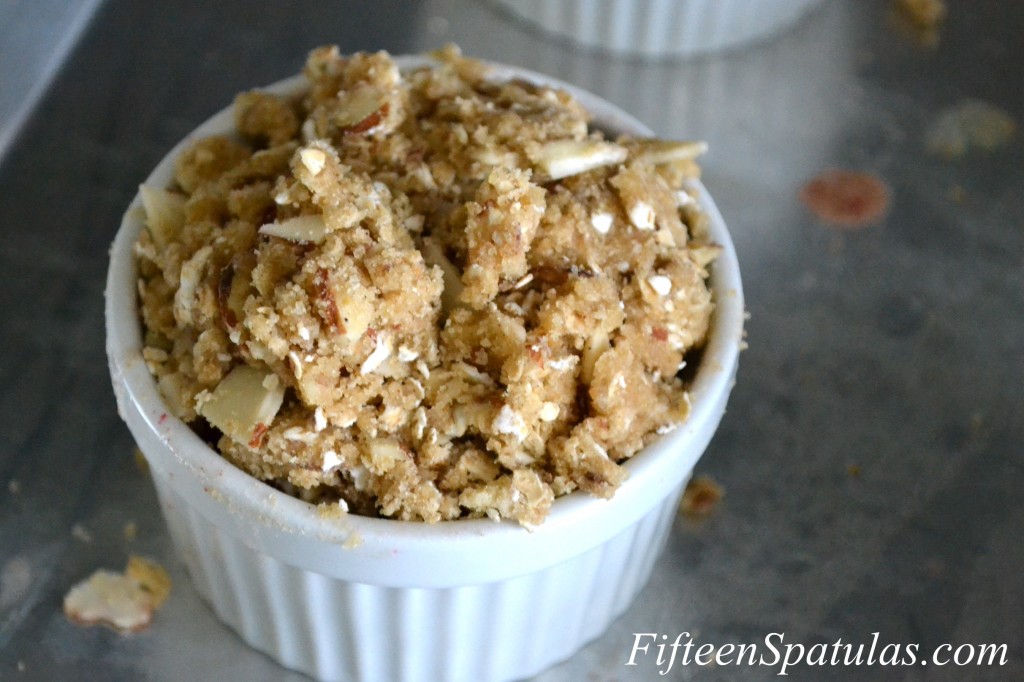 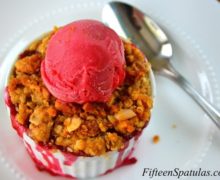 For the Crumble Topping: