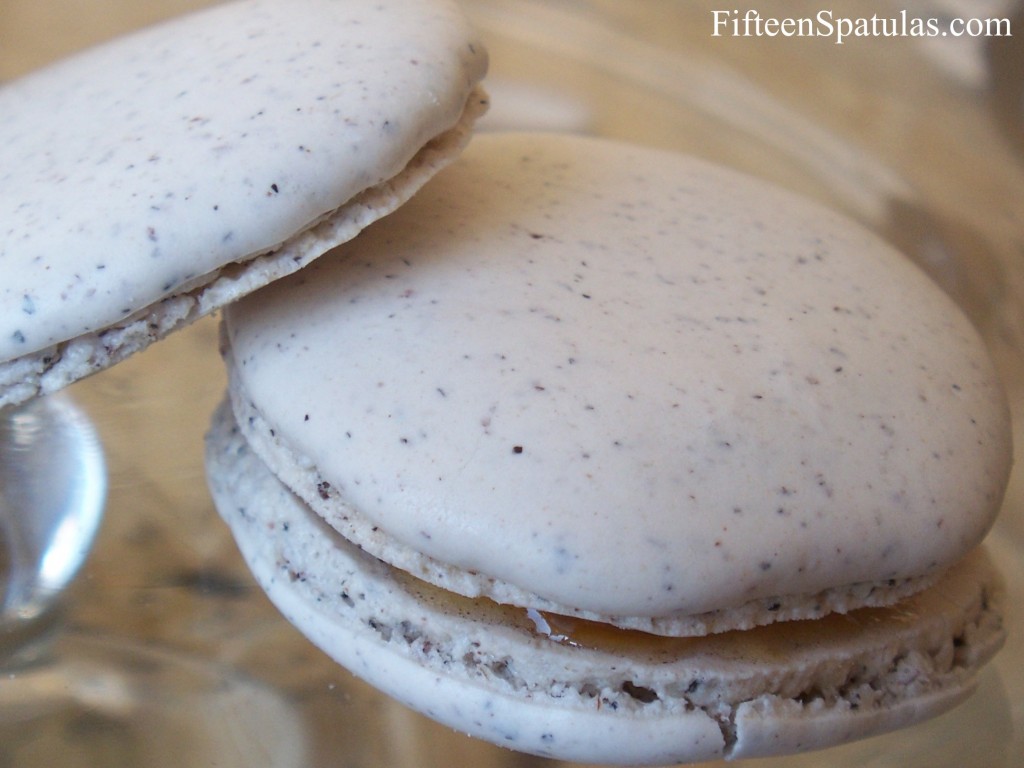 This was my first adventure in macaron making, and while I won’t say it’s my last, these are certainly a “once in a while” treat.  Macarons are very trendy right now, and I had been seeing them everywhere, so I decided to use my leftover egg whites from the Meyer Lemon Curd to make some.  They were pretty tedious to make (even for somebody who likes to spend all her time in the kitchen), and every step of the way things had to be weighed and done very precisely.  But man are they delicious.  No wonder these things are popping up everywhere.  My friend Jaqie recently made some with Earl Grey, so I decided to go with the tea theme as well and grind up some blackcurrant black tea into the almonds and powdered sugar.  Yum!  Here’s how it all happened:

I used this recipe I found online called Almost Foolproof Macarons.  They are made a bit untraditionally, via making an italian meringue, but they turned out pretty well.  A lot of my macarons cracked (and my research revealed that this apparently means the oven is too hot), and while they still tasted good, I think next time I will try making them the traditional way.

I started out by grinding up some slivered almonds, powdered sugar, and three tea bags of blackcurant black tea in the food processor until it turned into a really fine meal like this: 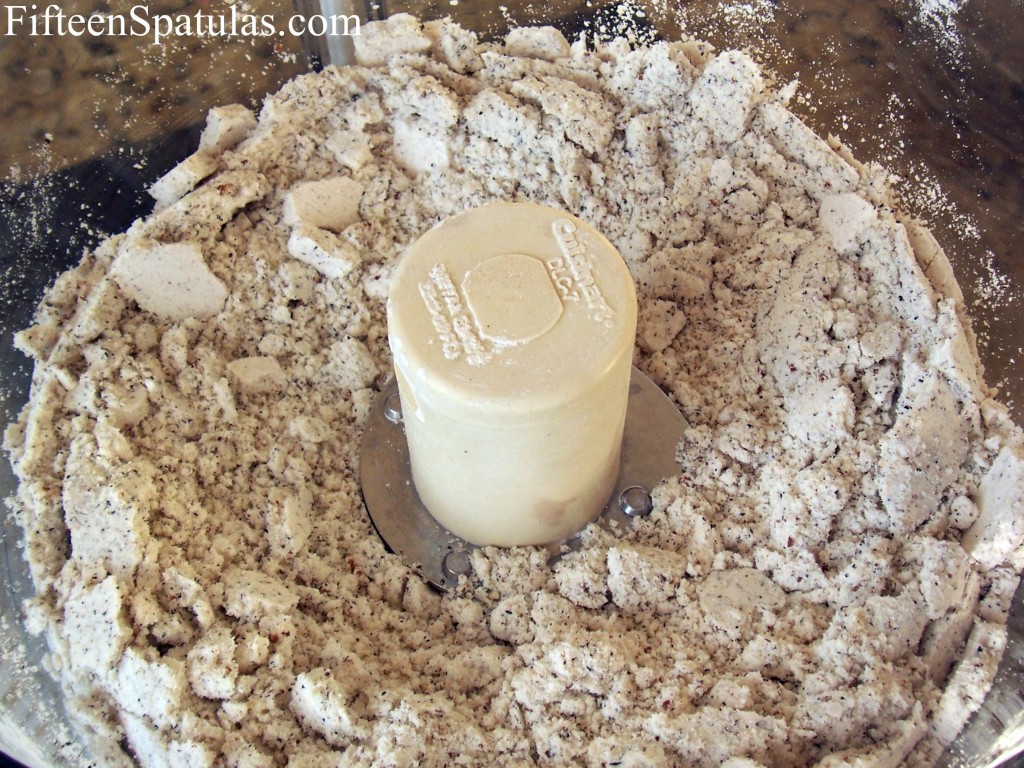 I placed them into a bowl, and mixed in some of the egg whites: 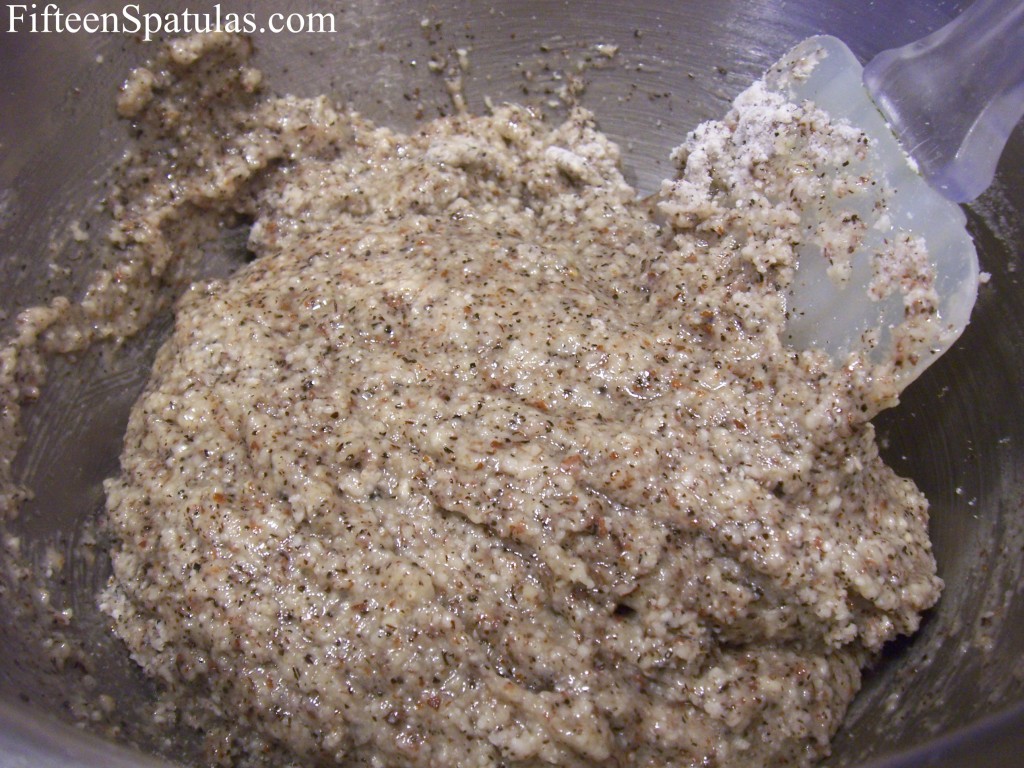 Then I made a sugar syrup by bringing some sugar and water to 230 degrees F, and slowly poured it into some beaten egg whites to make the italian meringue: 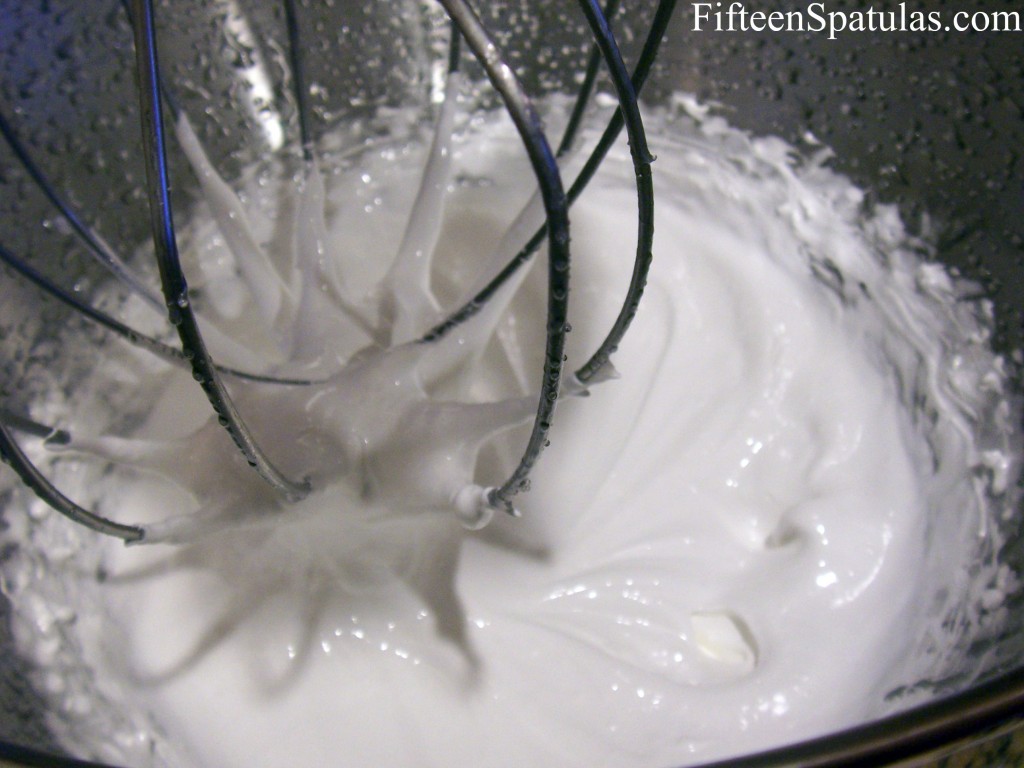 I folded the egg white/ground almond mixture delicately into the meringue (and it looked like marshmallow fluff!): 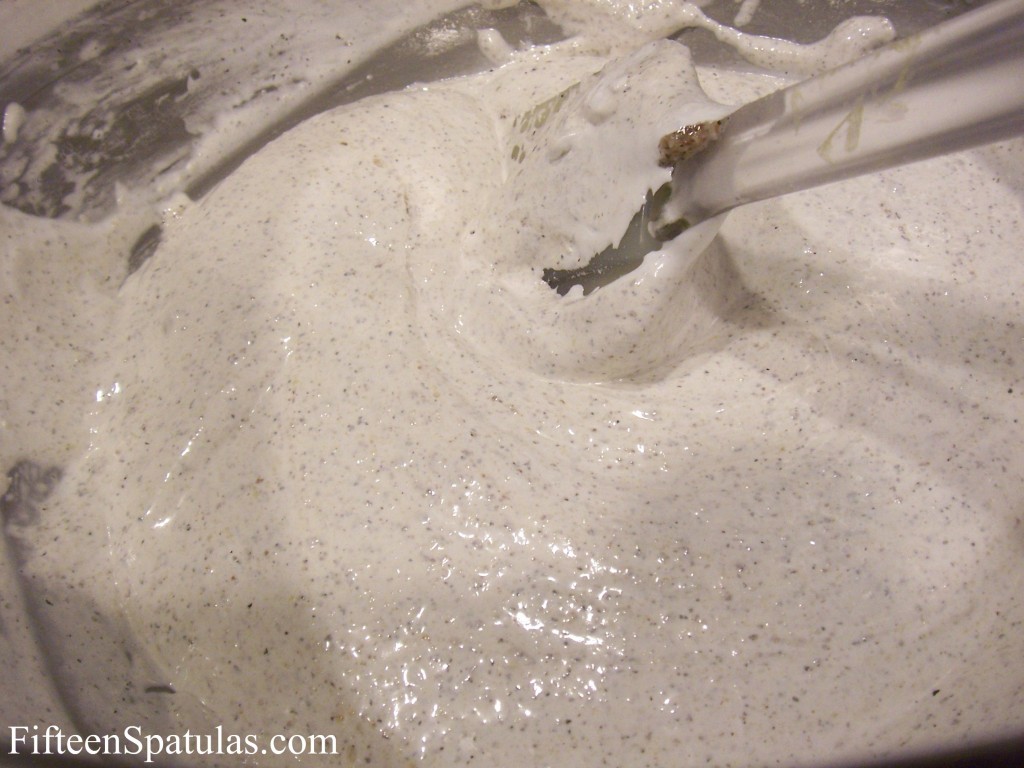 I filled a pastry bag with the macaron mixture, piped it onto parchment paper in 2 inch rounds, and baked at 320 degrees F for 20 minutes, and ended up with some delicate and heavenly macarons! 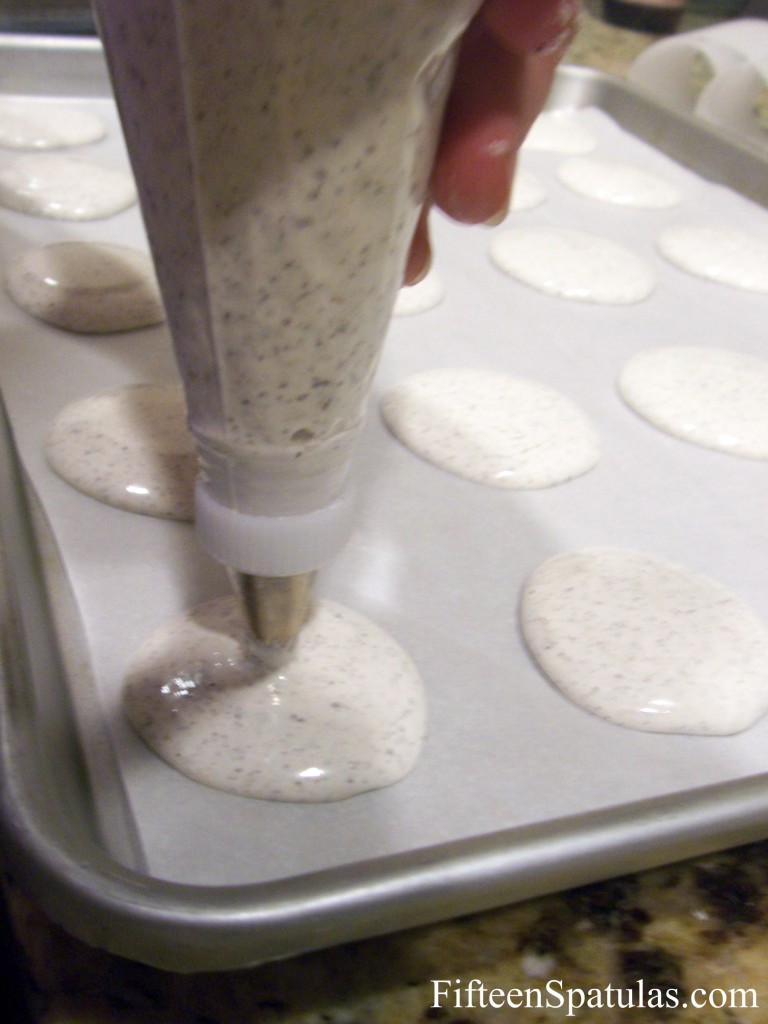 All in all it was a good experience, though I would say if you are going to try these out, be prepared for it to be a challenge, but you will be rewarded with some GOOD eats!